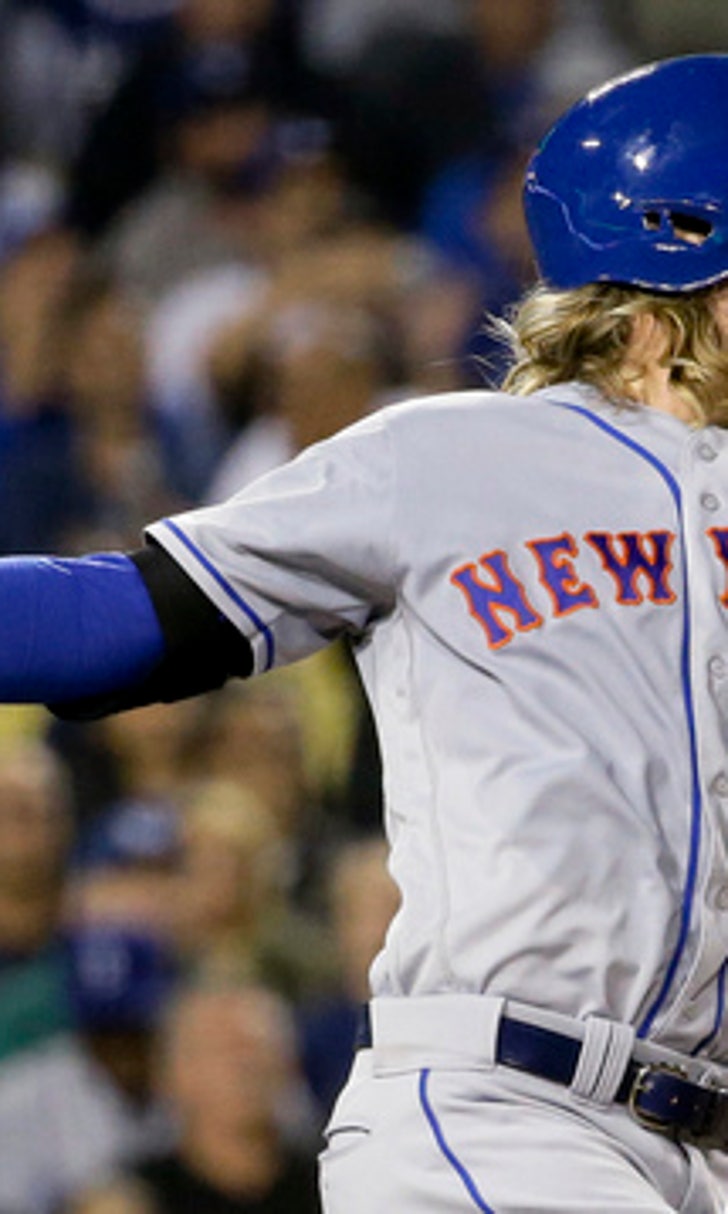 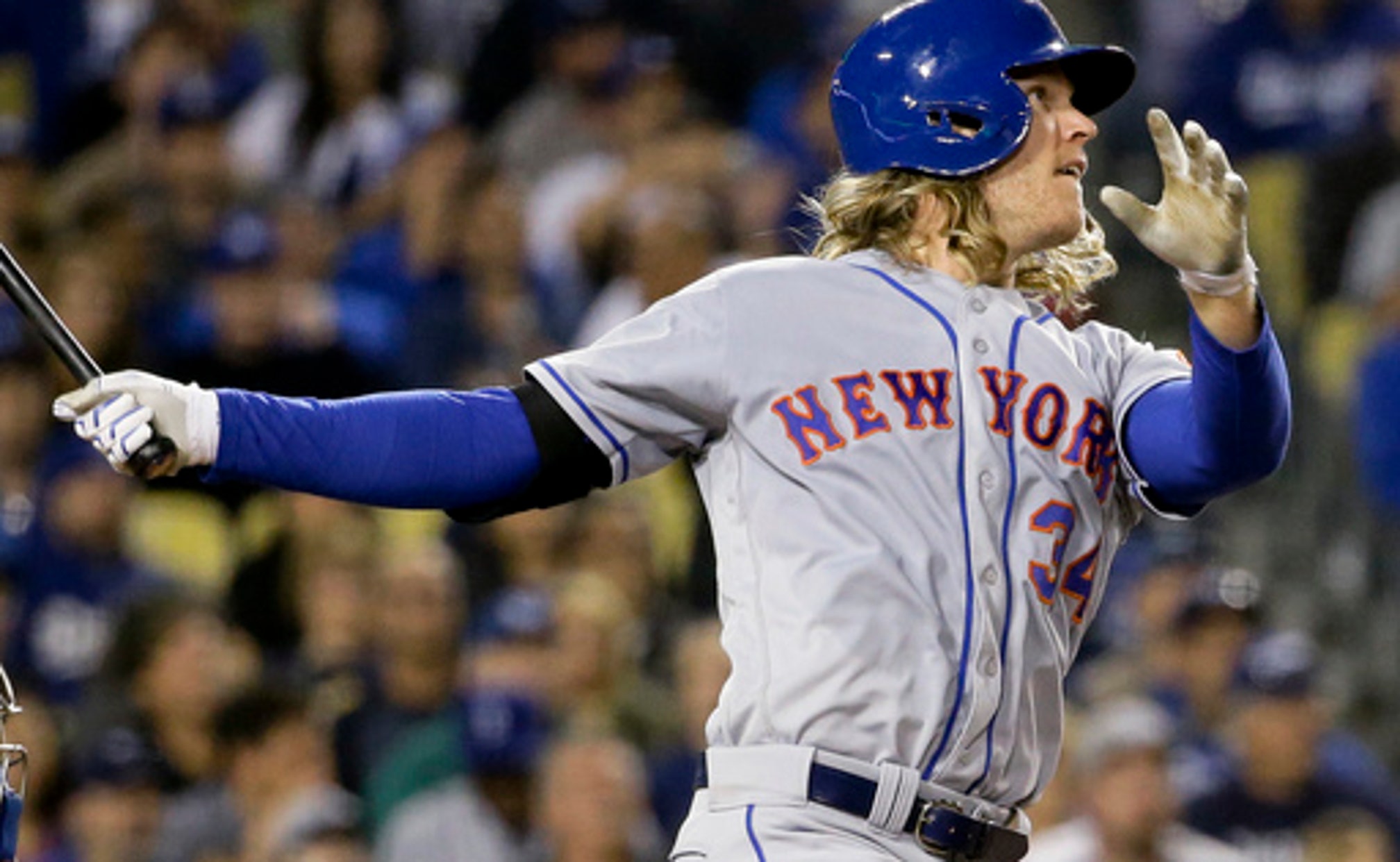 Pitchers not always pushovers at the plate 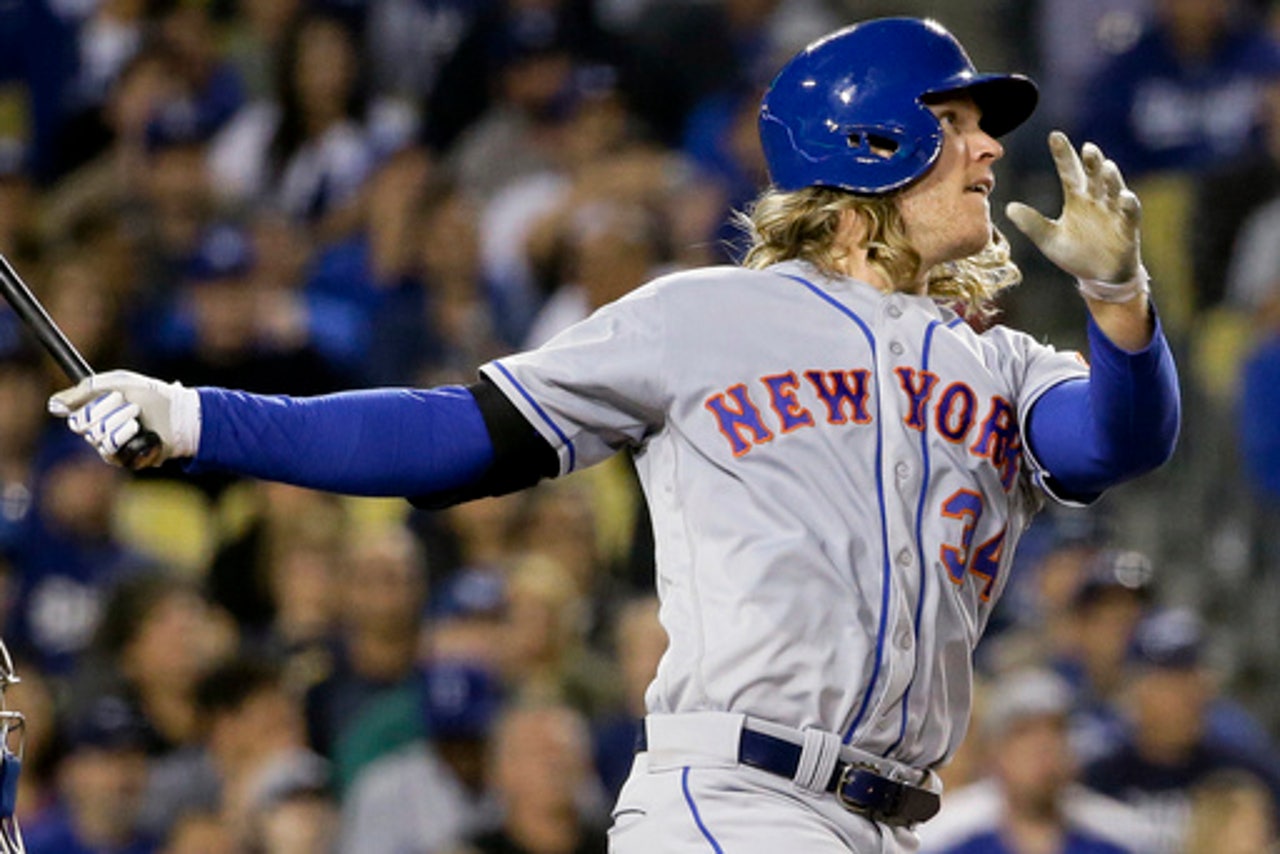 The New York Mets already had one of the game's most celebrated starting rotations, and now their pitchers are outdoing each other in an entirely unexpected manner.

With their bats, not their arms.

Last weekend, Bartolo Colon hit the first homer of his career at age 42 in San Diego. It was a moment that seemed hard to top, but Noah Syndergaard did his best when he went deep twice in Los Angeles against the Dodgers on Wednesday night. This wacky stretch of unlikely slugging is a reminder that as overmatched as pitchers are at the plate, they are capable of making solid contact on occasion.

''We definitely take pride in it,'' San Diego right-hander Colin Rea said. ''We compete against each other as a staff. We spend more time on it when we are at home just because we have more time and we can take BP on the field. Usually on the road we don't do too much.''

Bumgarner is 2 for 20 to start this season, but one of his hits was a homer. Jake Arrieta and Adam Wainwright have also gone deep in 2016.

So has Kenta Maeda, the Los Angeles right-hander who gave up the two homers by Syndergaard.

Syndergaard is hitting .200 for his young career, and he now has three home runs to his credit. So he's not an automatic out, and at 6-foot-6, 240 pounds, he can drive the ball when he makes contact.

''When you're that big and strong obviously, if you can put that barrel on the ball you can hit a homer,'' Mets manager Terry Collins said. ''He does handle the bat pretty well, but you never expect any pitcher to a hit home run.''

There's been plenty of speculation recently that the designated hitter could eventually come to the National League, standardizing that rule across all of baseball and eliminating the spectacle of pitchers trying to hit. But Commissioner Rob Manfred has said he's OK with the status quo.

In fact, last year Manfred joked that the DH could deprive baseball fans of the chance to watch Colon hit, which he called ''a great source of entertainment.'' Little did anyone realize that the portly right-hander would provide one of 2016's most endearing moments by hitting a home run.

For every homer, of course, there's someone on the other end who allowed it, and nobody wants to give one up to a pitcher. Rea said it's important to avoid taking anybody lightly when you're on the mound.

''There are some good-hitting pitchers out there. You pitch them the way you think they would pitch you,'' Rea said. ''It is hard to see spin when you don't see it all the time. It is tough to hit curveballs or sliders. You can't be afraid to throw those in there every once in a while. They can time up a fastball just like any other hitter.''

As for his own approach at the plate, Rea keeps it simple.

''If I see a fastball I try to hit it as hard as I can,'' he said. ''We take pride in our bunting too. That can also lead into you staying out there for an extra inning or two if the manager has faith in you to get the bunt down. But if there's nobody on and they say it is all right to swing, you try to hit the ball as hard as you can.''