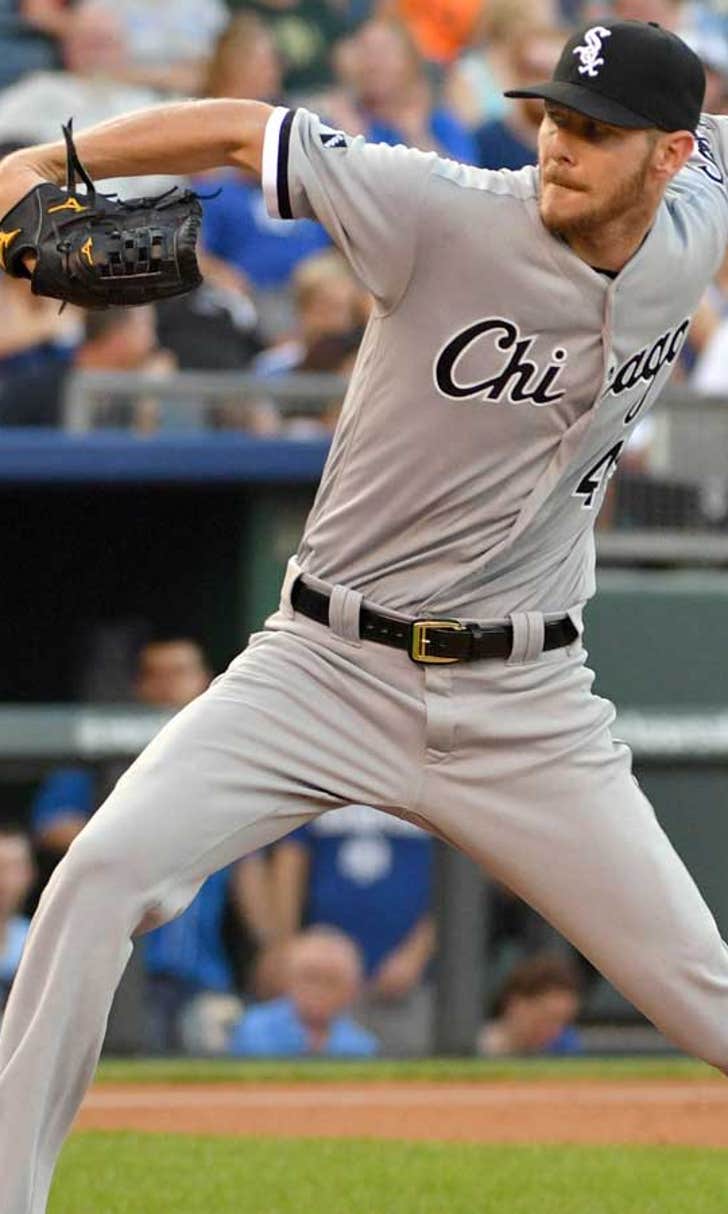 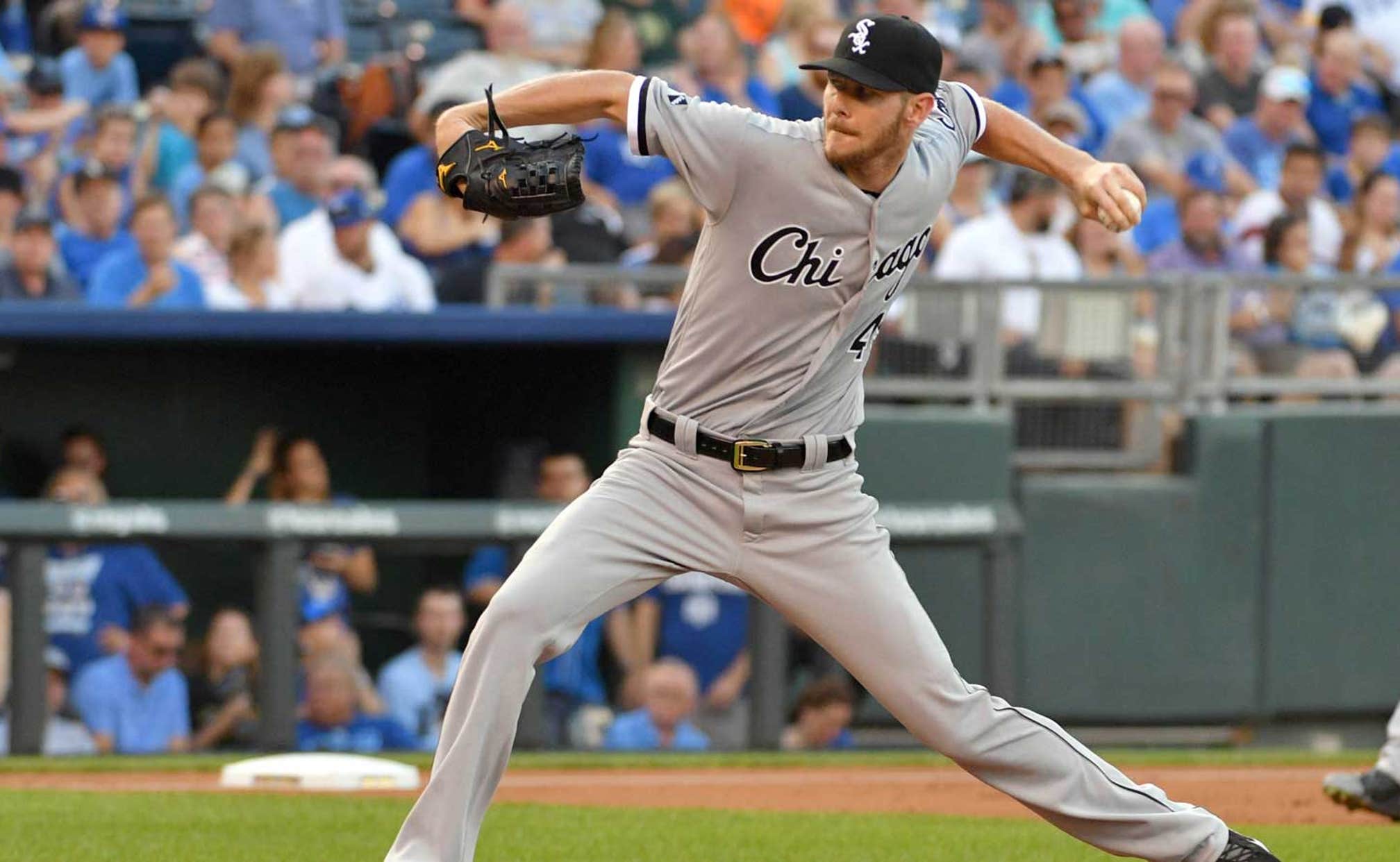 Notes: The Nationals are in the mix for Chris Sale 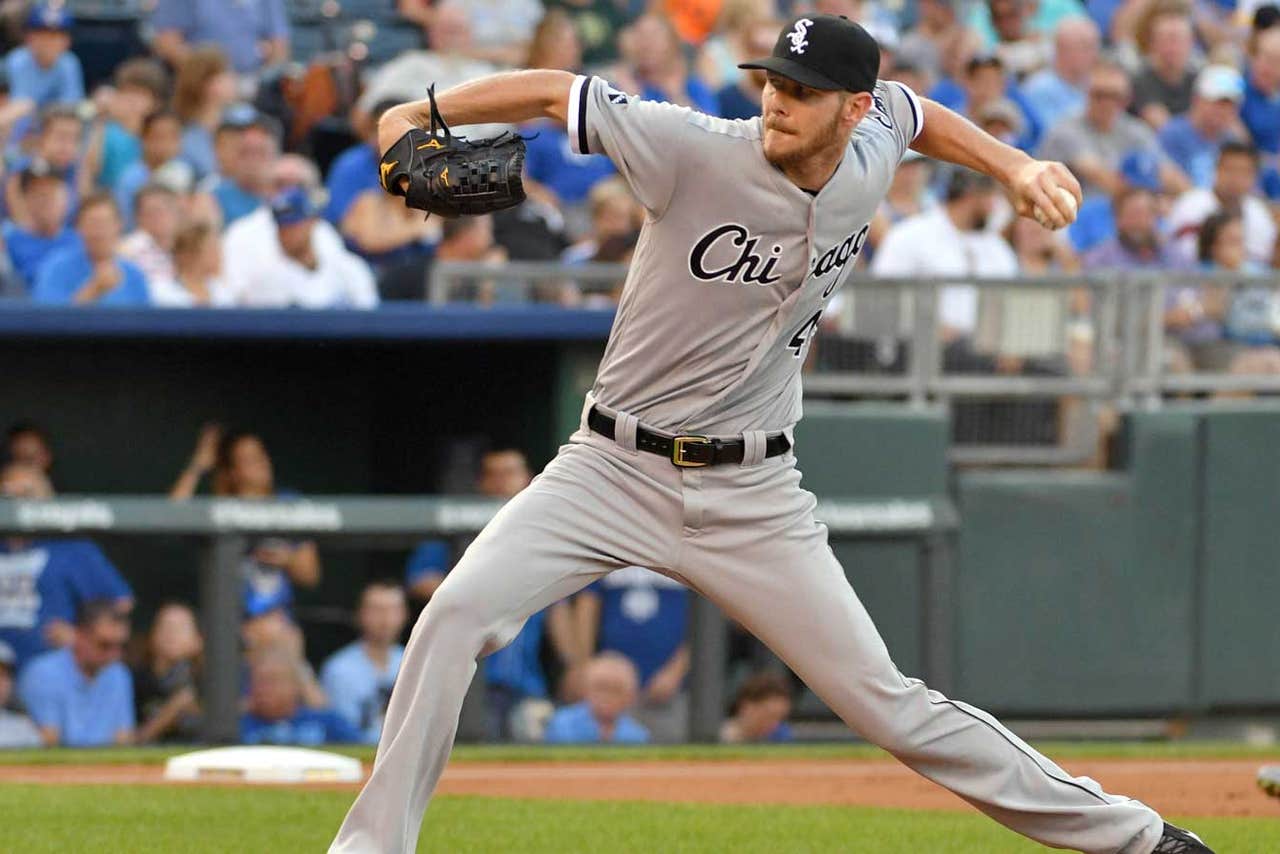 Add the Nats to the list of teams pursuing Sale, a list that likely includes the majority of teams in baseball.

Major-league sources confirmed the Nationals’ interest in Sale on Tuesday. The likelihood of a deal with the White Sox, however, is unknown.

The Nats’ edge is that they have A) a farm system that can satisfy the White Sox and B) a general manager, Mike Rizzo, who relishes making bold moves.

Any conversation between the clubs likely would end quickly if the White Sox insisted upon shortstop Trea Turner, who finished second in the voting for National League Rookie of the Year.

The Nats, though, boast numerous other prospects, and they’re hellbent on advancing for the first time past the Division Series, the round in which they have lost three of the past five years.

The pursuit of Sale might seem curious for a team that already is seeking a closer, a catcher and a big bat in the outfield. But the Nats’ only left-handed starter is Gio Gonzalez, and sources say they also have expressed interest in the Rays’ starting pitchers — Chris Archer, et al — knowing that Strasburg has made only one career playoff start, twice missing the postseason due to health concerns.

The Nationals, remember, also had a deep rotation when they stunned the baseball world by signing Scherzer to a seven-year, $210 million free-agent contract before the 2015 season. They were so deep, in fact, that righty Tanner Roark spent most of the season in the bullpen. Strasburg and Gonzalez were ahead of him, and so were righties Jordan Zimmermann and Doug Fister, both of whom were entering their free-agent years.

The Nats’ competition in the NL East, meanwhile, is only growing fiercer.

The Mets’ rotation will be healthier next season. The Braves are trying to improve rapidly for the opening of their new ballpark. The Phillies also are deep in prospects, and the Marlins feature a core of talented position players.

As for Sale, the biggest question is whether the White Sox will actually move him.

“They’re willing but only if they totally win the deal, which won’t happen,” a rival executive said.

Call it the Curse of Shelby Miller: Every team with a high-end starter wants to match or exceed the Braves’ return for Miller and reliever Gabe Speier — infielder Dansby Swanson, outfielder Ender Inciarte and right-hander Aaron Blair.

The White Sox should get significantly more for Sale, who is under control for $38 million over the next three years, or just $7 million more than Zack Greinke will earn in 2017.

And the Nats, as much as any club, should be motivated to get a deal done.

One rival exec says of the Braves, “They’re doing everything they can to be competitive and try to contend next year,” their first at SunTrust Park. The Braves’ approach, however, isn’t simply short-term. Under president of baseball operations John Hart and GM John Coppolella, they consistently seek long-term upside.

Even the signings of 40-something free agents R.A. Dickey and Bartolo Colon fit the plan; the veterans will serve as one-year bridges until the team’s young pitchers are ready. Look at the way Hart and Coppolella approached the draft — their first four picks in 2015 and first three in ’16 were all high-school players. Sale and Gray, meanwhile, are under club control for the next three seasons and Archer for the next five, all at below-market salaries.

Gray, coming off his worst season, figures to earn less than $4 million in his first year of arbitration. Archer, meanwhile, is under contract for $4.75 million in ‘17, Sale for $12 million.

The addition of any of the three would bolster a Braves rotation that already includes Dickey, Colon and right-hander Julio Teheran. Righty Mike Foltyniewicz likely would be the fifth starter and righty Matt Wisler the sixth, providing that neither is traded. No longer would the Braves be giving starts to the Roberto Hernandezes of the world.

It’s fair to ask whether the Blue Jays’ offense will be as strong without first baseman Edwin Encarnacion and right fielder Jose Bautista, both of whom are expected to depart as free agents.

Here’s the thing, though: The Jays’ offense declined significantly last season, ranking fifth in the AL with 759 runs after leading the majors by a wide margin with 891 the year before.

Encarnacion certainly was not to blame for the dropoff; he finished tied for third in the AL with 42 homers and was 10th with an .886 OPS. The Jays, meanwhile, likely figure that Kendrys Morales will replicate or surpass the 2016 production of Bautista, who played in only 116 games due to two injuries and a suspension.

Morales must pass a physical for his three-year, $33 million free-agent signing to become an official. The Jays still want to add a left-handed hitting outfielder — Josh Reddick would fit, and so would switch-hitter Dexter Fowler, though the Jays probably would want him to play left so they could put Kevin Pillar in center. The team also could find a right-handed complement for switch-hitter Justin Smoak at first base — Steve Pearce is one target — or perhaps revamp the position entirely.

In the end, the offense probably will not be as good as it was last season, simply because there is no replacing Encarnacion. The Jays, though, are coming off their second straight postseason appearance mostly due to their pitching and defense — they allowed the fewest runs in the AL.

A lefty reliever is a must — the Jays have offered free agent Brett Cecil a three-year deal to return, as first reported by Jamie Campbell of Rogers SportsNet. But however the rest of the winter plays out, Toronto again figures to be competitive, at the very least.

THE ANGELS AREN’T SHOPPING THESE TWO, BUT ...

Why would the Angels, a team already thin on starting pitching, consider moving Skaggs or Shoemaker, both of whom are under control for four more seasons?

As always, it depends upon the potential return.

If the Angels can get the player they want — say, an everyday second baseman — they then would need to measure the dropoff from Skaggs or Shoemaker to a lesser starter and the overall impact on the club.

The Angels plan to try right-hander J.C. Ramirez at starter and recently signed righty Jesse Chavez with the same intent. Their other alternatives for the rotation include left-hander Nate Smith and right-handers Alex Meyer, Vicente Campos and Daniel Wright.

Could the Angels build a package around Skaggs for Twins second baseman Brian Dozier? Remains to be seen. The team has backed off the Phillies’ Cesar Hernandez, according to Jeff Fletcher of the Orange County Register.

ASTROS LIKED KENDRYS — AMONG OTHERS

The Astros showed interest in Kendrys Morales before he reached agreement with the Blue Jays, and would have continued their pursuit of Yankees catcher Brian McCann even if Morales had agreed to a free-agent contract, major-league sources said.

The fit would not have been ideal, and the talks involving Morales seemingly did not get very far. But remember this going forward: The Astros’ positional flexibility enables them to consider a variety of options.

Morales, a switch-hitter, would have been the Astros’ primary DH. McCann and Evan Gattis could have platooned at catcher, with each possibly getting at-bats at DH as well — though Morales, 33, has missed only 12 games the past two seasons.

The Astros and Yankees seemingly are at an impasse over McCann, who is owed $34 million over the next two seasons and holds a full no-trade clause. But considering the large number of hitters available in trade and free agency, the Astros figure to end up with the offensive help they need.

*McCann and outfielder Brett Gardner are considered the most available Yankees in trade, but the team also is open to moving third baseman Chase Headley, sources say.

*Don’t be surprised if free-agent catchers start signing soon — Jason Castro and Jeff Mathis are among those drawing strong interest.

The Royals expect that Grifol will one day be a major-league manager. 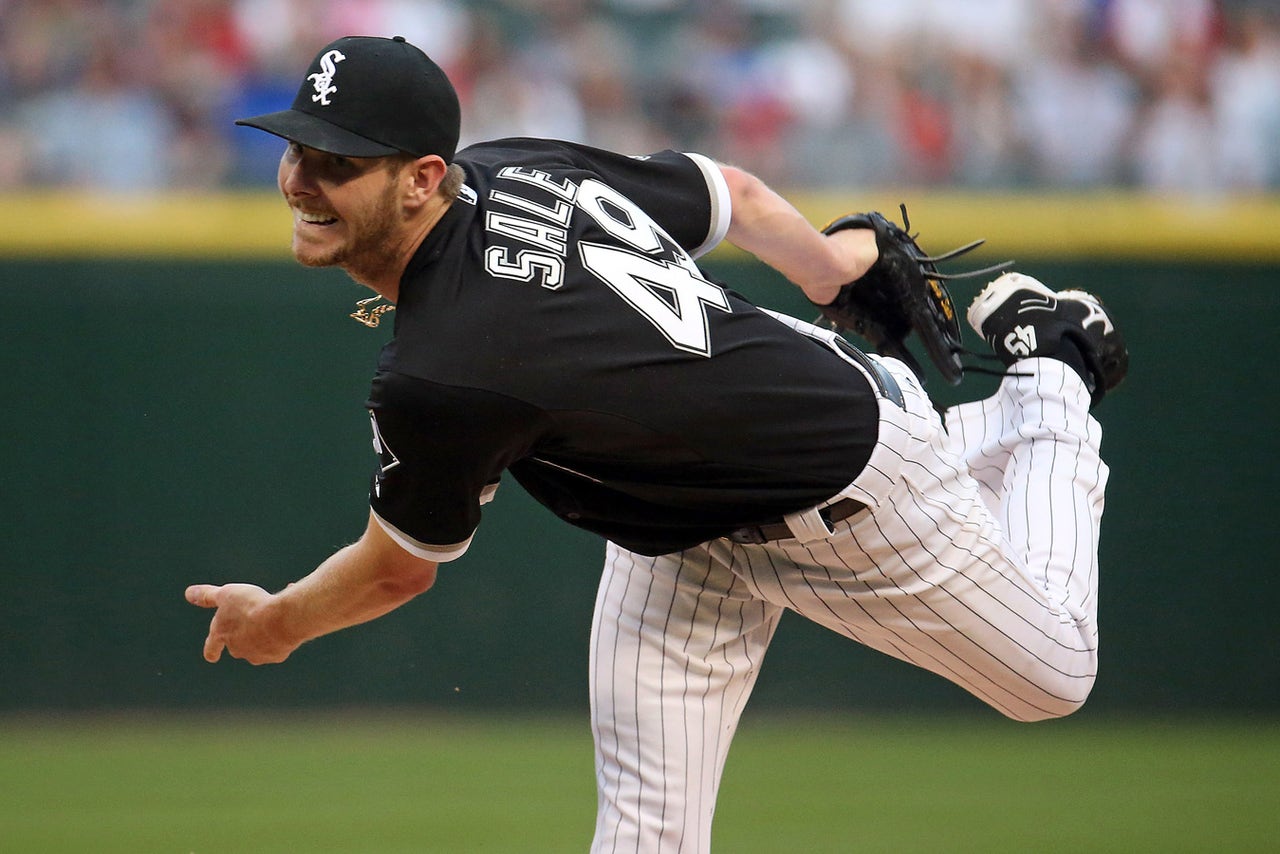 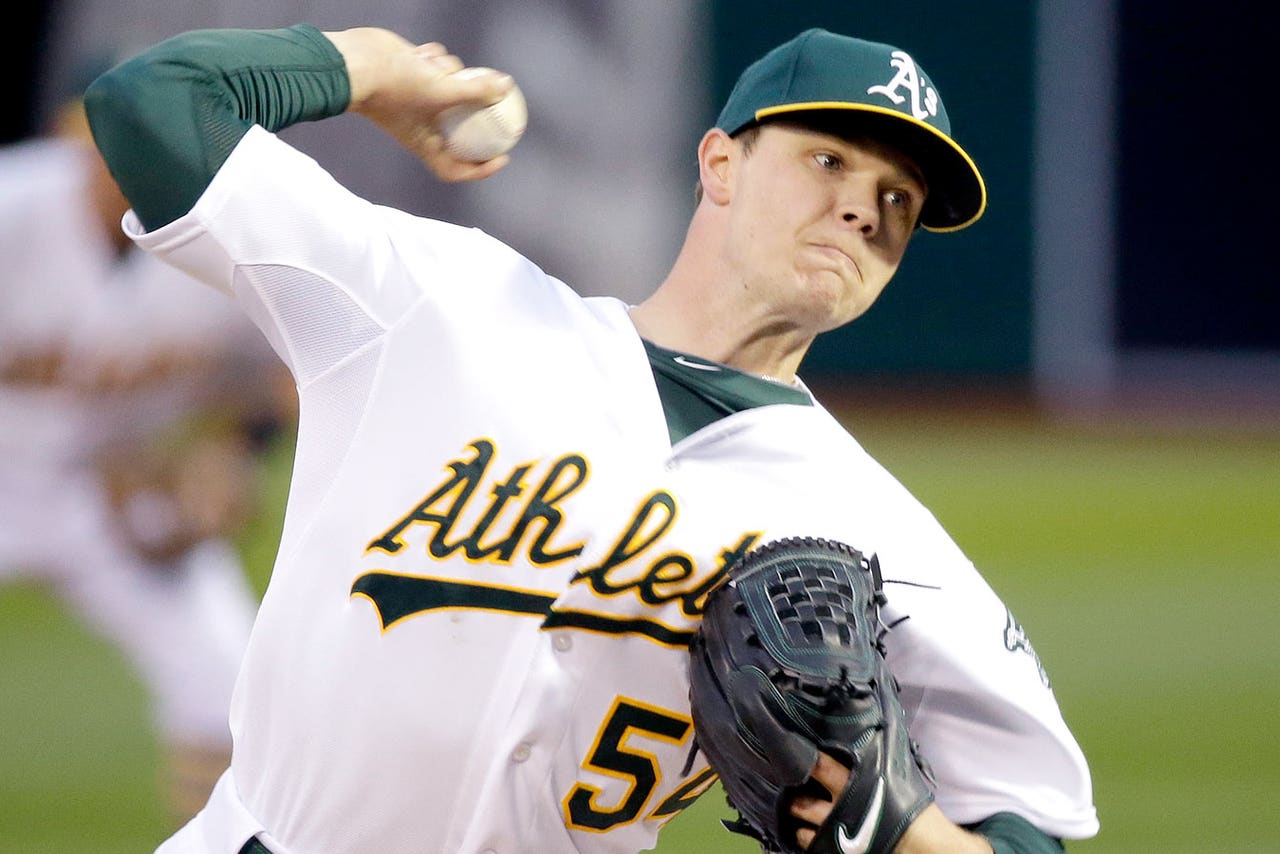 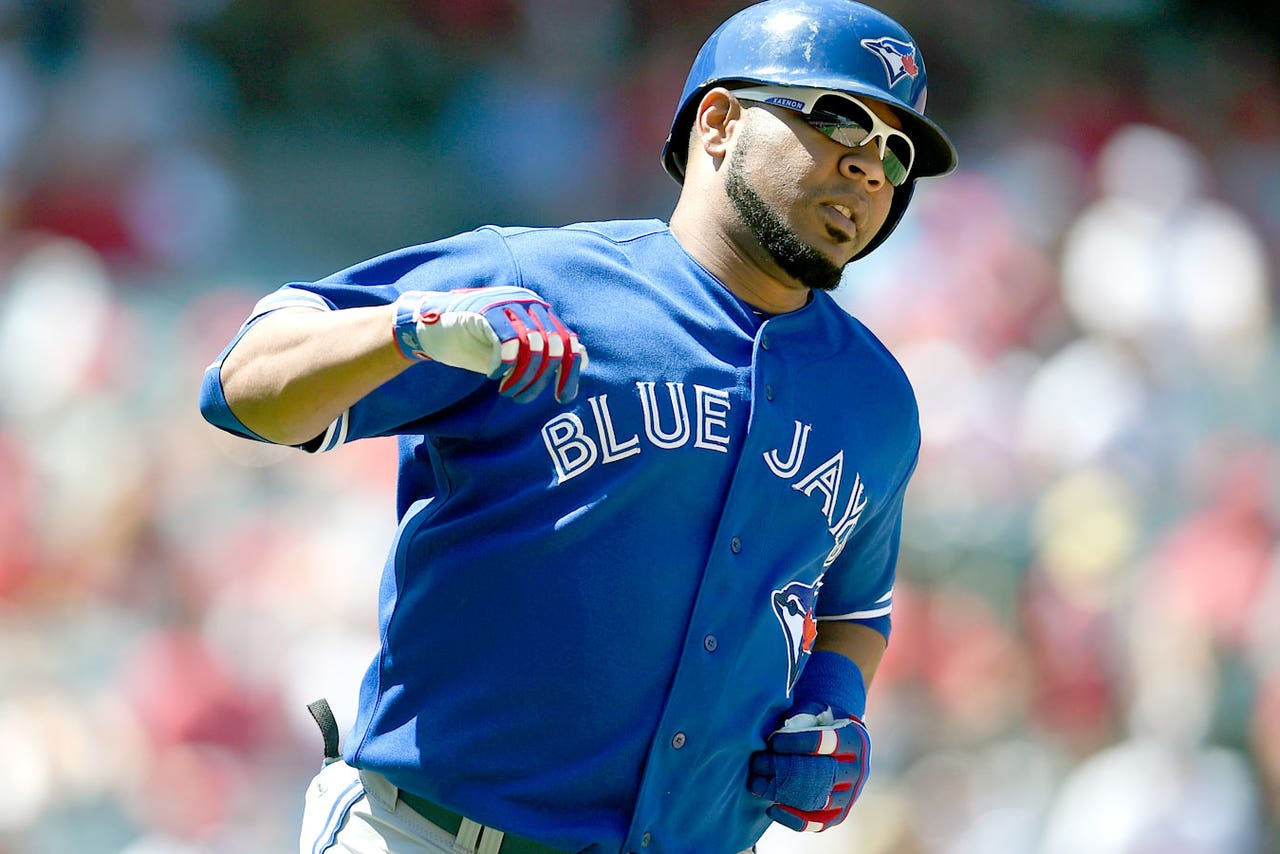 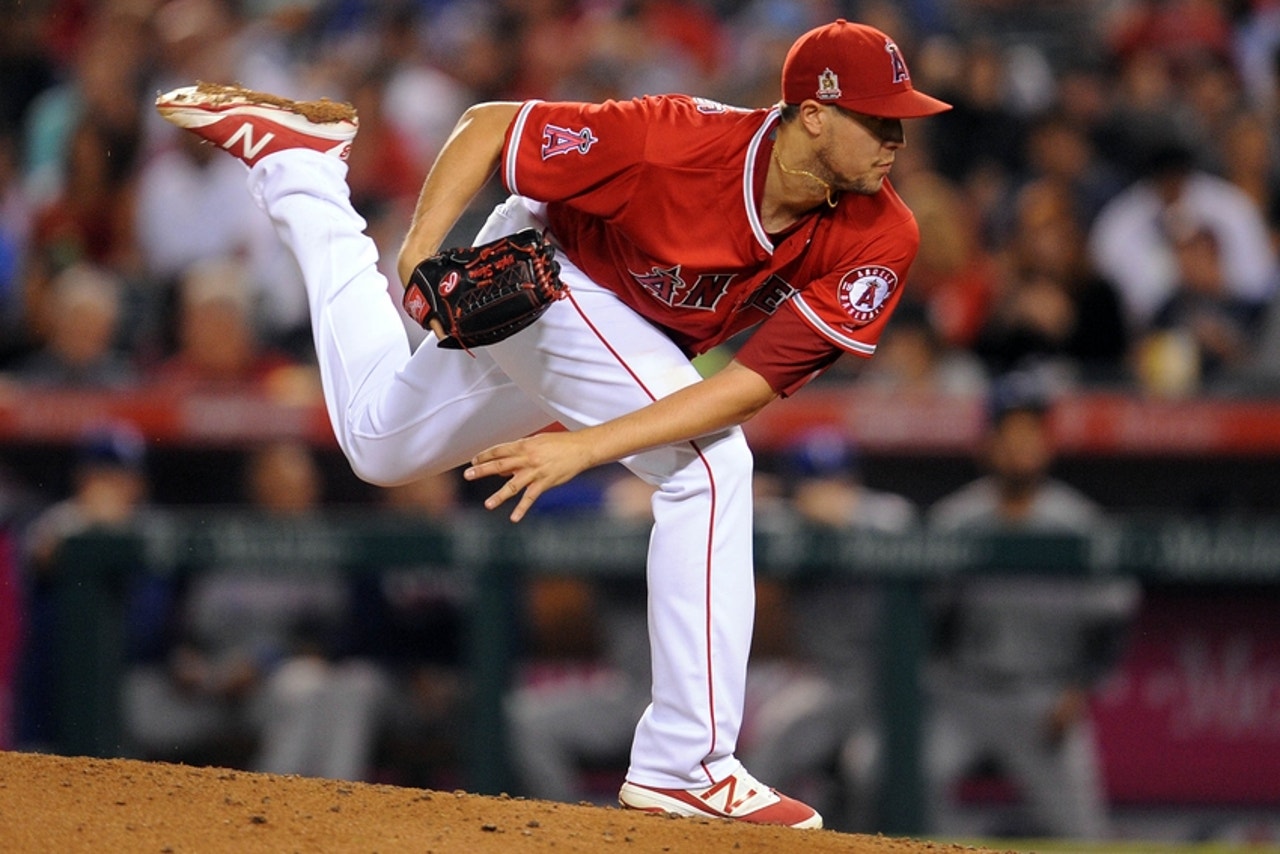 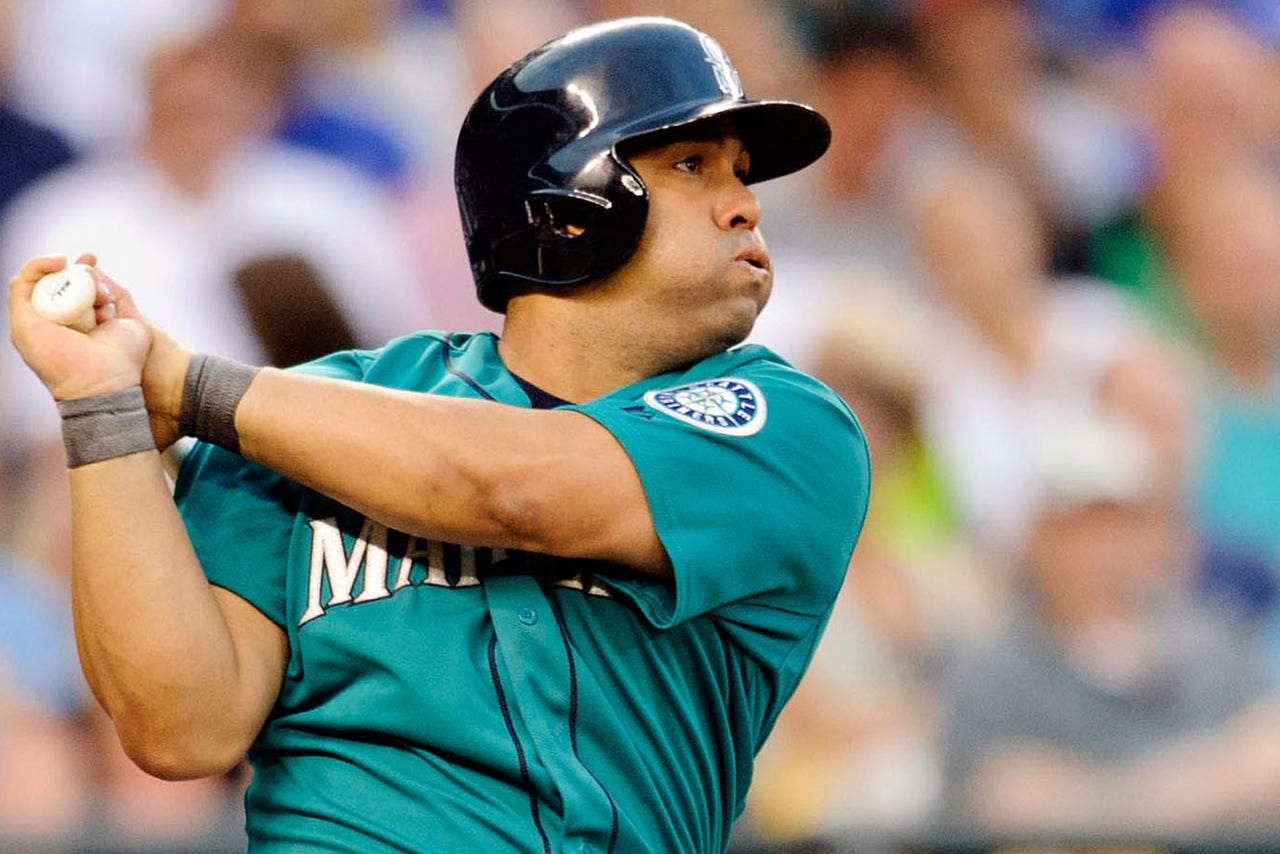