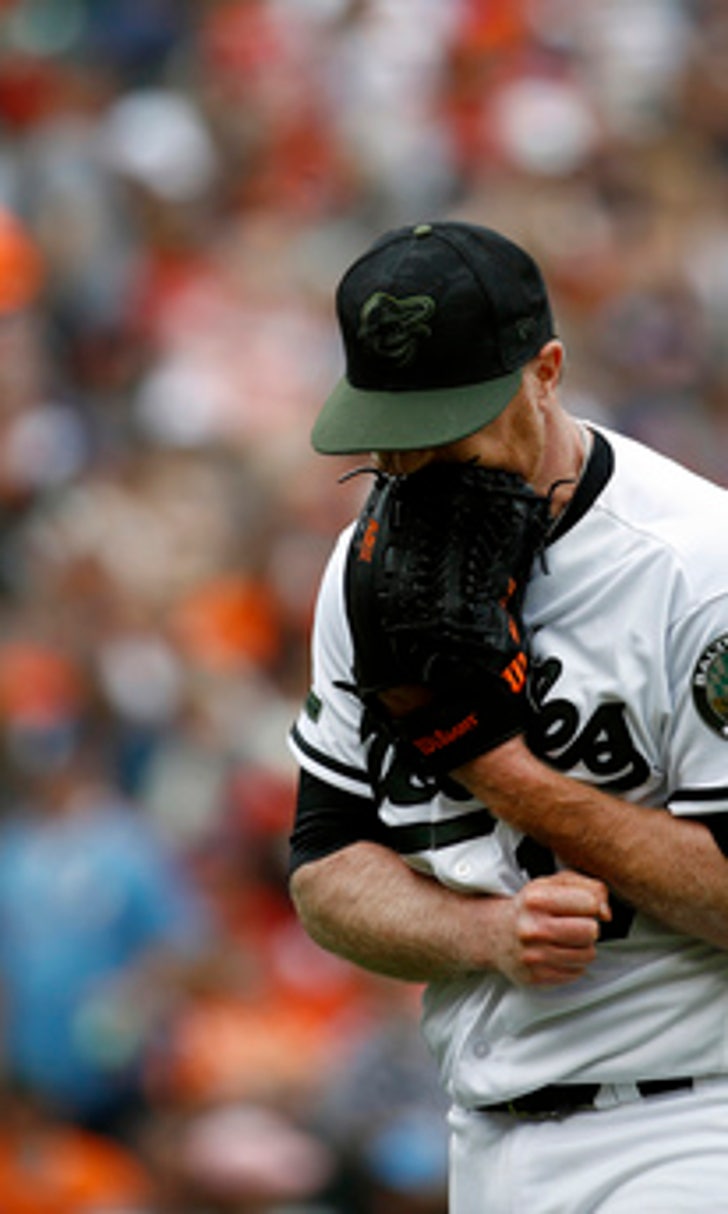 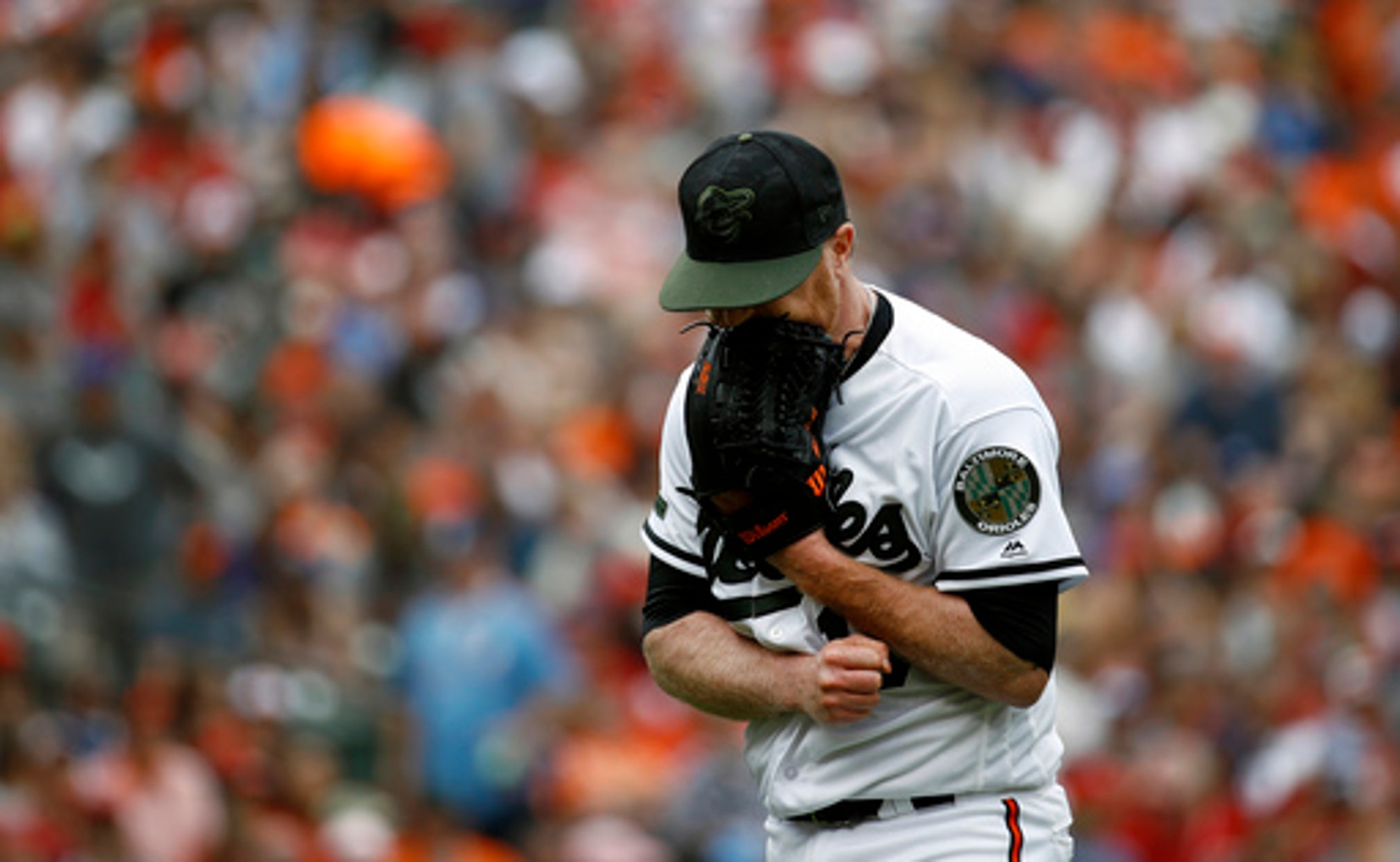 BALTIMORE (AP) A three-run lead in the third inning usually isn't enough to assure a victory, except perhaps when Gio Gonzalez is dealing strikes and the team facing the deficit is the 2018 Baltimore Orioles.

And so, when Anthony Rendon's drive to left field with two runners aboard cleared the wall, the Washington Nationals had all the offense they needed Monday in what turned out to be a 6-0 victory.

Gonzalez (6-2) allowed six hits over 7 2/3 innings to end a six-game losing streak against Baltimore. The left-hander won his first start against the Orioles in 2009 before coming up empty in his next nine outings.

''He was outstanding,'' Nationals manager Dave Martinez said. ''He kept the balls down. He threw strikes. He was really good. For me, that was the best he has pitched all year.''

Making his ninth start with Baltimore since signing as a free agent in March, Alex Cobb (1-7) was undone by a horrific, 42-pitch third inning that featured Rendon's sixth home run.

After getting two outs to open the third, Cobb surrendered a single to Trea Turner and walked Bryce Harper before Rendon connected .

Gonzalez did the rest.

''I'll give him credit, but we all know it's a little bit more than that,'' Orioles manager Buck Showalter said. ''We've had some success against good pitchers before, but right now, they're really good and we're not swinging the bats well. That's a bad combination.''

Gonzalez was lifted after 114 pitches, and Shawn Kelley got four outs to complete the fifth shutout against the Orioles this season.

The Nationals turned three double plays behind Gonzalez, who did not allow a runner past second base.

''My entire infield, everyone played a role,'' Gonzalez said.

Cobb gave up three runs and five hits over seven innings. He's pitching for a team that has scored three runs or fewer in nine of its last 10 games.

''Once you start worrying about things you can't control,'' Cobb said, ''you're going to be in a lot of trouble.''

Cobb has struggled at times this season, but it's tough to blame him for this one.

Matt Adams and Michael Taylor both had two hits and an RBI for the Nationals, who have won four straight and 19 of 25 after opening 11-16.

''We didn't get off to the best start,'' Rendon said. ''We are just trying to buckle down and get into a rhythm.''

Though Harper went hitless, his leaping catch against the right-field wall in the fifth inning robbed Andrew Susac of a potential extra-base hit.

That was enough to lift the Nationals over their neighboring rivals in an interleague series that began in 2005 and now stands at 38-27 in favor of Baltimore. The game drew 36,139 fans, many of them wearing Washington red.

Though the 3-0 lead proved safe, the Nationals poured it on in the eighth against Richard Bleier, who gave up a leadoff double to Rendon and RBI singles by Adams, Taylor and Wilmer Difo.

Nationals: 2B Daniel Murphy (offseason knee surgery) had a homer and six RBIs in his second rehab game with Double-A Harrisburg on Sunday. He was held out of the starting lineup Monday. ... 1B Ryan Zimmerman (right oblique strain) hit on the field Monday and ''is coming along really well,'' Martinez said. . OF Brian Goodwin (left wrist) played seven innings with Double-A Harrisburg on Sunday. He did not start Monday.

Trey Mancini was dropped from leadoff to sixth in lineup following a 5-for-34 skid that dropped his batting average 19 points to .240. ''He's been one of our most consistent guys and will be again,'' Showalter said. Not on this day, however: Mancini went 0 for 4 and hit into two double plays.

Memorial Day carries a special significance to Showalter, whose father and uncles fought in World War II. ''It's just something you did,'' the manager said of his family's commitment. ''The country needs you to do it and you did it.''

Nationals: Jeremy Hellickson, who pitched for the Orioles last summer, faces his former team Tuesday night. He's 1-0 with a 2.13 ERA in seven starts with Washington.

Orioles: Dylan Bundy (3-6, 4.45 ERA) seeks a sufficient encore after going the distance in a 14-strikeout performance against the White Sox on Thursday.