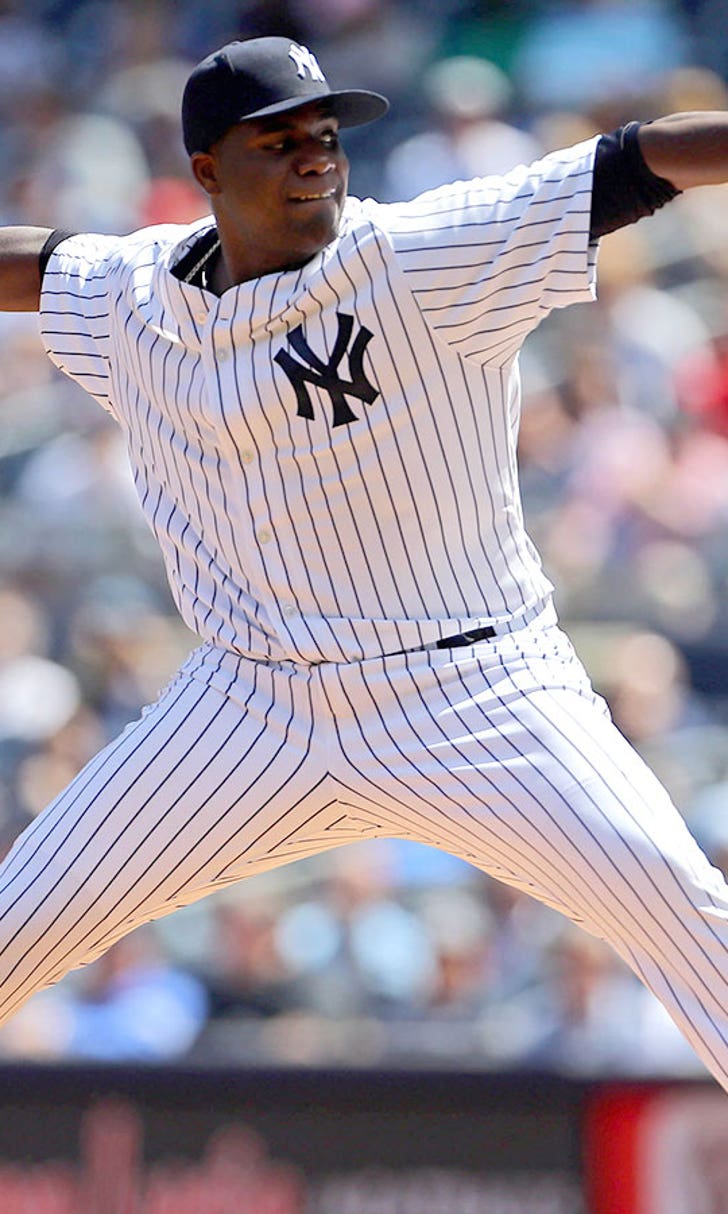 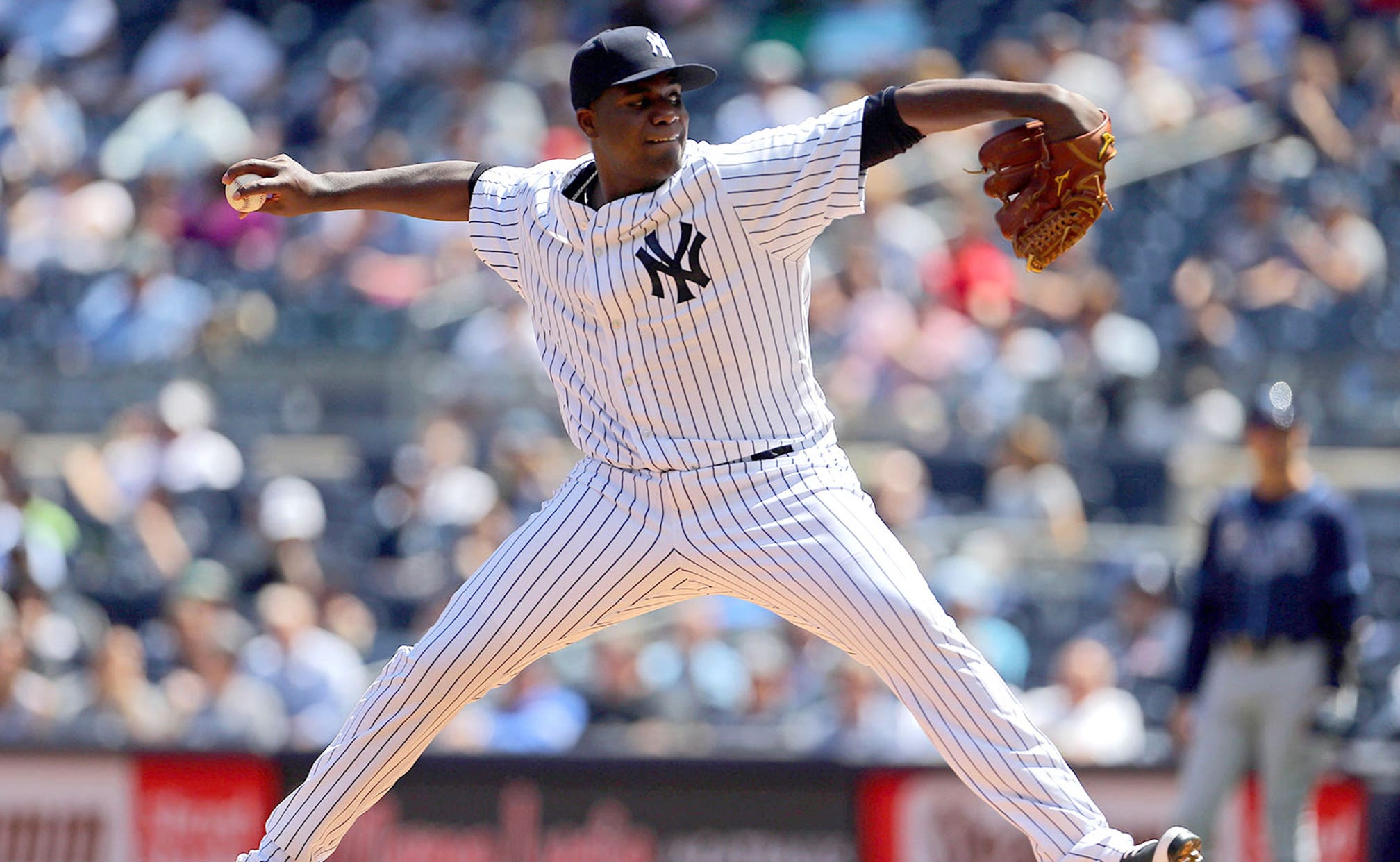 Michael Pineda joins three other Yankees to strike out 16 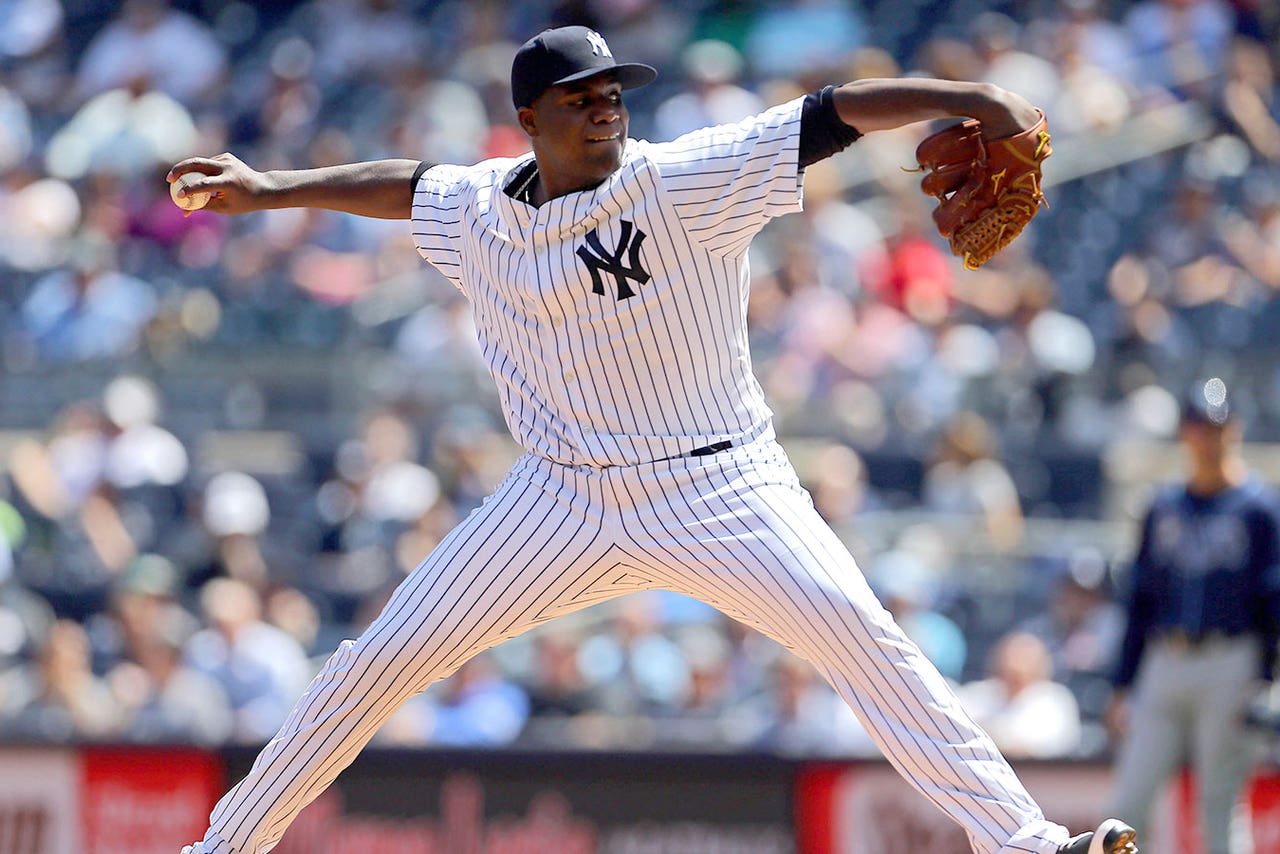 On Sunday afternoon, New York Yankees right hander Michael Pineda was flat out dominant, striking out 16 Baltimore Orioles hitters over seven innings of work. After the game, catcher Brian McCann had some high praise for Pineda, according to LoHud Yankees Blog:

“A couple of (pitches), they were great pitches, right on the corner, right at the knees. They were perfect pitches. It’s not fun facing him. … He’s a dominant pitcher. He really is. He’s a guy that not many people want to face.”

In striking out 16, he joined some rare Yankees air. As pointed out by True Jersey, he's the fourth Yankee to reach that mark in a game. Here's the rundown from True Jersey:

The Yankees' lefty improved to 11-0 on the year when he struck out 18 California Angels on June 17th in '78, pitching all nine innings while allowing no runs on four hits.

Wells also struck out 16 batters, dominating the Athletics at home on a Wednesday. The Yankees won 7-0. Wells threw 138 pitches and walked three.

Pineda threw a career-high 111 pitches Sunday, striking out 16 en route to a 6-2 win, his fifth on the season. He hasn't lost yet. Pineda allowed no walks, either, and on the year has a ridiculous 54 strikeouts and three walks.

“All pitchers want to throw strikes. For me, it’s the best thing, to throw strikes to hitters, and that’s what I’m doing, so I’m happy with that. I’m really happy because this is a really good game and I’m very happy.”

There's no telling how he will end the season, but 5-0 with a 2.72 ERA just three walks compared to 54 strikeouts is a pretty good start.