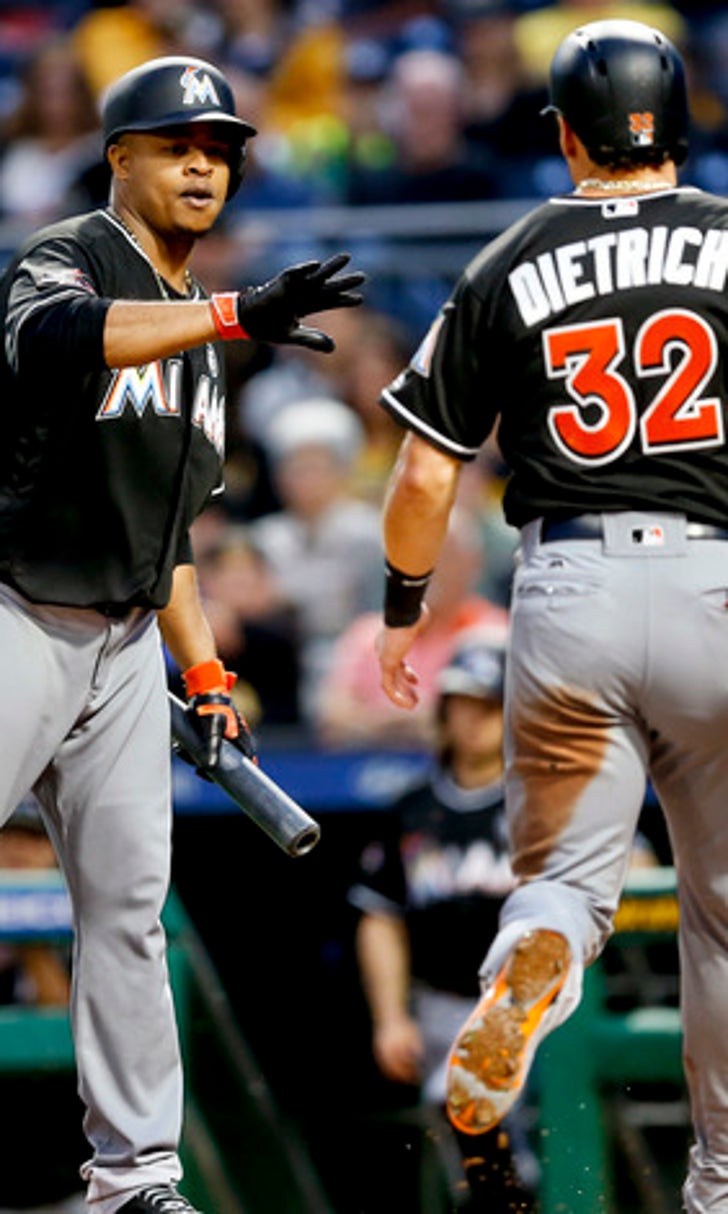 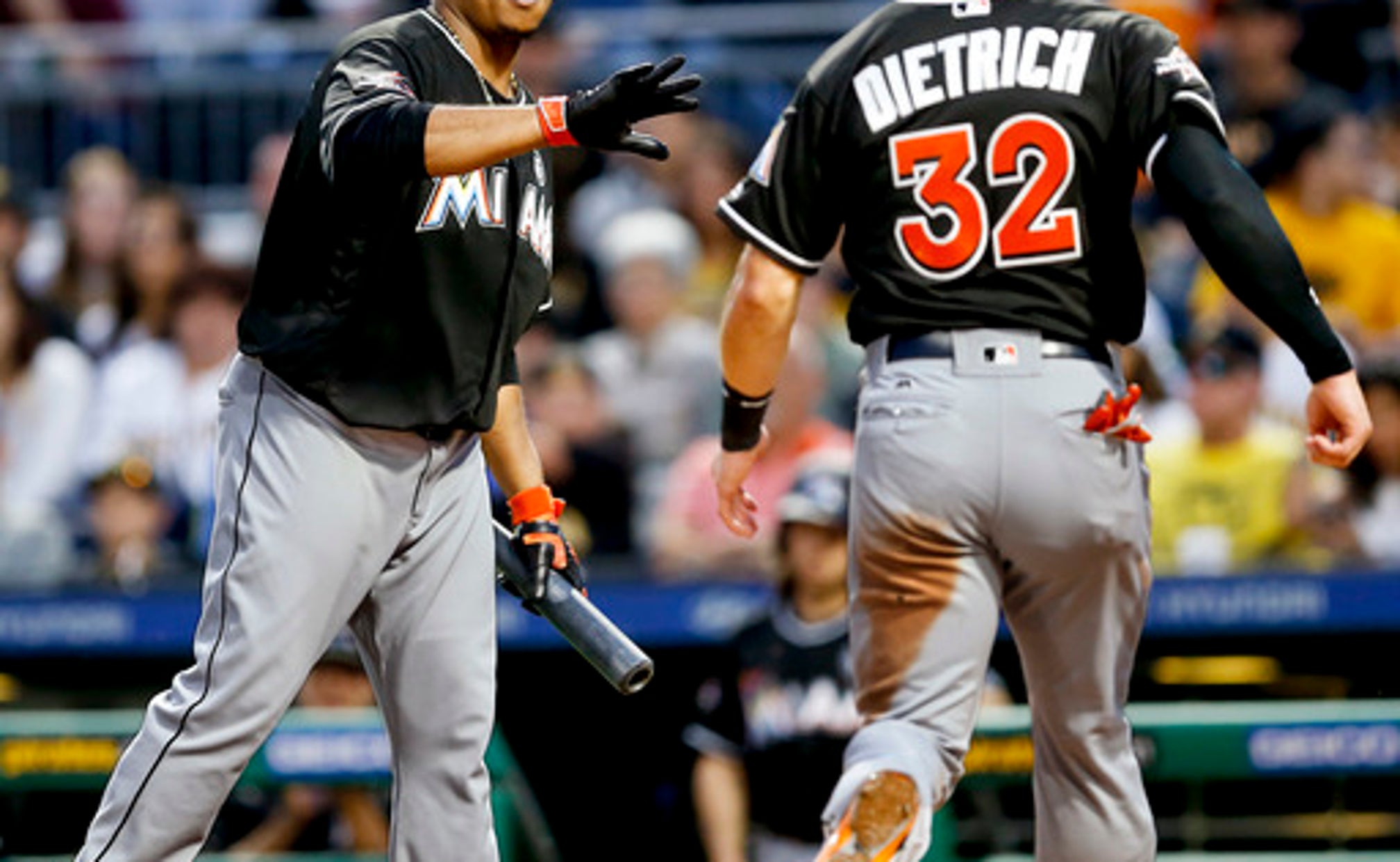 Volquez (3-7) allowed three hits, struck out eight and walked two while winning his third straight start. He helped the Marlins win for the ninth time in 12 games and raised his career record to 4-0 against the Pirates, a team he pitched for in 2013.

Volquez has allowed only one run in 22 innings during his streak, including a no-hitter last Saturday against the Arizona Diamondbacks, the first of his 13-year career. He was winless in his first nine starts after being signed to a two-year, $22-million contract in the offseason to help fill the void left by the death of ace Jose Fernandez in a boating accident last September.

Derek Dietrich and Christian Yelich both had three hits, including two doubles, for the Marlins and J.T. Realmuto and Tyler Moore added two hits each.

Volquez's bid to become the second pitcher in baseball history to throw back-to-back no-hitters ended just two batters into Thursday night's game when Josh Harrison had a bunt single down the third-base line.

Johnny Vander Meer remains the only pitcher to throw consecutive no-hitters, doing so in 1938 for the Cincinnati Reds.

Harrison doubled in the sixth to end a string of 12 straight batters retired by Volquez.

The Pirates, who lost their third straight, avoided a shutout in the ninth inning when Josh Bell had a run-scoring groundout.

Dietrich capped a three-run first inning with a two-run double. The Marlins chased Cole in the fifth with five consecutive two-out singles that produced three runs and increased the lead to 7-0.

Pirates manager Clint Hurdle wasn't ready to say whether Tony Watson will remain the closer after the left-hander blew ninth-inning leads both Tuesday and Wednesday in losses at Baltimore. Watson has allowed multiple earned runs in five of last 10 appearances, raising his ERA to 4.44 from 1.92.

Neverauskas became the first Lithuanian-born pitcher to appear in a major league game April 24 when he worked one inning against the Chicago Cubs.

Marlins: RHP Tom Koehler (right shoulder bursitis) made his first rehab start Thursday since going on the DL on May 17, pitching four innings for high Class A Jupiter and giving up three runs and five hits with five strikeouts and two walks. . LHP Justin Nicolino (left finger contusion) is scheduled to make a rehab start June 13 for a team to be determined then rejoin the rotation.

MLB Recap: Astros Move On, Talk Trash
Carlos Correa had thoughts for Astros haters, while the Marlins' epic streak rolls on. Here's what else happened on Day 2.
1 min ago