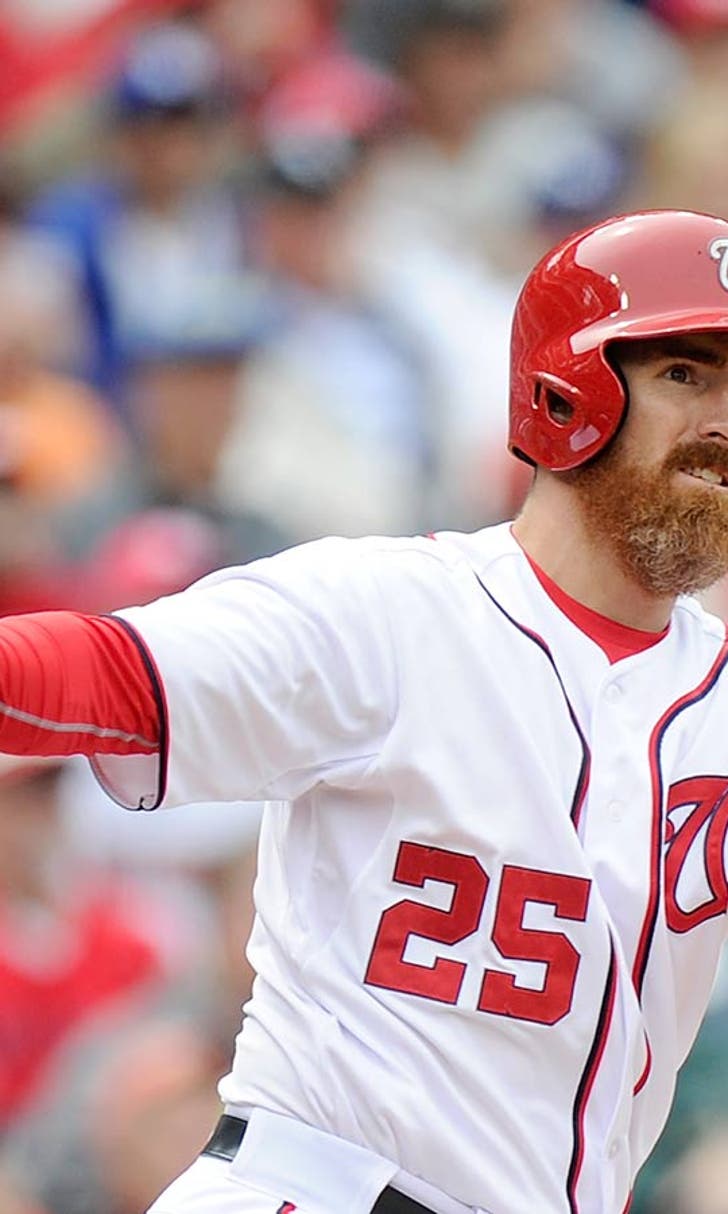 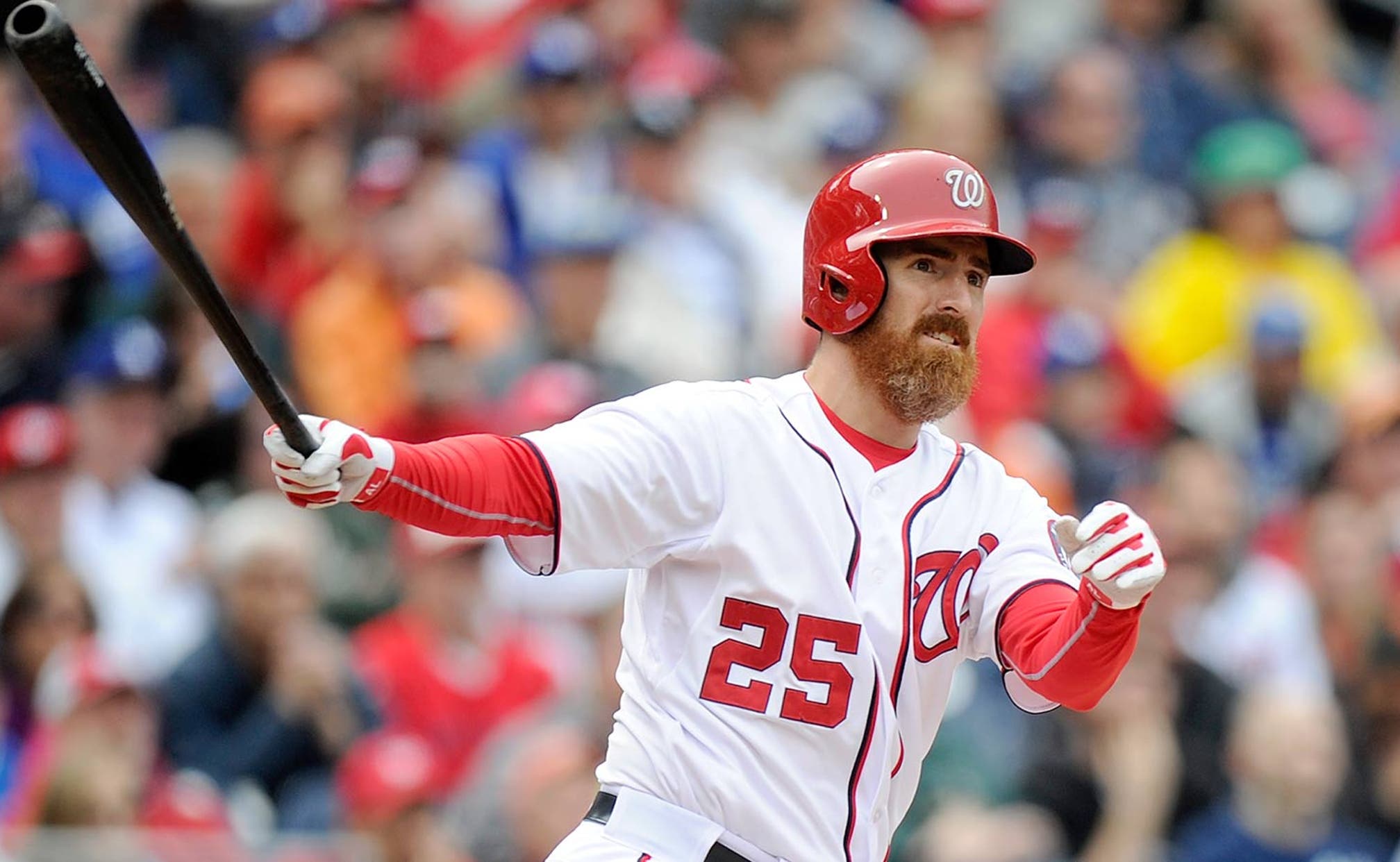 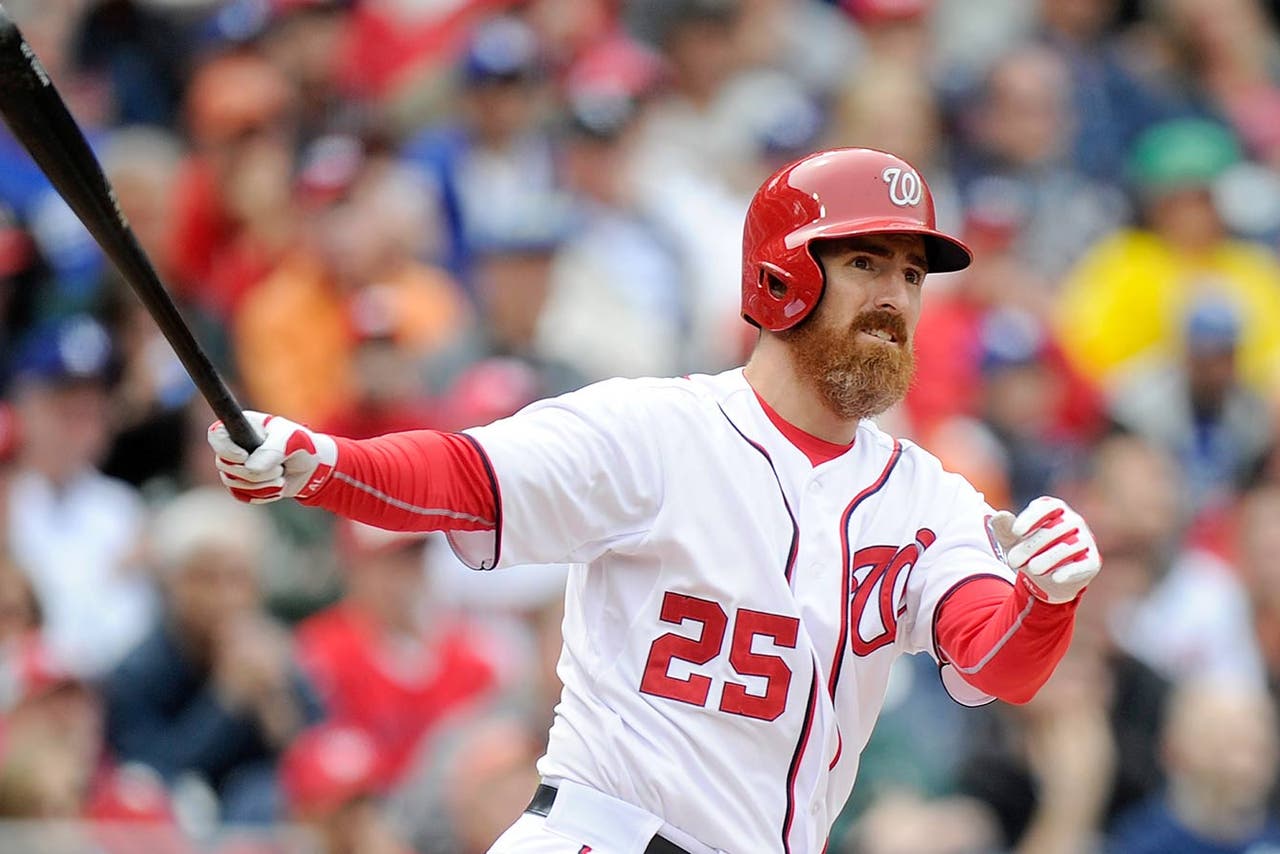 The hits keep coming for the Washington Nationals, and not in a good way.

Less than 20 minutes after watching his closer blow a save for the first time this season, manager Matt Williams announced that the team plans to place injured first baseman Adam LaRoche on the disabled list because of a strained right quad.

It's yet another blow to a team already missing two of its top hitters. Third baseman Ryan Zimmerman (fractured thumb) and outfielder Bryce Harper (thumb sprain) are also on the DL.

"We don't want to do it, but for the long-term health of Adam and our team, it's probably important to do that right now and make sure we can calm it down as much as possible," Williams said following a 4-3 loss to the Oakland Athletics on Saturday night.

Rafael Soriano had converted 19 consecutive saves dating to last August and had crafted a 25-inning scoreless streak before giving up a pair of runs in the ninth inning.

John Jaso then doubled in pinch-runner Nick Punto with two outs in the 10th inning to lift Oakland to its third walk-off win this season after being limited to two hits over the first eight innings.

Alberto Callaspo singled off reliever Drew Storen (2-1) to lead off the 10th before Punto replaced him at first. Storen retired Eric Sogard and Derek Norris before Jaso hit a towering fly ball that ricocheted off the scoreboard in right field as Punto rounded the bases and scored.

"It's kind of cool because over the last few years we've been like a walk-off team here at the Coliseum," said Jaso, who homered off Nats starter Tanner Roark in the third.

The Nationals were three outs from winning and had their rock-solid closer on the mound until Oakland greeted Soriano with three consecutive hits to open the ninth.

Jaso singled and scored on Jed Lowrie's double. Josh Donaldson followed with a line drive single to drive in Jaso with the tying run.

It was Soriano's first blown save since Aug. 17, 2013, and spoiled a stellar outing by Roark.

"Bad day, that's all I can say," Soriano said. "Very bad day. I can't be perfect every time, and it happened tonight."

The stunning conclusion was in stark contrast to the first eight innings.

Coming off the worst start of his season, Roark was masterful while shutting down the A's offense. He allowed two hits over 7 2/3 innings, struck out five and didn't walk a batter. He gave up Jaso's two-out home run in the third before retiring the next 13.

The Nationals backed him with just enough offense until the bullpen broke down.

"We weren't getting any good swings," Oakland manager Bob Melvin said. "(Roark) mixed it up well and kept it off the barrel of the bat."

Danny Espinosa hit a towering home run off A's starter Sonny Gray with one out in the third to give the Nats an early lead. Zach Walters and Denard Span followed with singles before Kevin Frandsen lined a two-run double to the gap in left-center to make it 3-0.

Jaso's two-out home run off Roark in the bottom of the third trimmed Washington's lead to 3-1. The Oakland catcher also homered in Friday's 8-0 win over the Nationals.

Roark left with two outs in the eighth after a throwing error by Espinosa allowed Reddick to take third. Roark fielded Eric Sogard's grounder cleanly, but his throw to first hit Reddick in the back of the helmet and ricocheted near the Nationals dugout.

"Me and (catcher Wilson Ramos) were on the same page so when you get that rhythm and that tempo going and you don't have to shake anything off, that's perfect," Roark said.

Tyler Clippard replaced Roark and retired pinch-hitter Derek Norris before the A's rallied for the tying runs off Soriano.

Gray, the AL pitcher of the month in April, struck out three and walked two. He allowed six hits over seven innings and gave up all of Washington's runs in the third

Sean Doolittle (1-2) pitched one inning for the win.

NOTES: Zimmerman has not yet resumed hitting and is scheduled to have another X-ray on Sunday. ... Oakland LHP Scott Kazmir (4-1) pitches the series finale after taking the loss in his previous outing. ... Former A's starter Gio Gonzalez (3-2) goes for Washington. Gonzalez won 15 and 16 games for Oakland in 2010 and 2011, respectively.

Dodgers Bounce Back Thanks To Buehler
L.A. reclaimed the momentum in Game 3 vs. the Rays, while Randy Arozarena's last-chance homer mattered more than you think.
47 mins ago

World Series Top Plays: Game 3
From Walker Buehler's lights-out night to the Dodgers' mashing at the plate, check out the best moments from Game 3.
4 hours ago