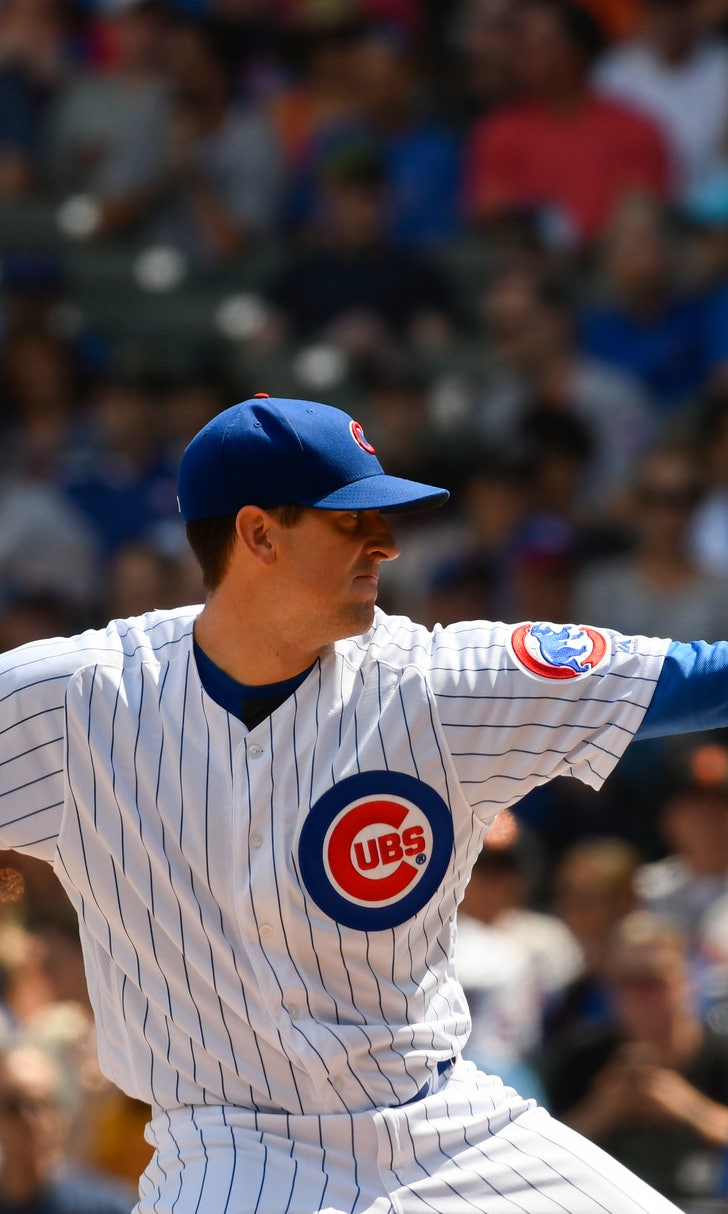 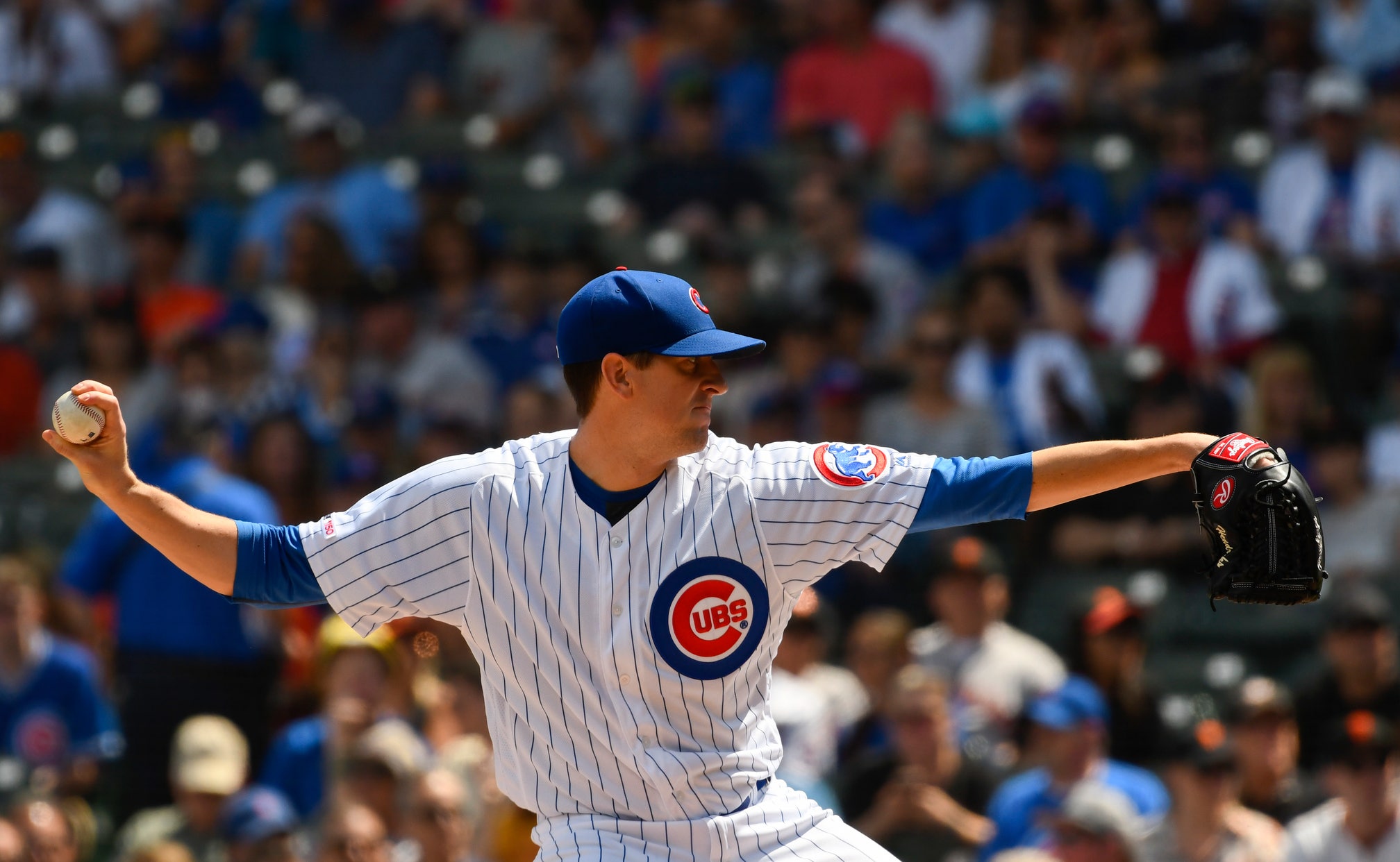 His team is finding success in both versions.

Anthony Rizzo hit an RBI single to help the NL Central leaders complete a three-game sweep. The Giants lost their fourth in a row.

A day after the Cubs won 12-11 in a game with seven home runs, there was a brisk breeze blowing in and the teams combined for just six hits.

"That's what Wrigley Field is," Rizzo said. "After a while, you just get used to it and you don't really worry about it."

Hendricks (9-9) allowed three hits, struck out seven and walked none. He has a 1.79 ERA in 11 home starts this season.

Relievers Brandon Kintzler, Kyle Ryan and Rowan Wick each got two outs to complete the four-hitter. Wick finished for his second save.

Cubs pitchers combined for 10 strikeouts without a walk.

"That's huge," Hendricks said. "You can't give away free bases."

Jeff Samardzija (9-10) gave up one run on two hits in seven innings against his former team.

"Kyle and I did the same thing," he said. "The wind was blowing in, so we just kind of attacked them."

Samardzija retired the first nine batters before Jason Heyward led off the fourth with a pop fly to short center. Kevin Pillar immediately began shading his eyes and lost it in the sun and the ball dropped in front of him for gift single.

With Heyward running, Nicholas Castellanos followed with a routine grounder to shortstop that Brandon Crawford booted for an error to put runners on first and second. Samardzija appeared on a verge of getting out of the jam when Kris Bryant bounced into a double play, but Rizzo followed with a liner to center for an RBI single.

"It's hard to pitch a better game than what 'Shark' did today," Giants manager Bruce Bochy said. "It's a shame we couldn't find a way to win that one for him."

San Francisco's best scoring chance came in the eighth. Crawford tripled off the right field wall with two outs against Kintzler. Without the wind, the ball might've been a game-tying homer.

Ryan, a left-hander, then came on to strike out pinch-hitter Austin Slater to end the inning.

"Crawford hit that ball pretty good," Maddon said. "There are days that's a home run, but it wasn't today."

Bochy, who is retiring, was honored before his last game at Wrigley. Maddon and Cubs President Theo Epstein presented Bochy with a tile from the legendary center field scoreboard with the number 15 (his uniform number) on it.

"What a nice gesture," Bochy said. "These moments are special to me. I'll miss coming here. It's such a great atmosphere."

An inning after his gift hit led to the game's only run, Heyward was fighting the sun as he tried to track a ball in left-center. Left fielder Kyle Schwarber, though, came over at the last second to make the catch.

Before heading back to his position, Heyward gave Schwarber a big hug.

Giants: After being examined in Los Angeles by orthopedic surgeon Neal ElAttrache, INF Pablo Sandoval (right elbow) returned to the Bay Area. The team's medical staff is in the process of determining how long Sandoval is likely to be sidelined.

Cubs: Closer Craig Kimbrel had pitched three of four days since being activated on Sunday — including a save in each of the first two games of the series — so he was unavailable on Thursday. "We're not going to push him," Maddon said.

Cubs: LHP Jon Lester (10-8, 4.23 ERA) pitches the opener of a three-game series at home against the Nationals on Friday afternoon. RHP Aníbal Sanchez (7-6, 3.99) goes for Washington.