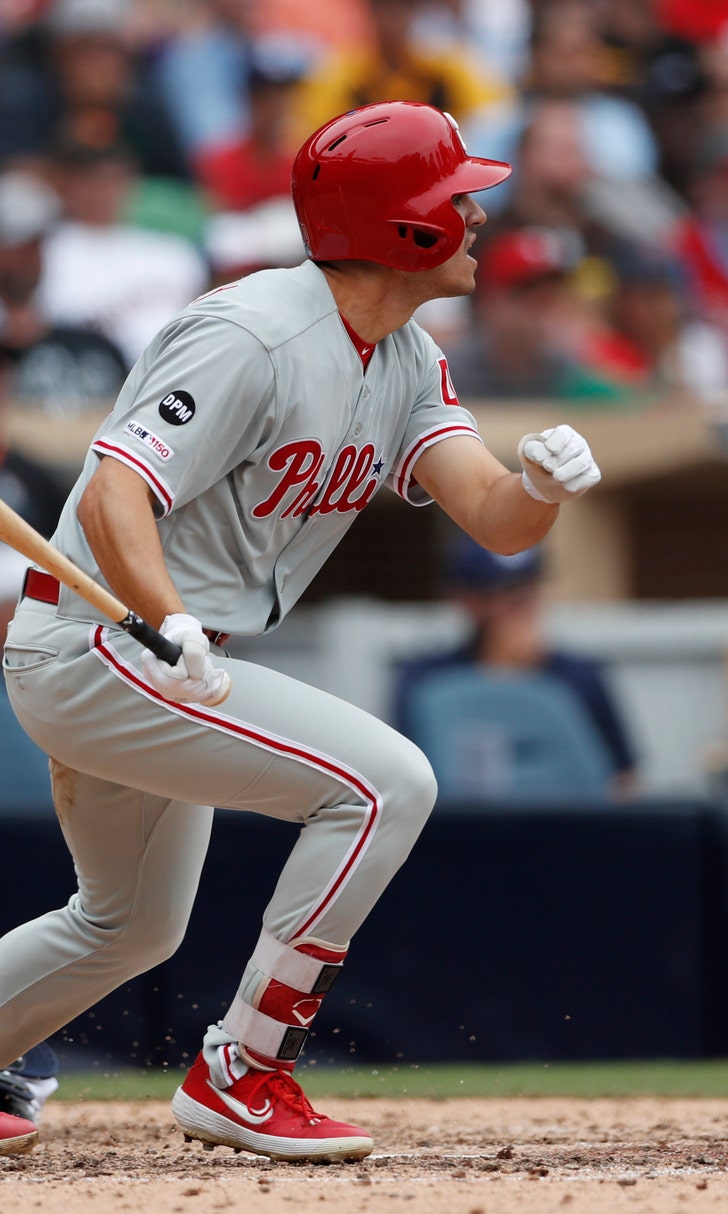 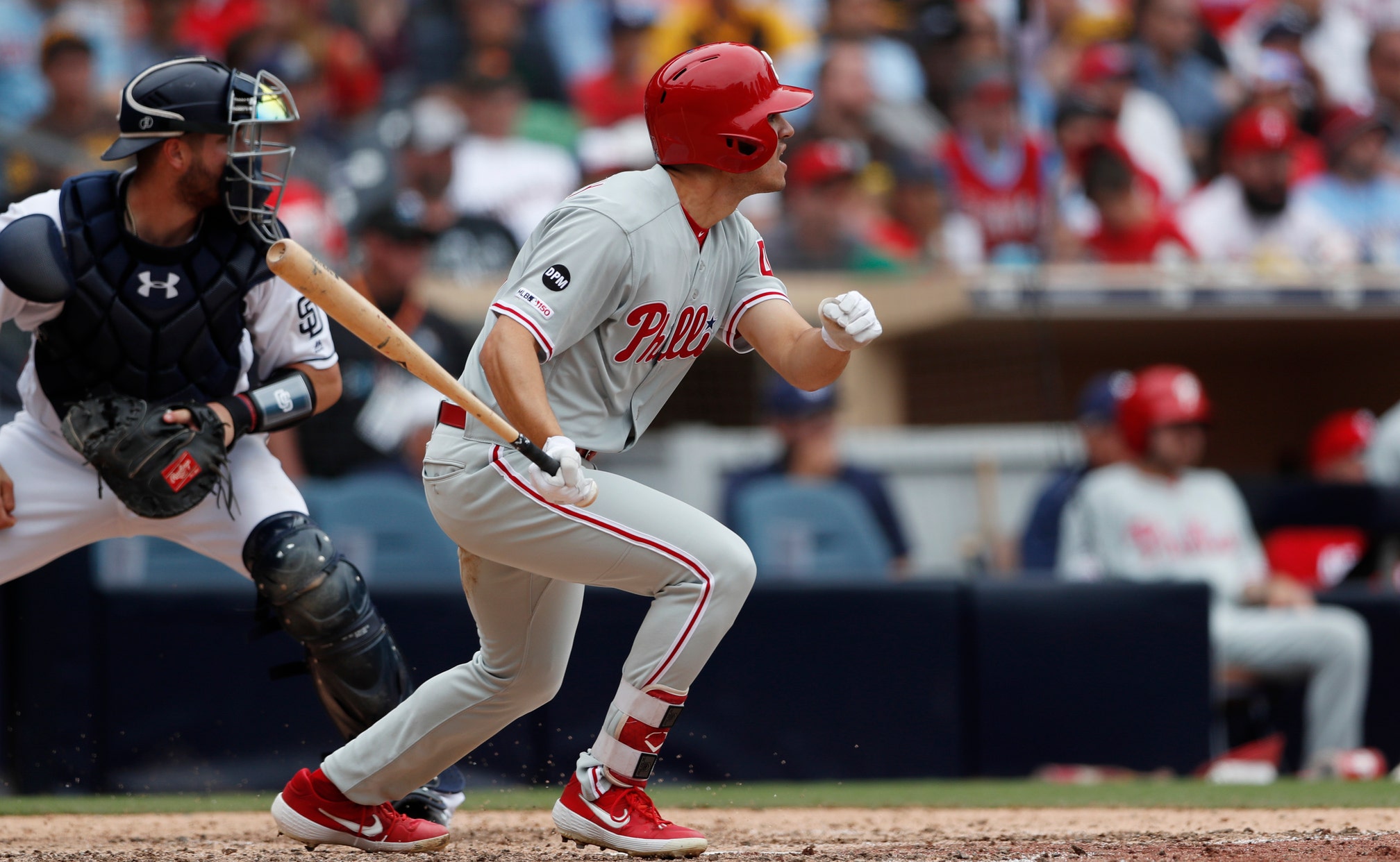 SAN DIEGO (AP) — Adam Haseley and Andrew McCutchen shared a quiet moment in the Philadelphia clubhouse on Wednesday. The 23-year-old Heasley made his big league debut a day earlier because of McCutchen's season-ending knee injury.

"He said congrats," Haseley recalled. I'm just excited to be here, but it's terrible for Cutch."

Haseley drove in the go-ahead run in the eighth inning with his first big league hit, and the Phillies rallied from a three-run deficit to beat the San Diego Padres 7-5.

"I think it was one of the most important wins of the year," Philadelphia manager Gabe Kapler said. "It would have been easy to quit and go back home and lick our wounds on the off day. But I thought our guys fought until the very last out and that was a really impressive victory for us and the momentum of our club."

Haseley made his major league debut Tuesday as the center fielder for the NL East-leading Phillies, who are scrambling to reconfigure their outfield. Odúbel Herrera has been on administrative leave since May 28 while he is investigated under baseball's domestic violence policy, and McCutchen tore his left ACL on Monday. Philadelphia acquired Jay Bruce from Seattle on Sunday.

Haseley was promoted from Double-A Reading to Triple-A Lehigh Valley on May 29. He was 0 for 4 in his Phillies debut and went 1 for 3 with a walk on Wednesday, batting eighth in the order both days.

After the game Haseley was engulfed by his wife, parents and other family.

"It's just weird all the things that have happened so fast," Haseley said. "A week ago I was sitting in Reading and now I'm here. It's pretty crazy."

Craig Stammen (4-2) walked Scott Kingery with two outs in the eighth, and Haseley sliced a sinker for an opposite-field double down the left-field line. Pinch-hitter Andrew Knapp followed with an RBI single for Philadelphia, which won its second straight after a season-high five-game losing streak.

Philadelphia trailed 5-2 in the seventh when César Hernández hit a run-scoring triple off Trey Wingenter. Bryce Harper greeted Stammen with an RBI double and scored the tying run on Jean Segura's single.

San Diego loaded the bases with one out in the eighth before Héctor Neris struck out pinch-hitter Ian Kinsler and retired Manny Machado on a flare that was caught by Segura in short left field.

"It was definitely a heart attack moment in the dugout," Kapler said.

Juan Nicasio (1-2) retired Wil Myers on a comebacker that ended the seventh. Neris got five outs for his 12th save in 14 chances.

"I'm really excited to see him throw the baseball like that," Padres manager Andy Green said.

Josh Naylor also homered for the Phillies and Myers went deep for the Padres.

Phillies: RHP Seranthony Dominguez (elbow) was removed from the game in the eighth inning after three batters and 14 pitches. He is to have tests when the team returns to Philadelphia.

Phillies: RHP Zach Eflin (5-5, 3.02) will open a three-game series against visiting Cincinnati on Friday. He is 0-2 with a 9.58 ERA in two career starts against the Reds.