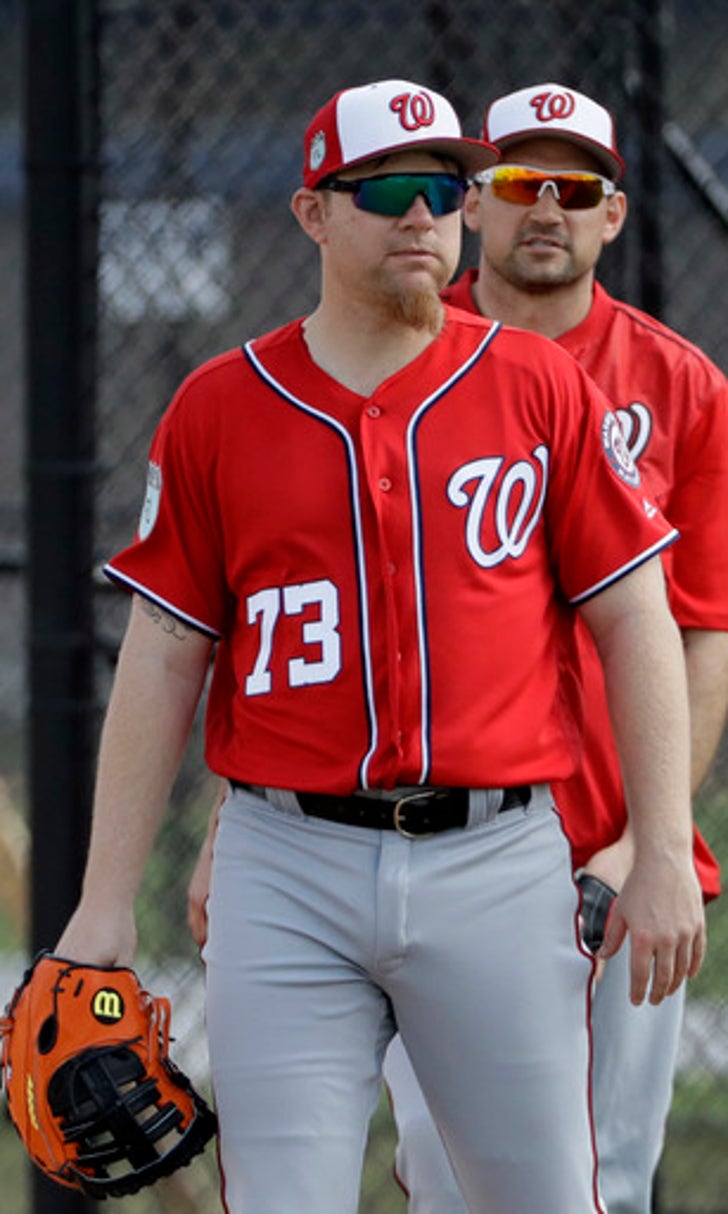 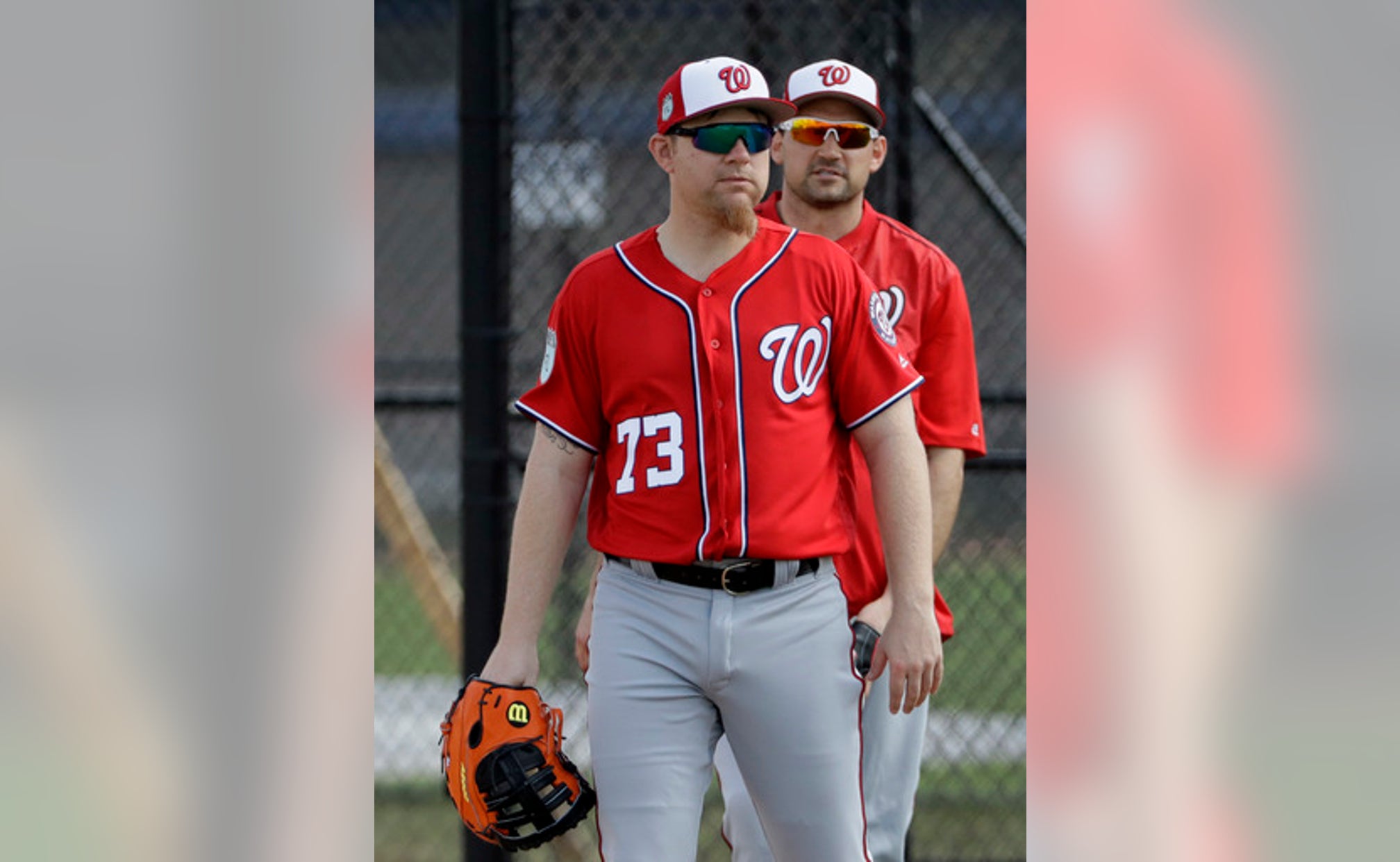 Happy to have a 'J-O-B,' Lind lands in camp with Nationals

WEST PALM BEACH, Fla. (AP) Even if Adam Lind signed with an annual contender that has a first baseman coming off his worst season and an aging left fielder, he spoke in frank terms while discussing what his contract offer from the Washington Nationals meant.

''It's a J-O-B,'' Lind said. ''I mean, really. Didn't have too much to choose from, so it was nice that (general manager Mike Rizzo) offered me the opportunity to help this team.''

It wasn't until two days before Washington's position players began reporting to spring training that Lind found what presumably will wind up being that job - as a pinch hitter, primarily, but perhaps also as someone who could spell Ryan Zimmerman at first base or Jayson Werth in left field. Zimmerman and Werth bat righty, and Lind hits from the left side.

So there Lind was at Nationals camp on Tuesday, using his bright orange first baseman's mitt to grab grounders along with Zimmerman and others who play that position.

''I figured I'd sign somewhere, at some point. Yeah, it was a little later than I wanted, but at least I didn't have any anxiety about leaving the family,'' the 33-year-old Lind said. ''I just got the call, and the next day I came.''

''We monitored him for quite some time and we thought he fit what we were looking for. He's an accomplished player that we were happy was there,'' Rizzo said. ''He's a guy that brings experience. A guy that's performed at a high level as an everyday player, if needed. He protects us in case of injuries at first base and left field, because he can play - and has played - every day.''

Lind hit .239 with 20 homers and 58 RBIs for the Seattle Mariners last season.

Across 11 major league seasons with three clubs, he has a .271 batting average with 186 homers and 664 RBIs, including a half-dozen years with at least 20 homers.

Lind hasn't played left field since 2010 with the Toronto Blue Jays. He thinks dealing with high popups at first base is harder than tracking fly balls.

''He's a veteran presence out there that we think can handle the position. It's not optimal that he plays out there every day, obviously,'' Rizzo said, ''but we feel he gives us versatility.''

Lind noted that he's lost weight, was down to 218 pounds in his physical for the Nationals.

''I'm part of the evolution of baseball: 230-pound first basemen aren't really valued,'' Lind said. ''I've learned the value of the infield hit. It's quite a big deal, I guess, these days. I've tried to trim down - and those times you're out by a quarter of a step, hopefully they'll be hits now.''

Nationals manager Dusty Baker is not ready just yet to commit to roster spots this early in spring training, saying: ''You've got to earn your way on our team. We've got a lot of competition. ... You don't know what's going to happen.''

But Rizzo sounded a lot more certain of the likelihood that Lind will find a place on the 25-man roster that the defending NL East champions bring north when the season begins in early April.

Rizzo mentioned Lind and a pair of players from last season who were re-signed - Chris Heisey, Stephen Drew - when discussing likely reserves.

''Those three are experienced and successful at the very difficult job of pinch hitting,'' Rizzo said. ''It's a very potent bench that adds versatility and can get big hits at the right time.''

NOTES: C Matt Wieters, a four-time All-Star for Baltimore, agreed in principle to a contract with the Nationals, pending a physical. The deal is worth $10.5 million this season, and includes a player option for 2018 worth another $10.5 million, according to a person familiar with the deal.