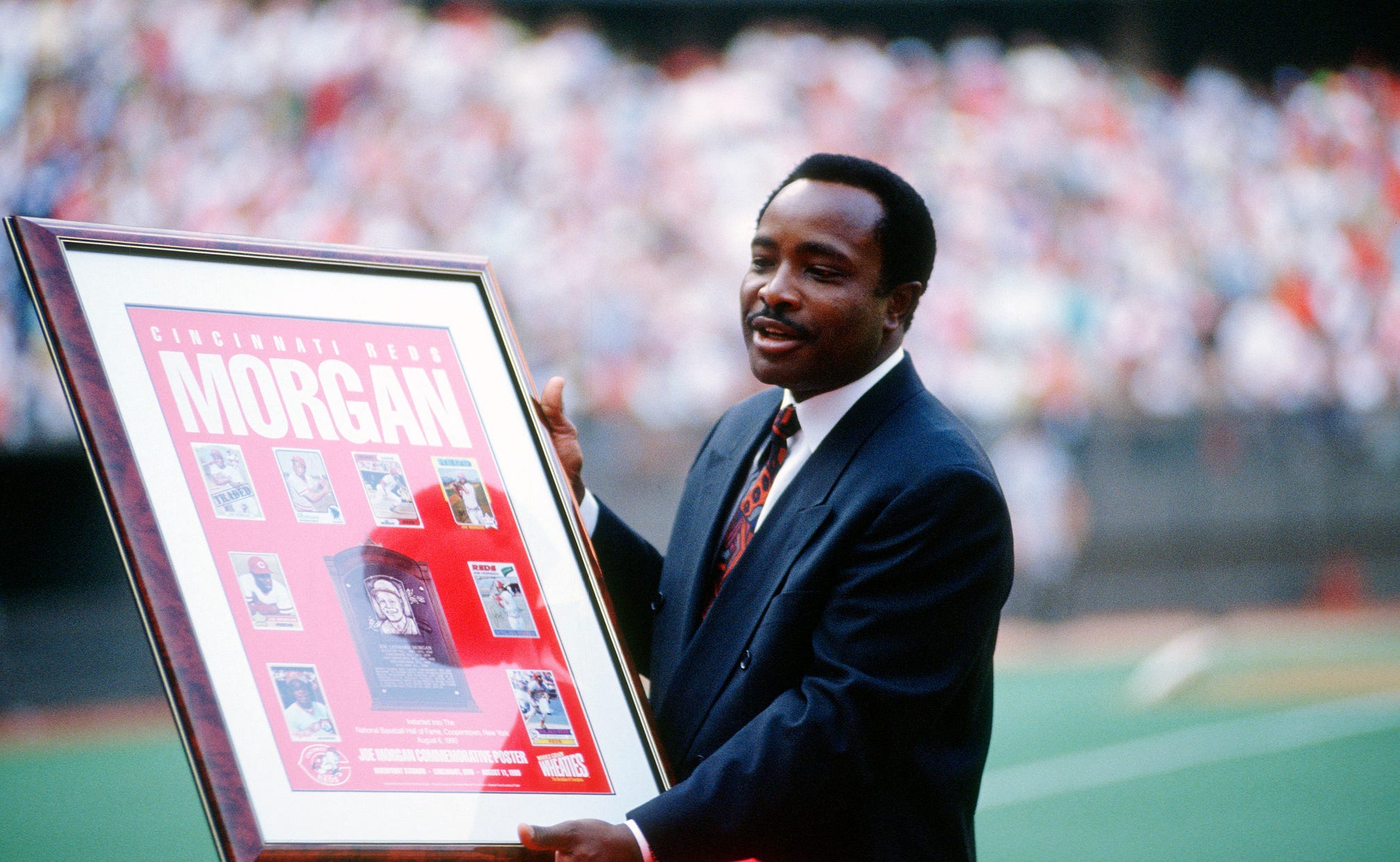 Morgan had suffered from a variety of health issues, including a form of polyneuropathy, a nerve condition.

The Reds organization released a statement regarding Morgan's passing on Monday morning.

During Morgan's 22-year career, he won two World Series titles with Cincinnati in 1975 and 1976 and was named National League MVP in both of those seasons.

He was a 10-time All-Star, five-time Gold Glove winner, and was inducted into the Baseball Hall of Fame in 1990 as a first-ballot selection, receiving 81.8 percent of the vote.

Morgan's No. 8 jersey was retired by the Reds, and he was named an All-Star in each of the eight seasons he spent in Cincinnati.

Over the course of his career, he spent 10 seasons with the Houston Astros, two with the San Francisco Giants, one with the Philadelphia Phillies and one with the Oakland Athletics.

After his playing career, Morgan spent more than two decades as a broadcaster for ABC, NBC and ESPN, before returning to the Cincinnati organization as a special adviser to baseball operations.

Former players and members of the sports world reacted to Morgan's death Monday:

Lowe, Snell Pace Rays in Game 2 Win
Two home runs and nine strikeouts helped even the World Series at 1-1 on Wednesday. Here's how.
6 hours ago

World Series Top Plays: Game 2
Check out the top plays from Wednesday night's Dodgers-Rays matchup, as Tampa Bay got right back into the 2020 World Series.
10 hours ago

Special Delivery
Clayton Kershaw's postseason reputation may precede him, but the Dodgers star is setting the stage to flip the script.
15 hours ago