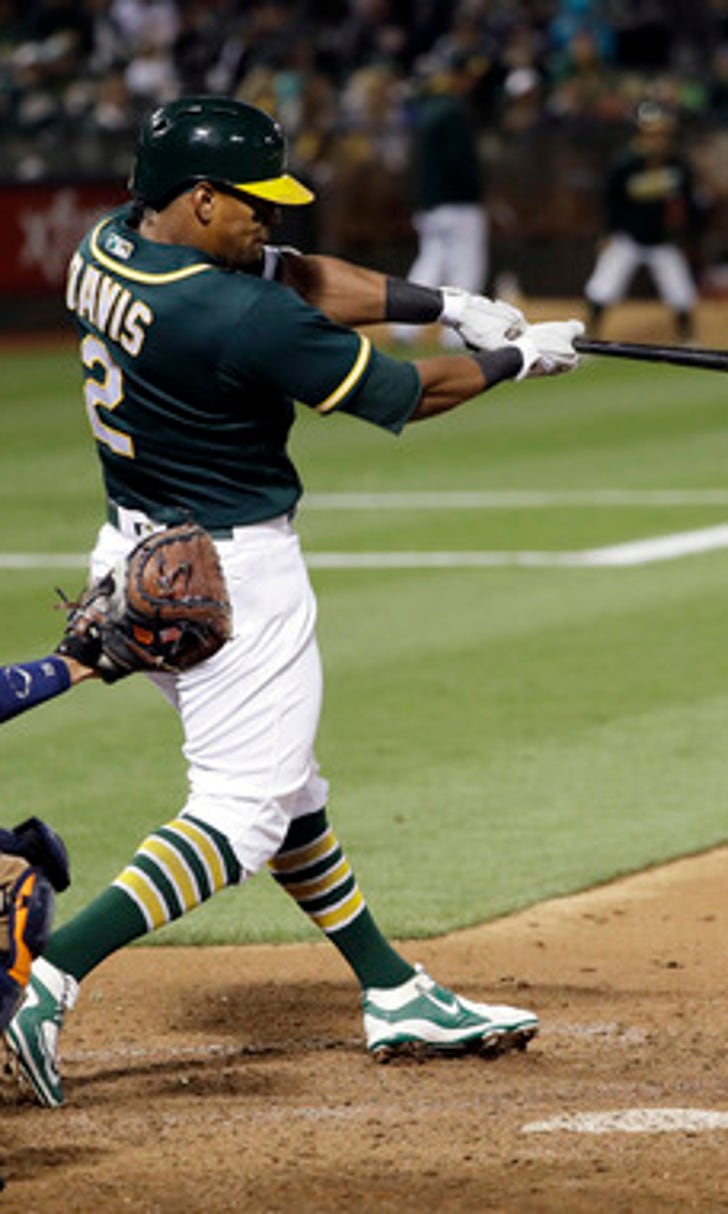 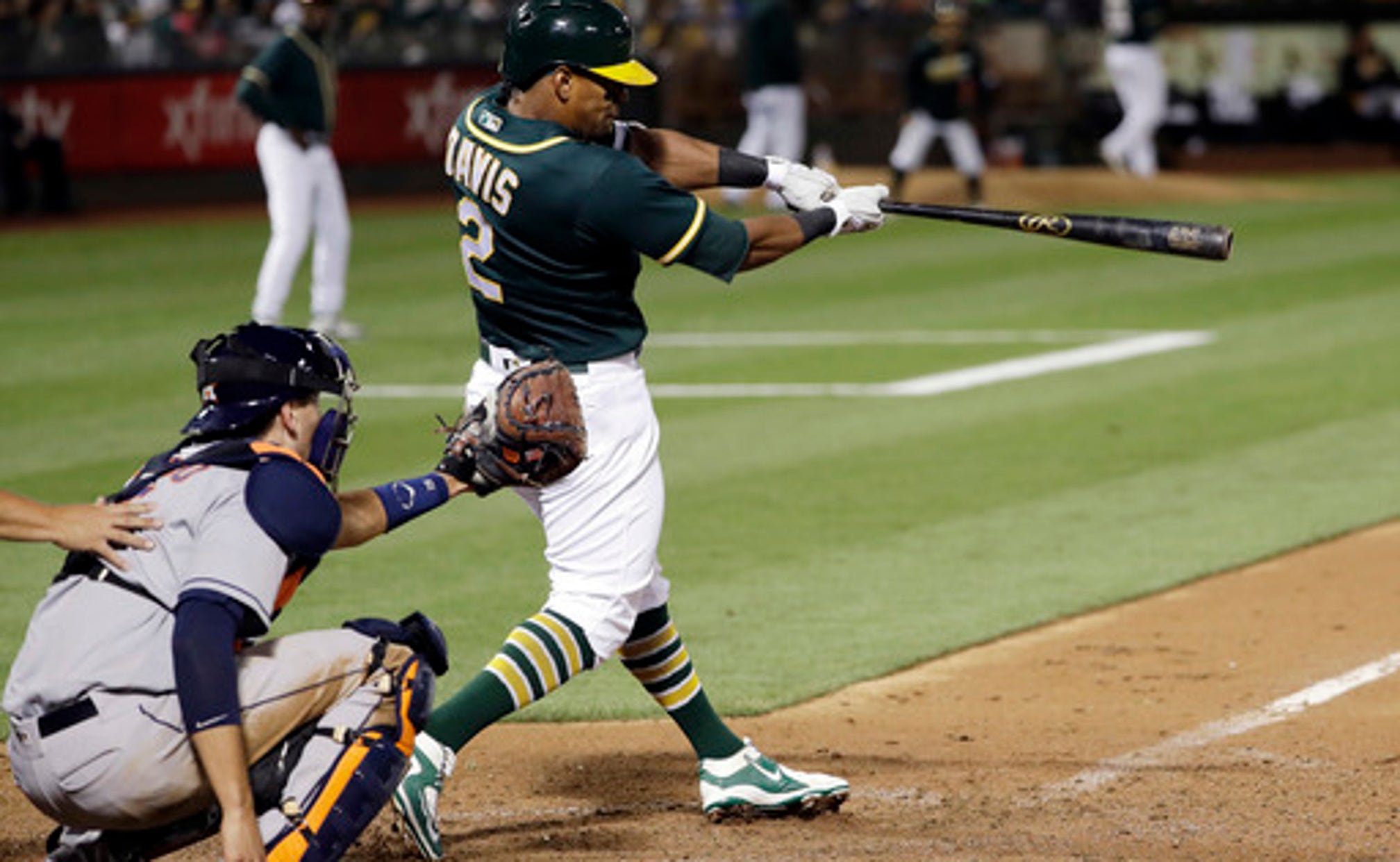 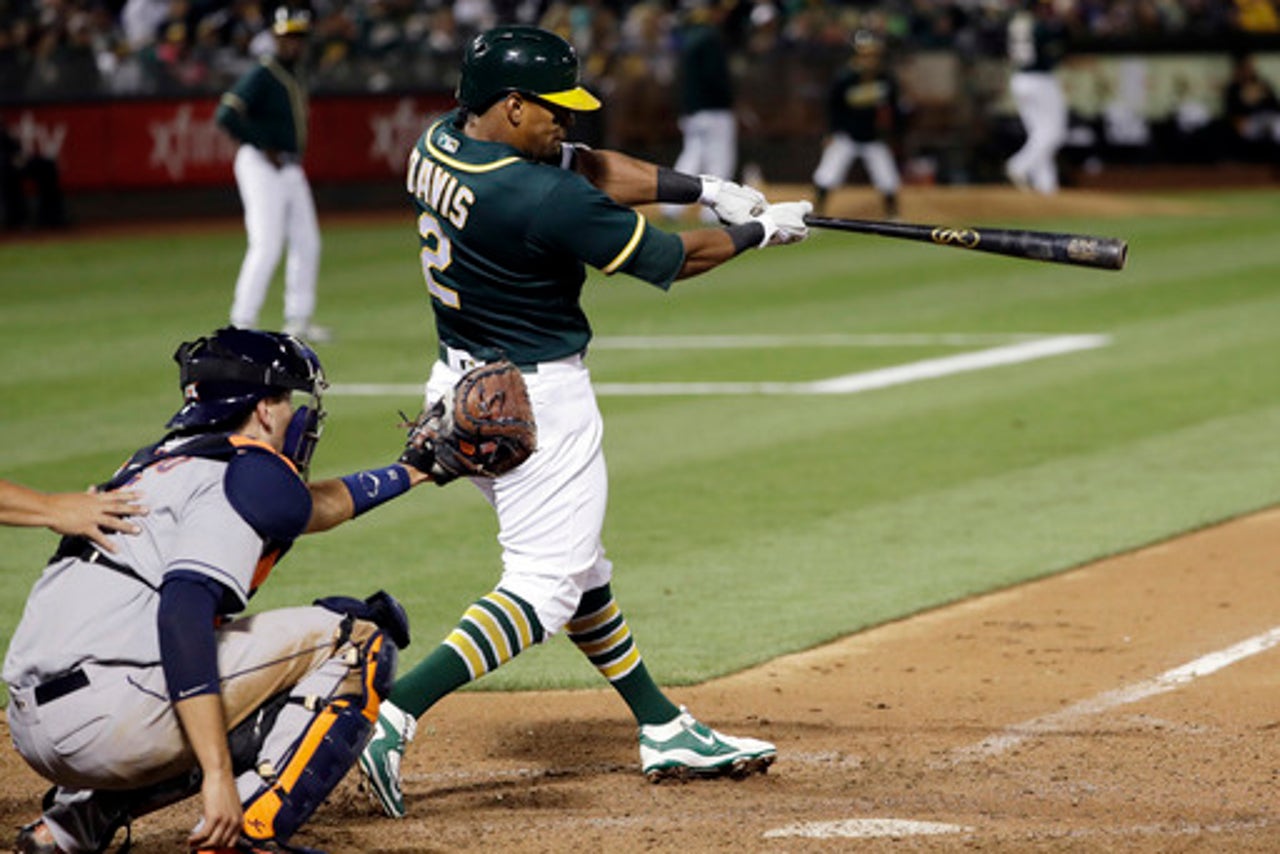 OAKLAND, Calif. (AP) Yonder Alonso drove in three runs with a pair of two-out hits to back Kendall Graveman's fifth consecutive win, and the Oakland Athletics beat the Houston Astros 7-4 on Monday night.

Oakland has won three of four since the All-Star break.

Alonso doubled in a run in the second inning then added a two-run single as part of five-run fourth when the A's sent 12 men to the plate. The Astros walked five batters in the inning, two with the bases loaded.

Graveman (6-6) allowed three runs over seven innings to earn his second straight win over Houston. The right-hander, who also beat the Astros in his final start before the break, struck out five and walked one.

Dyan Dull retired three batters and Ryan Madson pitched the ninth for his 20th save.

Marwin Gonzalez homered for the second time in three games for Houston.

The A's got plenty of help from the Astros pitching.

Michael Feliz replaced Fiers and walked three consecutive batters including Josh Reddick and Danny Valencia with the bases loaded. Reddick had struck out swinging in his first two at-bats before drawing a four-pitch walk to force in Healy.

Davis hit his 23rd home run this season off Scott Feldman in the seventh.

Houston took a 2-1 lead in the top of the fourth when Carlos Correa scored an unearned run on a throwing error by Healy, Oakland's rookie third baseman. A's manager Bob Melvin tried to argue that Correa interfered with Healy while running from second to third on the play.

Athletics: Right-hander Nick Tepesch was claimed off waivers by the Royals. Tepesch had been designated for assignment when Oakland needed to clear room for 3B Ryon Healy last week.

Astros: LHP Dallas Keuchel (6-9) makes his second consecutive start against Oakland on Tuesday at the Coliseum. The reigning AL Cy Young winner allowed one run over seven innings against the A's in his final outing before the All-Star break.

Athletics: Dillon Overton (1-1) will be called up from Triple-A Nashville to start against Houston. This is the rookie left-hander's second stint in the majors.