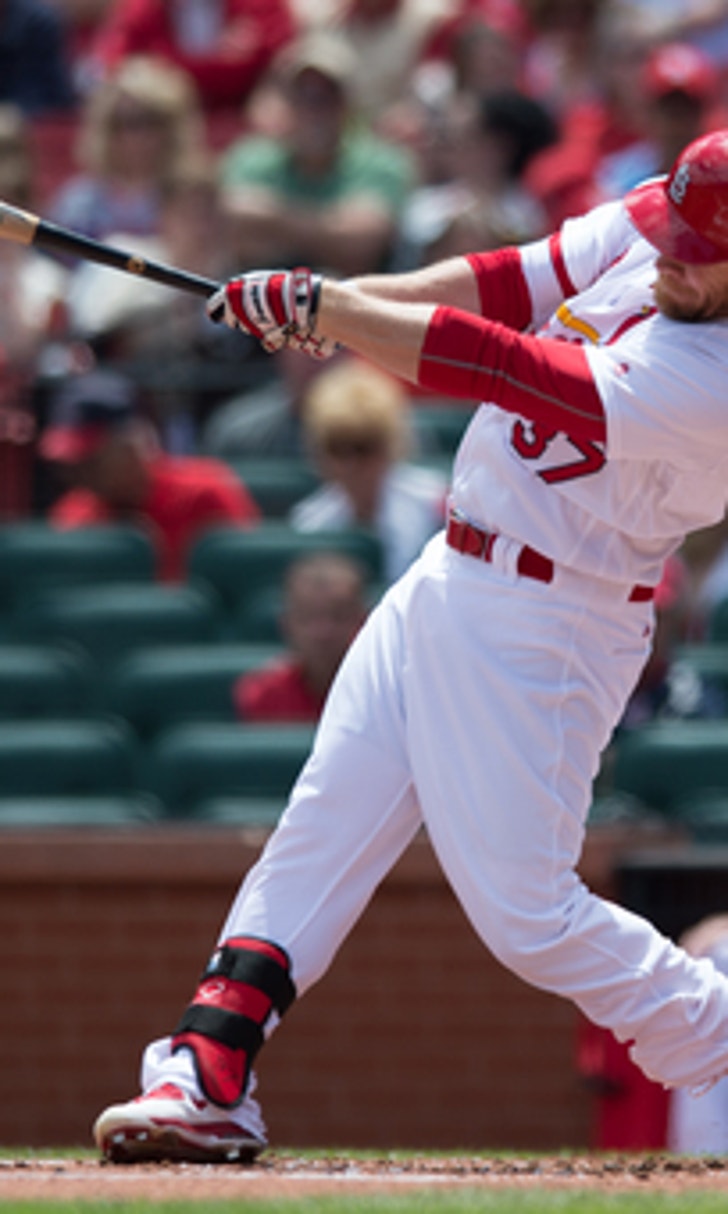 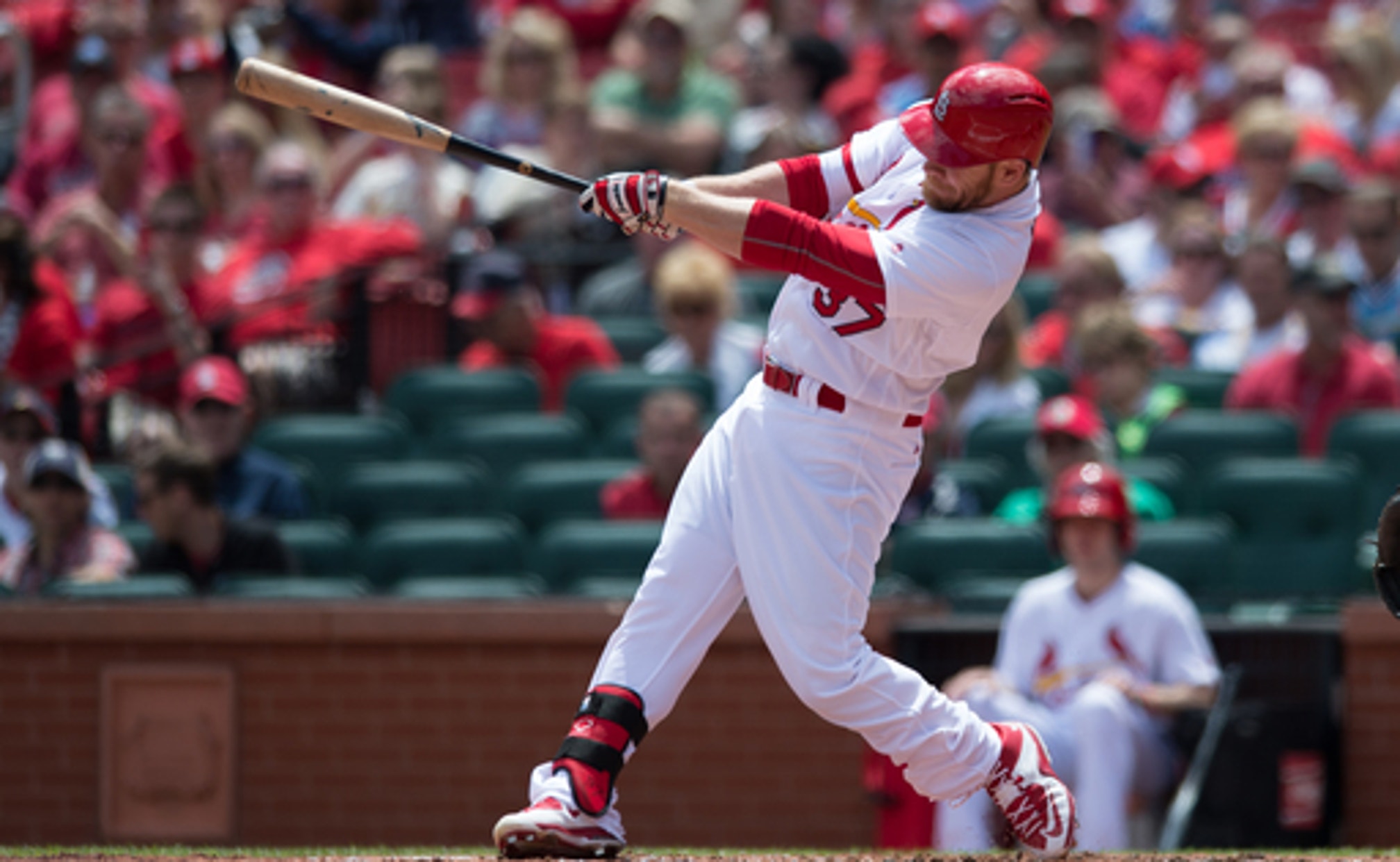 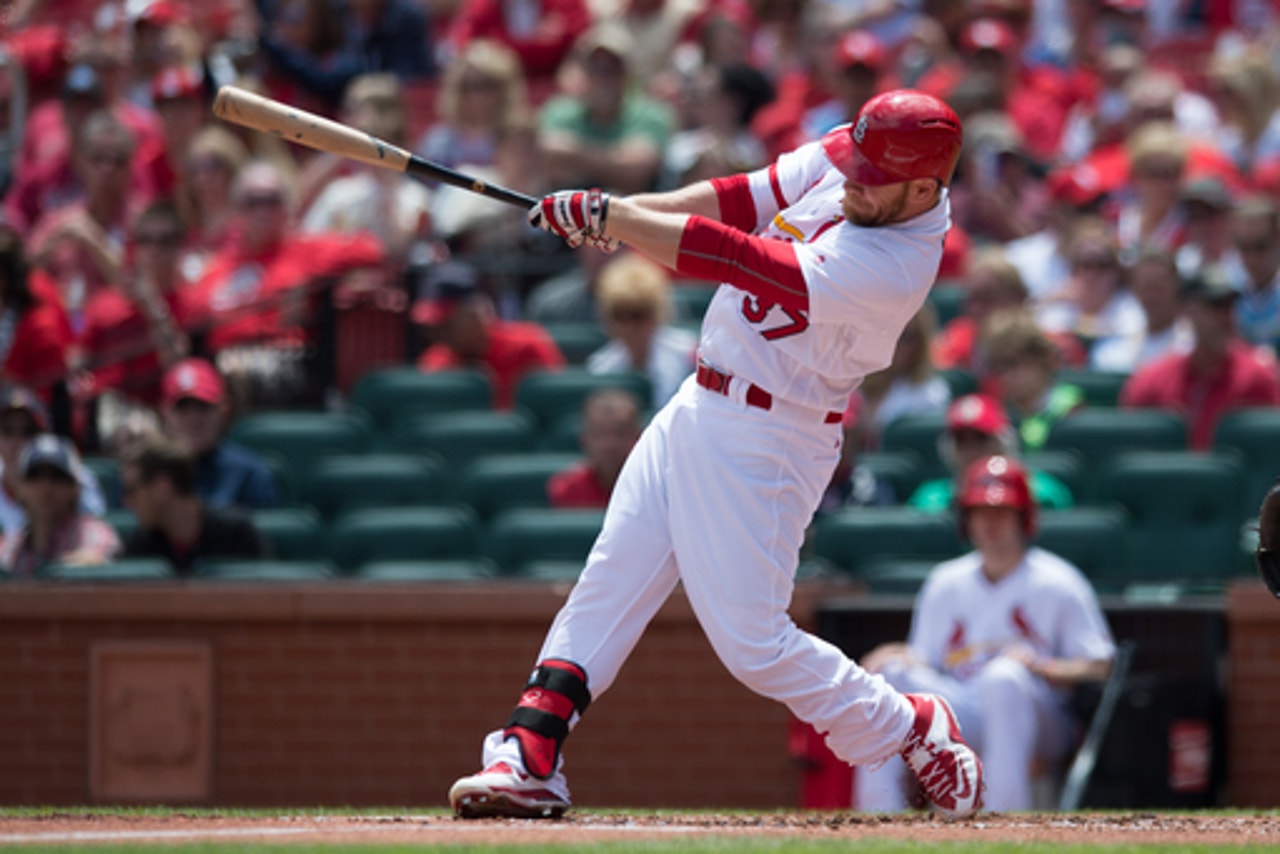 Later, Garcia wanted to rave about the 462-foot drive by Moss. It was the longest home run by a left-handed hitter in the history of new Busch Stadium, which opened in 2006.

Garcia also was impressive. The left-hander gave up just two hits, walked none and struck out five.

The Phillies were certainly impressed.

''Basically, he had us eating out of his hands,'' manager Pete Mackanin said. ''He did everything you could ask a pitcher to do.''

Stephen Piscotty drove in two runs and also made an outstanding catch in right field to help preserve the shutout.

Moss unloaded off Jerad Eickhoff (1-4) for a solo homer in the first inning.

''I feel like I hit it really well,'' Moss said. ''I'm still searching for consistency, but I'll take that one. Any homer is a good homer.''

Cardinals closer Trevor Rosenthal took over to pitch the ninth and gave up two quick singles.

Andres Blanco followed with a foul flyball to right and Piscotty ran a long way, then made a hard, headfirst dive onto the dirt for the catch.

''It was a great effort by our guys all over the field,'' St. Louis manager Mike Matheny said. ''We put together something late offensively, something good to build on.''

The Phillies threatened in the fifth after Cameron Rupp and Tyler Goeddel singled, but Peter Bourjos lined into a double play.

The Phillies scored just eight runs in the four-game series and lost three times. They were shut out twice.

''We're not frustrated at all,'' shortstop Freddy Galvis said. ''That's baseball right there. Sometimes you're going to score runs, sometimes you're not. We'll be fine. We just have to keep working.''

Cardinals: 1B Matt Adams exited the game in the fourth because of a bruised left knee. He collided with Rupp on a play at first base in the first inning. He is listed as day-to-day.

Phillies: RHP Vince Velasquez (4-1, 1.44) will open a three-game series at Miami on Friday. He has not allowed an earned run in three of five starts this season. He will be opposed by LHP Wei-Yin Chen (2-1, 4.26) The Phillies are in the middle of a 10-game road trip.

Cardinals: RHP Carlos Martinez (4-1, 2.60) faces Pittsburgh LHP Francisco Liriano (2-1, 3.86) in the opener of a three-game series on Friday. Martinez had pitched at least six innings in all five starts this season.