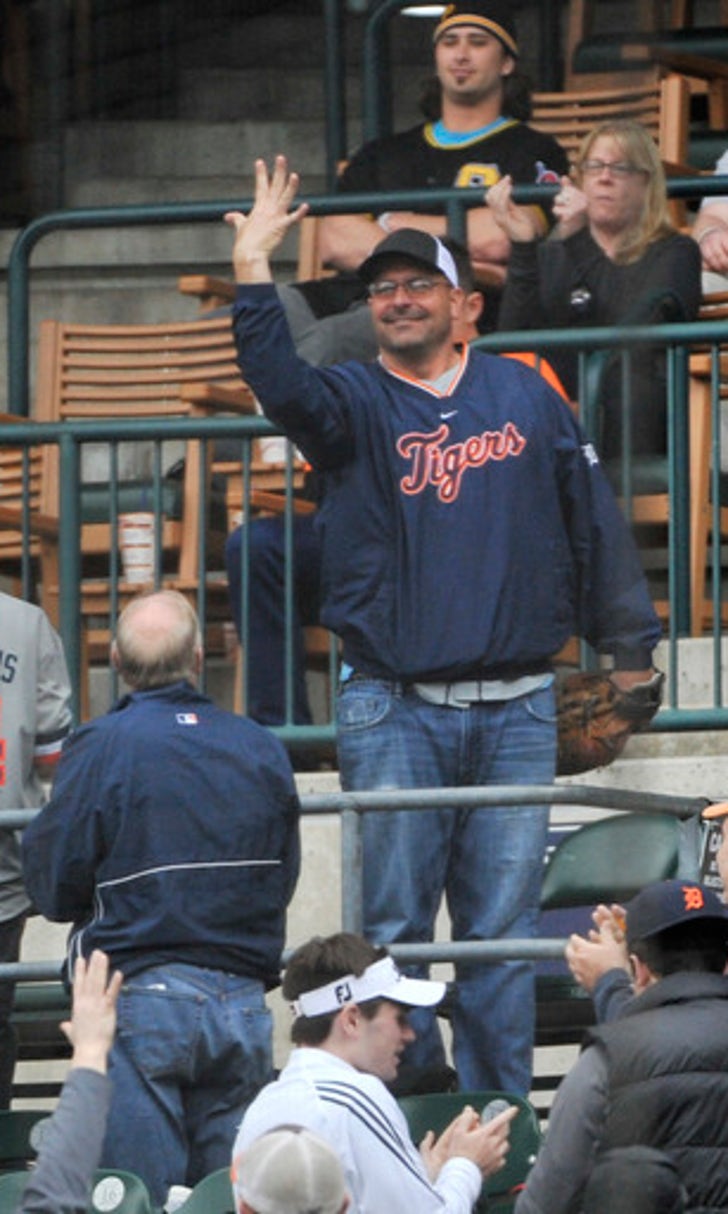 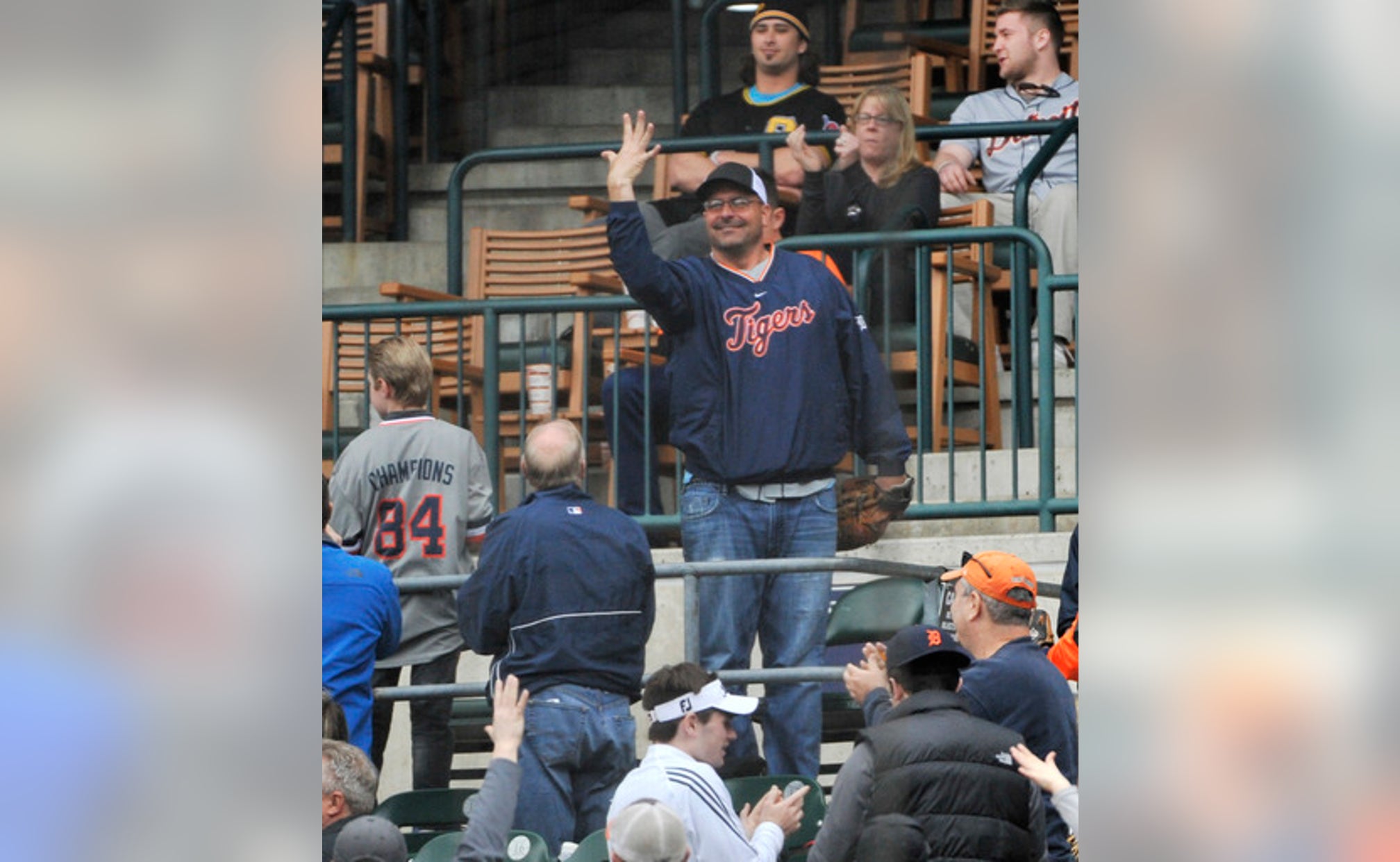 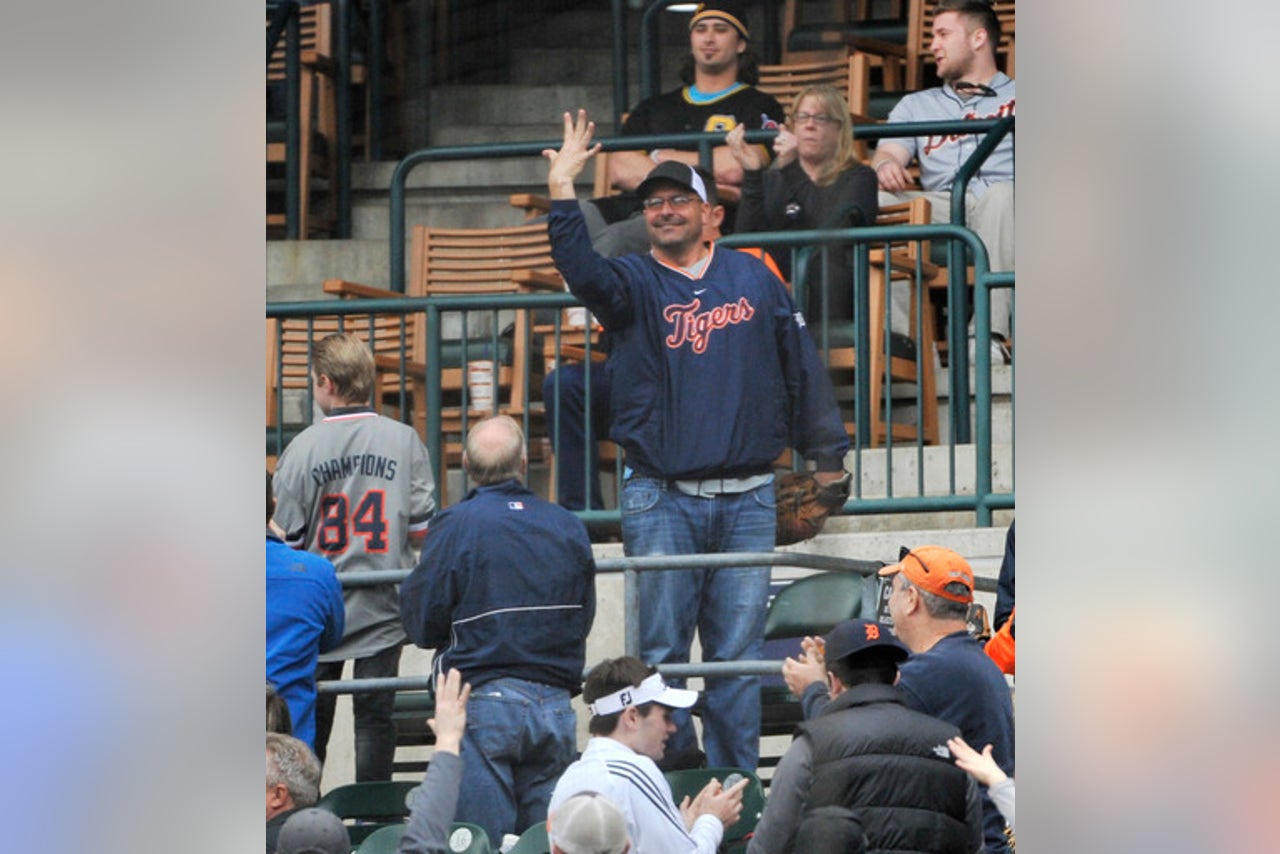 DETROIT (AP) For most people, catching a foul ball at a major league game would be the thrill of a lifetime. On Monday, Bill Dugan almost got bored by the whole thing.

In a performance that captivated a Comerica Park crowd that wasn't much enjoying the Detroit Tigers' 7-4 loss to the Pittsburgh Pirates, Dugan caught five foul balls in the first eight innings. Dugan, who gave all five to nearby kids, was sitting behind home plate, in an area normally used for fans in wheelchairs.

With a small crowd on a chilly afternoon, he took advantage of the extra space to catch three pop-ups - all on the fly - and snare two ricochets off the facing of the press box.

The 39-year-old said he's caught more than 200 balls in his years as a Tigers fan, both in batting practice and games, but five was his record for a game.

By the time he had gotten four in the first two innings, he was a local celebrity. He did interviews with the media and posed for selfies with fans but still paid enough attention to grab the fifth in the eighth inning.

He still has one goal left, though: ''I've never caught a home-run ball.''

Why the Rays will shine through
The Dodgers have countless advantages, but FOX Sports analyst Ben Verlander offers five reasons why he's picking the Rays.
22 mins ago

Bellinger's Bomb Sends Dodgers to World Series
Los Angeles stared down a 3-1 deficit and came up clutch when it mattered. Now, they'll try to finish what they've started.
19 hours ago