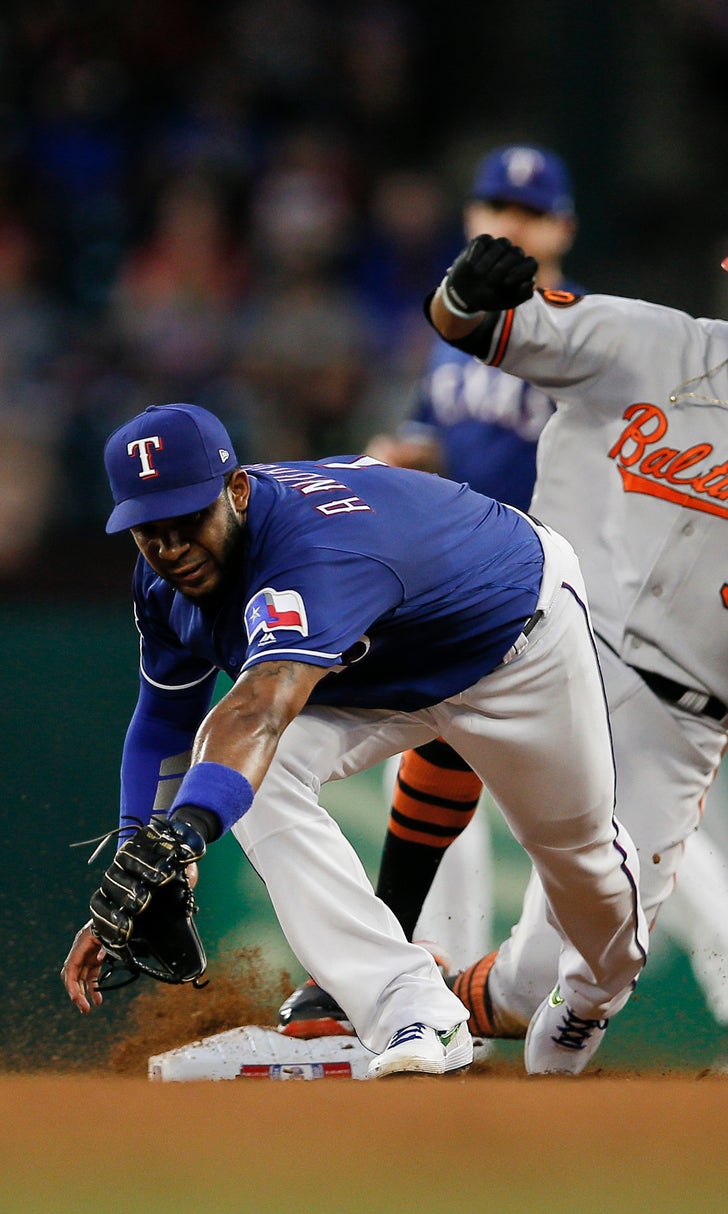 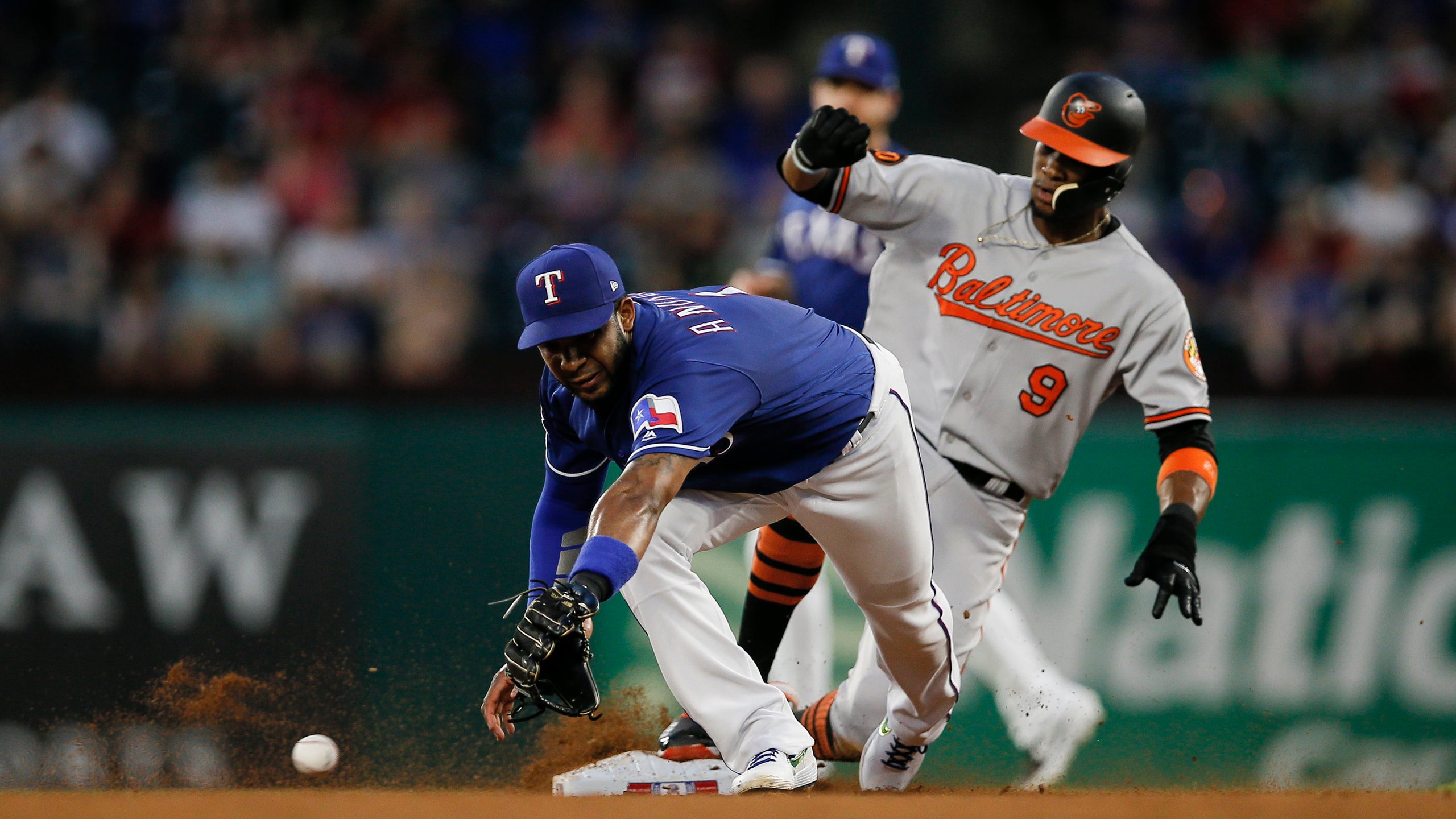 ARLINGTON, Texas (AP) — Delino DeShields has wasted no time making a better impression during his third stint with the Texas Rangers this season.

DeShields' single up the middle in the 12th inning, his fourth hit of the game, drove in pinch-runner Isiah Kiner-Falefa from second base to give the Rangers a 2-1 victory over the Baltimore Orioles on Wednesday night.

"It's nice for me to come up and be able to contribute like I did today, but I don't want to take any of the credit away from these guys," said DeShields, who matched a career high in hits.

DeShields singled off Paul Fry (0-3), who entered in the 11th. Kiner-Falefa ran for Asdrúbal Cabrera, who led off the 12th with a single to left field. Kiner-Falefa advanced to second when Shin-Soo Choo was hit by a pitch on the left wrist and scored on DeShields' hit.

DeShields scored Texas' other run on a double by Elvis Andrus in the first inning after reaching on an infield single.

Texas' primary center fielder for most of the past four seasons, DeShields was initially demoted to Triple-A Nashville on May 8 with a .182 batting average. He was recalled for the second time Sunday after Joey Gallo was placed on the injured list.

DeShields had two hits on Tuesday night in his first start since this latest recall. He had only three other two-hit games in the previous 43 this season in which he had a plate appearance.

"His swing is consistent," Rangers manager Chris Woodward said. "It looks so much better and more efficient."

The Rangers were two outs from a 1-0 win when rookie Richie Martin homered, the second of his career, to hand Shawn Kelley his third blown save of the season.

Orioles rookie John Means gave up one run on four hits and one walk and struck out five. Means retired 11 of his last 12 batters, allowing only a walk after the third inning. Means is winless in his last four starts despite a 3.27 ERA over that span.

"Early on I didn't really have my best stuff," Means said. "As the game went on, I had a better fastball."

Catcher Pedro Severino, who hit a career-high three home runs in the Orioles' 12-11 win on Tuesday, left the game two batters into the bottom of the first inning with a head contusion after taking a foul ball off his mask. There was no evidence of concussion symptoms.

Third baseman Jonathan Villar left in the fifth with a sore right thumb.

DJ Stewart left in the sixth with a sprained right ankle. He tripped over a sliding Hanser Alberto while pursuing a foul pop down the right-field line and slid into the wall.

"I pride myself on being tough, but I think we made the smart decision," Stewart said.

DIRK OFF THE MARK

The ceremonial first pitch delivered by recently retired Dallas Mavericks star Dirk Nowitzki was high and outside, beyond the reach of "catcher" Andrus.

"He's got to catch that," Nowitzki said with a smile. "He made me look bad."

X-rays on Choo's wrist were negative. . Rangers RHP Jesse Chavez retired all four batters whom he faced to run his scoreless streak to 19 2/3 innings. . The Orioles were 1 for 13 with runners in scoring position with 11 left on. . Rangers RHP José Leclerc fanned two of the six batters whom he faced, giving him strikeouts in 18 straight appearances. . Means' brother, Indiana State 3B Jake Means, was drafted Wednesday by the Kansas City Royals in the 22nd round.

Orioles RHP Andrew Cashner (leg soreness) had his next start pushed back from Thursday at Texas to Saturday at Houston.

Spring Training Sights And Sounds
Baseball is back, as the Cactus and Grapefruit Leagues take the field to start spring training. Check out Day 1's best moments!
20 hours ago