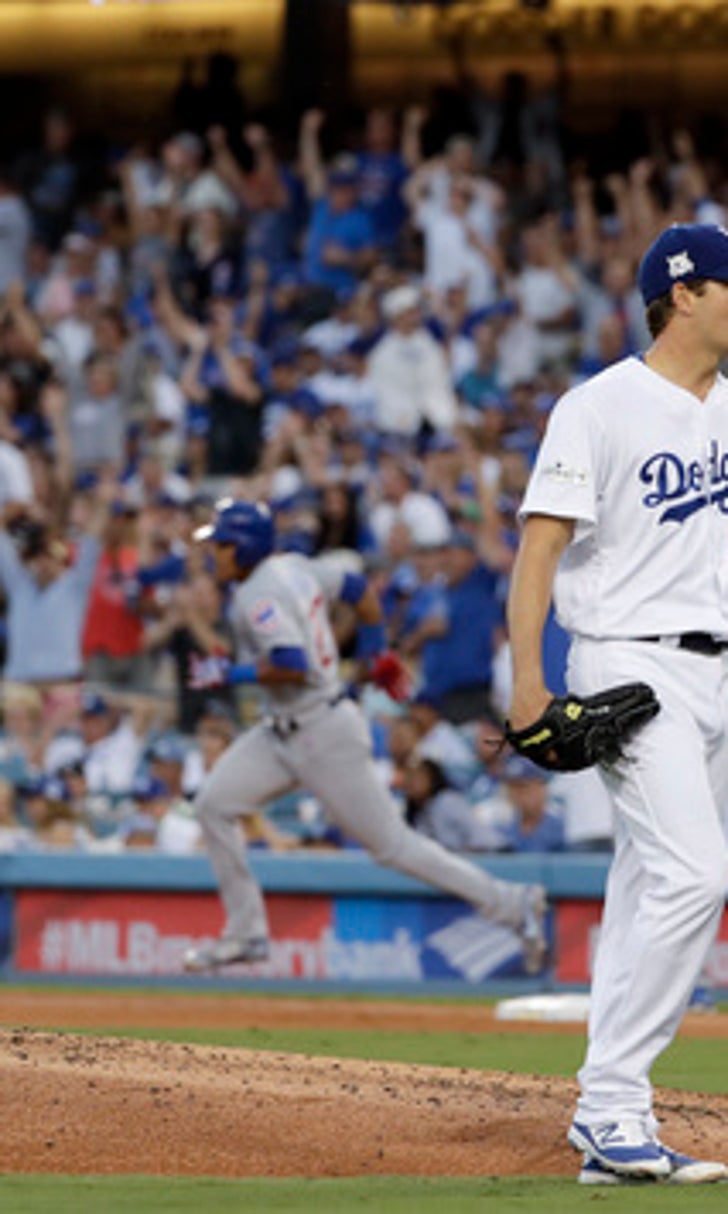 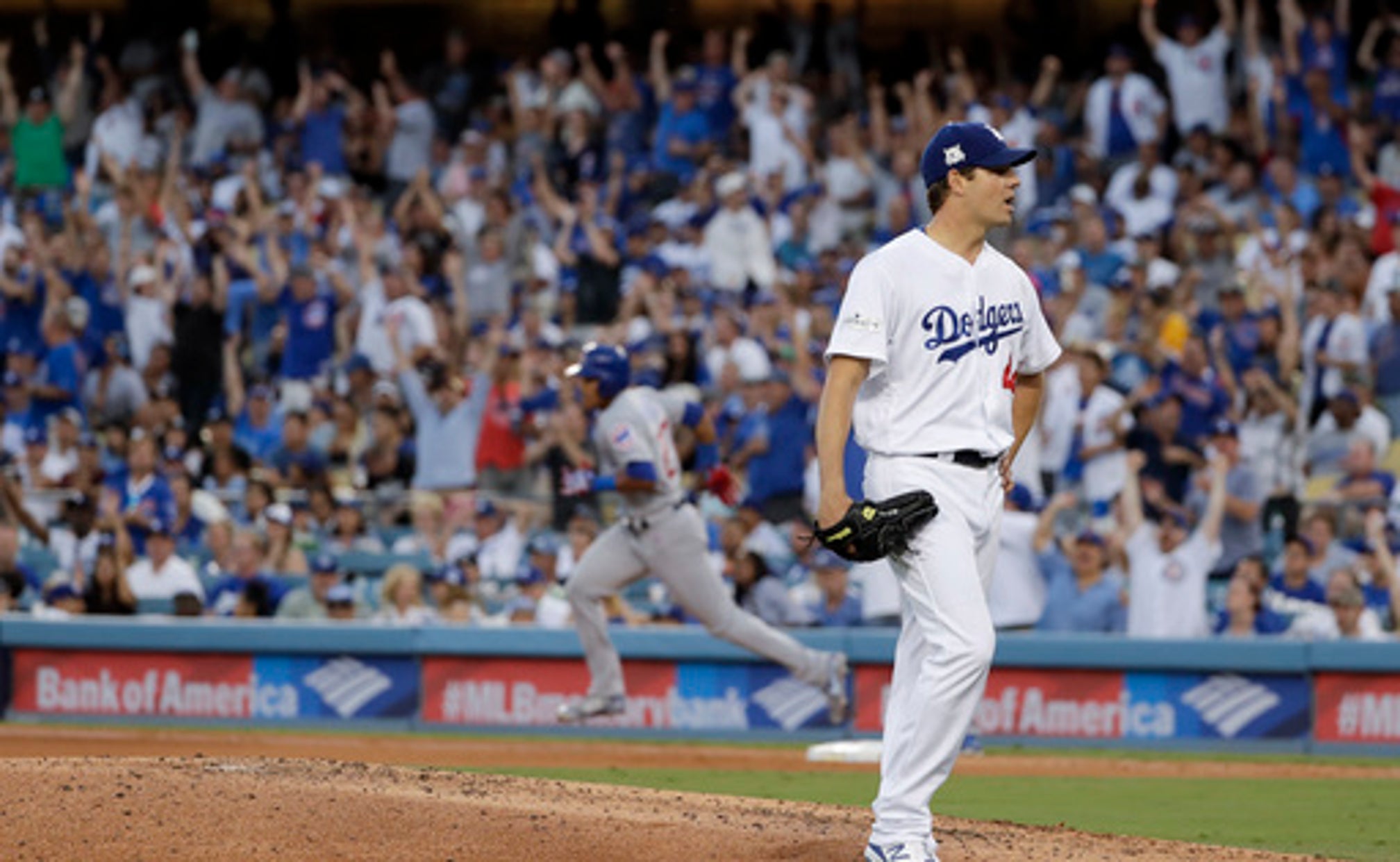 LOS ANGELES (AP) Out of the majors, Rich Hill never believed he was out of chances. It only looked that way.

Unwanted by a single big league organization, and already in his mid-30s, Hill found himself pitching for the Long Island Ducks in the summer of 2015.

Yep, the same guy who will be starting Game 2 of the World Series for the Los Angeles Dodgers on Wednesday night.

''A couple years ago, I was using a bucket in independent ball as a toilet,'' he recalled last weekend.

Script writers seeking a follow-up to ''Bull Durham,'' ''Field of Dreams'' and ''The Natural'' need look no farther than Dodger Stadium, just 7 miles down the 101 from the Hollywood Walk of Fame.

King of the Hill, he is.

''I never thought I was done,'' he said last December after getting a $48 million, three-year deal from the Dodgers.

The 37-year-old lefty rapidly regained his grip, and will cap his rise when he takes on the Houston Astros, who start Justin Verlander, the MVP of the AL Championship Series. The Dodgers lead the Series 1-0.

After a decade in the major leagues, Hill began 2015 with the Washington Nationals' Triple-A team at Syracuse, New York, and was released in June. He signed with the Ducks, struck out seven over five hitless innings on Aug. 2 against the Bridgeport Bluefish, then a week later struck out 14 over six scoreless innings versus the Camden Riversharks.

''I think it's something that people will think of and say, wow, it's just a bunch of guys that are washed up or guys that didn't get an opportunity to make it,'' he explained Tuesday. ''But that's not true. If you actually go to a game and take it in and see, there's a lot of good talent here. It just happens that there wasn't any room for these players in affiliated baseball.''

Boston took notice, purchased his contract and brought him back to the big leagues in mid-September.

''It was a great experience. I wouldn't change that for anything,'' Hill said. ''It was learning again, reigniting that fire, reigniting that passion for what we do out there on the field and really getting back into disassociating yourself with the results and just understanding that it is a pitch-to-pitch process and understanding that the moment is all that matters.''

At the news conference to announce his big deal, Hill's voice quavered and his face flushed with emotion when he thanked his wife, Caitlin; son Brice, who was born in 2011; and son Brooks, who was less than 2 months old when he died in February 2014.

''He was born with multiple issues that we confronted and had to deal with,'' Hill said at spring training that year. ''Unfortunately, he succumbed. He's passed. He taught us a lot of things. Unfortunately, things didn't work out.''

Dodgers manager Dave Roberts admires Hill for a passion and intensity that stands out even among hyper-competitive major leaguers.

''He's wacky on his start days,'' Roberts said. ''He gets more mad when he swings and misses than he does giving up a homer. This guy thinks he's Superman on the baseball field. So it's kind of comical at times.''

Hill's performance in Los Angeles has been blistering - both good and bad.

He retired his first 21 batters at Miami in September 2016 when Roberts removed him after 89 pitches. Hill missed significant time last year because of a strained left groin and a blister on the middle finger of his pitching hand.

On Aug. 23 this year, he retired the first 24 batters at Pittsburgh before third baseman Logan Forsythe misplayed Jordy Mercer's grounder for an error in the ninth, ending another perfect game bid. Hill pitched no-hit ball until Josh Harrison homered leading off the 10th for a 1-0 win.

Still, his season was interrupted twice by the blister, which sent him to the disabled list from April 7-16 and April 17 to May 16. After returning for the second time, he held opponents to a .194 batting average and averaged 11.2 strikeouts per nine innings, finishing with a 12-8 record.

Hill thought back to ''those times of struggle and in the times of failure in the rehab, the years of rehabbing, not being in an affiliated clubhouse.''

''You understand how fortunate you are to play this game and fortunate to be able to get the opportunity to go out there and play,'' he said.