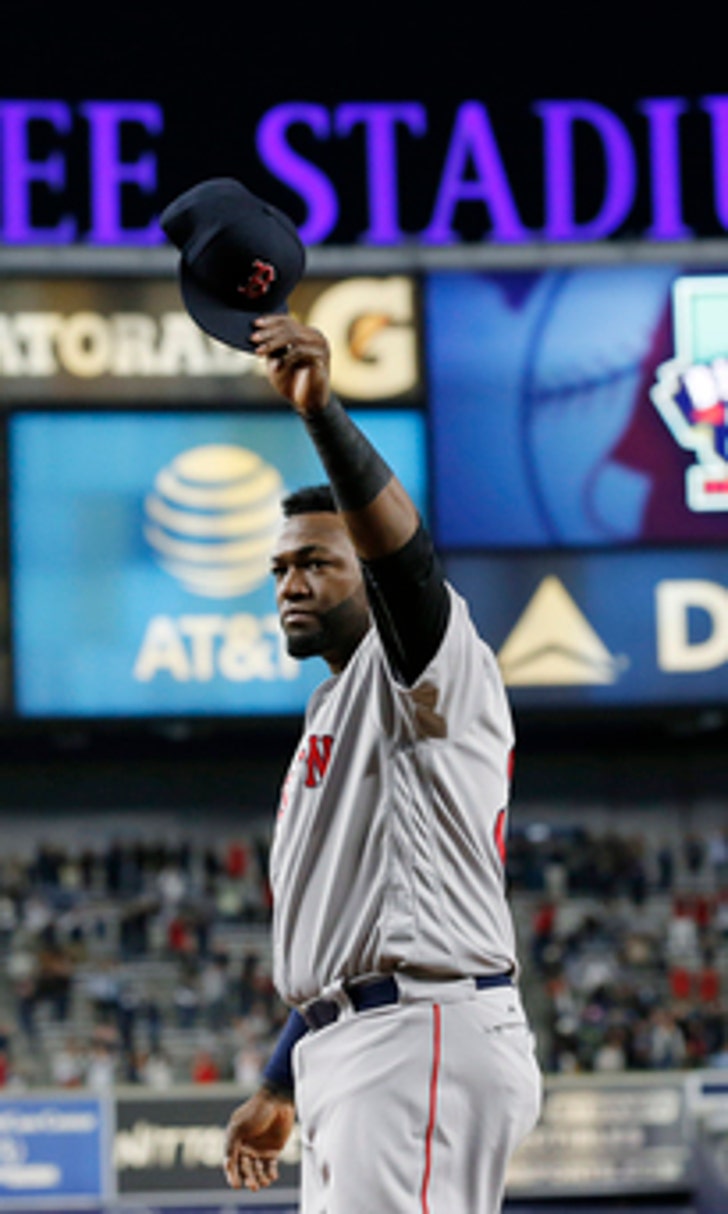 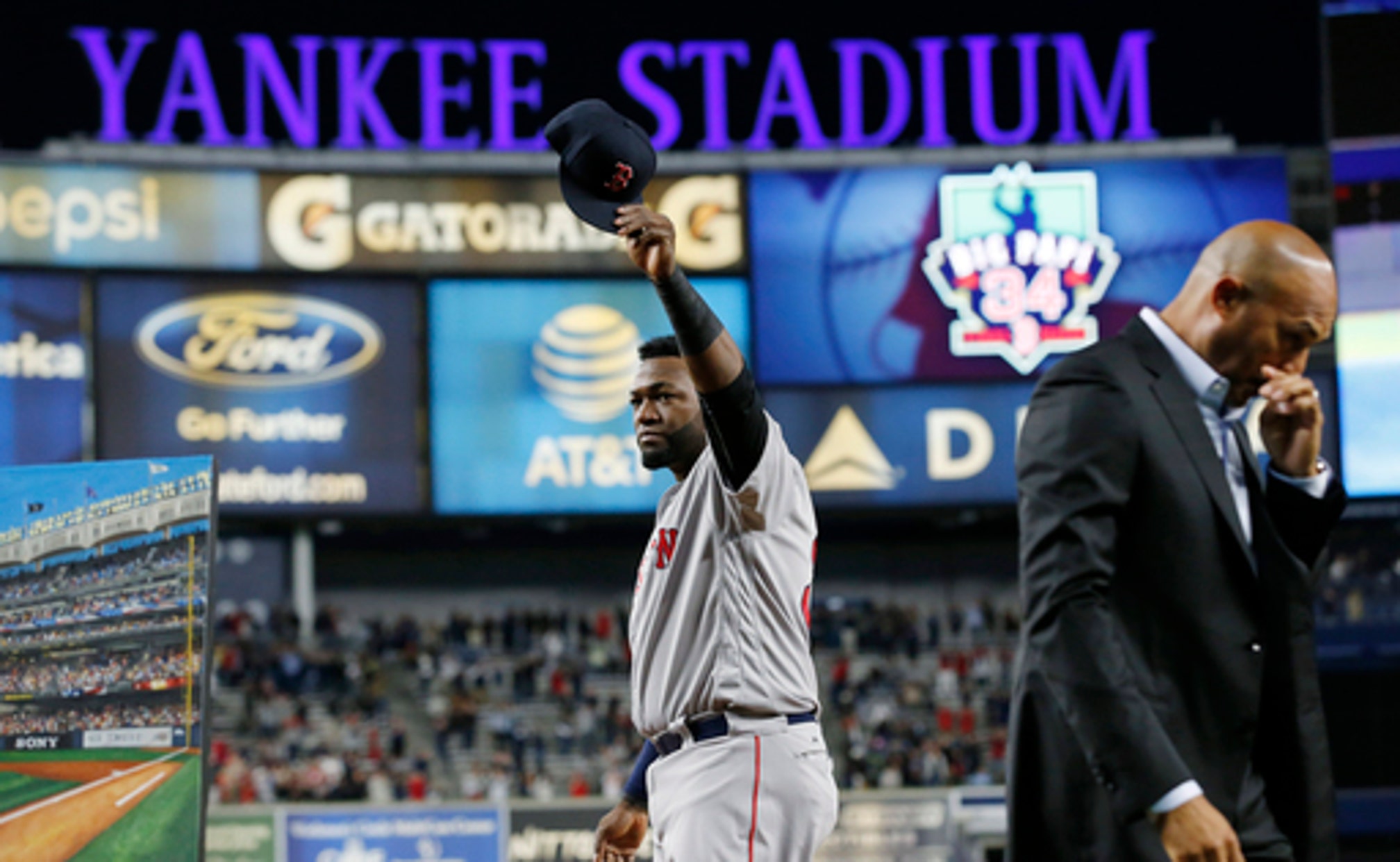 previous story
Saints moving to shore up defense before season slips away
next story
LEADING OFF: Wild-card chases in AL and NL, rainy forecasts 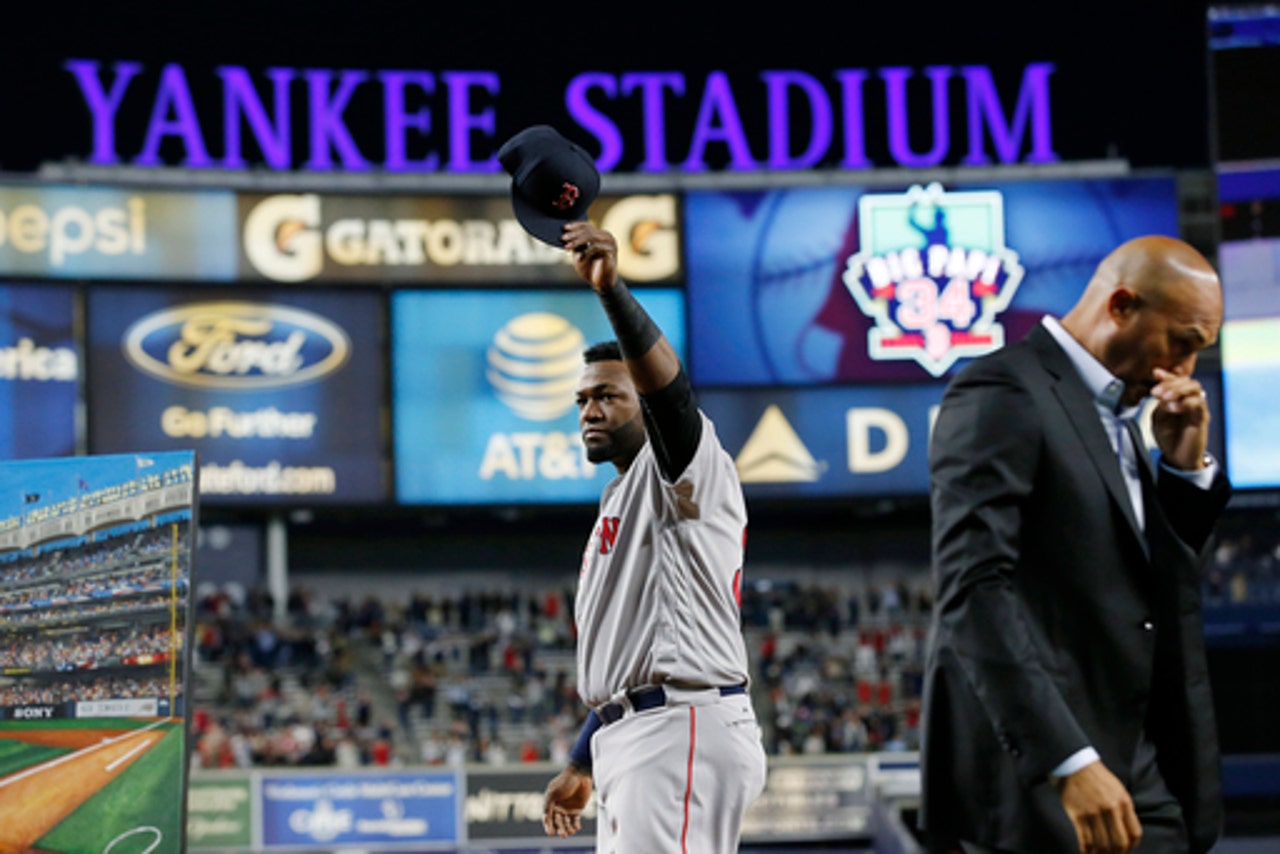 NEW YORK (AP) Boston Red Sox star David Ortiz was given a 30-second standing ovation by fans at Yankee Stadium when he walked to home plate for the first at-bat of his final game in the Bronx.

There were many fans in Red Sox colors in the crowd, which chanted his nickname ''Pa-pi! Pa-pi!'' Only a smattering of boos could be heard.

Ortiz struck out against CC Sabathia, dropping to 0 for 10 in the three-game series. He is hitless in his last 14 at-bats against the Yankees.

Entering with a .316 average, 37 homers and 124 RBIs, the 40-year-old designated hitter is having among the greatest final seasons in big league history.

During a pregame ceremony that lasted about 5 minutes, Ortiz was presented an oil painting of himself and a leather-bound book with handwritten letters from current and former Yankees. The Red Sox had honored a pair of Yankees greats before their Fenway Park finales, Mariano Rivera in 2013 and Derek Jeter the following year.

Ortiz has 53 regular-season homers against the Yankees, all but one with Boston, tied with Hank Greenberg for fourth behind Jimmie Foxx (70), Ted Williams (62) and Manny Ramirez (55). His 31 homers at the old and new ballpark in the Bronx are tied with Mickey Vernon for second-most among visiting players, one ahead of Williams and one behind Goose Goslin.

Rivera came out and exchanged a hug with Ortiz, then helped him unveil the Justyn Farano painting, which depicts Ortiz standing at the plate and tipping his cap to the Yankee Stadium crowd.

Ortiz waved his hat to the crowd, which stood and applauded during the just-over-5-minute ceremony. As Ortiz left the field, the sound system played Neil Diamond's ''Sweet Caroline,'' a Red Sox fan favorite.

Boston was to head home for a three-game series against Toronto this weekend that ends the regular season. Ortiz will be honored throughout, and the Red Sox then will have three days off before their AL Division Series opener.

''It's a weekend of celebration well deserved,'' Red Sox manager John Farrell said, ''and he'll have time to recover.''

MLB Recap: Astros Move On, Talk Trash
Carlos Correa had thoughts for Astros haters, while the Marlins' epic streak rolls on. Here's what else happened on Day 2.
11 hours ago

This MLB Postseason Is Unlike Any Other
The MLB postseason is larger, stranger and tougher than ever. Success will come to those who can adapt, Martin Rogers writes.
17 hours ago