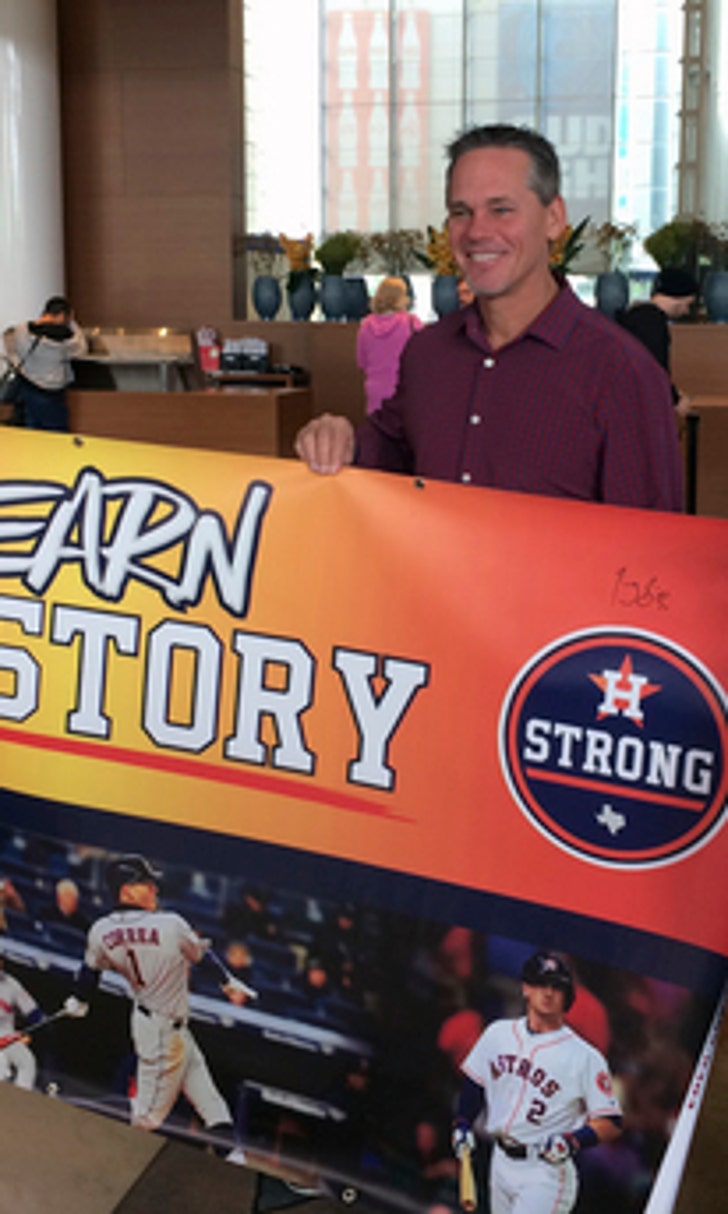 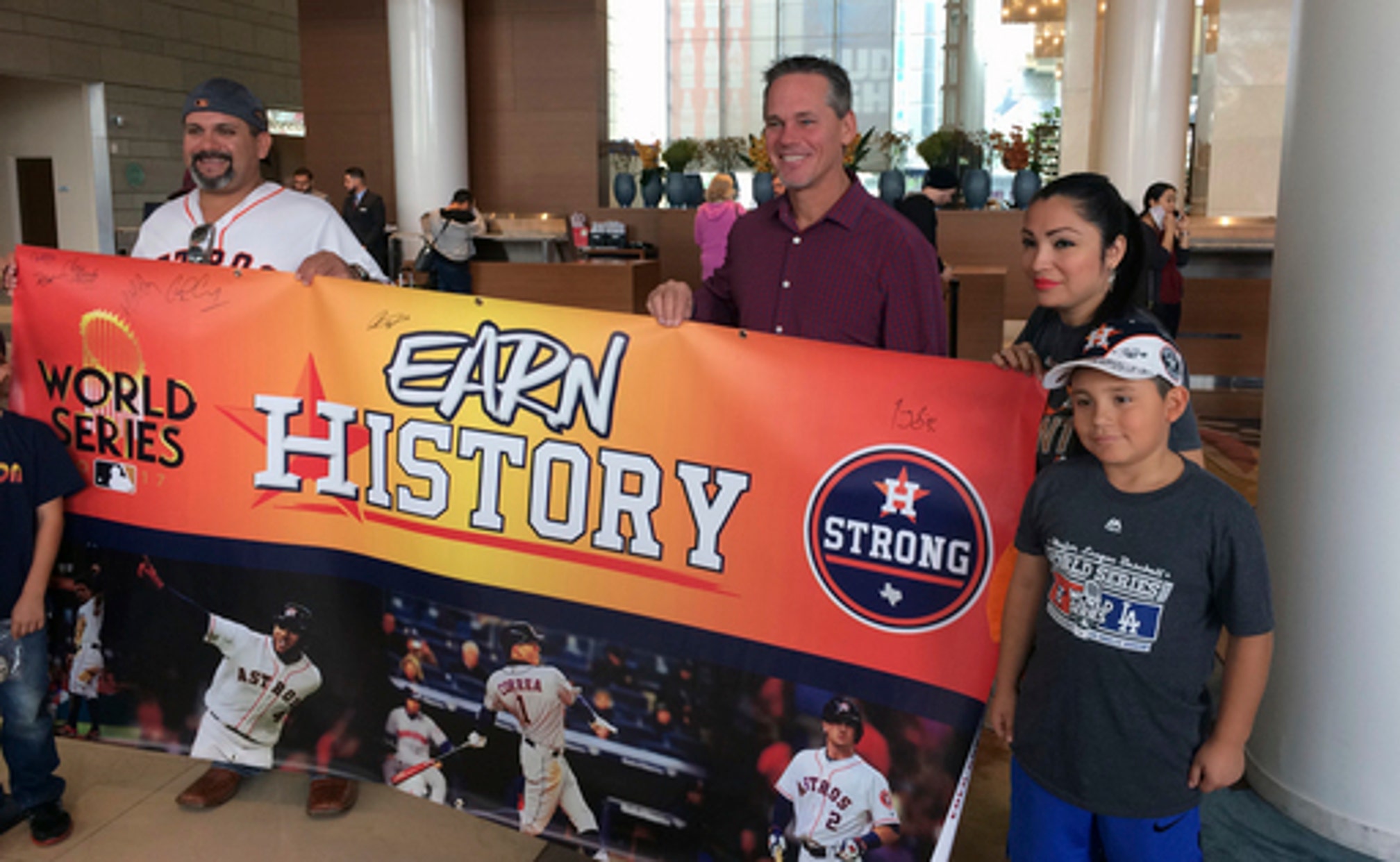 previous story
Bulls use strong second half to beat Magic 105-83 (Nov 03, 2017)
next story
Canadiens like having AHL's Laval Rocket close at hand

HOUSTON (AP) World Series MVP George Springer planted the Houston Astros' championship trophy at the front of a firetruck amid the roar of cheering fans and the nation's fourth-largest city honored its title-winning team with a victory parade Friday.

Orange and blue confetti rained down on the players and hundreds of thousands in downtown Houston. Four military jets soared above a sea of Astros T-shirts, jerseys, pennants and banners along the 20-block parade route, which had been extended to accommodate the larger-than-expected crowd. Fans stood more than 10 rows deep, with chants of ''Let's go Astros'' echoing off skyscrapers, while some claimed bird's-eye views from the upper floors of parking structures, waving banners and signs.

''I want everybody to celebrate, enjoy it,'' the outfielder said. ''Houston, we have a championship team and nobody can take that away from us.''

Springer, shortstop Carlos Correa and pitcher Dallas Keuchel alternated hoisting the championship trophy as their truck passed the cheering crowds along the parade route. Outfielder Josh Reddick wore a giant, orange-foam cowboy hat as he waved from atop another vehicle. And in a nod to the team's history, Hall of Famers Craig Biggio and Jeff Bagwell were among the former Astros riding on another truck.

''Houston, we did it, these guys did it,'' Astros manager A.J. Hinch said at the rally, pointing to players standing behind him and then thanking them. ''Thank you for how much you love each other. And thank you for making Houston a championship city.''

Scores of fans had gathered downtown hours ahead of the parade's start, including Manuel Mejia and his 15-year-old son, Jonah. They snatched a key spot along the route by 9 a.m. and set up four folding chairs at a street corner to be able to see the start and end of the parade.

''I'm just trying to get a good spot. It's going to get packed,'' the 43-year-old father said before the parade began, noting that he's been a fan of the team since his father took him to his first Astros game when he was 8 years old.

He and other fans said the World Series win is great for all of Houston, as the city continues to recover from Hurricane Harvey and the devastating rains and flooding that followed the late August storm.

''We needed this win real bad for the city of Houston,'' said 47-year-old LaShawn Harris, who lives in the suburb of Baytown. ''Harvey is gone. Harvey is smashed. Harvey is no more. It is all about today.''

The Astros took home their first championship in franchise history with a Game 7 win Wednesday in Los Angeles against the Dodgers. Wearing an ''H Strong'' logo on their jerseys in support of the hurricane-ravaged city, the Astros won the title that had eluded them since they started out in 1962 as the Colt .45s.

The parade is the first championship for a professional sports team in the city since the Houston Rockets won back-to-back NBA titles in the mid-1990s. The 1995 Rockets parade attracted an estimated 500,000 people.

It's also the first World Series title for a team from Texas.

''This has united the city and the state,'' Gov. Greg Abbott, who participated in the parade, said. ''This is a victory that is far bigger than Houston, Texas.''

The Houston school district canceled classes on Friday so students, staff and their families could attend the parade. And the city's public transit agency waived all fees, as people were encouraged to use public transportation because parking downtown was limited.

Many underground garages remain closed because of damage caused by the flooding that devastated parts of the city after Harvey.

Sign up for the AP's weekly newsletter showcasing our best reporting from the Midwest and Texas: http://apne.ws/2u1RMfv