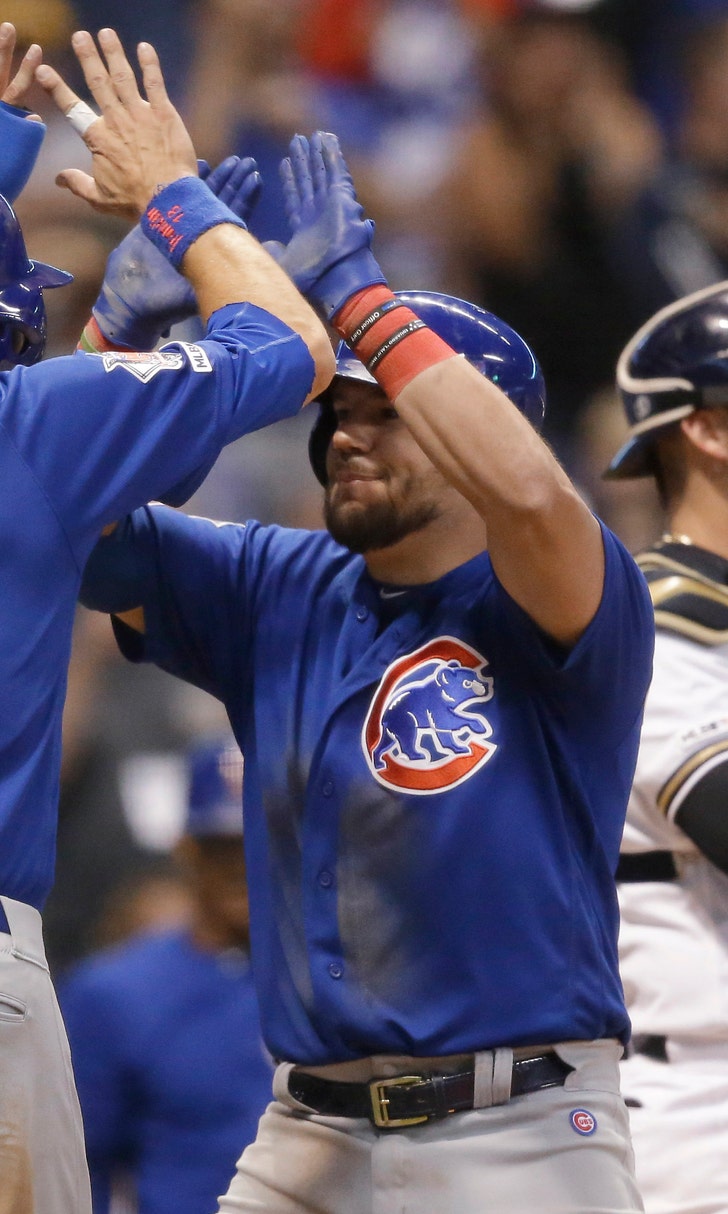 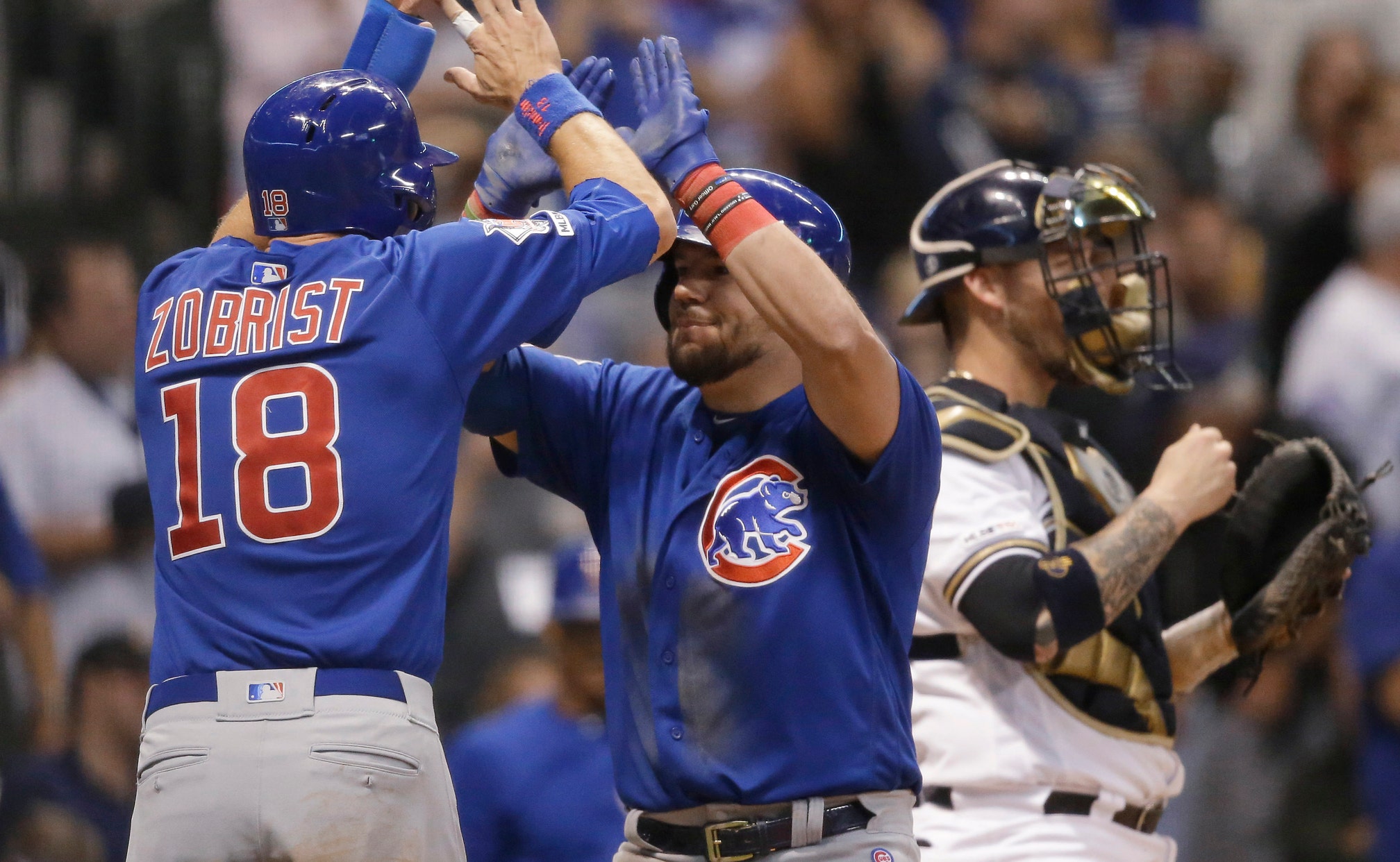 PITTSBURGH (AP) — Brian Moran became the first player in major league history to make his debut while on the mound facing his brother, striking out younger sibling Colin in the Miami Marlins' 10-7 win over the Pittsburgh Pirates on Thursday night.

Brian (1-0) entered in the fourth inning with the Marlins trailing 5-2. After Bryan Reynolds led off with a groundout, Colin stepped to the plate having doubled in each of his first two at-bats.

The 30-year-old Brian fell behind 3-1 before throwing back-to-back sliders to strike out Colin looking. The 26-year-old Colin shouted toward the mound on his way back to the dugout. Moran hit Josh Bell with a pitch and then got Melky Cabrera to fly out in his only inning of work.

The Marlins rallied for four runs in the fifth, allowing Brian to get the win. Colin finished 2 for 4.

They became the first siblings to face each other in a pitcher-batter scenario with one of the brothers making his major league debut, according to the Elias Sports Bureau.

MILWAUKEE (AP) — Kyle Schwarber's grand slam off Drew Pomeranz capped a five-run sixth inning for Chicago in the opener of a crucial four-game series with Milwaukee.

The third-place Brewers dropped 7½ games behind first-place St. Louis in the NL Central and five back of the Cubs for the second wild card. Chicago remained 2½ games behind the Cardinals.

The Cubs loaded the bases with one out in the sixth on two singles and a walk against Matt Albers (5-5), and Anthony Rizzo hit a sacrifice fly off Pomeranz for a 5-4 lead.

HOUSTON (AP) — Michael Brantley hit a two-run homer in the bottom of the 13th inning to give the Houston Astros an 11-9 victory over Seattle in a game they trailed by seven runs.

Houston rookie Kyle Tucker hit his first major league homer in the sixth and tied the score 9-all in the 12th with an RBI single. Josh Reddick also went deep and Jose Altuve had a two-run triple for the AL West leaders, who were down 7-0 in the second.

Kyle Seager homered twice, including a tiebreaking shot in the 12th, and rookie Aaron Nola had two home runs and a season-high five RBIs for the Mariners.

Matt Wisler (3-4) walked Jake Marisnick leading off the 13th before Brantley launched a drive to right-center.

Josh James (5-0) gave up Seager's homer in the 12th but struck out five in two innings for the win.

Paul DeJong hit a two-run homer in a three-run first for the Cardinals, who won for the sixth time in seven games.

San Francisco has lost five of six and eight of 10, dropping 9½ games back for the NL's second wild card at 67-73.

CINCINNATI (AP) — Phillip Ervin homered against Nick Vincent (1-3) leading off the 11th, an opposite-field drive to right that barely eluded Bryce Harper's attempt at a leaping catch, and Philadelphia dropped four games behind the Cubs.

OAKLAND, Calif. (AP) — Robbie Grossman hit a two-run triple over center fielder Mike Trout as part of a seven-run eighth inning, when Oakland benefited from four consecutive walks, and the Athletics rallied from a 6-1 deficit to complete a three-game sweep. The A's opened a one-game lead over Cleveland for the second AL wild card and are a half-game behind Tampa Bay for the top wild card.

A.J. Puk (1-0) retired six batters for his first big league. Puk, one of Oakland's top pitching prospects, had not pitched since Aug. 26.

CLEVELAND (AP) — Reynaldo López (9-12) pitched a one-hitter for his first complete game in 75 career big league starts, and Cleveland lost for the fifth time in seven games. The Indians fell 6½ games behind the AL Central-leading Twins heading into a three-game series at Minnesota.

López (9-12) allowed an RBI double in the second to Kevin Plawecki.

Welington Castillo hit a two-run homer in the second off Zach Plesac (7-6), who allowed six runs in five-plus innings. Adam Engel hit a two-run single in the sixth off Hunter Wood that made it 6-1.

Rosario delivered a strike to catcher Jason Castro as Devers attempted to score from first base on a double off the Green Monster by J.D. Martinez.

Pinch-hitter Willians Astudillo drove in the go-ahead run in the seventh inning against Andrew Cashner (11-8) with just the second hit of the night for the Twins, who walked nine times.

Minnesota starter Martín Pérez (10-6) allowed one run and two hits in six innings, and Taylor Rogers got his 24th save.

ST. PETERSBURG, Fla. (AP) — All-Star Austin Meadows broke a 4-4 tie against Buddy Boshers (0-3) when he led off the seventh with his 27th homer, then added an RBI double in the eighth against Ryan Tepera.

Rookie Bo Bichette had his second multi-homer game for the Blue Jays, who have lost four straight and 13 of 16. Toronto is on a pace for 99 losses.

Bichette homered in a 13-pitch at-bat leading off the first and the score 4-4 with a two-run drive in the seventh off Oliver Drake (4-2).

Emilio Pagán retired Cavan Biggio on a game-ending flyout with runners at the corners for his 18th save.

Mark Melancon made things interesting in the ninth, giving up a two-run homer to Victor Robles and a single to Juan Soto that brought the potential tying run to the plate. Howie Kendrick hit a game-ending groundout.

The Braves jumped on Strasburg (16-5) for two runs in the first, sparked by Ronald Acuña Jr.'s leadoff single. Acuña added to the lead in the fifth with his 37th homer,

Trailing the Braves by seven games with just over three weeks left, the wild card-leading Nationals likely needed to win at least three of four in SunTrust Park to have any chance to overtake the Braves and avoid the wild-card game.

KANSAS CITY, Mo. (AP) — Jordy Mercer put the Tigers ahead with their third home run of the fourth inning, and Detroit overcame a three-run deficit in a victory for the first time this year.

Kansas City built a 3-0 lead in the second against Matthew Boyd (8-10) when Whit Merrifield hit a two-run single and scored on Adalberto Mondesi's double. Merrifield had four hits, one shy of his career high.

Harold Castro started the comeback with an RBI single in the third, and Detroit took a 4-3 lead in the fourth off Glenn Sparkman (3-11) when Brandon Dixon and Dawel Lugo homered on consecutive pitches with one out and Mercer went deep with two outs.

José Leclerc gave up a leadoff double to Mason Williams in the ninth, walked Rio Ruiz with two outs, then retired Hanser Alberto on a flyout for his 10th save.