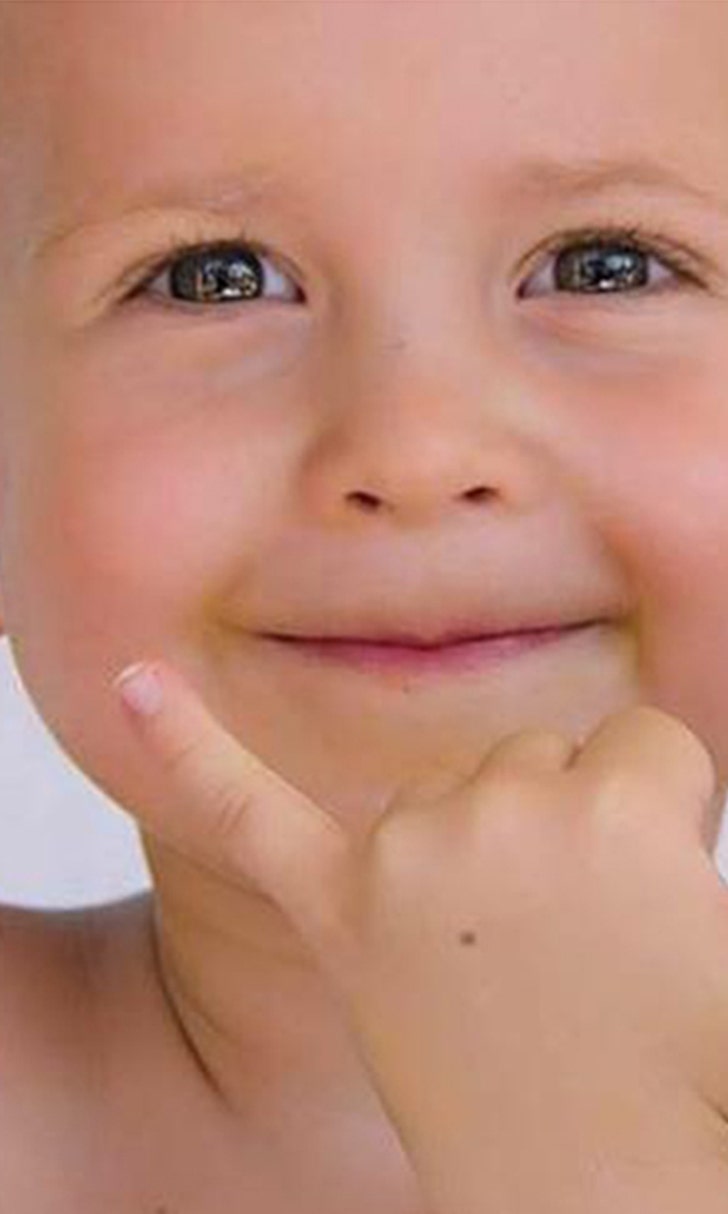 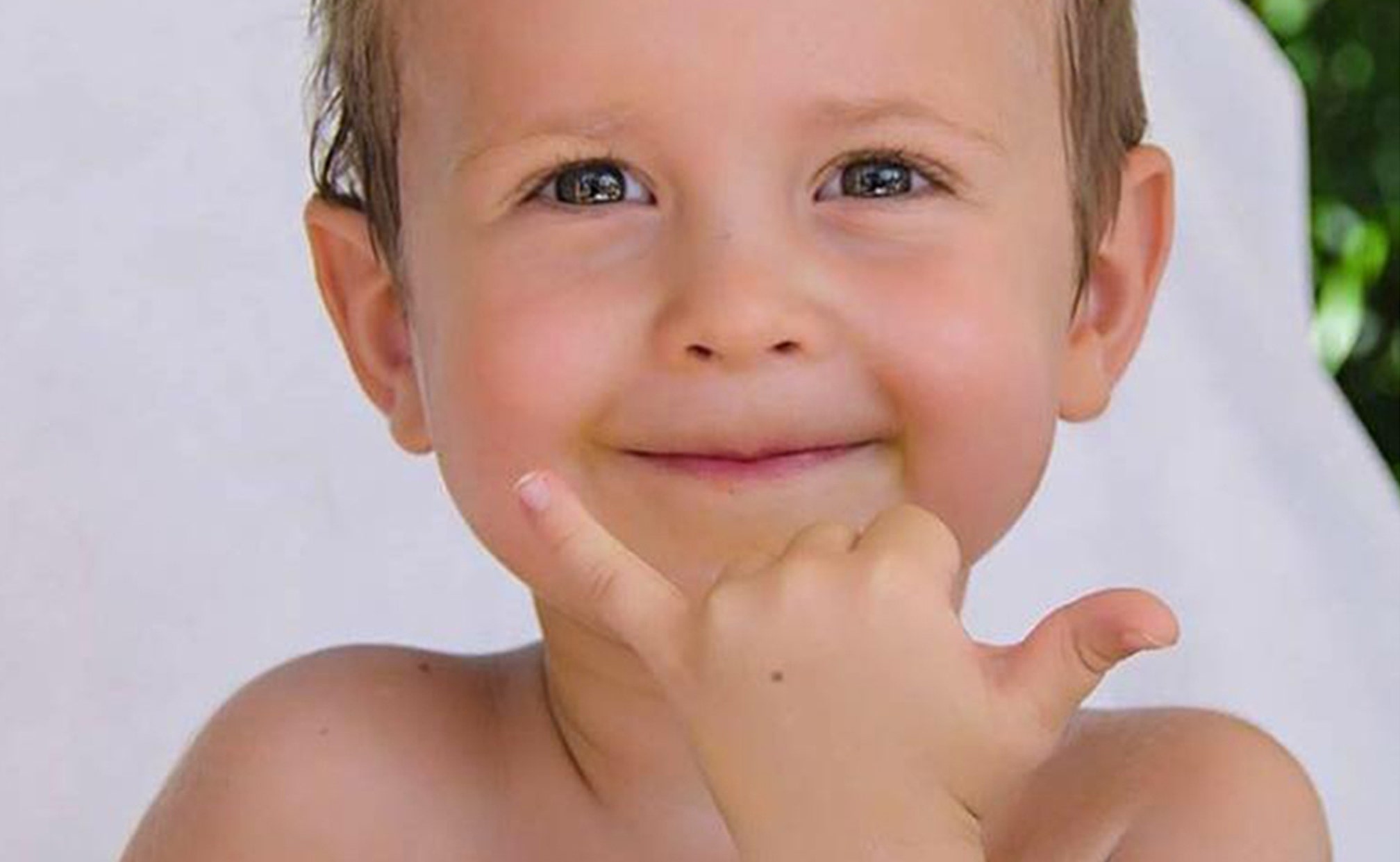 previous story
Sharks looking to get back on track vs. Coyotes (Feb 18, 2017)
next story
Minnesota United unveils kit for inaugural MLS season 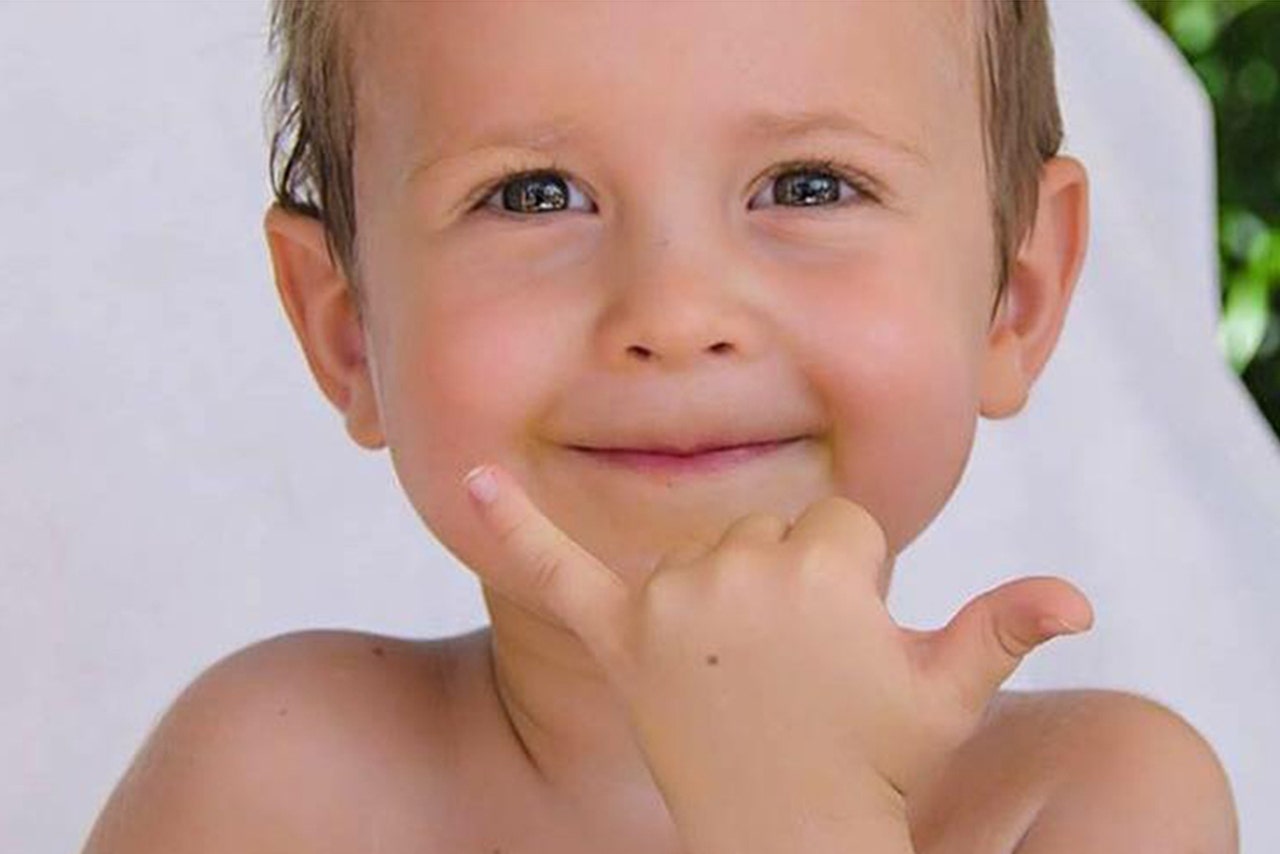 About four months earlier, the Dukes family had stopped radiation on their little Trucker, ending all of the conventional cancer treatment that his mother, Shauna, had labeled “soooo toxic.”

Trucker, 3, had been through enough while fighting Stage IV Neuroblastoma -- not just radiation, but also chemotherapy and immunotherapy and the surgical removal of tumors on his brain and abdomen.

He was home in Maui, home in hospice care. And those around him -- those who grew to love him from Hawaii to New York City -- still wanted to support his family, still wanted to fight. 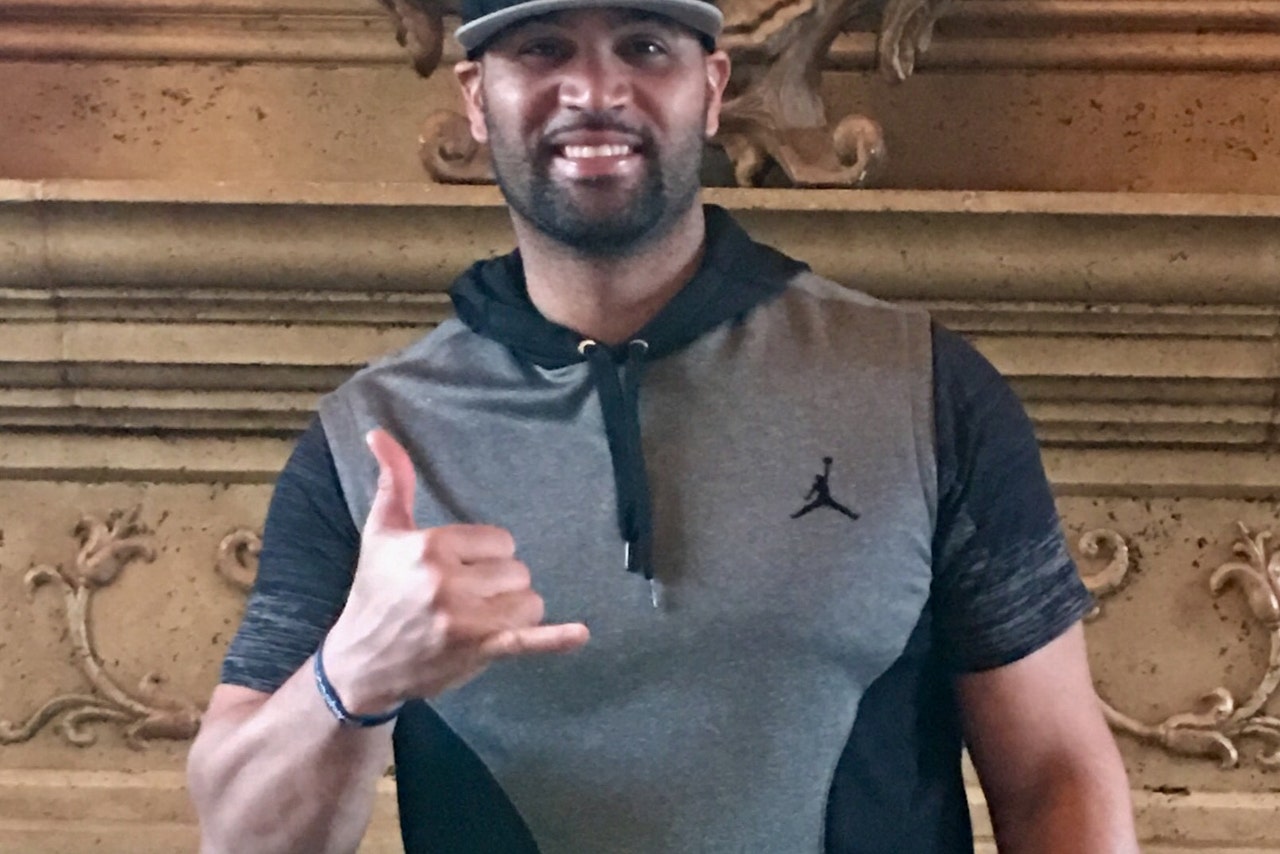 Braves catcher Kurt Suzuki, a native of Maui, and his wife, Renee, noticed the post on the “Team Trucker” Facebook created by June Harper, a family friend of the Dukes’ who is spearheading their social-media efforts.

Maui is the kind of place, Kurt said, where “everybody knows everybody” -- a small island that in 2010 had a population of 144,444, according to the U.S. Census. Kurt’s parents still live on the island. Trucker’s father, Joshua, is a firefighter, and his fire chief, Jeff Murray, once played baseball with Kurt.

Kurt and Renee, who live with their three children in Redondo Beach, Calif., initially became aware of Trucker’s story when Kurt’s mother, Kathleen, asked them to buy T-shirts in support of the Dukes. Renee began following Trucker’s story on Facebook and she and Kurt did fundraisers for the family.

The Suzukis and Dukes became friendly — Shauna and Joshua have four children, of whom Trucker is the youngest. So, when the #TruckerToughChallenge began, Kurt and Renee decided, “Wouldn’t it be cool if we had some players participate in this?”

Kurt, a 10-year veteran who has played for the Athletics, Nationals, Twins and now the Braves, began texting his many friends in the game. Renee began texting the many wives she knew. Josh Goldberg, the vice-president of public relations for Suzuki’s agency, MVP Sports Group, assisted in the effort. Lisa Duensing, the wife of Cubs pitcher Brian Duensing, a former teammate of Kurt’s, was particularly helpful, Renee said.

Starting on Feb. 9, the photos began pouring in.

Current players. Former players. Lesser names. And some of the biggest stars in the game, from Mike Trout to Bryce Harper to Nolan Arenado to Buster Posey.

Some made Trucker’s tough face. Some gave the shaka gesture. The Suzuki’s original idea was to create a collage of players to post on the “Team Trucker” Facebook page to support the Dukes and raise awareness for pediatric cancer. But they collected so many photos, they decided to make a video collage, set to music, instead.

The response from major leaguers is a heartwarming testament to the power of modern technology - smartphone cameras, text messages, social media.

If only the outpouring could save little Trucker. 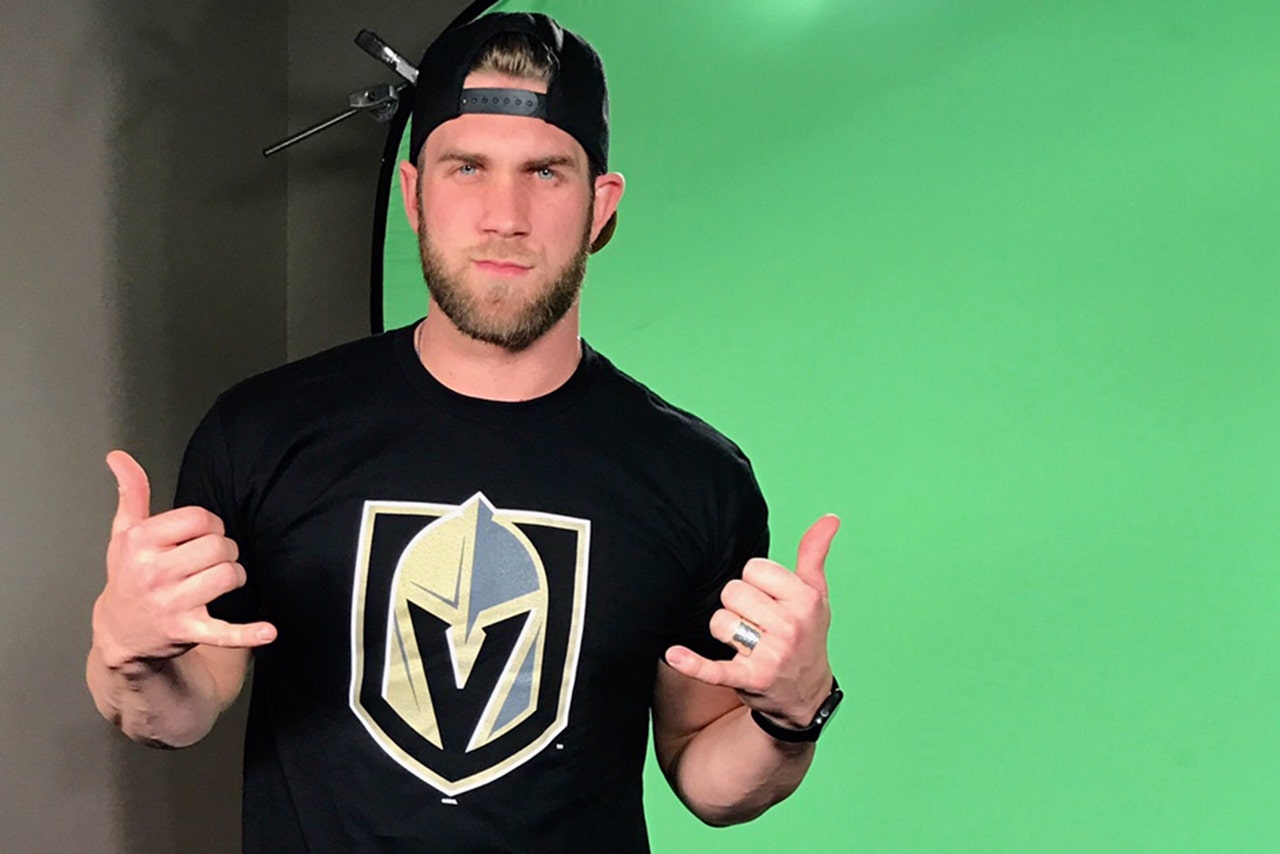 When June Harper first came up with the idea for the #TruckerToughChallenge, she asked Trucker’s father if he was OK with it.

“Sure,” Joshua said. “But I won’t be able to do this one. I’m not feeling tough right now.”

Harper, who spoke on behalf of Trucker’s parents for this story, considered it a startling admission; Joshua, she said, is a big, tough firefighter. She told him, "That is why we want to do this for you."

The family had endured so much.

Neuroblastoma is a type of cancer that starts in “certain very early forms of nerve cells found in an embryo or fetus,” according to the American Cancer Society. Only about 700 cases are diagnosed each year in the U.S.

Trucker was 19 months old when his family learned that he had the Stage IV form of the disease in Nov. 2014. Harper recalls Shauna telling her that doctors gave Trucker a 30 percent chance to live five years.

Initially, the entire family moved to Oahu temporarily so Trucker could get treated at Kapi’olani Medical Center in Honolulu, Hawaii’s only children’s hospital. Fire fighters on Maui covered Joshua’s shifts for six months so the family could be together on Oahu. From there, Shauna and Trucker journeyed to New York for Trucker to be treated at the famed Memorial Sloan Kettering Cancer Center.

During that time, Shauna and Trucker lived at a Ronald McDonald House near Sloan Kettering while Joshua stayed at home with the family’s three other children. Not every memory was painful: In May 2016, the New York City Fire Department named Trucker an honorary fire fighter, thrilling the boy.

Trucker’s physical discomfort, though, was unimaginable; Kurt Suzuki said photos of him from that period were “horrific.”

Finally, late last September, the family made the difficult decision to end conventional treatment and treat him nutritionally for a better quality of life.

“When do we call uncle?” Shauna wrote at the time on Facebook. “Part of us wants to keep him home. Get crazy with diet and supplements. Enjoy him and trust God for the timing of his life.”

“It wasn’t a sign of, ‘We’re giving up hope,’” Kurt Suzuki said. “His family is very Christian. They believe in miracles. They still have hope. But it got to a point where they were tired of seeing their son suffer.”

Last Sunday, the Dukes held a birthday party for the third of their four children, their son Jedi, 8. It was a bittersweet occasion -- the family was celebrating Jedi while caring for Trucker.

At one point, Trucker began screaming in pain.

“It was bad,” Harper said. “Your heart just . . . I’ve never heard a scream like that. Joshua came into the house and was like, ‘What’s up, buddy? What do you need?’

And so Trucker did, using a garden hose to spray siblings and friends for about 10 minutes, only to return inside when he again became uncomfortable.

During the party, a friend of Joshua’s asked him about the #TruckerToughChallenge, the one that the father wanted Harper to do without him only a week or so before.

Joshua lit up, Harper said, as he and his friends began looking at his phone, checking photos. UFC fighters previously had participated, as well as Hollywood types such as Scott Eastwood and Brodie Jenner. The friends engaged in friendly trash talk as they examined the major leaguers, with Joshua taking special pride in a photo of Mariners right-hander Casey Fien; Joshua grew up in the Seattle area.

It’s a small thing, perhaps, but Harper says that the family draws strength from every bit of support. 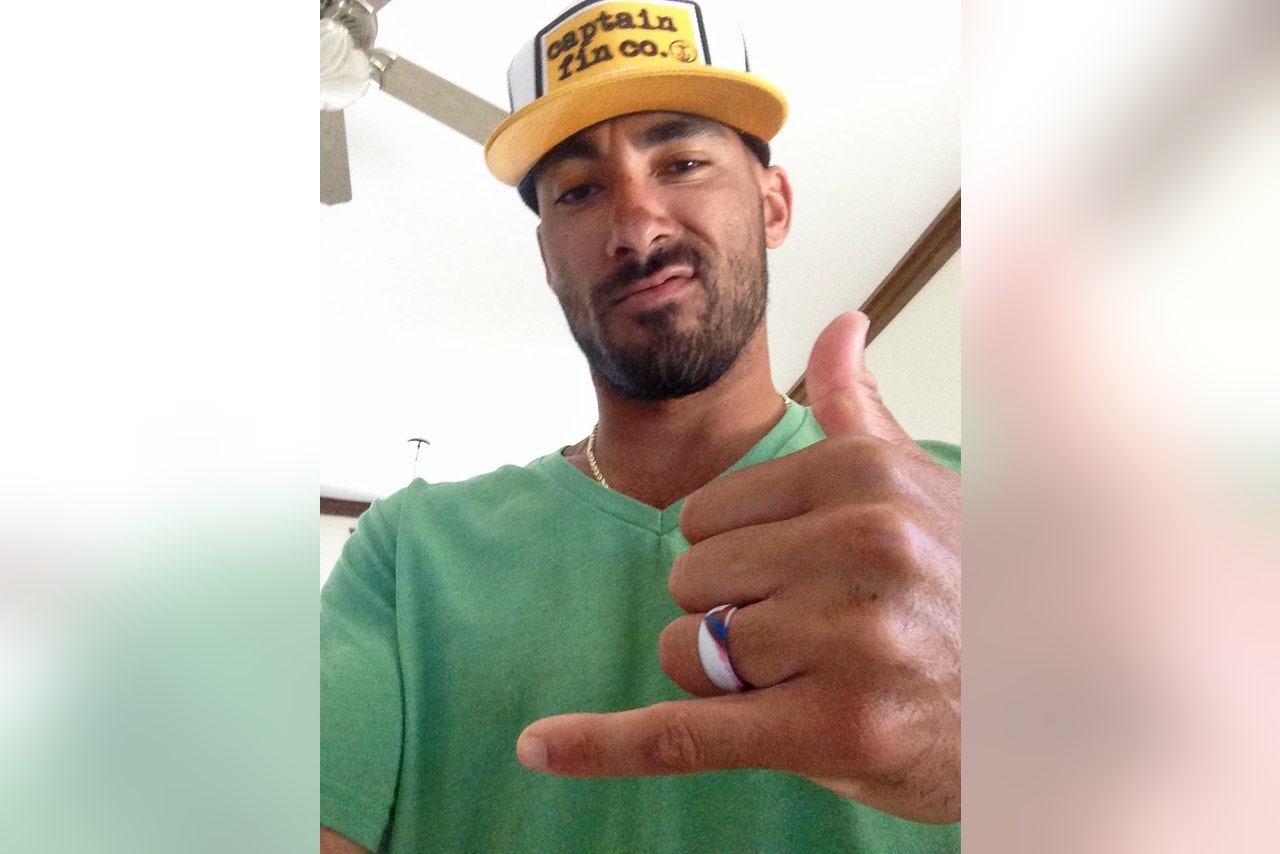 Kurt Suzuki first felt a connection with Trucker because the second of his and Renee’s three children, Kainoah, is a boy of the same age.

“It’s crazy how identical they are -- the way they talk, what they say, all this kind of stuff,” Kurt said. “I just kind of related it to my son. It hit home.”

Kurt’s foundation, The Kurt Suzuki Family Foundation, is dedicated to supporting the scientific research of chronic illnesses – particularly kidney disease - as well as encouraging healthy lifestyle choices. Proceeds from the foundation’s gala in January were donated on Trucker’s behalf to the pediatric cancer division of Kapi'olani, where Trucker initially was treated.

The Suzukis hosted the Dukes at the Four Seasons in Maui the weekend of the gala, and Kurt recalls hearing the same kind of scream from Trucker at the pool that Harper later heard at the family birthday party.

The #TruckerToughChallenge began Jan. 31, but Trucker is not well enough to enjoy all of the encouragement, Harper said.

“He has been aware of other challenges, where firefighters would send pictures of themselves in front of their trucks,” Harper said. “At this point, he’ll watch movies and cartoons. But he’s pretty much just in pain. And he’s 3 -- you’ve got to remember that, too.”

In the past 20 years, only three new drugs have been approved that were specifically developed to treat children with cancer, the website says. And two-thirds of children who are treated suffer long-term effects from treatment, including loss of hearing and sight, heart diseases, secondary cancers, learning disabilities, infertility and more.

“At this point, they are OK with what happens,” Harper said of Trucker’s parents. “But they are not OK with why these children aren’t getting all the funding that they deserve for research. They’re not OK with the way treatments are done.”

Shauna and Joshua Dukes are spreading another message as well -- a message of love.

“They just promote love and faith,” Renee Suzuki said. “They seem to be teaching others how to live while dealing with the most horrific parental pain. They’re remarkable – remarkable humans.

Their son, of course, is a remarkable human, too. 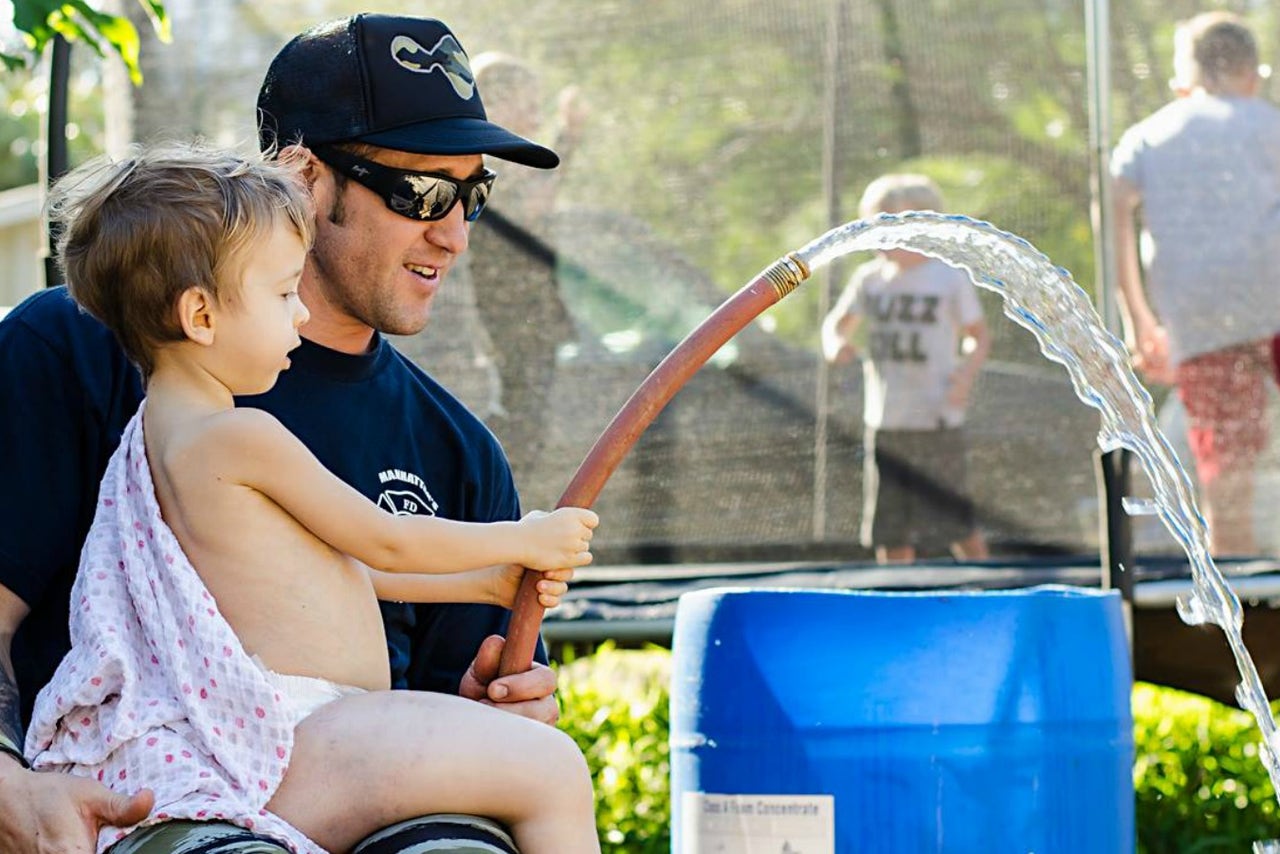