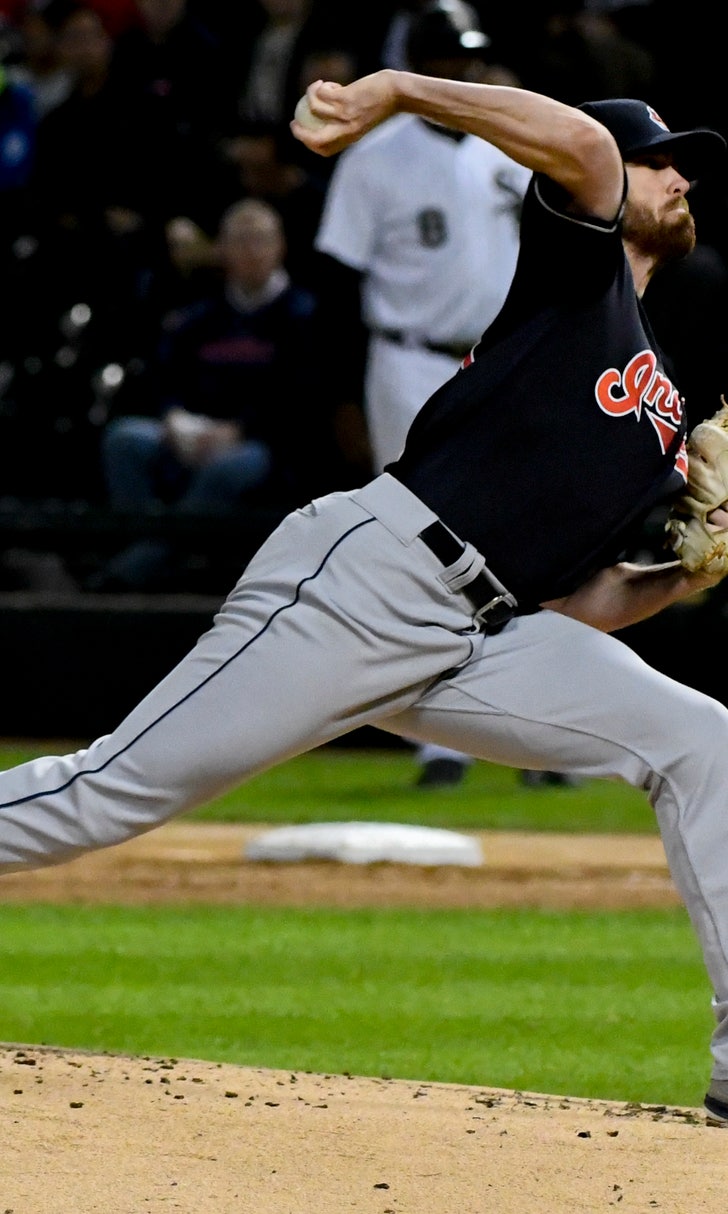 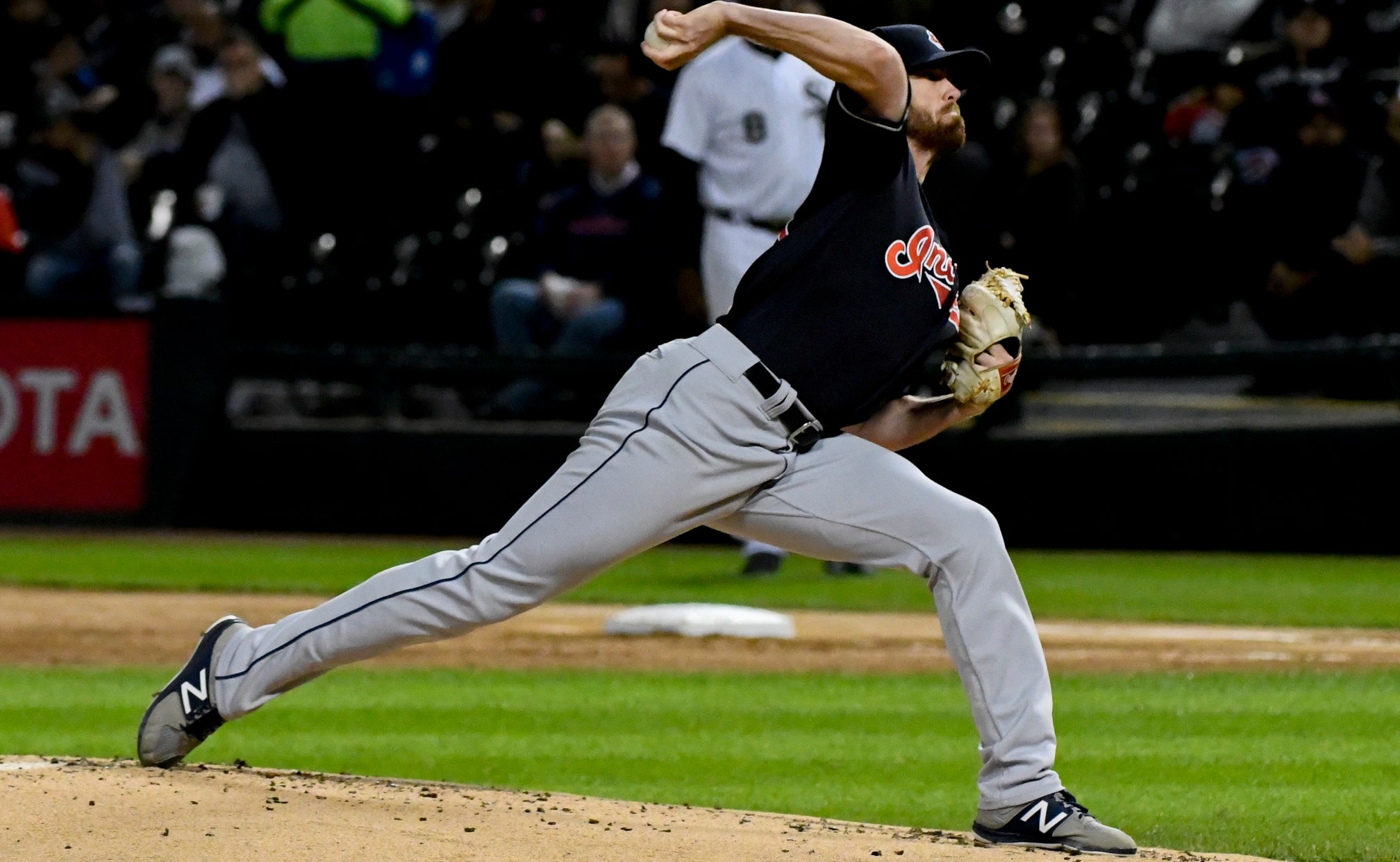 CHICAGO (AP) — Shane Bieber is going to be an asset in the postseason one way or the other.

Bieber remained perfect on the road with six scoreless innings, Francisco Lindor led off the game with a home run and the Cleveland Indians beat up the Chicago White Sox 10-2 on Wednesday night.

Edwin Encarnacion finished 3 for 4 with a three-run homer and drove in four runs for the AL Central champs.

Bieber was sharp again in his final start of the regular season. It is uncertain if the rookie will start or come out of the bullpen in the AL Divisional Series.

"For a kid that's got two-thirds of a year in the major leagues, he carries himself really well, competes, tries to get better. We feel like one way or another, he'll help us win," said Indians manager Terry Francona.

Bieber (11-5) improved to 7-0 on the road, setting a single-season record with most road wins without a loss by a Cleveland pitcher. The 23-year-old has yet to lose a road game in his 11 career starts.

He retired the first eight batters and didn't allow a hit until Yoan Moncada reached after hitting an unusual high bouncer back to Bieber with two outs in the fifth. Bieber, who got a laugh out of it, didn't even have a chance to make a throw to first.

"Whether I'm starting or relieving, the job comes down to the same thing: Go out there and get outs. That's what I plan on doing and helping the team as much as I can," Bieber said.

Kevan Smith broke up the shutout with an RBI single with one out in the ninth off Indians reliever Oliver Perez. Adam Engel also added an RBI single off Adam Cimber.

In the home finale and fan appreciation night, the White Sox finished 30-51, their worst performance at home in a full season since the last-place 1948 team won 27 games.

"One of the things you try to take advantage is home-field advantage. Hopefully as we continue to evolve and develop that will be part that comes with it, winning at home," White Sox manager Rick Renteria said.

There was a scare in the eighth inning, Erik Gonzalez, who came in as a defensive replacement for the Indians, was hit off the left side of his helmet during an at-bat. Gonzalez, who was hit by White Sox reliever Rob Scahill, was down for several minutes while being tended by team trainers and was helped off the field. Gonzalez was checked by the team doctor and will be checked again to make sure he can get on the flight; then evaluated in the morning.

On the third pitch of the game, Lindor hit his ninth leadoff homer of the season off White Sox starter Jace Fry (2-3), extending Lindor's team record. It was his 12th career leadoff home run and his 37th home run of the season.

"Love it, especially when I know it's gone. It's fun. It's good that I can get the game going; it's one of the reasons I told Tito (Francona) I wanted to hit leadoff," Lindor said.

Encarnacion tagged White Sox reliever Ryan Burr with a three-run shot in the fourth inning. It was his 32nd of the season.

Fry, used throughout the season as a reliever, made his first career start on what Renteria called a "bullpen day." Fry only lasted an inning.

Josh Donaldson had a career-best four walks for Cleveland.

Renteria had to resort to the bullpen day because of a doubleheader scheduled against Minnesota on Friday.

Lindor broke a 0-for-15 slump with his leadoff home run.

Encarnacion is hitting .341 with three home runs and 11 RBIs over his 13 games.

Indians: RHP Carlos Carrasco will start the season finale at Kansas City but Francona plans to use fellow righty Trevor Bauer as a reliever in the game. "We'll flip-flop what we did (Tuesday)," he said a day after Bauer made his second start since returning from a stress fracture in his leg. The manager added Bauer was "doing good" after Tuesday's outing. ... Brantley was back in the lineup after leaving Tuesday's game with a right calf contusion.

White Sox: 1B Jose Abreu is done for the season with an infection on his right thigh. He's been out since Sept. 16 with the infection. He will not travel with the team to Minnesota for the final road trip. He hit .265 with 22 home runs and 78 RBIs.

Indians: RHP Josh Tomlin (2-5) is scheduled to start for the Indians on Thursday night at Kansas City.

White Sox: Right-handers Reynaldo Lopez (7-9) and Lucas Giolito (10-12) will start in Friday's doubleheader against the Twins. Lopez allowed one run over seven innings in a win against the Cubs in his last start. Giolito pitched 6 2-3 innings, allowing five runs on seven hits in a loss to the Cubs on Saturday.