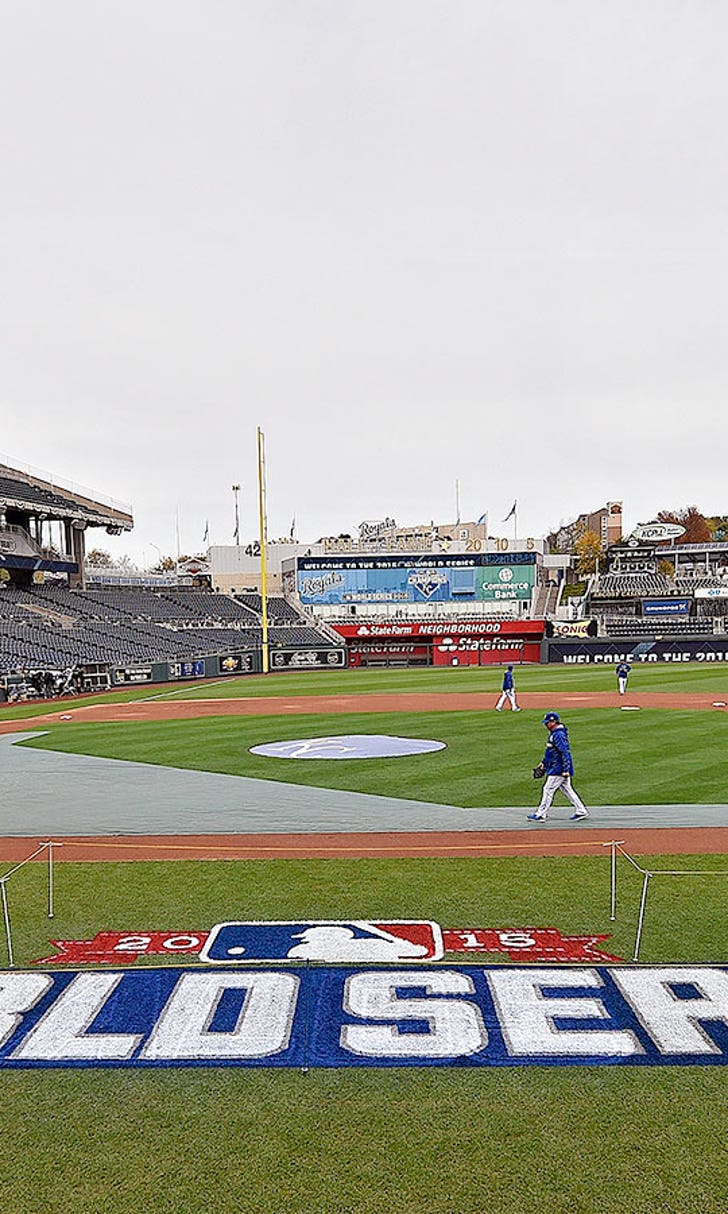 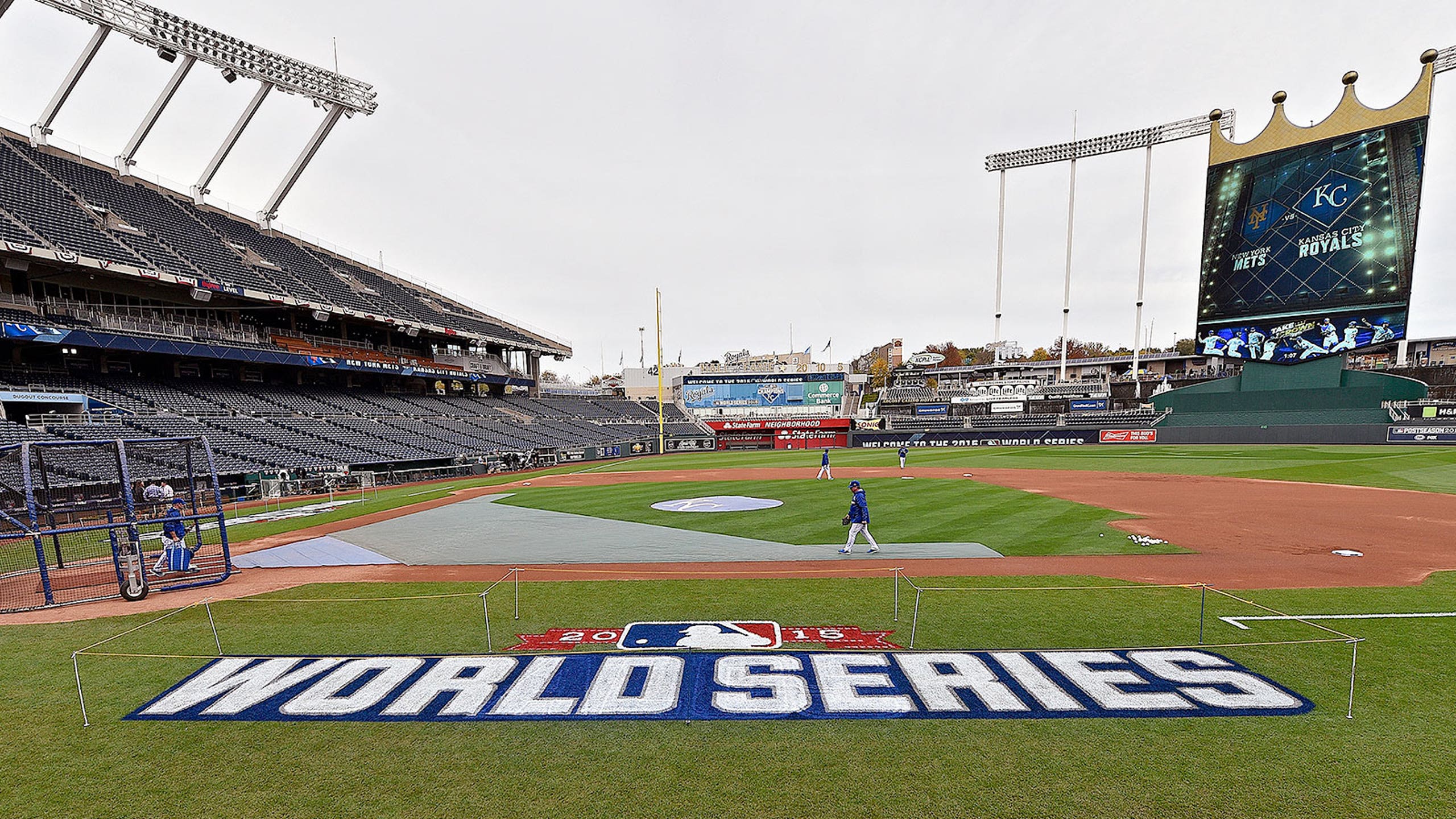 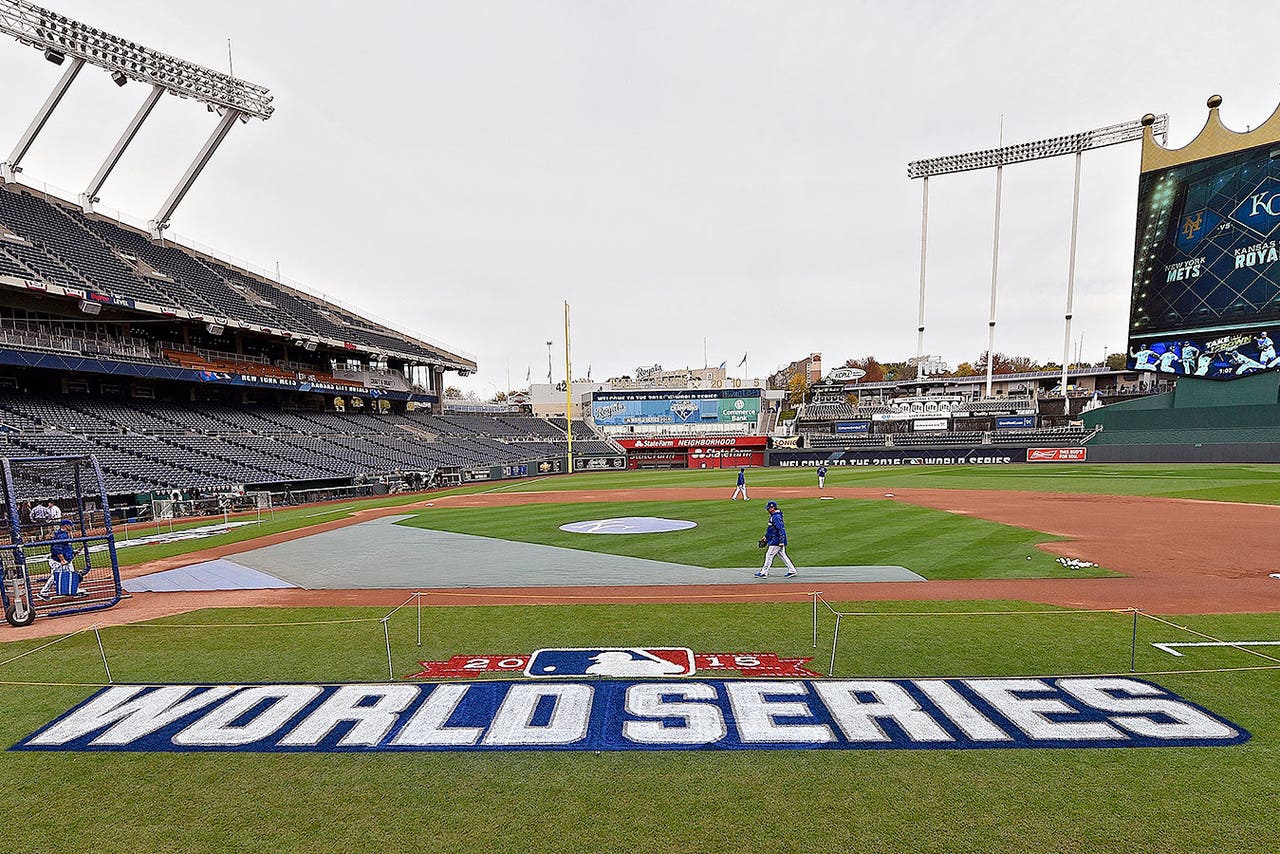 Fresh off his being named the Sporting News' AL Rookie of the Year, Houston Astros shortstop Carlos Correa was at Game 1 of the World Series. The 21-year-old is serving as a correspondent for MLB.com at the Series between the Kansas City Royals and New York Mets, which kicked off Tuesday night.

.@TeamCJCorrea is about to go on @MLBNetwork live from the #WorldSeries. @Ford #SYNC3 pic.twitter.com/pgVLTiwmyD

Showing off some stylish October fashion, Correa was on-hand at Kauffman Stadium for a busy day: he took in the sights and sounds in addition to appearing on 'MLB Tonight' for an interview about his phenomenal first year in the big leagues and to share some thoughts on the Fall Classic. Before it all began, Correa stopped by the 'Intentional Talk' set to discuss his 'internship', as he put it:

He also shared his perspective about being at the World Series, as quoted by MLB.com's Jesse Sanchez:

"For me, it's fun. This is the first time I have been to a World Series. I'm new to the big leagues, and you see this and you hope one day to be out there playing and not just watching. It's really fun to be here. It's a wonderful time of the year."

Here's the 'MLB Tonight' segment with more comments, as well:

As for the rest of his day, Correa had some K.C. BBQ, met Royals fan/actor Paul Rudd and more, and all were documented on his Twitter page:

.@TeamCJCorrea will be a correspondent for us during the #WorldSeries. He prepared for Game 1 with some KC barbecue. pic.twitter.com/Wjntmfkobe

.@Royals superfan Paul Rudd hangs out with @TeamCJCorrea prior to #WorldSeries Game 1. pic.twitter.com/BCn8Pn5X1v

The randomness of the World Series...a KC BBQ feast with @TeamCJCorrea, visiting for Games 1/2 pic.twitter.com/Vqpbc405Pd

Rather than spend too much time lamenting how his Astros were dispatched by the Royals in a hard-fought ALDS, Correa lavished the AL pennant-winners with praise when speaking with Sanchez:

"The Royals have a great team. They have guys that hit for average, they hit for power and they have a great bullpen. They can play defense, too. They are going to be a team to beat for quite a bit, so I'm looking forward to facing them next season."

It's only been one game, but Correa definitely seems to be enjoying his new role at the World Series.

Correa Walk-Off Forces Game 6
The Houston Astros are one win away from forcing the ALCS to a winner-take-all matchup, after a big win in Game 5.
October 15, 2020
those were the latest stories
Want to see more?
View All Stories
Fox Sports™ and © 2021 Fox Media LLC and Fox Sports Interactive Media, LLC. All rights reserved. Use of this website (including any and all parts and components) constitutes your acceptance of these Terms of Use and Updated Privacy Policy. Advertising Choices. Do Not Sell my Personal Info