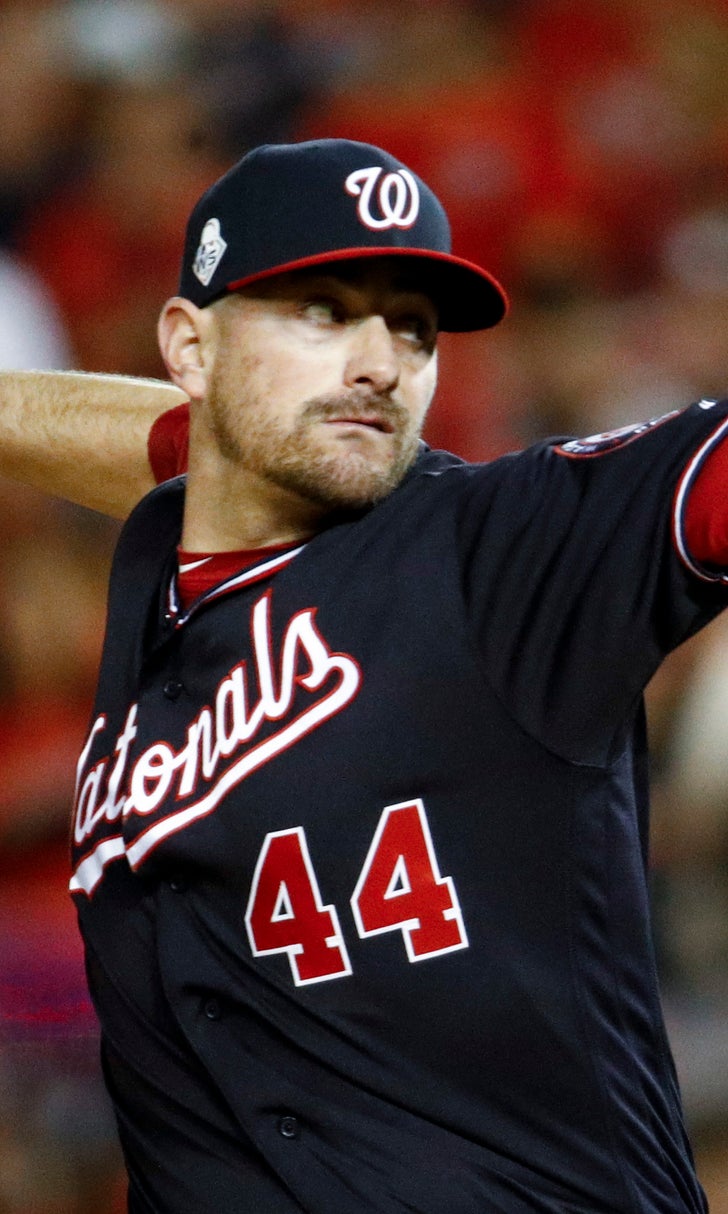 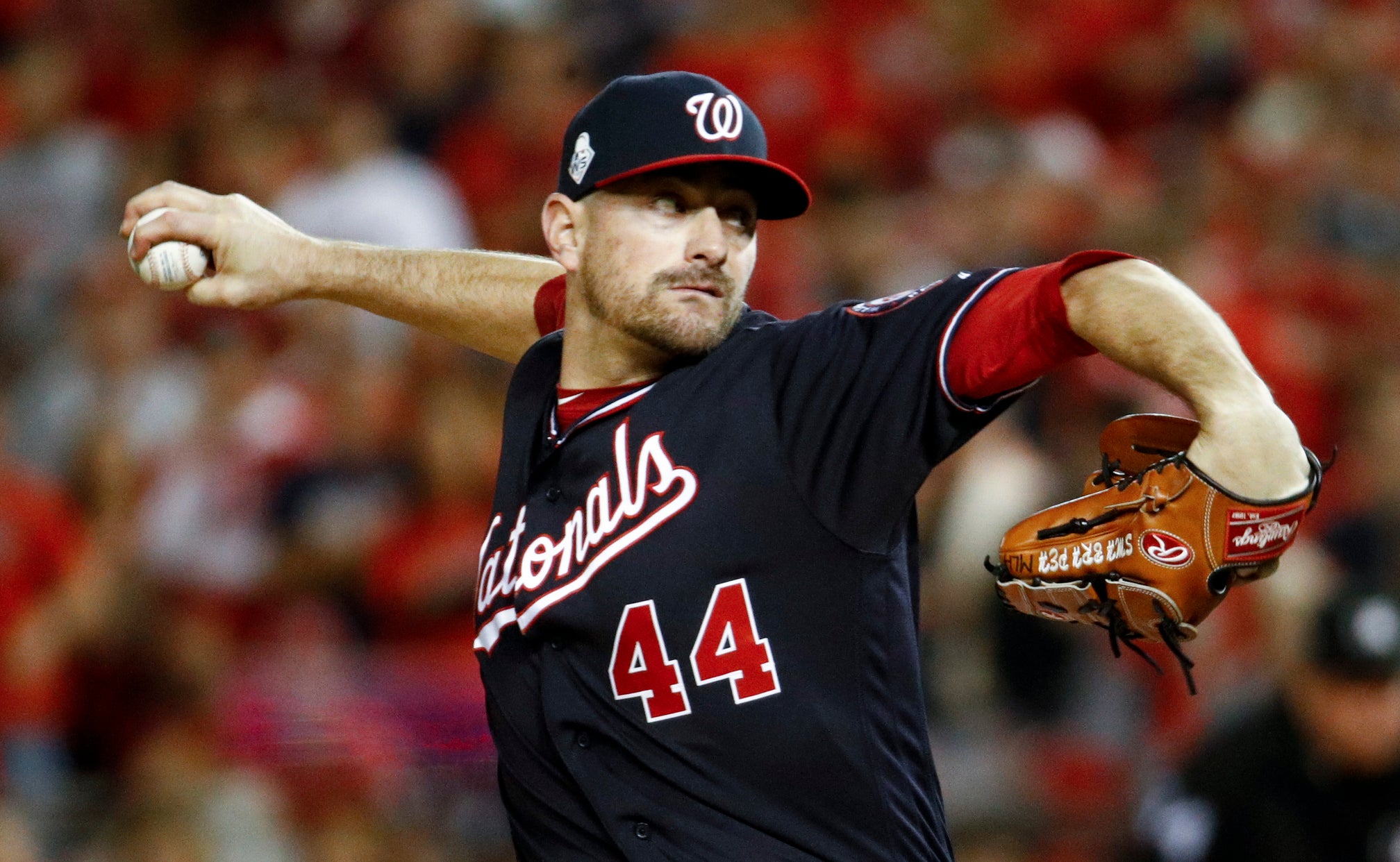 Each deal was confirmed to The Associated Press on Monday by people who spoke on condition of anonymity because neither agreement had been announced.

Thames, who gets a one-year contract guaranteeing $4 million, moves into the lefty-hitting first baseman role filled by Matt Adams last season. The 33-year-old Thames hit .247 with 25 homers, 61 RBIs and 140 strikeouts for the Milwaukee Brewers last year.

Since returning to the majors after playing in South Korea from 2014-16, Thames averaged 24 homers per season in three years with the Brewers. Signed by Milwaukee to a $16 million, three-year contract, he became a free agent after the Brewers declined a $7.5 million option, triggering a $1 million buyout.

Hudson was acquired in a trade-deadline swap with the Toronto Blue Jays on July 31 and eventually moved into the closer's role with Washington, which struggled for much of the season with the NL's worst bullpen.

The righty wound up going 3-0 with a 1.44 ERA and six regular-season saves in eight opportunities for the Nationals. He was 1-0 with four saves in the postseason, including the final three outs of Game 7 against the Houston Astros in the Fall Classic.

By bringing back Hudson and adding free-agent Will Harris, who was with the Astros in 2019, to join holdover lefty Sean Doolittle, the Nationals head toward next season with a much better-stocked relief corps than they did a year ago.

Washington's pitchers and catchers are due to report to spring training in West Palm Beach, Florida, on Feb. 12.