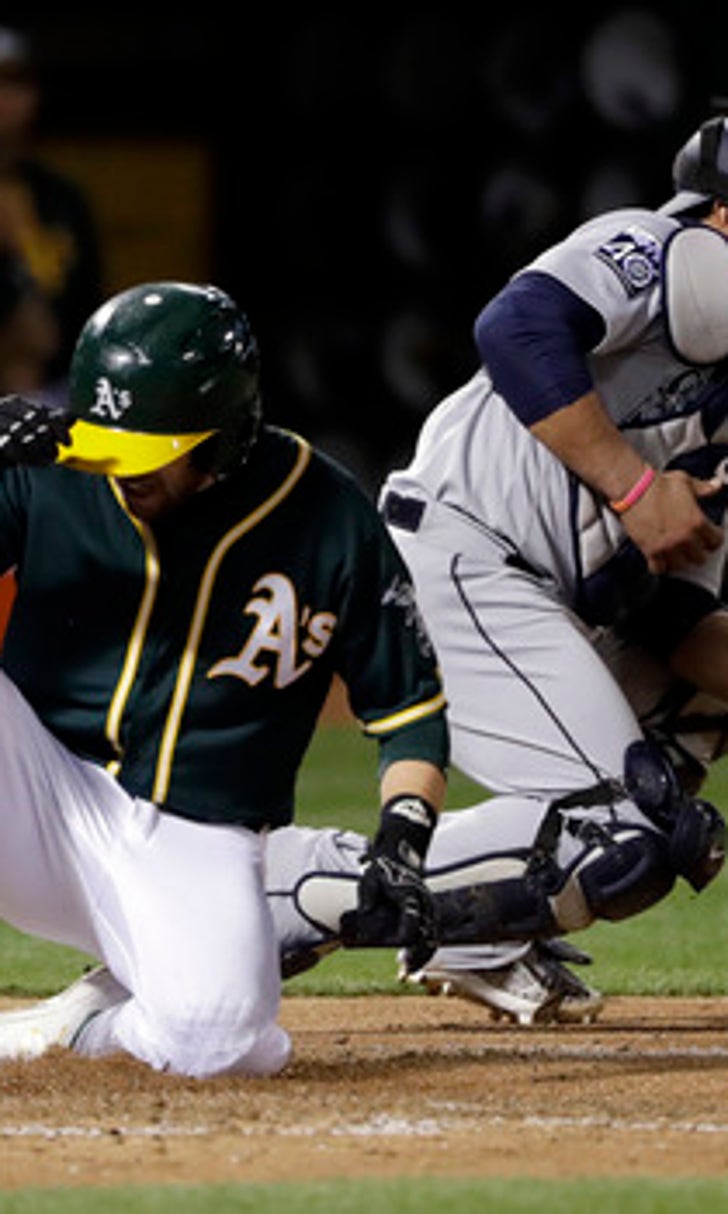 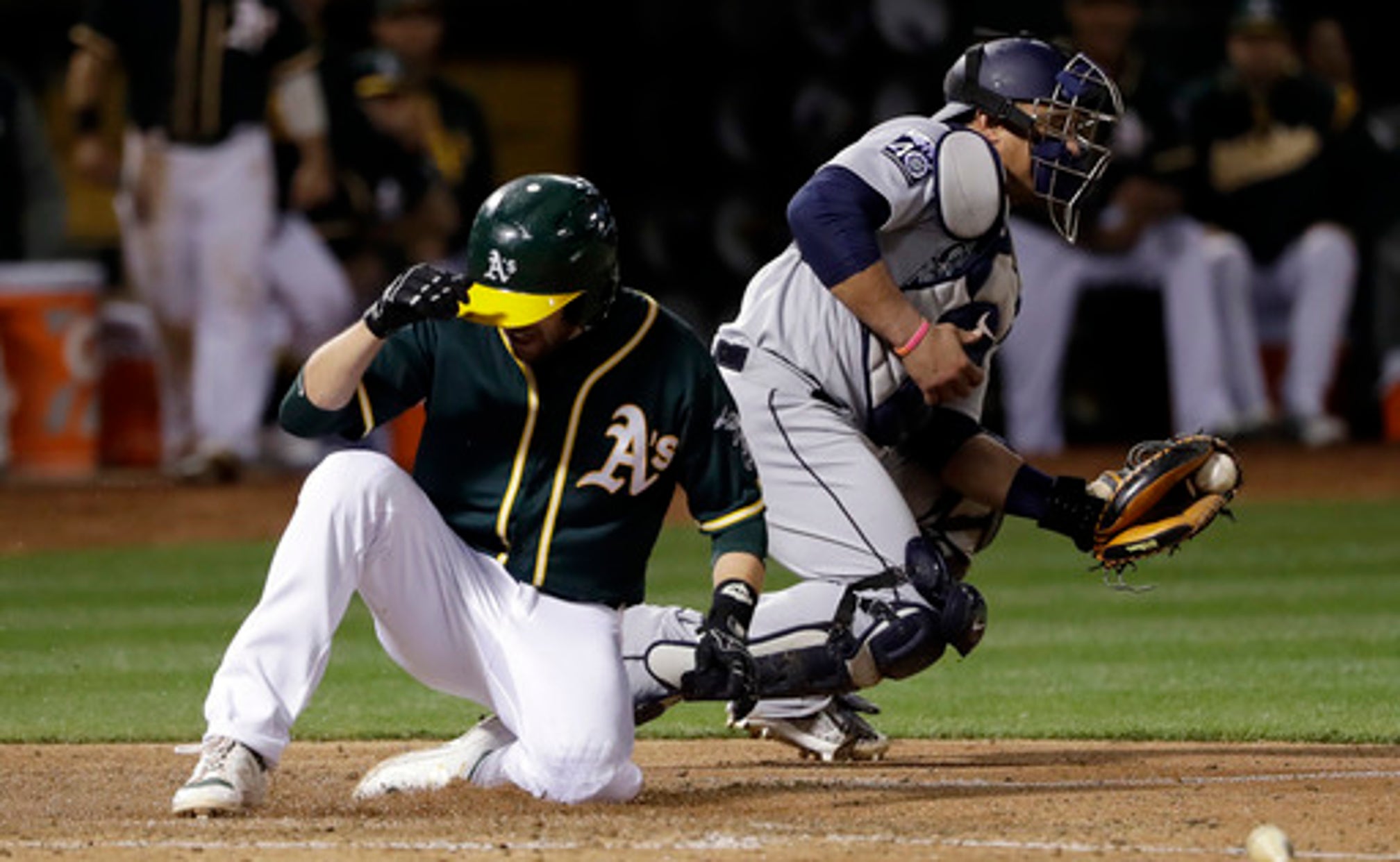 OAKLAND, Calif. (AP) Trevor Plouffe is putting last year's injury-plagued season behind him and slowly getting his swing back.

Plouffe hit his 100th career home run and Yonder Alonso also homered, leading the Oakland Athletics to a 3-1 victory over the Seattle Mariners on Friday night.

''I'm still swinging and missing too much but I've been able to put some good swings on the ball,'' said Plouffe, who missed 65 games during three stings on the disabled list a year go. ''I think it's coming. The more and more I see these guys in this division I think I'll start to feel a little more comfortable.''

Plouffe hit a game-tying home run off Seattle starter Hisashi Iwakuma with one out in the fifth, a solo shot to center. It was Plouffe's fourth in the past seven games.

''This is a true power guy,'' A's manager Bob Melvin said. ''He's not swinging particularly well to start the season yet he's still hitting homers, and big homers. He's the type of guy that can carry a team so he was a good pickup for us.''

Sean Manaea (1-1) allowed one run and five hits over six innings, striking out six and walking three to help the A's win their season-high fourth straight after losing four in a row.

Stephen Vogt drove in a run for the first time in nearly two weeks for Oakland.

Alonso hit the tiebreaking homer leading off the sixth, also off Iwakuma (0-2), and Jed Lowrie scored on Vogt's sacrifice fly later in the inning.

Seattle fell to 1-8 on the road - a bad sign for a team that plays 17 of its first 26 games this season away from home.

''We had a couple of opportunities but we didn't sting any good at-bats together,'' Mariners manager Scott Servais said. ''You've got to hit to win on the road and we haven't. That' s why we haven't won.''

Manaea battled control issues for the second straight game and had to pitch out of jams in the second and sixth to earn his first win of the season. The left-hander pitched five hitless innings in his last start against Houston on April 15.

''The walks to me are still a problem,'' Manaea said. ''I'm trying to figure something out, but thankfully they didn't score off those walks. That's good, but I'm still trying to figure out the walk situation.''

Melvin has yet to officially name a closer but it appears as if Casilla is the guy, a year after losing his job in San Francisco. ''We're trying to find some order with it,'' Melvin said. ''Casilla seems to be getting better and better. His commands better, a little better velocity, sharper breaking ball.''

Mariners: RHP Steve Cishek threw 20 pitches and allowed one hit with two walks over one innings of a rehab stint with Triple-A Tacoma. It's the latest step in Cishek's recovery from Oct. 12 hip surgery. ... Seattle recalled RHP Chase DeJohn from Tacoma and optioned RHP Dan Altavilla down to the minors.

Athletics: RHP Cesar Valdez, who took a no-decision Thursday in his first appearance in the majors since 2010, was optioned to Triple-A Nashville. INF Matt Olson was called up to replace Valdez. ... RHP Chris Bassitt (UCL surgery) is slated to throw 45 pitches in extended spring training Monday in Arizona. ... CF Rajai Davis (left hamstring) was held out.

Mariners: LHP Ariel Miranda (1-1) makes his second career start against Oakland on Saturday. Mirando was roughed up by Houston in his most recent outing.

Athletics: RHP Jharel Cotton (1-2) is also coming off a shaky performance when he allowed five runs in 5 1/3 innings to Texas.