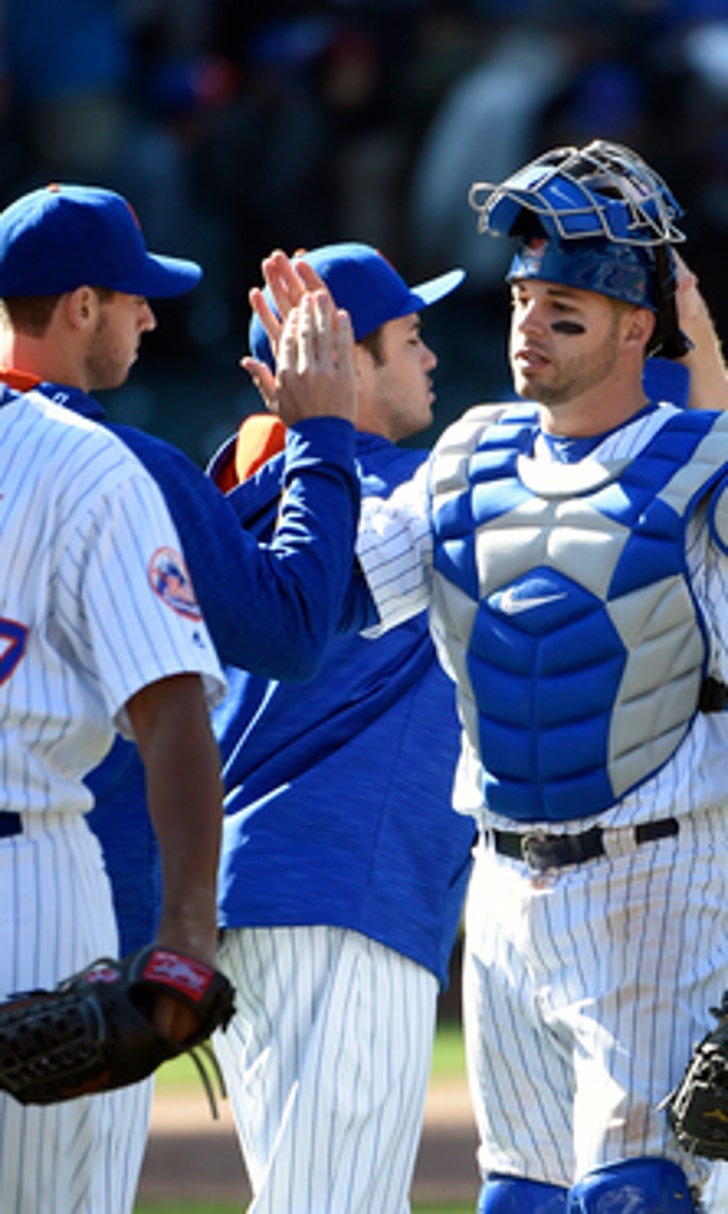 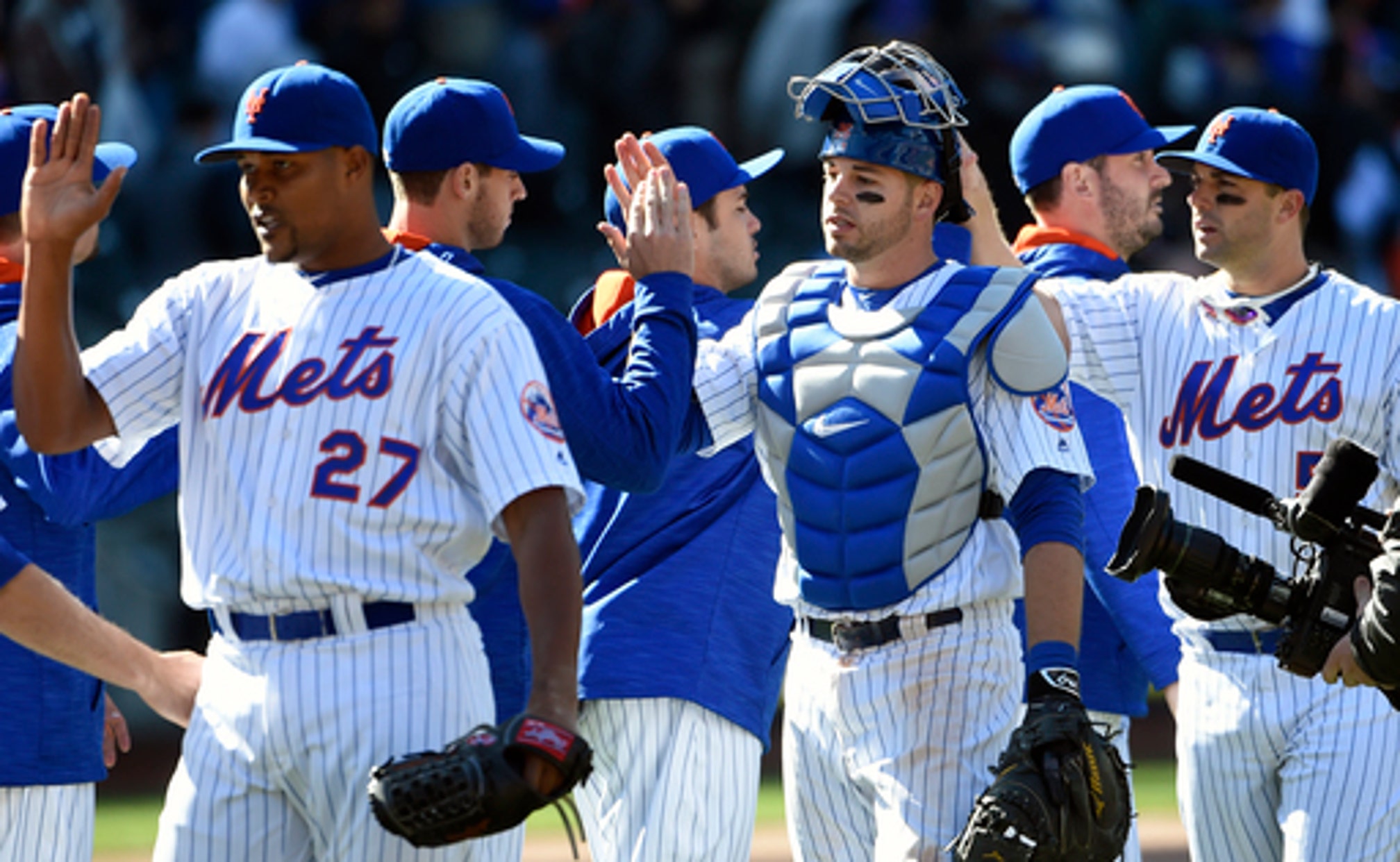 8 games in, Collins said Mets 'had to win' against Marlins 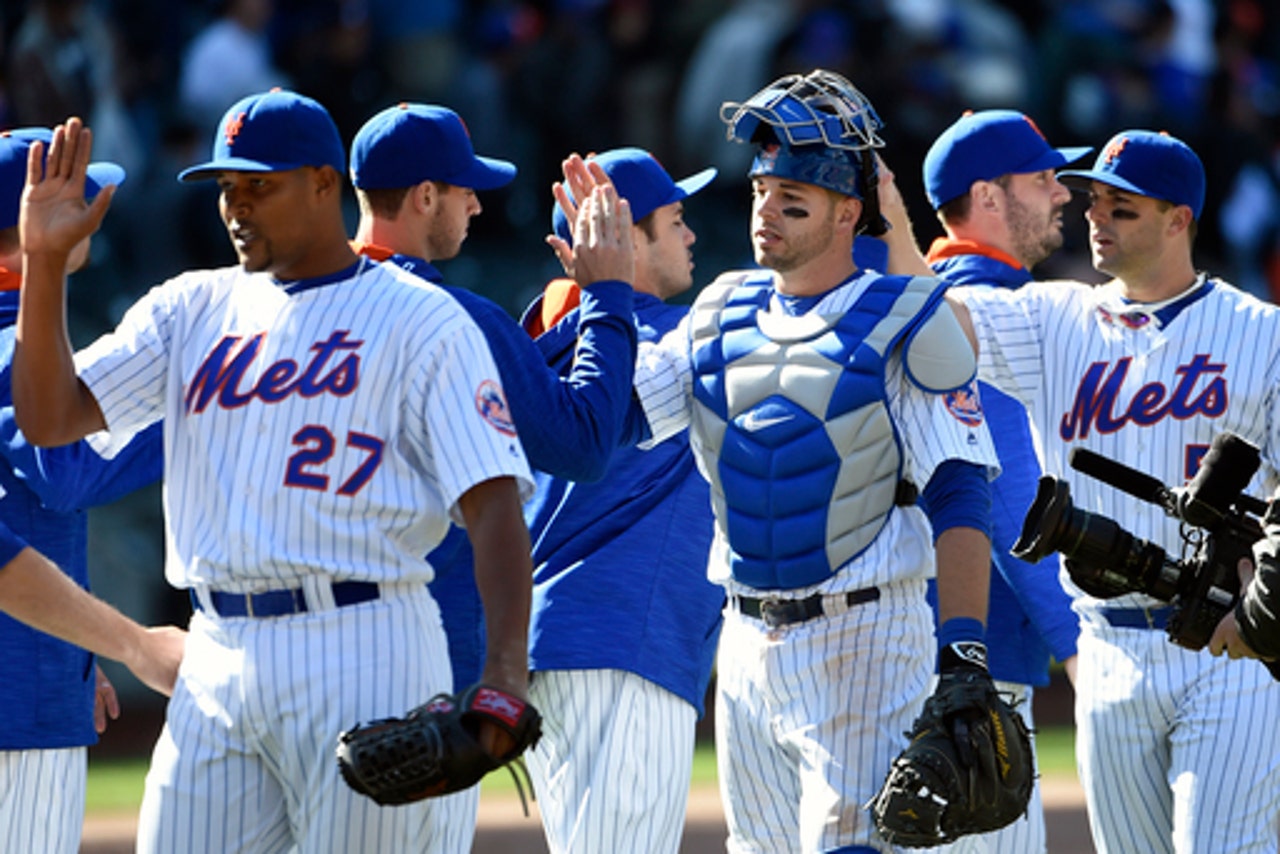 For a five-out save.

On the 11th day of the season.

After a 2-5 start, the defending NL champions were feeling pressure.

''This is a game we had to have. We couldn't sacrifice another game,'' Collins said after Wednesday's 2-1 win over the Miami Marlins, which stopped a four-game losing streak.

Kevin Plawecki grounded a tiebreaking, two-run single through a drawn-in infield in the seventh inning, and after throwing 36 pitches the previous two nights, Familia tossed 23 more.

''I'm not worried about the confidence. I'm worried about the perception is that there's no energy here, which is completely not true, that we're not prepared, we're overconfident or we're not taking thing seriously,'' Collins said. ''I heard that last night and it made me sick to my stomach, that people actually think that this team, that accomplished what they did last year, would have any semblance of that type of makeup.''

After reaching the World Series for the first time since 2000, Mets players found some offbeat activities during spring training. Yoenis Cespedes arrived in a half-dozen customized, luxury vehicles, and he spent $7,000 at the St. Lucie County Fair on a 270-pound grand-champion hog. Cespedes and Noah Syndergaard rode horseback across the complex one day.

Collins worried about how fans would view the team through the prism of New York's tabloid and talk-radio sports culture.

''I'm not deaf, and I'm not blind. I listen. I see how people are reacting. I hear what's going on,'' Collins said. ''I read the stuff, and I read between the lines of what's being said.''

Mets captain David Wright, who is being careful with his bad back, volunteered to play third base in the day game following a night game.

''This isn't the start that we thought about and planned to have,'' he said.

New York began the day with the worst batting average in the major leagues at .187 and was 29th in runs with 18. Collins didn't start Lucas Duda against left-hander Adam Conley, and Wilmer Flores made his first big league start at first base.

Logan Verrett started in place of injured Jacob deGrom and was superb, allowing three hits in six shutout innings. Hansel Robles and Jerry Blevins (1-0) then combined to escape a bases-loaded, no-outs jam in the seventh created by Jim Henderson.

Robles threw a called third strike past Miguel Rojas and got pinch hitter Derek Dietrich to swing at a third strike. The left-handed Blevins fell behind NL batting champion Dee Gordon 3-0 before retiring him on a fly to short left.

Conley struck out a career-high nine in six scoreless innings, but Dustin McGowan (0-1) faltered. Flores singled, took second on a wild pitch and third on Asdrubal Cabrera's single. McGowan retired Juan Lagares on a comebacker, but Plawecki hit a two-hopper just past the outstretched glove of Rojas at shortstop for his first hit this season.

''If you start saying games are must wins, I think there's some pressure that really is not needed,'' Plaweicki said, ''but definitely there was a sense of urgency to get a win today.''

Bothered by flu-like symptoms, Familia entered with one on in the eighth, got Giancarlo Stanton to fly out, then gave up a hit to Martin Prado and an RBI single to Justin Bour. He retired J.T. Realmuto on a comebacker and pitched a perfect ninth for his second save, striking out Gordon on a 95 mph sinker for the final out.

''My body is a little tired maybe because I'm sick, but my arm is good,'' he said.

New York went 2-4 on its first homestand, then headed to Cleveland for a day off before a weekend series.

Then he spoke again about image.

''We're talking about something now that's going to be written up tomorrow like we're on the cutting edge here, we're walking that razor blade,'' he said. ''We're not. We just wanted to win today.''

Cespedes hit a fan and a seat with his right knee while leaping over the low wall near the tarp past third base trying for Ichiro Suzuki's foul that dropped in the eighth. Cespedes was hit on the left elbow by a pitch from Bryan Morris in the bottom half.

Henderson's fastball velocity dropped to 89-91 mph from 94-96 mph on Tuesday, when he threw 34 pitches, his big league high.

''I couldn't get on top of the ball,'' he said. ''Right now I'm not too overly concerned. If I come out the next outing and it's the same thing, then maybe I'll have to look at some tape and some mechanical things.''

Mets: deGrom (sore muscle in right side) could be headed to the DL if he is unable to throw a bullpen session when he rejoins the team Friday in Cleveland.

Special Delivery
Clayton Kershaw's postseason reputation may precede him, but the Dodgers star is setting the stage to flip the script.
3 hours ago

World Series Top Plays: Game 1
From Clayton Kershaw dealing to the Dodgers' offensive onslaught, check out the best moments from Game 1.
21 hours ago