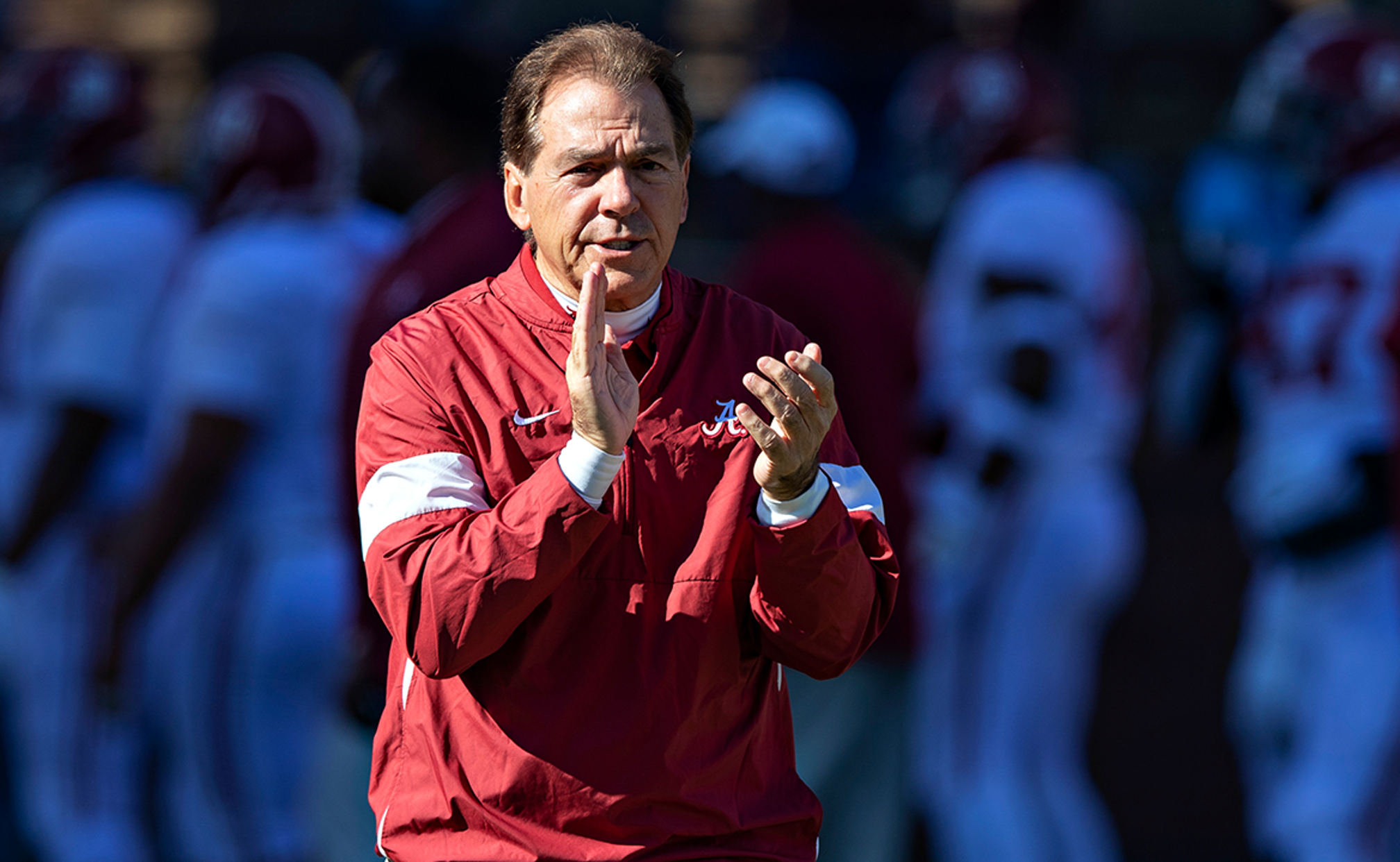 On this week's edition of Big Noon Kickoff, Urban Meyer and the crew discuss the top 5 teams in the SEC heading into the 2020 fall football season.

Let's begin by taking a look at the program that's ruled the conference over the last 10 years.

Since the current four-team playoff format was introduced in 2014, this past season represented the first time Alabama was not invited to the College Football Playoff.

The Crimson Tide returns QB Mac Jones – who averaged over 10 yards per completion and went 3-1 as a starter last season – with 5-star recruit Bryce Young right on his heels. 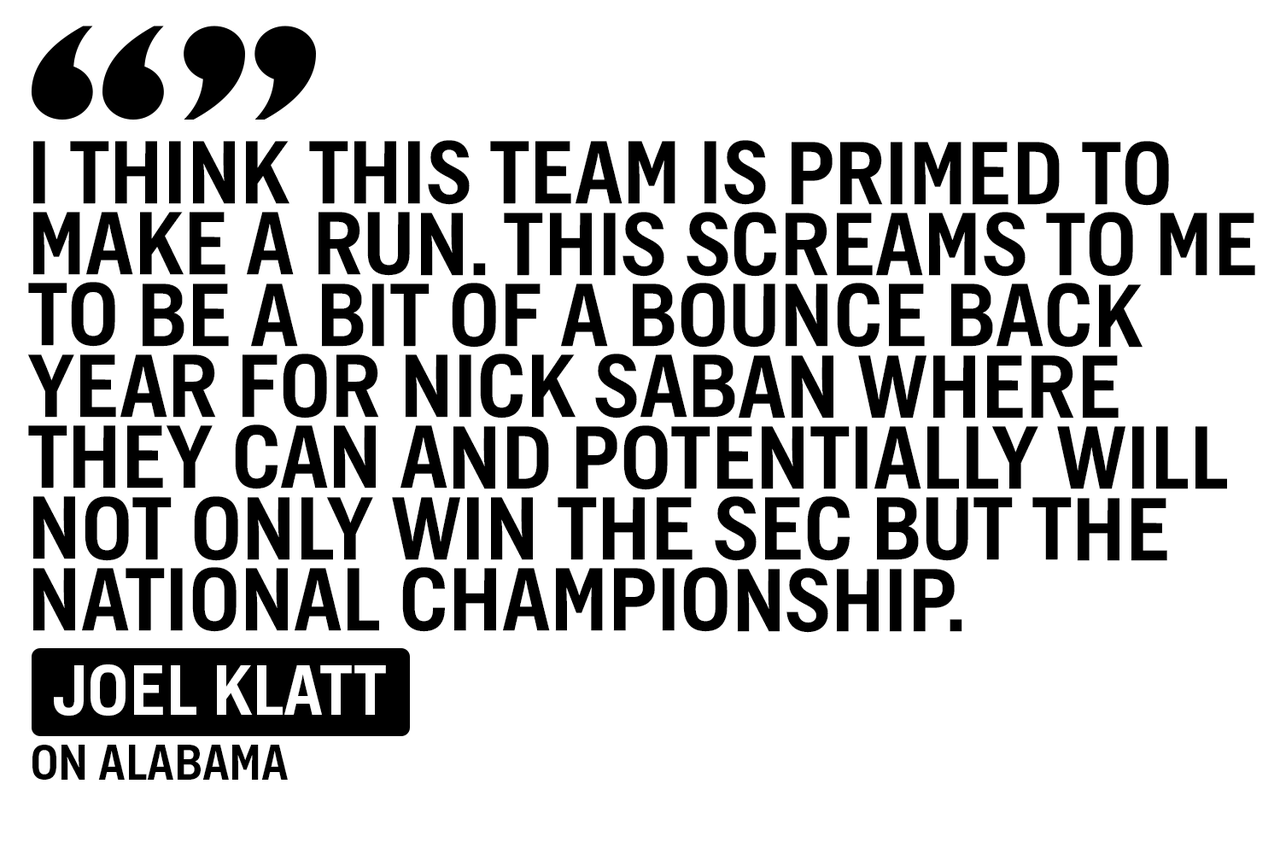 And former USC superstar Reggie Bush reminded us of another key playmaker on offense in running back Najee Harris.

Harris made history in 2019. His 20 TDs (13 rushing, 7 receiving) were tied for the 4th most in a single season by an Alabama player, and his 7 receiving TDs were the most by a Tide running in program history.

Last year, he had 1,224 rushing yards and 13 rushing touchdowns on 209 carries, career-best marks for the then-junior Harris. 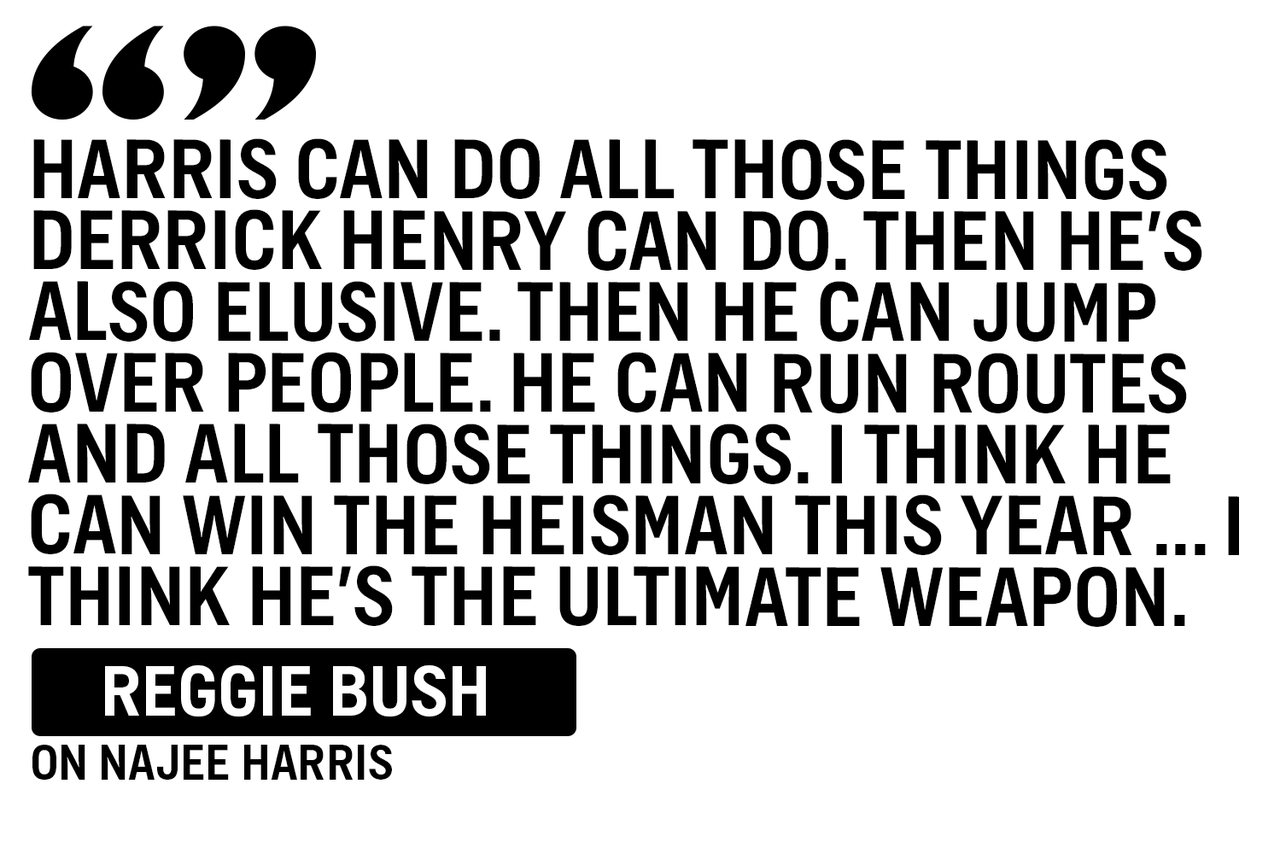 LSU went on a 15-0 run last year, winning the SEC and the National Championship In the process.

However, they lost 14 players to the NFL Draft, including the No. 1 pick and reigning Heisman Trophy winner Joe Burrow.

Despite all the changes, Bush still likes LSU's shot at the national title. 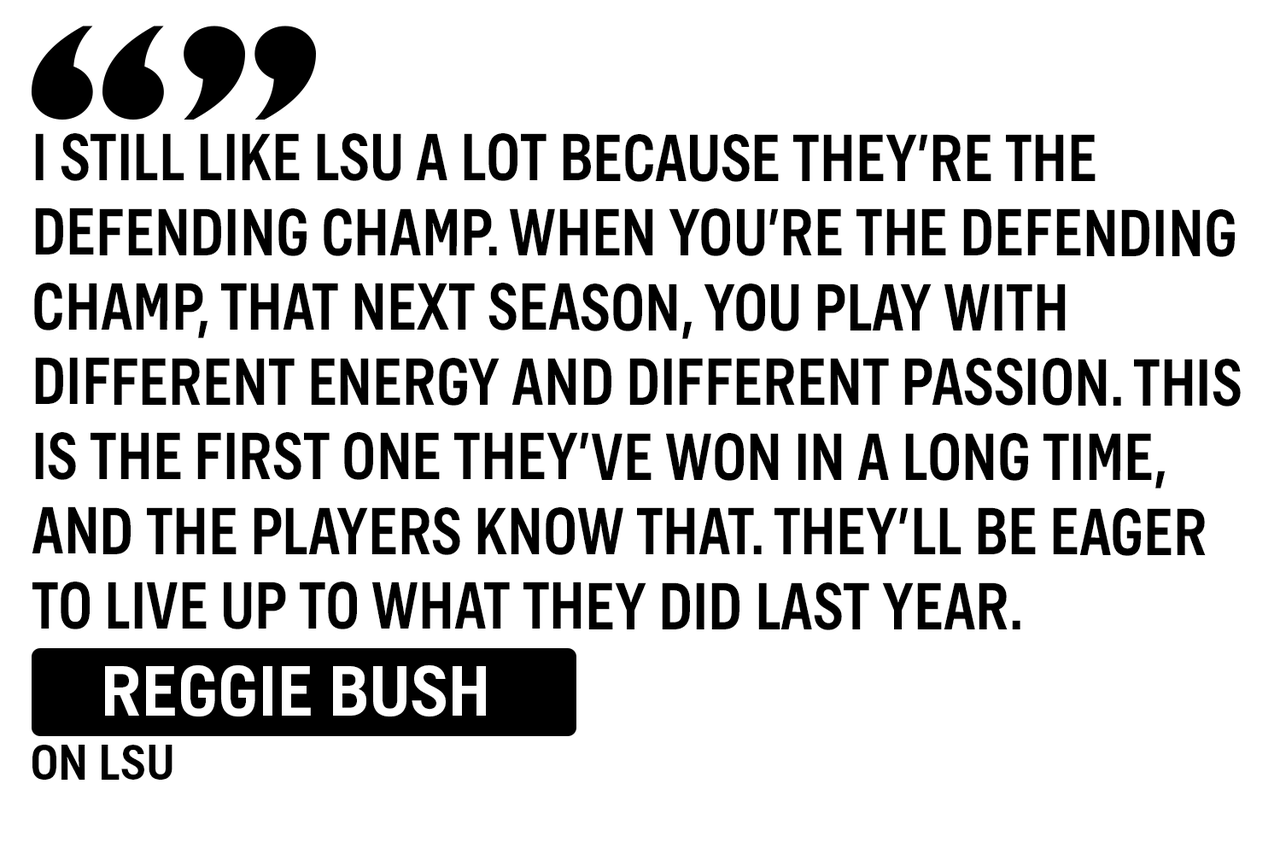 True freshman QB Bo Nix led Auburn to a 9-4 record last season, but all four losses — at Florida, at LSU, against Georgia at home, and against Minnesota in the Outback Bowl — were to ranked teams that went a combined 49-6.

Nix set an Auburn true freshman record with 2,542 passing yards. He posted 16 TDs and threw 6 INTs, and scored 7 times on the ground.

Meyer expects a big jump for Nix in year two. 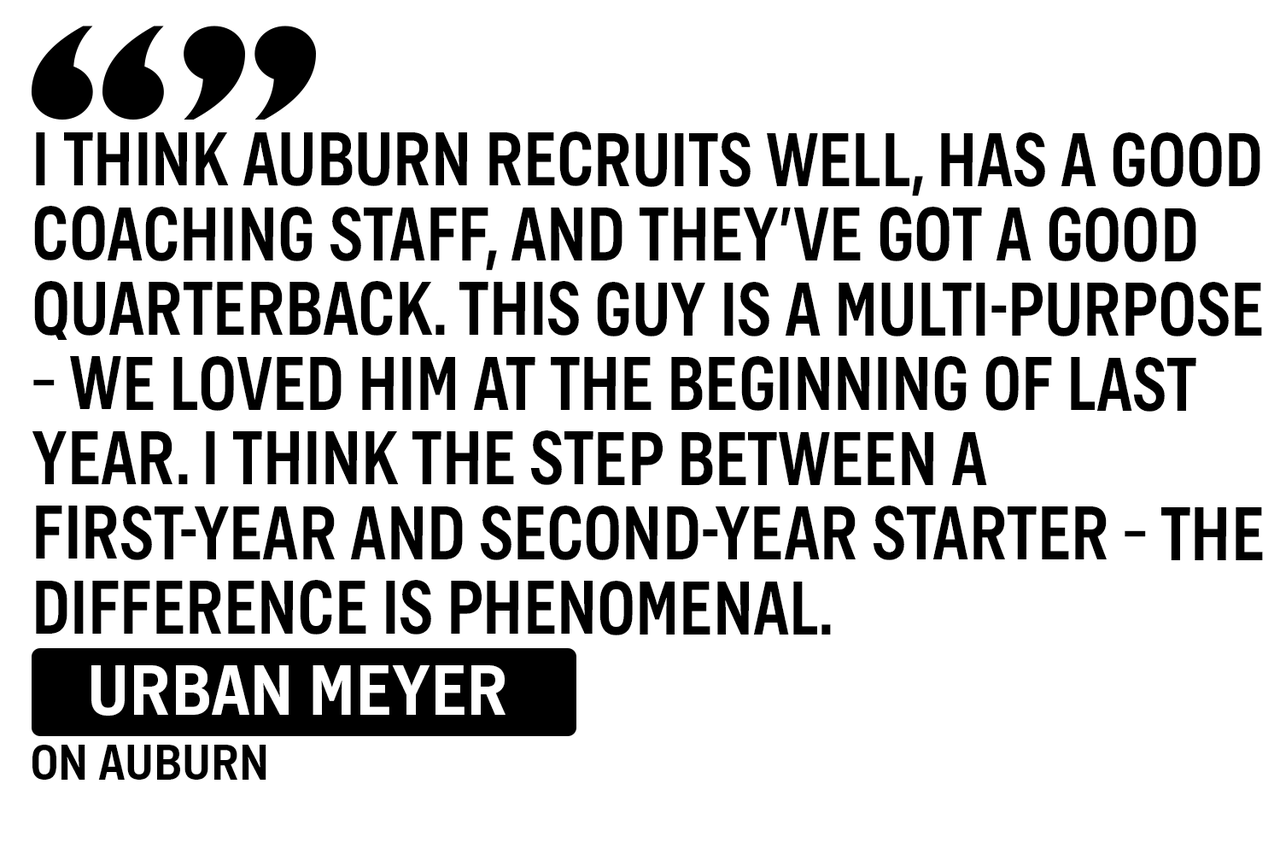 QB Kyle Trask returns after starting the final 10 games of last season, leading Florida to an 11-2 record and winning the Capital One Orange Bowl over Virginia, the second straight New Year's Six Bowl victory for the Gators under coach Dan Mullen.

Meyer believes the consistency at quarterback and the culture under Dan Mullen will make them SEC champs this season. 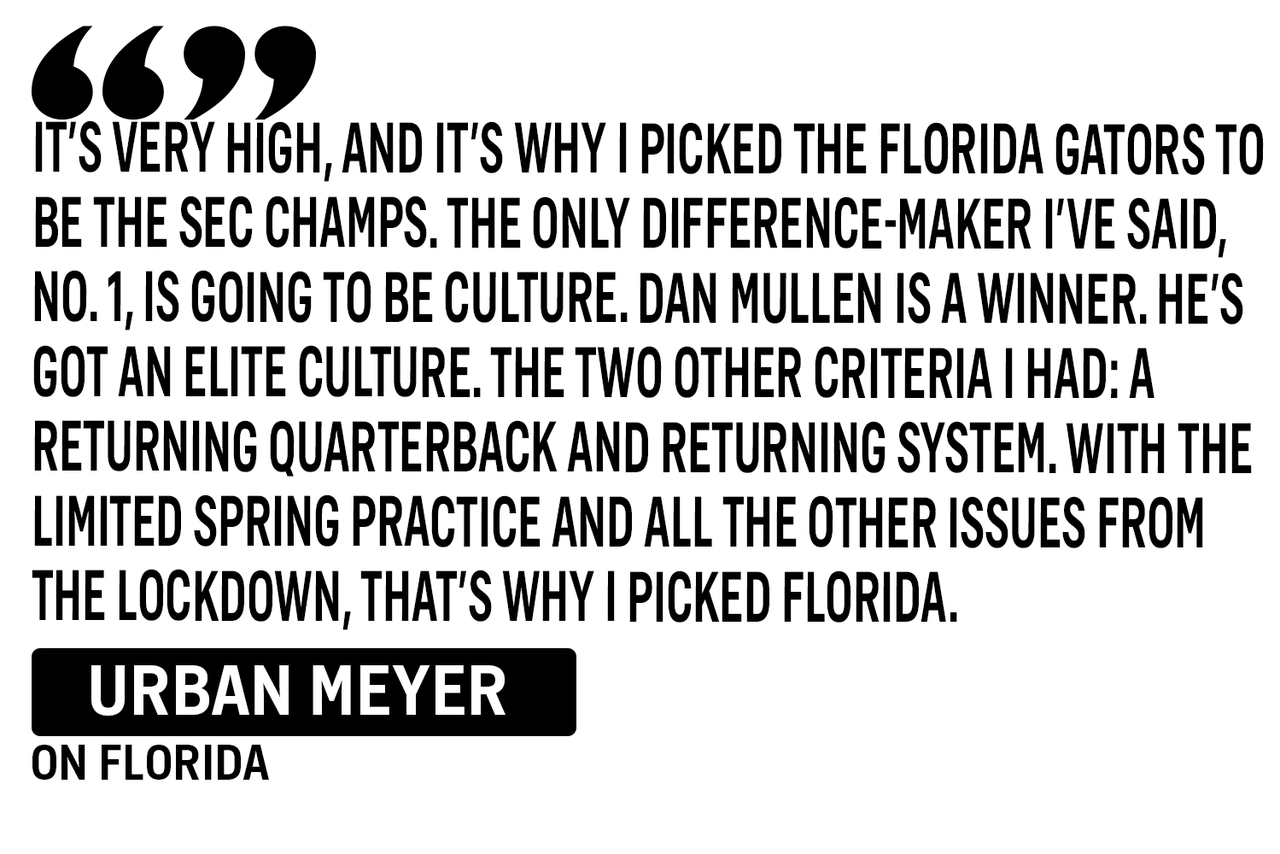 The Vols enter the 2020 season on a 6-game winning streak, finishing 8-5 and securing a bowl victory over Indiana after a 2-5 start.

QB Jarrett Guarantano finished 2019 with 2,158 passing yards, 16 TDs and 8 INts. He posted a career-best 415 passing yards against Auburn to clinch a bowl berth for Tennessee.

"This is a team loaded on both sides of the ball that returns a lot of starters and experience. This is going to be the season where a 7-3 or 8-2 out of the east will go to the conference title game. I think Tennessee has a real shot if they can upset some teams and make a run for the SEC East."

And for more Top 5s from our crew, check out the top 5 teams in the Big Ten, the state of college football, breakout player, breakout team, the most impactful transfer, best coaches, best QBs, best RBs, best WRs, best defensive players, and best conferences heading into the 2020 college football season.