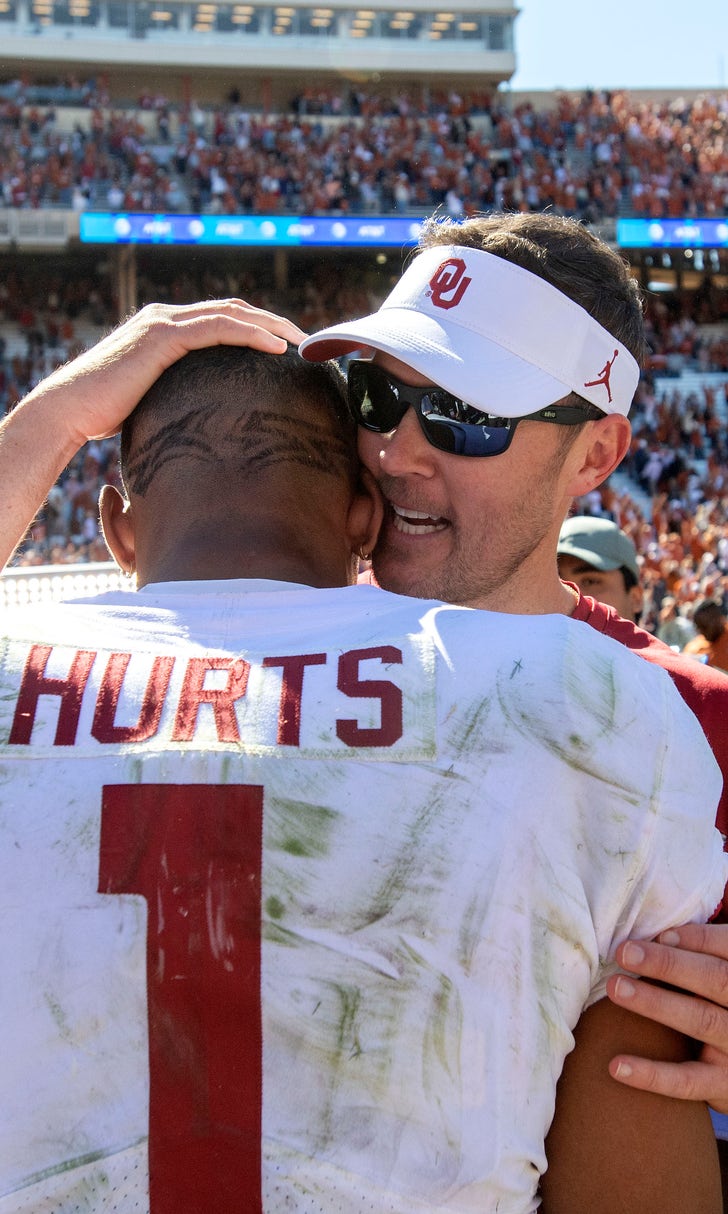 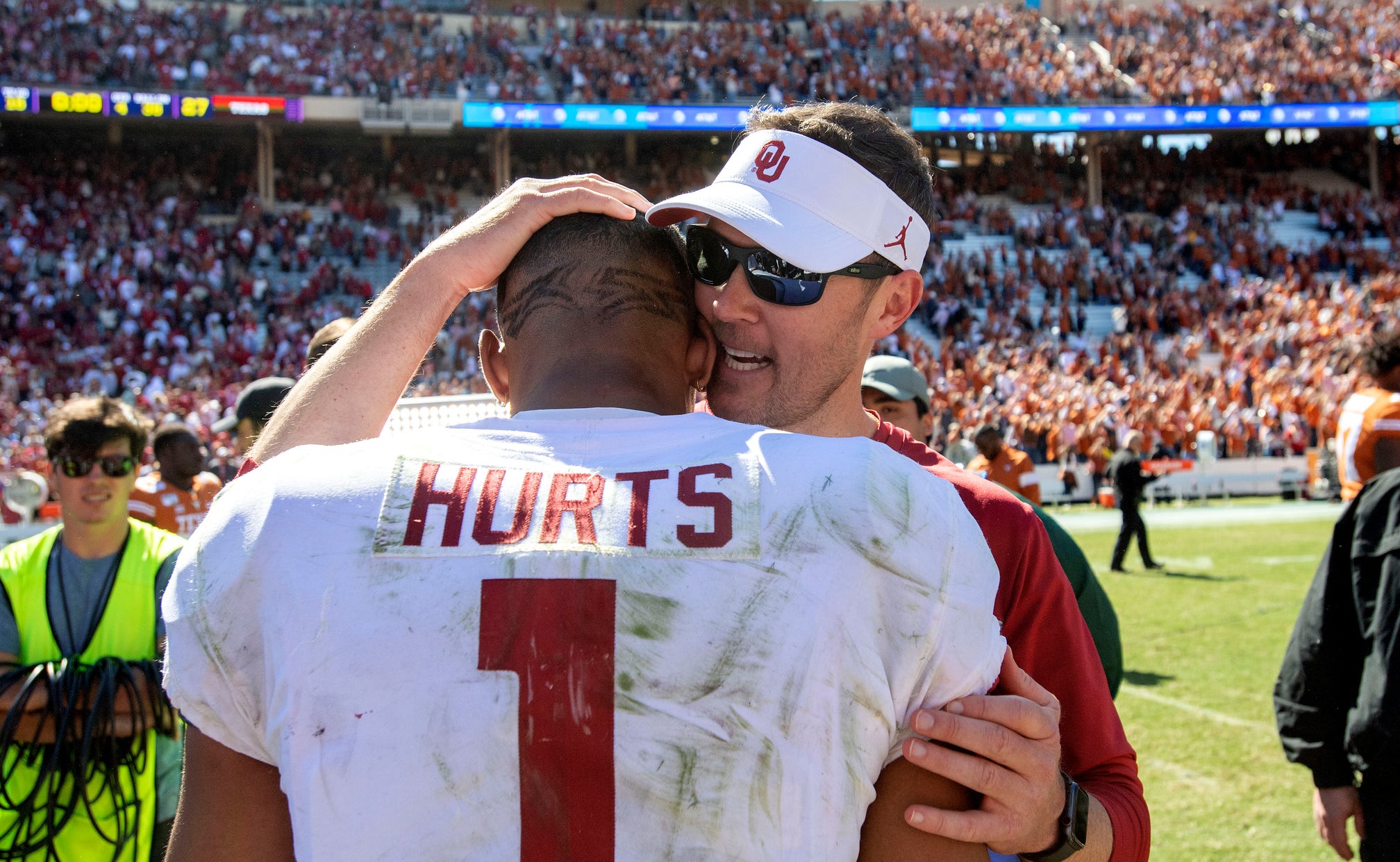 previous story
Crews among additional picks as Raw and SmackDown continue to build their rosters
next story
Column: In Miami, a showdown of the NFL's worst

BATON ROUGE, La. (AP) — Joe Burrow passed for 293 yards and three touchdowns, and fifth-ranked LSU scored three straight touchdowns after falling behind early in the second half to beat No. 7 Florida 42-28 Saturday night.

Facing a Florida defense that came in leading the nation in interceptions and leading the Southeastern Conference in sacks, the Tigers (6-0, 2-0 SEC) totaled 511 yards without giving up a sack or committing a turnover.

Ja'Marr Chase had 127 yards receiving and the last of his two touchdowns was a 54-yarder to give LSU a two-score lead with 5:43 left. Justin Jefferson caught 10 passes for 123 yards and a touchdown.

Burrow went 21 of 24 passing, meaning he had the same number of touchdown tosses and incomplete passes. Clyde Edwards-Helaire rushed for 134 yards and two scores on 13 carries.

The Tigers haven't scored fewer than 42 points in a game this season.

Kyle Trask was 23-of-39 passing for 310 yards and three touchdowns for Florida (6-1, 3-1), but was done in by freshman Derek Stingley Jr.'s interception in the LSU end zone in the fourth quarter, when the Gators were trying to tie the game. Soon after, Burrow spotted Chase running free down the right sideline, and a Tiger Stadium crowd more than 100,000 strong was in virtual delirium.

The Sooners (6-0, 3-0 Big 12) stayed on track for a third straight trip to the College Football Playoff and avenged last year's loss in Cotton Bowl Stadium in the middle of the Texas state fair, a victory that came in a rematch of the Big 12 championship game.

The Longhorns (4-2, 2-1) are likely relegated to a spoiler role if there's a second consecutive Big 12 title game between the rivals.

Both teams played under the threat of an ejection for unsportsmanlike conduct after referee Mike Defee flagged everyone 30 minutes before the game when clusters of players got too close at midfield while wrapping up warmups and started jawing at each other.

Tagovailoa threw his first interception of the season but became Alabama's career passing touchdowns leader with his first one of the game, breaking his tie with A.J. McCarron. The junior now has 81 for his career and leads the nation with 27 this season.

Alabama (6-0, 3-0 Southeastern Conference) trailed briefly in its first game this season against a ranked opponent when Texas A&M scored a touchdown on its first possession.

Travis Etienne ran for 127 yards and caught one of Lawrence's scoring throws.

FSU quarterbacks James Blackman and Alex Hornibrook both threw first-half interceptions and the Seminoles managed only 63 yards in the half. Blackman threw another pick that went for Derion Kendrick's 38-yard return score in the second half.

Florida State star Cam Akers' struggles against the Tigers continued. He had gained just 47 total yards vs. Clemson the past two games and ended with 34 yards on nine carries here.

ATHENS, Ga. (AP) — Parker White's 23-yard field goal in the second overtime proved to be enough when Georgia's Rodrigo Blankenship was wide left on his attempt from 42 yards, giving South Carolina its first win over an AP Top 25 opponent since beating Georgia in 2014.

Blankenship's second miss of the game sent South Carolina players charging onto the field to celebrate the upset.

White missed a 33-yard attempt in the first overtime.

Georgia (5-1, 2-1 Southeastern Conference) suffered a big hit to its national championship hopes. The Bulldogs, favored by 24½ points, could not overcome three interceptions and a lost fumble by Jake Fromm. The senior did not throw an interception in the Bulldogs' first five games.

On the second play of overtime, Fromm's pass glanced off the hands of receiver Tyler Simmons and was intercepted by Israel Mukuamu. White's miss from 33 yards kept the game alive for South Carolina (3-3, 2-2).

MADISON, Wis. (AP) — Jonathan Taylor rushed for two touchdowns and No. 8 Wisconsin's defense posted its fourth shutout of the season.

The Spartans' defense held Taylor to 80 yards on 26 carries, marking the first time this season the Heisman Trophy hopeful was held under 100.

Jack Coan completed his first seven passes for Wisconsin (6-0, 3-0 Big Ten) and finished 18 of 21 for 180 yards and a touchdown to win his eighth straight start since last season.

The Trojans' Markese Stepp scored from the 2 with 1:04 left to make it 30-27. But Notre Dame's Brock Wright recovered the onside kick, and the Irish ran out the clock.

USC freshman Kedon Slovis completed 24 of 35 passes for 255 yards in his first game back from a concussion three weeks ago.

A matchup between two of the nation's top defenses turned when Iowa's Nate Stanley threw an interception near midfield with 9:22 remaining. Penn State drove 35 yards on a gassed Iowa defense, and the last of three straight runs by Cain made it 17-6.

Iowa pulled within 17-12 when Stanley found Brandon Smith for a 33-yard TD pass with 2:31 to go. The Hawkeyes' two-point try failed though, and Cain converted a crucial third down that ensured that Iowa never saw the ball again.

The Broncos (6-0, 3-0 Mountain West) remained perfect at home against the Rainbow Warriors in seven meetings, despite losing Bachmeier early in the second quarter when he was scrambling for a first down and spun to elude oncoming linebacker Kana'i Picanco.

Bachmeier absorbed a hit in his lower back and promptly fumbled. He walked gingerly off the field with the aid of staff trainers before going to the locker room. In the second half, he returned to the sidelines in street clothes.

The nature and extent of Bachmeier's injury was not disclosed by the school.

Hawaii (4-2, 1-1), which entered the game with the Mountain West's top passing offense and fourth nationally, fell behind early and never seemed to have an answer defensively for any of the three quarterbacks Boise State played.

CORVALLIS, Ore. (AP) — Zack Moss rushed for 121 yards and two touchdowns, including a 91-yard scoring run in the opening quarter, and No. 15 Utah routed Oregon State.

Moss, who was returning from a shoulder injury, sat out the second half.

Jake Luton threw for 131 yards for the Beavers (2-4, 1-2) and was intercepted for the first time this season.

Isaiah Hodgins, who went into the game ranked second in the nation with an average of 126.4 receiving yards per game, was held to eight catches for 77 yards. The Utes held Oregon State to just 48 rushing yards.

Michigan responded with a long drive capped by Shea Patterson's 5-yard touchdown pass to Donovan Peoples-Jones. Patterson ran for a score after Michigan forced a turnover at the Illini 1 to seal it for Michigan.

Matt Robinson, starting for the injured quarterback Brandon Peters, a graduate transfer from Michigan, was 16 of 25 for 192 yards and one touchdown for Illinois. He also ran for a score.

Arizona State (5-1, 2-1 Pac-12) trailed by three after Blake Mazza made a 31-yard field goal with 2 1/2 minutes left. Taking over at their own 25-yard line, the Sun Devils moved quickly down the field behind Daniels' pinpoint passing. The freshman capped the drive with his scramble, helicoptering off a defender into the end zone.

Daniels threw for 363 yards on 26-of-36 passing. Aiyuk had seven catches for 196 yards despite an illness that kept him out for portions of the game.

Anthony Gordon threw for 466 yards and three touchdowns, but Washington State (3-3, 0-3) was again let down by its defense.

WACO, Texas (AP) — JaMycal Hasty scored on a 5-yard run in the second overtime and No. 22 Baylor won in its first game as a ranked team under coach Matt Rhule.

Baylor (6-0, 3-0 Big 12), which went the length of the field at the end of regulation just to get to overtime, won on Hasty's run after Trey Wolff's 35-yard field goal for Texas Tech opened the second extra period.

Charlie Brewer was 24-of-37 passing for 352 yards, but threw his first three interceptions of the season. He ran for three touchdowns, including a 1-yarder in the first overtime.

Texas Tech (3-3, 1-2), playing its third consecutive Top 25 opponent, got to the second overtime when TJ Vasher made a diving 2-yard catch on a nice lob throw by Jett Duffey for his only TD pass.

Brady White passed for 355 yards and two scores for Memphis (5-1, 2-1 American), which fell behind 16-0 as the Owls (5-1, 2-0) turned the Tigers' mistakes into points. The Owls could have buried Memphis early, but the first three Memphis turnovers were turned into Will Mobley's three field goals.

Jager Gardner ran for a score and Isaiah Wright and Brandon Mack caught touchdown passes for Temple. Russo's 12-yard touchdown to Mack made it 30-21 with 12:48 left in the fourth.

The final decisive play came with some debate. Joey Magnifico seemed to make diving catch to convert a fourth-and-10 with 1:50 left, but the called overturned and ruled incomplete after video review.

HOUSTON (AP) — Desmond Ridder passed for 263 yards and three touchdowns and No. 25 Cincinnati held off Houston's late surge for its fourth straight win.

The Bearcats (5-1, 2-0 American Athletic Conference) used a 21-point first half to pull away early and Perry Young's late 2-yard interception return for a touchdown sealed the win.

The Cougars (2-4, 0-2) cut the lead to five with 9:09 left on Tune's 6-yard pass to Christian Trahan, but it wasn't enough to prevent Houston's first 0-2 start in conference play since joining the AAC.