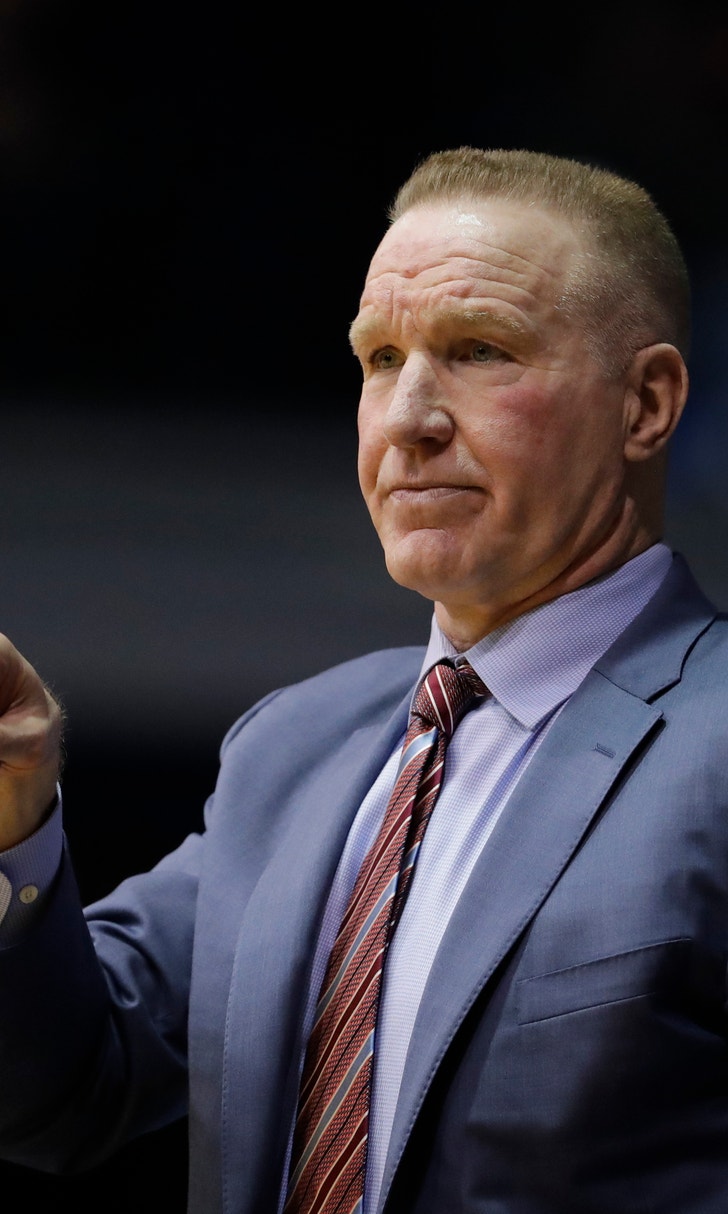 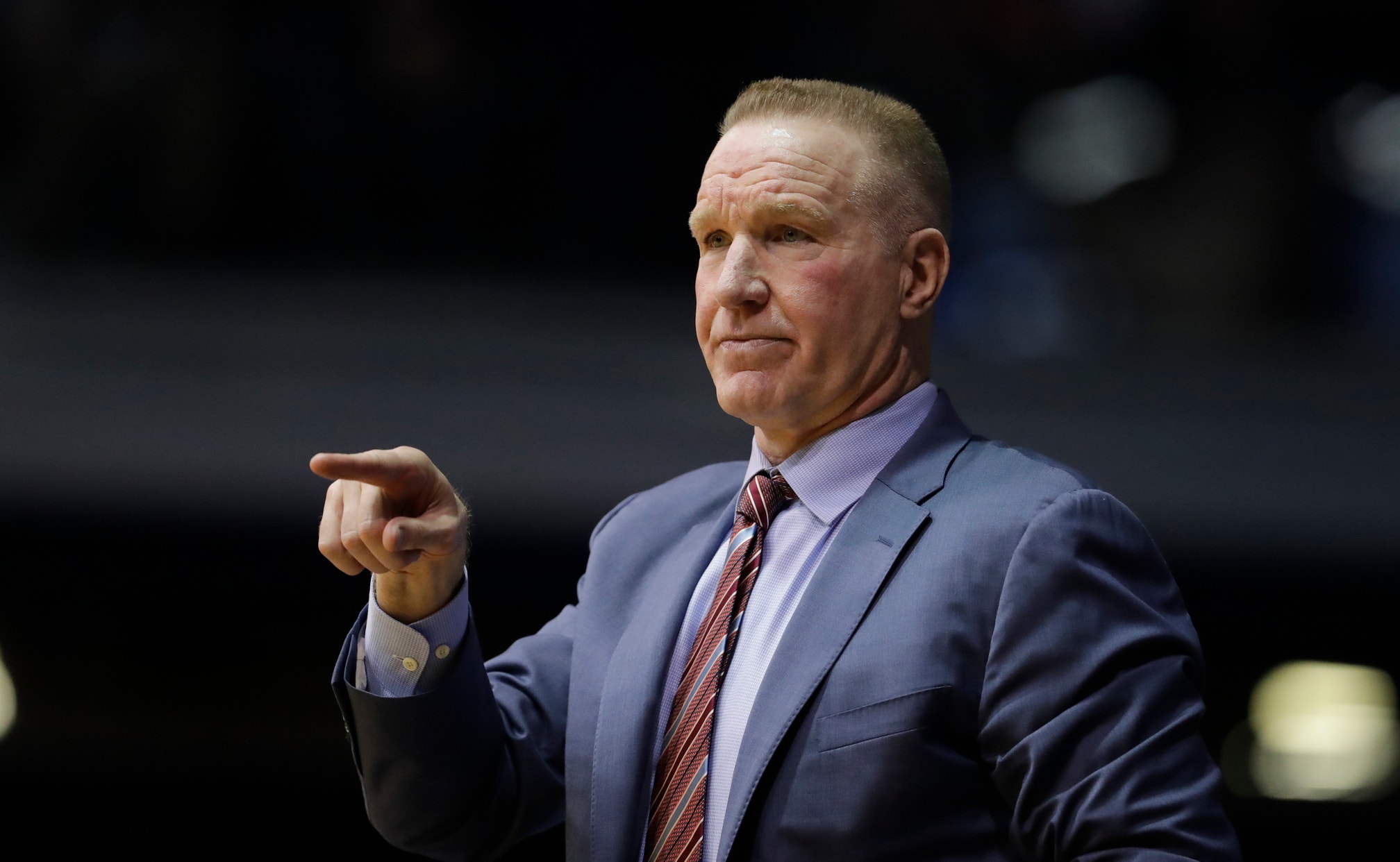 NEW YORK (AP) — For a second time in the storied history of St. John's basketball, the Chris Mullin era is over.

The school's greatest player resigned as coach Tuesday after four years on the job, citing a "personal loss." And while the program progressed under Mullin during his time on the sideline, the results fell far short of his four sensational seasons on the court.

Athletic director Mike Cragg announced the decision, noting Mullin's contributions and "deep passion for this program," but did not detail reasons for the move.

Mullin, however, said in a separate statement he had suffered a "recent personal loss," without elaborating. His older brother, Roddy, died last month at 58 after battling cancer for years.

Mullin had two years remaining on his contract. The 55-year-old coach was coming off his first winning season and only trip to the NCAA Tournament, an accomplishment he described as a "lifetime memory." The Red Storm lost to Arizona State in a First Four game last month.

"I took time to reflect upon my true values and believe this is the right time to make a change," he said. "I am extremely grateful to the administration, which has supported me and our basketball program on every level."

Cragg said St. John's will now pursue an experienced coach "committed to building a championship-level program" and someone who is "ready to build upon the recent successes of our program with integrity by recruiting young men of high character."

Bobby Hurley, the Arizona State coach with a New Jersey background, is reportedly thought to be a top target for St. John's to replace Mullin. Hurley was a star point guard at Duke, where Cragg spent more than three decades before being hired by St. John's last September.

The Red Storm went 59-73 under Mullin, including 20-52 in Big East play, after he replaced Steve Lavin in March 2015 and embarked on a substantial rebuild.

St. John's President Bobby Gempesaw said that because of Mullin the "university community has grown closer, there has been excitement throughout campus."

Led by star guard Shamorie Ponds and several talented transfers, the Red Storm won their first 12 games this past season for their best start since Mullin was a sophomore in 1982-83. St. John's briefly cracked the AP Top 25 for the first time in four years but faded down the stretch, losing five of their final six games and six of the last eight to finish 21-13.

St. John's squeezed into the NCAA Tournament as the last team to receive a bid and lost 74-65 to Arizona State in Dayton, Ohio. That left the program, once a national power, still without an NCAA Tournament victory since 2000.

In the weeks that followed, Ponds announced he would pass up his senior season to enter the NBA draft and hire an agent. Top recruiter Matt Abdelmassih, an assistant to Mullin, left for a position on the new staff at Nebraska under old boss Fred Hoiberg. And touted recruit Cam Mack, a junior college point guard, asked to be released from his national letter of intent.

Mullin, a two-time Olympic gold medalist and member of the Basketball Hall of Fame, led St. John's to the 1985 Final Four, his elegant left-handed shot and the antics of coach Lou Carnesecca captivating all of New York. Mullin remains the school's career scoring leader.

Born in Brooklyn, he was a five-time All-Star during his 16 seasons in the NBA with Golden State and Indiana. Before taking the job at his alma mater to much fanfare, Mullin had no head coaching experience. He was an NBA executive, serving as general manager of the Warriors and a special adviser with the Sacramento Kings.

St. John's ranks ninth among Division I programs in wins, though the school hasn't even been to the semifinals of the Big East Tournament since 2000.

Mullin's coaching tenure was highlighted by consecutive victories over top-five teams in February 2018: Duke and No. 1 Villanova, the eventual national champion.

"The past four years at St. John's University have been one of the most thrilling and challenging points of my career," Mullin said.

Rice Owls
share story
those were the latest stories
Want to see more?
View All Stories
Fox Sports™ and © 2020 Fox Media LLC and Fox Sports Interactive Media, LLC. All rights reserved. Use of this website (including any and all parts and components) constitutes your acceptance of these Terms of Use and Updated Privacy Policy. Advertising Choices. Do Not Sell my Personal Info