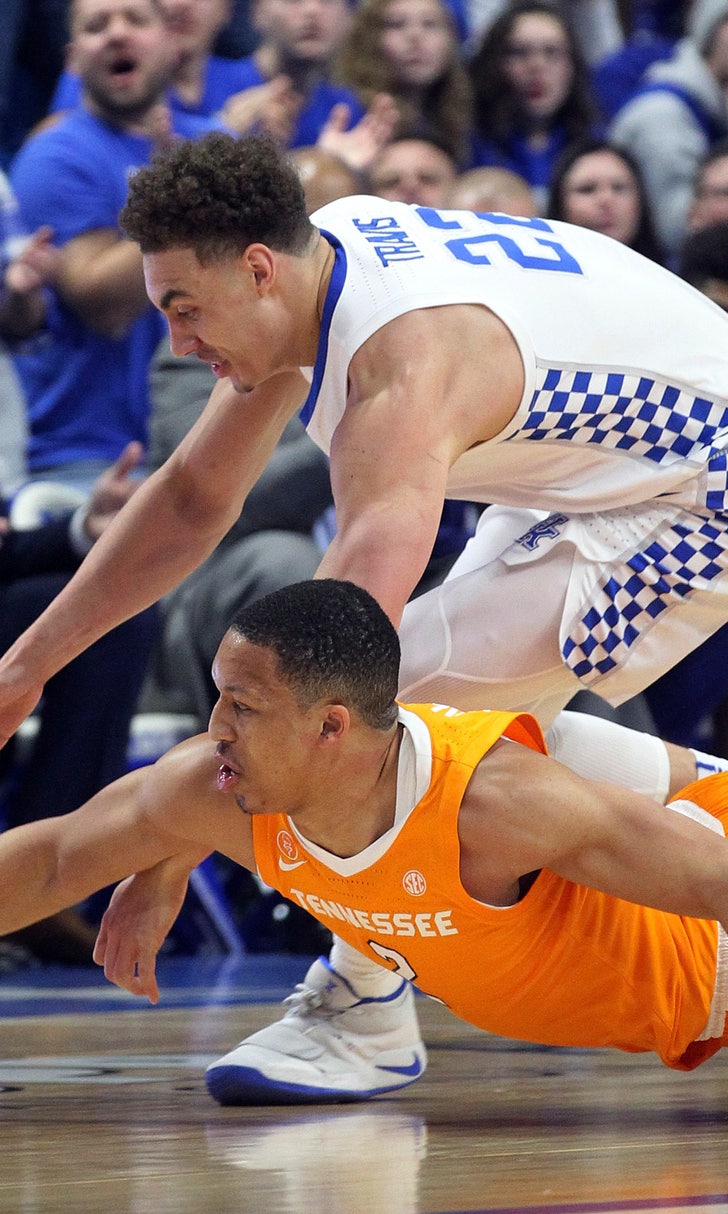 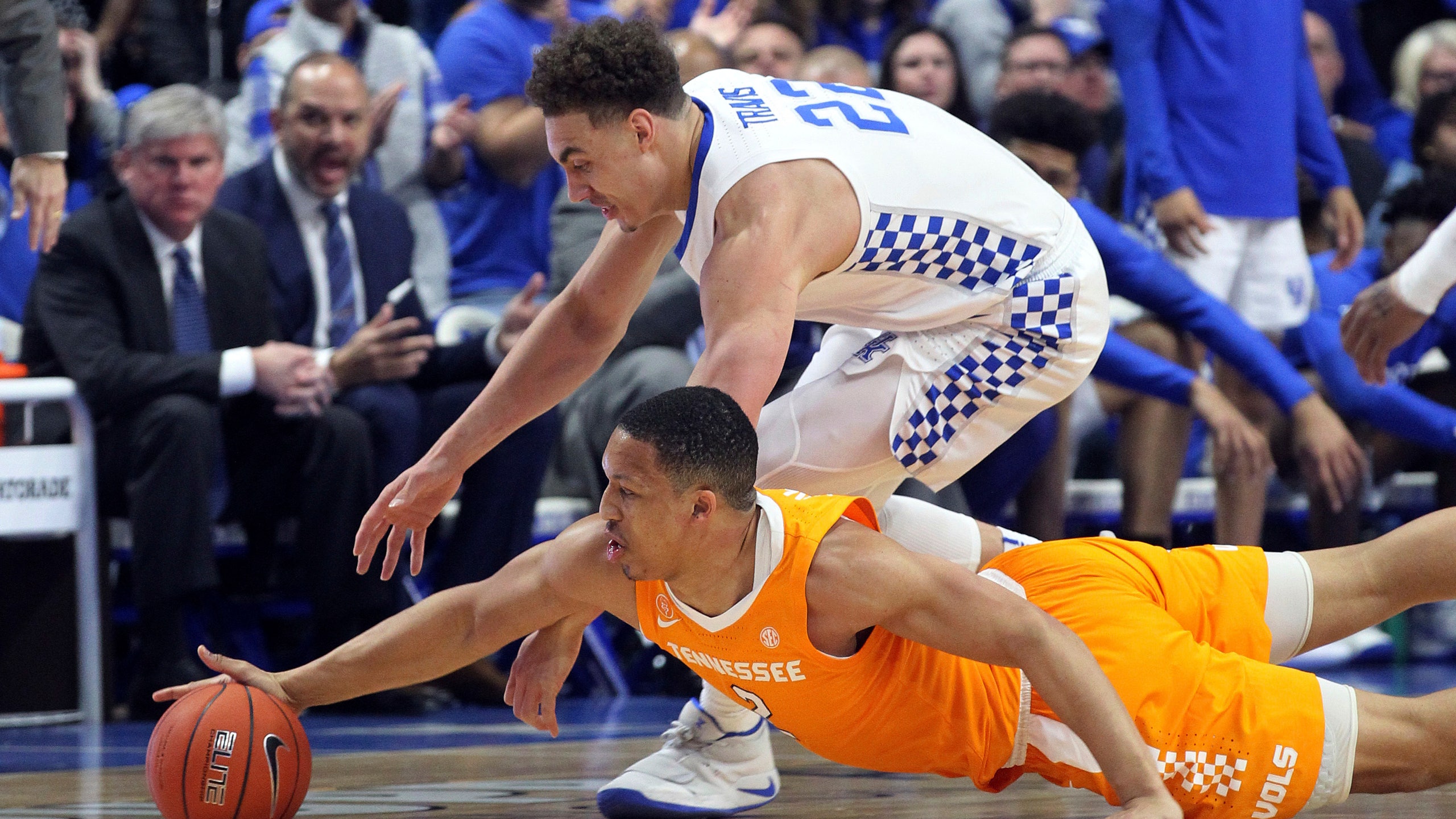 New No. 1 expected after Tennessee’s loss to No. 5 Kentucky

Tennessee kept rolling for a while after taking over the top spot in The Associated Press college basketball poll, unlike its previous stint at No. 1. The Vols had a close call against Vanderbilt, the team that knocked them off the No. 1 perch a decade ago, but rolled through the next six games to stretch their win streak to a school-record 19 in a row.

They ran into a buzz saw Saturday night against No. 5 Kentucky, a loss that likely means a new No. 1 on Monday.

"Tonight, we weren't Tennessee tough," Tennessee's Admiral Schofield said after the 86-69 loss. "Kentucky was totally kicking our butt, scoring the ball, defense, everything."

Kentucky's victory came on the heels of a 73-71 loss to No. 19 LSU on Kavell Bigby-Williams' buzzer-beating tip-in. Video replays showed the tip could have been goaltending, but the officials only reviewed whether he got the shot off in time, not if he interfered with the basket.

"We need to go back to what we were and sometimes you've got to get knocked in the head to know that," Kentucky coach John Calipari said. "So the loss to LSU probably helped us win this game."

Tennessee's loss could open the door for No. 2 Duke to move back into the top spot.

The Blue Devils have twice been No. 1 this season, dropping out of the top spot after losses to Gonzaga and Syracuse.

Duke (23-2, 11-1 Atlantic Coast Conference) has won nine straight since the Jan. 14 loss to the Orange, rallying from 23 down to beat No. 16 Louisville and rolling over North Carolina State behind R.J. Barrett's triple-double this week.

Next up for Duke: a showdown with No. 8 North Carolina on Wednesday.

Gonzaga's Killian Tillie missed the first two months of the season with a foot injury, returned for nine games and now is out indefinitely after tearing a ligament in his foot against San Francisco on Feb. 7.

The third-ranked Bulldogs keep winning without him.

Gonzaga (25-2, 12-0 West Coast Conference) beat Loyola Marymount by 13 on Thursday and extended its winning streak to 16 straight with a 79-67 win over San Diego on Saturday night. The Zags have won 30 straight WCC road games.

Gonzaga was a No. 1 seed in the NCAA selection committee's initial rankings and hopes to have Tillie back for the NCAA Tournament.

The Jayhawks (20-6, 9-4) bounced back from a loss to rival Kansas State with wins over Oklahoma State, TCU and West Virginia to keep their hopes alive for a 15th straight Big 12 title.

Kansas sits a half-game behind the 18th-ranked Wildcats, who lost by 14 to No. 23 Iowa State and saw senior forward Dean Wade limp off the floor.

No. 15 Texas Tech also is a half-game back after beating Oklahoma State and Baylor this week. The Cyclones are 8-4 in conference after knocking off Kansas State on Saturday.

No. 6 Michigan had a roller coaster of a week.

The Wolverines kicked it off with a surprising 75-69 loss to Penn State, which was 1-11 in Big Ten play before the victory. Michigan never led and coach John Beilein was ejected for the first time since the 1970s.

No. 11 Michigan State beat Ohio State on Sunday to tie Michigan atop the Big Ten, but suffered a big blow when junior forward Nick Ward broke his left hand. The Spartans hope he can return by the end of the season.