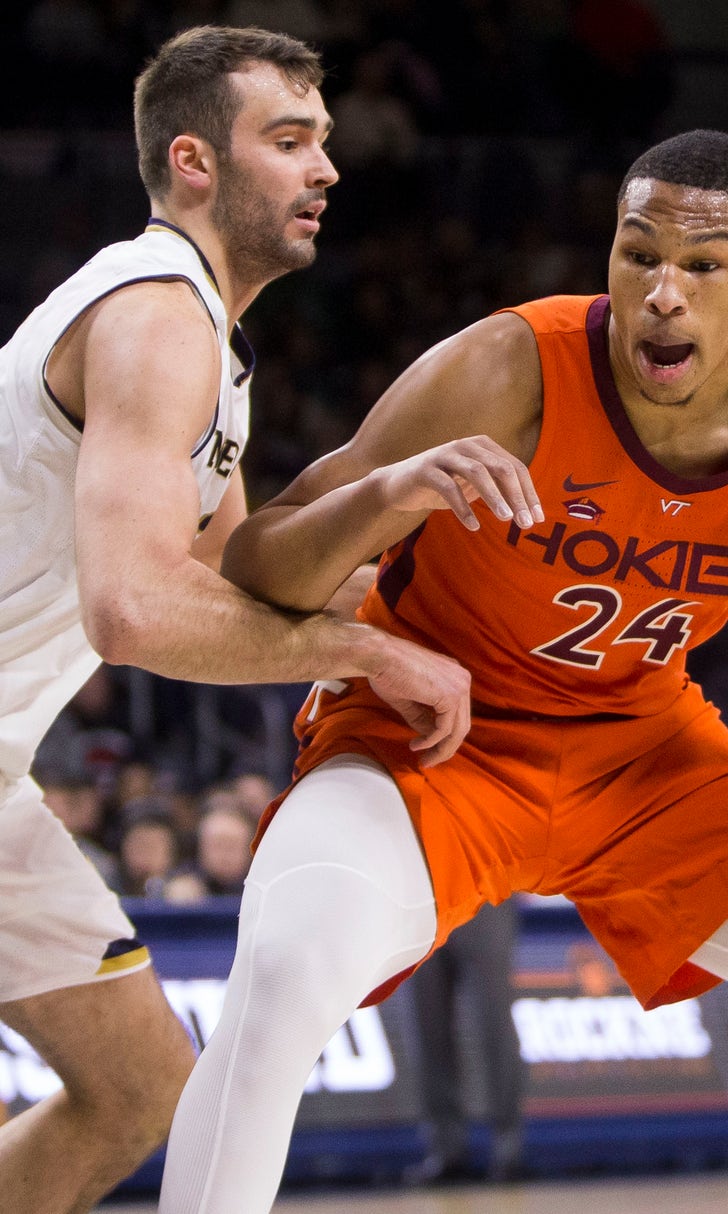 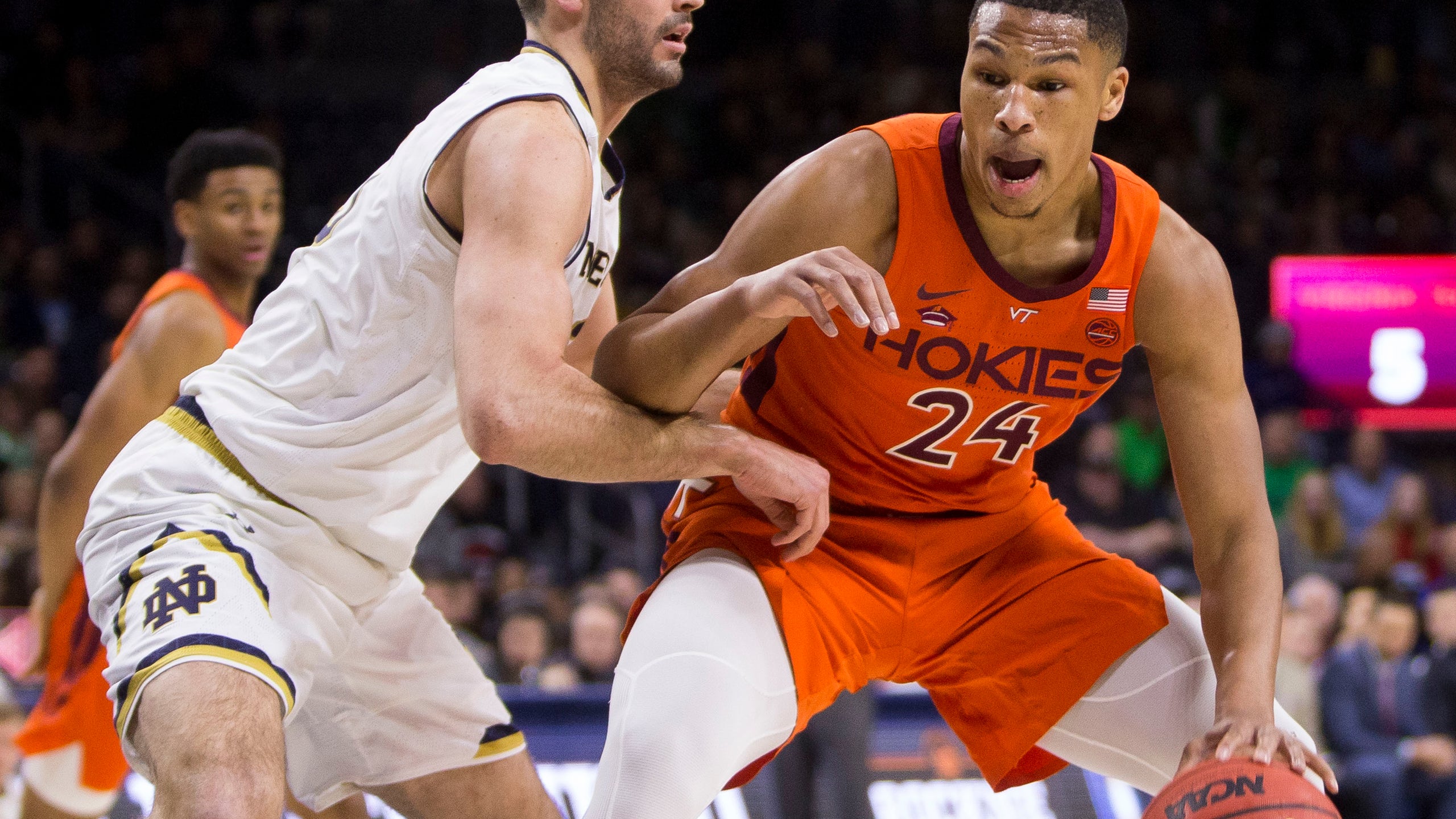 "He's just become so integral to literally everything we do on both ends," Williams said.

"I tried to protect him for two or three minutes when he picked up his first foul," Williams said about momentarily pulling Blackshear just 6:42 into the game, "and then when I took him out in the second half, he's just exhausted, because he's so important to what we're doing."

Blackshear still logged 33 minutes, and he continued to build a case as a college basketball Mr. February.

On Saturday, he helped Virginia Tech (21-6, 10-5 Atlantic Coast Conference), lead from the first basket onward, including a 14-4 advantage after eight minutes.

The Fighting Irish (13-14, 3-11) missed nine of their first 10 shots and committed four turnovers over the opening nine minutes, forcing them to play catch-up all day.

Nickeil Alexander-Walker scored 12 points and went 7 of 7 at the line for the Hokies.

T.J. Gibbs paced Notre Dame with 18 points but hit just 5 of 17 from the field with three 3-pointers.

The Irish got as close as six points on three occasions in the second half, but suffered their third straight loss and ninth in their last 11 outings.

"The second shots hurt us," Notre Dame coach Mike Brey said after Tech swarmed to as many offensive rebounds (18) as the Irish had defensive rebounds.

"They just got too many men," Brey said about the Hokies. "Too old, too tough, too mentally tough, and we are not that right now."

Virginia Tech: The Hokies improved to 4-3 without senior point guard Justin Robinson. The ACC's active leader in career assists is out indefinitely with a left foot injury he suffered Jan. 30 at Miami. Now Tech — which is 17-3 with Robinson encounters two ranked opponents in its final three regular-season games.

Virginia Tech: The Hokies host No. 1 Duke on Tuesday night. They are 0-4 against top-16 teams.

Notre Dame: The Irish play the middle of three straight games against ranked opponents when they visit No. 16 Florida State on Monday.