To download a photo, select an image size from the two options below, and enter a valid email address in the email address field below.
NextSteve Beim 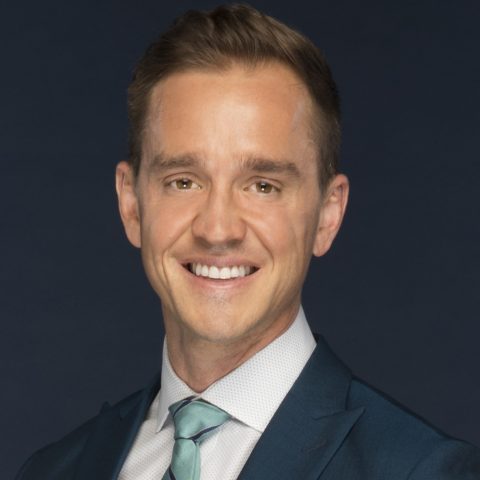 A member of 2010 USA World Cup team, Holden has also contributed to the network’s coverage of the UEFA Champions League, UEFA Europa League, England’s FA Cup and the 2015 FIFA Women’s World Cup in Canada, and co-hosted the Facebook Live show “The Rec League.”

Holden made a name for himself in the U.S. youth ranks before earning his first call-up to the senior national team in 2008. He represented the United States in the 2008 Beijing Olympics, scoring the game-winning goal vs. Japan. In the 2009 Concacaf Gold Cup, he was selected to the Gold Cup All-Tournament Team.

Holden was a part of the 23-man roster for the U.S. National Team during the 2010 World Cup in South Africa and played in the opening 1–1 draw with England. Despite being hampered by several serious injuries, he made his return to the U.S. Men’s National Team for the 2013 Concacaf Gold Cup. He played in the final, with the U.S. taking the title, but it was later revealed that Holden had suffered a torn ACL in his knee.

On the club level, Holden played with top clubs in the English Premier League, beginning with Sunderland in 2005 and later with Bolton Wanderers. He made several appearances with the club leading them to a seventh-place finish in 2011 and the FA Cup semifinals. Holden was voted the club’s player of the year in 2011 and was rated as the top player in the premier league by the Guardian at the half-way point of that season. In the states, he played for Major League Soccer’s Houston Dynamo from 2006-10, where he won two MLS Cups, and was named an MLS All-Star Best XI in 2009.

Born in Aberdeen, Scotland and raised in Texas, Holden played two seasons of college soccer at Clemson University before moving across the pond. He is married to Karalyn Holden and has a daughter, Kennady Rose Holden. Holden was named Houston Dynamo Humanitarian of the Year in both 2008 and 2009. Following the devastation left by Hurricane Harvey, Holden organized and hosted the charity event Kick In for Houston in December 2017, raising hundreds of thousands of dollars for victims.