To download a photo, select an image size from the two options below, and enter a valid email address in the email address field below.
NextRon Thulin 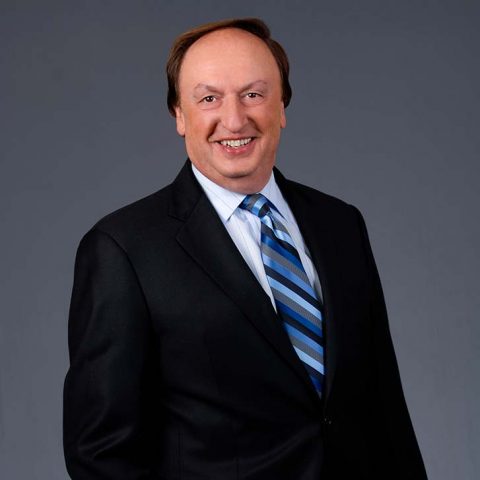 Widely regarded as one of sports’ top play-by-play announcers, Rosen has been an NFL on FOX announcer since 1997. In 2016, he teamed with analyst David Diehl, and in 2015, he joined forces with a rotation of analysts comprised of Chris Cooley, Matt Millen, Kirk Morrison and Brady Quinn.
For the 2014 NFL season, he was paired with analysts John Lynch, Ronde Barber and Morrison. Rosen’s vast FOX Sports resume also includes NHL on FOX game action, the 2010 Fiesta Bowl and the 1999 and 2000 NFL Europe League World Bowl.

Rosen was inducted into the Hockey Hall of Fame in Nov. 2016, receiving the Foster Hewitt Memorial Award for his outstanding accomplishments as a hockey broadcaster. He has been the television voice of the New York Rangers on the Madison Square Garden Network (MSG) since 1984, and memorably called the 1994 Stanley Cup championship won by the Rangers for the first time in 54 years.

He also was the lead play-by-play announcer for the NHL Radio Network from 1996-2008, calling every Stanley Cup Final during that time, as well as NHL All-Star Games and Olympic hockey in Salt Lake City in 2002. Rosen joined MSG in 1982 as host for most Rangers and New York Knicks home cablecasts. In addition, he has been the blow-by-blow announcer for MSG’s live professional boxing and Golden Gloves broadcasts, and in 1989, he received the prestigious Sam Taub Award given annually by the Boxing Writers Association for excellence in boxing broadcast journalism.

Rosen received New York Emmy Awards for his work on Rangers cablecasts during the 1989-‘90 and ‘92-‘93 seasons in the category of Outstanding Live Sports Coverage. In addition to his MSG assignments, Rosen called a variety of events for ESPN, including college football and the College World Series. He also worked the 1986 NHL All-Star Game, Stanley Cup Playoffs and Finals for ESPN. Rosen was the television voice of New York Jets preseason football (1979-‘80) before assuming the same role for the New York Giants in 1981.

He began his professional broadcasting career in 1966 as a desk assistant with WINS Radio in New York.

Rosen graduated from City College of New York in 1968 with a Bachelor of Arts degree in speech. As an undergraduate, he was a catcher on the CCNY baseball team, serving as captain of the freshman team in 1965 and the varsity squad in his senior year.

Born Aug. 12, 1947, in Ulm, Germany, Rosen immigrated with his family in 1949 to Brooklyn, where he grew up. He currently resides in New City, N.Y., with his wife, Jill. Rosen has two sons, Garett and Matthew, two grandsons, Brendan and Michael, and a granddaughter, Lucy.