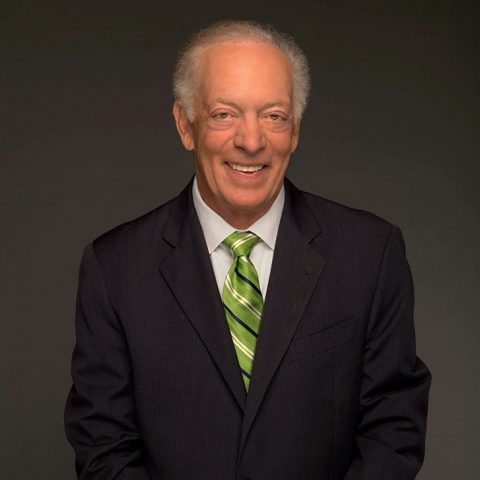 Dick Stockton, one of the most recognizable voices in sports television, joined FOX Sports in 1994 and has been with the network ever since, celebrating his 27th year in 2020. He calls FOX NFL games alongside analyst Brady Quinn and reporter Sara Walsh. In 2019, Stockton teamed with analyst Mark Schlereth and reporter Jennifer Hale. He also called play-by-play for MLB on FOX broadcasts from 1996 through the 2013 season, anchoring the Division Series on TBS from 2007-2013.

Considered one of the most versatile broadcasters in history with more than 40 years of professional experience, Stockton’s vast resume includes 17 years at CBS Sports and 19 years covering the NBA Playoffs for Turner Sports, in addition to a play-by-play role for TBS’ coverage of Major League Baseball postseason since 2007. Stockton also served as Turner Sports’ voice for regular season and NBA playoff games from 1995-2013 and has called college basketball for FOX Sports.

In 2001, he was honored with the Curt Gowdy Electronic Media Award from the Naismith Basketball Hall of Fame. In 1997, he received a CableAce nomination for his NBA work for TNT. He was named one of the top-50 network sportscasters of all time by the American Sportscasters Association in 2009, and in 2016, was recognized with the prestigious Sonny Hirsch Excellence in Sports Broadcasting Award. Named after the longtime voice of the Miami Hurricanes, the award honors an outstanding sports broadcaster who has had a major impact in their field, while making notable accomplishments within the community.

At CBS Sports fulltime from 1978-1994, Stockton covered a variety of sports, including the NFL, NBA (lead play-by-play), MLB and college basketball (lead play-by-play for NCAA Regional Finals), in addition to the World Swimming and Diving Championships, championship boxing, track and field, the Pan American Games and the Olympic Games.

Stockton’s NFL game partners at CBS Sports included Roger Staubach, Hank Stram, Dan Fouts, Merlin Olsen, Terry Bradshaw, Dan Dierdorf and Wayne Walker. In addition to his NFL work, he was the lead announcer for the NBA on CBS from 1982 to 1990, including the memorable Lakers-Celtics NBA Finals in that decade. Stockton also appeared weekly on CBS Sports’ coverage of Major League Baseball from 1990 to 1992, including three American League Championship Series.

As voice of Red Sox baseball from 1975 through 1978 at Boston’s WSBK-TV, he called Carlton Fisk’s legendary 12th-inning, game-winning homerun in Game 6 of the 1975 World Series for NBC Sports, coining his famous quote, “If it stays fair …,” in that game.

NBC also tapped him in 1976 and 1977 to cover NFL games and NCAA tournament basketball. Furthermore, he called play-by-play for Oakland A’s games for KRON-TV in San Francisco for three years beginning in 1995.

While at CBS, he hosted the Pan American Games in San Juan in 1979 and covered swimming and diving at the Games in Edmonton and Caracas. Stockton also broadcast the World Swimming and Diving Championships in Ecuador, the World Basketball Championships in Colombia and the World Figure Skating Championships in Helsinki. He also was assigned the Winter Olympics Men’s Skiing events in France in 1992 and the 1994 Norway Games’ speed-skating events. In the latter capacity, Stockton called the Gold Medal-winning performances by speed skaters Dan Jansen and Bonnie Blair, moments he considers to be among the highlights of his career.

Stockton began his broadcasting career in 1965 in local radio and TV in his hometown of Philadelphia and eventually worked his way up to sports director at KDKA-TV in Pittsburgh. While at KDKA in the late 1960s, he began working with CBS Sports for the first time before seguing to a fulltime role in 1978. In 1971, he relocated to Boston to work for WBZ-TV and WBZ Radio and began calling Boston Celtics telecasts for WBZ.