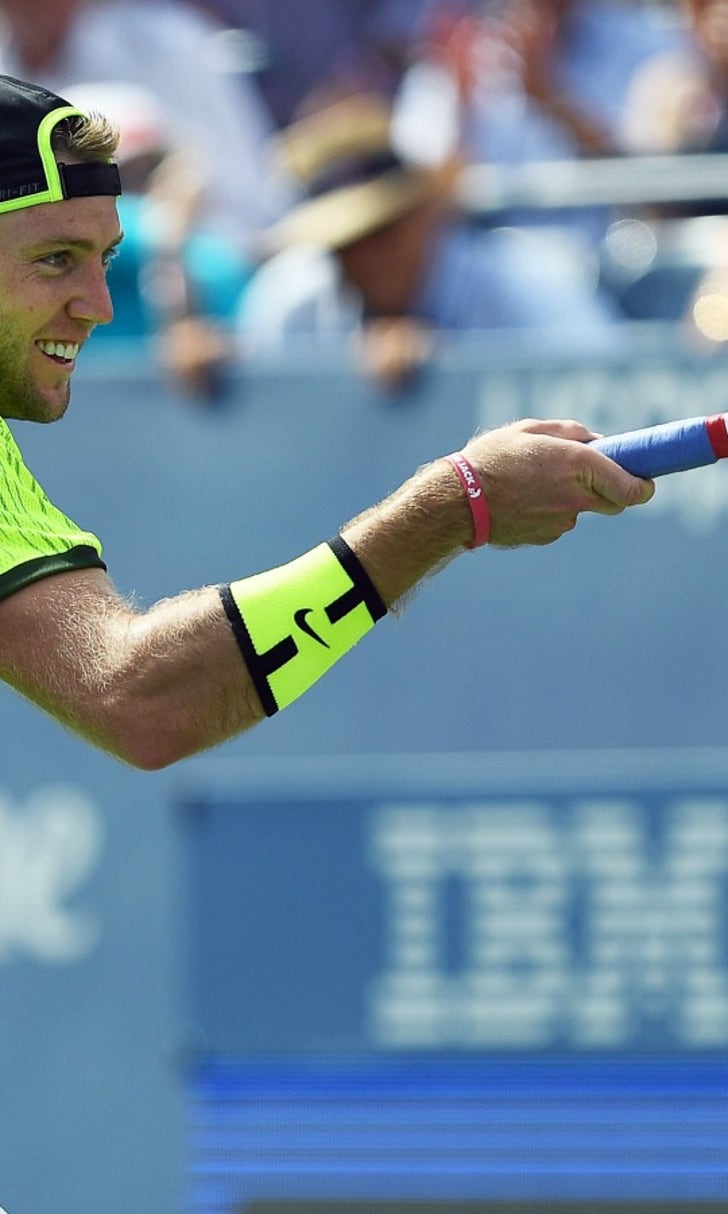 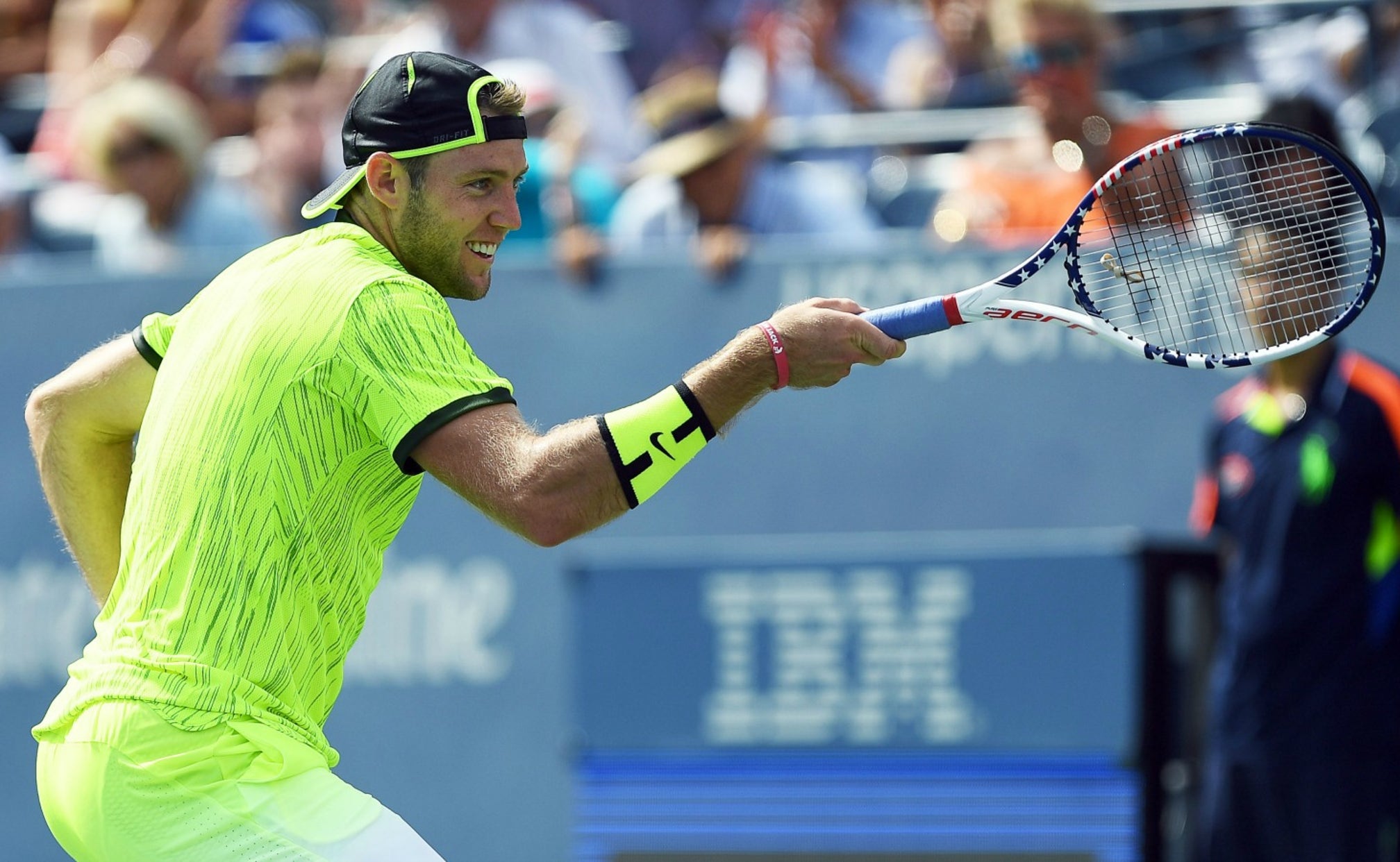 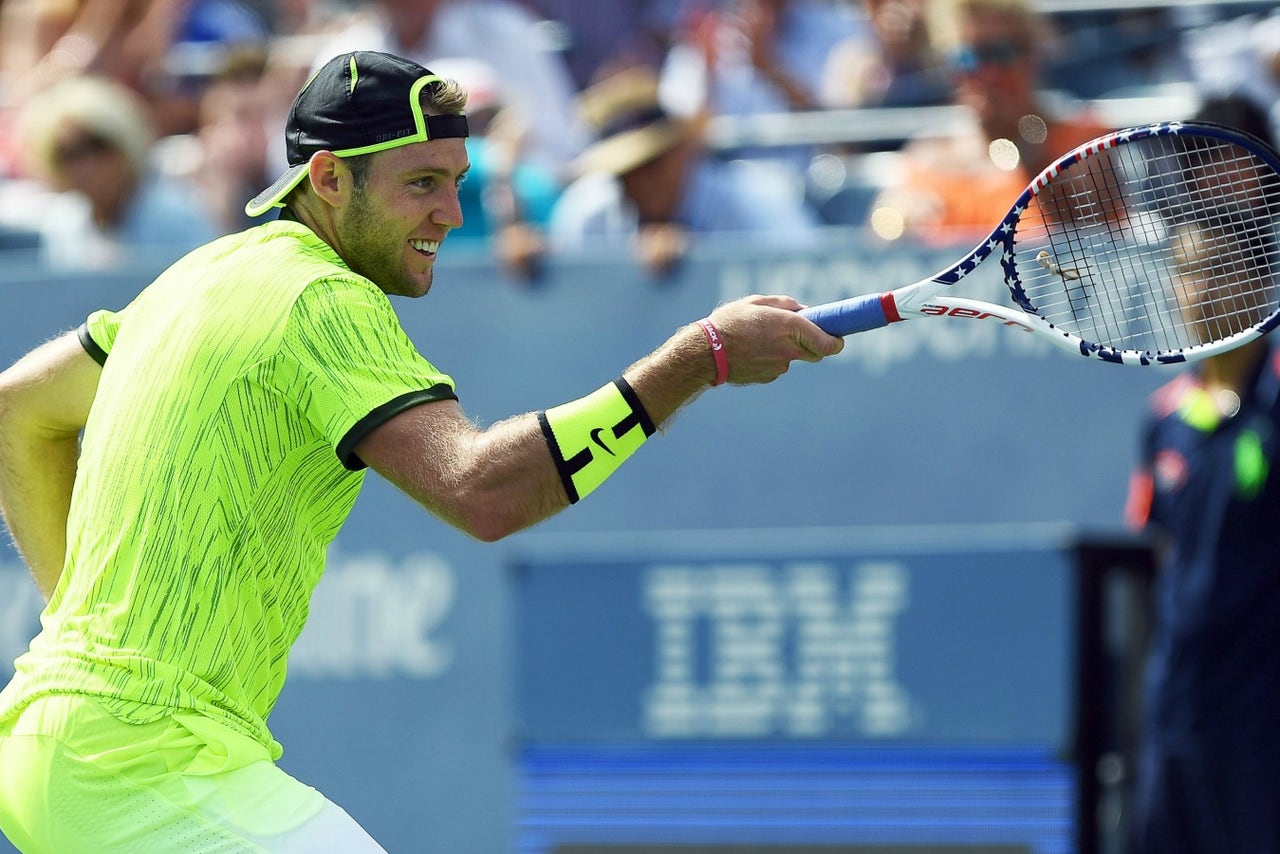 NEW YORK -- Before Jack Sock took on 2014 U.S. Open champion Marin Cilic in the third round, the 23-year-old American acknowledged that, as of a couple of years ago, simply making it that far would have made him, to use two of his words, "satisfied" and "excited."

Now Sock wants more. He thinks his game and his mindset are ready for deep Grand Slam runs. And the way he overwhelmed the No. 7-seeded Cilic 6-4, 6-3, 6-3 in a little more than 1 1/2 hours on Friday to reach the fourth round at Flushing Meadows for the first time, who would doubt Sock?

"Just all around, I think I'm putting things together, better and better," said the 26th-seeded Sock, who celebrated his victory with a racket-as-foil jousting move in tribute to his friend and fellow U.S. Olympian, bronze medalist fencer Miles Chamley-Watson. "I definitely feel more confident out there in everything I'm doing."

Against Cilic, who followed up his title with a semifinal appearance a year ago, Sock won all 14 of his service games, never facing so much as one break point. Not much of a surprise there on a hard court for a guy whose game is best known for two parts -- "`serving and forehand' is what I hear all the time," he said with a hint of a smirk. 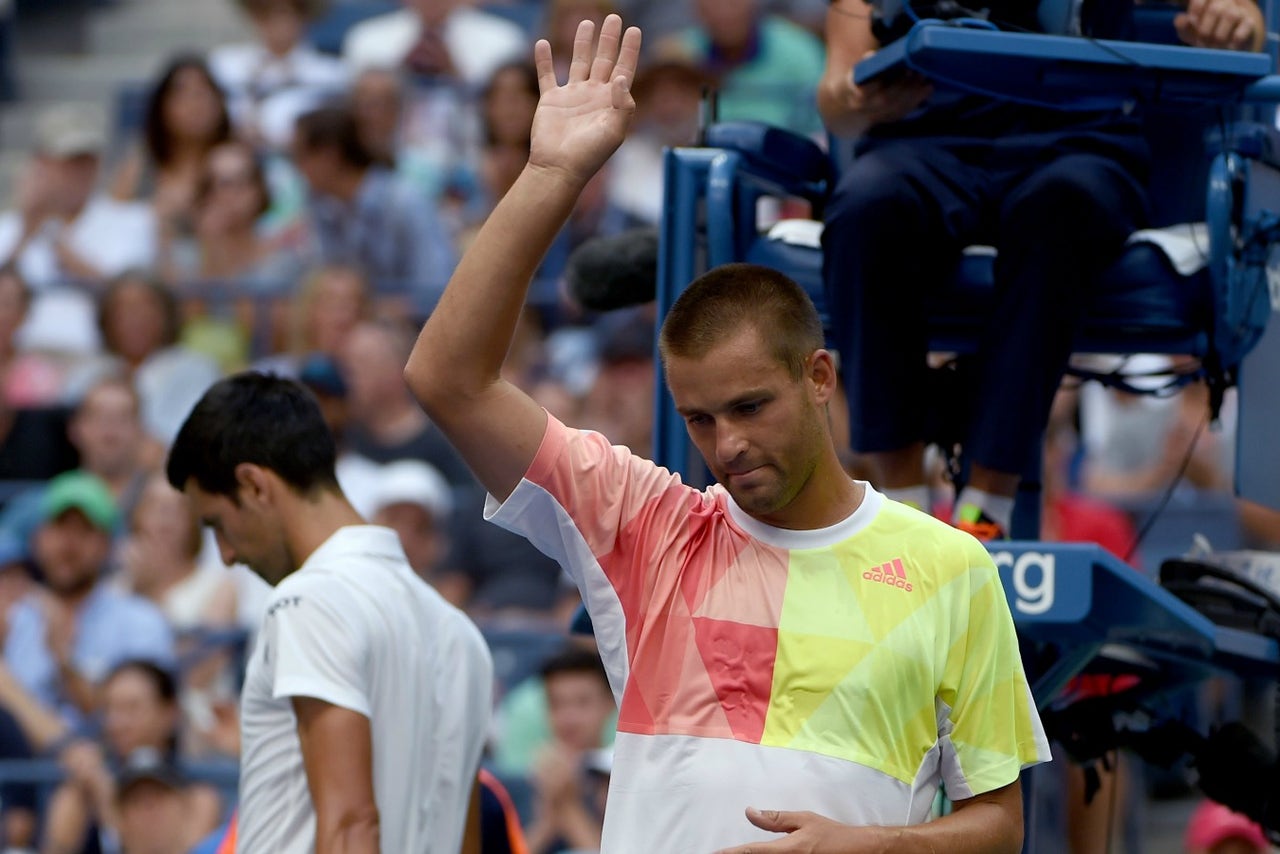 But on this windy afternoon, Sock showed off other improving parts of his repertoire. Sure, he delivered 10 forehand winners, but he also produced four on the backhand side (Cilic only had two). And as good as his serving was, with a top speed of 138 mph and 86 percent of first-serve points won, Sock's returns were in fine form, too: He broke Cilic four times.

"He's a very dangerous guy in these kind of conditions," Cilic said, "where the ball is coming off pretty fast, off the court."

Other men into the round of 16 included No. 1-seeded and defending champion Novak Djokovic, No. 10 Gael Monfils, No. 24 Lucas Pouille, and 2006 Australian Open finalist Marcos Baghdatis, who ended the career-best showing of American qualifier Ryan Harrison by beating him 6-3, 7-6 (4), 1-6, 6-1.

At night, Rafael Nadal produced a spectacular `tweener lob with his back to the net on the next-to-last-point of his 6-1, 6-4, 6-2 victory over Andrey Kuznetsov. Nadal returned to the fourth round at the U.S. Open for the first time since winning the 2013 title.

That was followed by the day's last match, No. 2 Angelique Kerber's 6-1, 6-1 victory over 17-year-old American CiCi Bellis.

Djokovic did not expend much energy yet again, playing for only 31 minutes before his opponent, Mikhail Youzhny, stopped because of a strained left hamstring while trailing 4-2. On Wednesday, the man Djokovic was supposed to play in the second round, Jiri Vesely, withdrew before the match even began because of an arm injury.

"It's not great, for neither players nor the fans," said Djokovic, who went back out on court in Arthur Ashe Stadium for an hour's practice session with coach Boris Becker after the abrupt ending to Friday's contest. "But it is what it is. I'll take it. I'm moving on and focusing on the next one."

That will be against 84th-ranked Kyle Edmund of Britain, who never even had been as far as the third round at a major tournament until this week. The 21-year-old Edmund will play Djokovic with a quarterfinal berth on the line after getting past 20th-seeded John Isner of the U.S. 6-4, 3-6, 6-2, 7-6 (5). 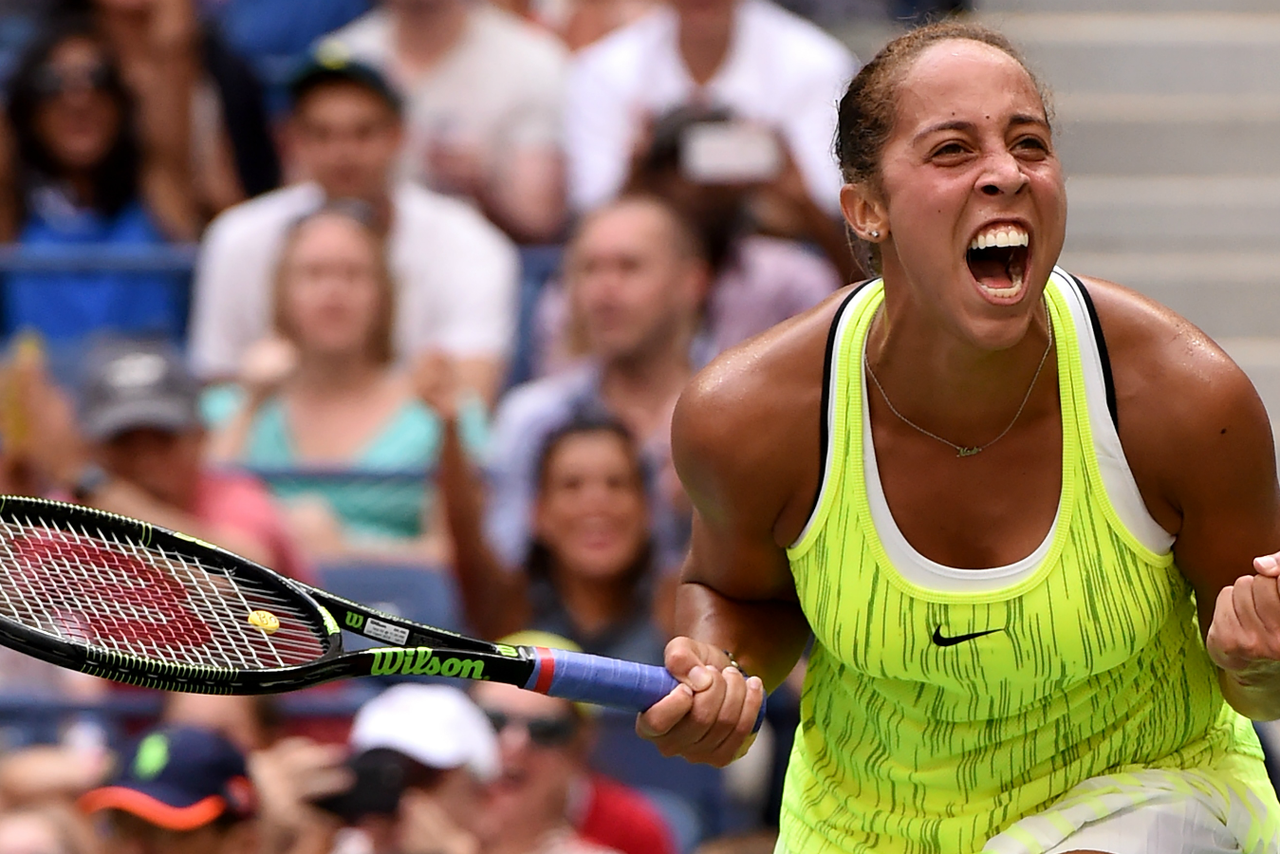 Madison Keys celebrates her win over Naomi Osaka of Japan.

Asked whether she considered this the top comeback of her young career, the 21-year-old Keys replied: "For sure. Hands down."

She'll now face two-time U.S. Open runner-up and former No. 1 Caroline Wozniacki, whose ranking is all the way down to 74th after a series of losses and injuries but followed up her win over 2004 champion and No. 9 seed Svetlana Kuznetsova by defeating Monica Niculescu 6-3, 6-1.

Other women who won included No. 7 Roberta Vinci, who stopped Serena Williams' Grand Slam bid a year ago in New York, two-time Wimbledon champion Petra Kvitova, No. 13 Johanna Konta and Anastasija Sevastova, the player who beat French Open champion Garbine Muguruza in the second round. No. 12 Dominika Cibulkova lost 3-6, 6-3, 6-4 to Lesia Tsurenko.

Both Vinci, the 2012 U.S. Open doubles champion, and Wozniacki credited their past success at Flushing Meadows with helping them now.

"In the end, the head does a lot," Vinci said. "If you think negatively, it's hard to get out of tense moments. So I try to think about what I did last year, what I've done in other years."