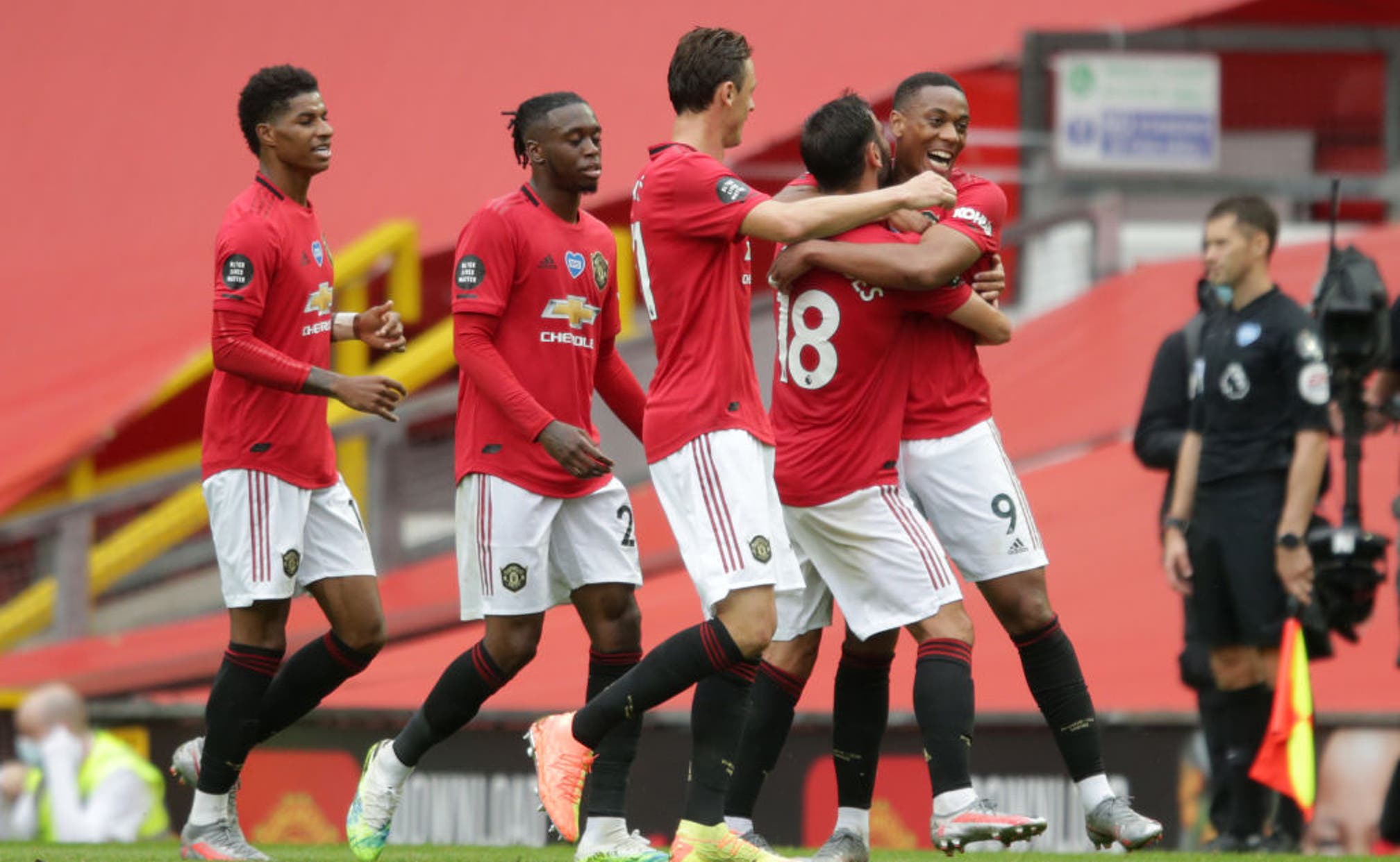 Whisper it now, but there are signs that Manchester United – English soccer’s sleeping giant – is starting to emerge from its slumber.

It has been seven years since United felt wide awake and like its typically dominant self, a slip that began with the 2013 retirement of legendary head coach Sir Alex Ferguson after nearly three decades of service.

The dip began as a power nap, turned into a long, deep sleep and eventually manifested into a comatose state that left many wondering if a return to prominence was ever going to happen.

And yet, in the few weeks since soccer came back from a pause that United went into nursing serious problems, the team is surging, and it is starting to look like a rosy future beckons.

“It is much easier for a team to suddenly emerge as a contender and also to fall away these days,” Charlie Wyett, football writer for Britain’s Sun newspaper told me via telephone. “Football is more dysfunctional and disjointed than ever. But still, it is stunning how quickly it has turned for United.”

It seems strange for a team that has more support than any in England and has historically thrived on being backed by big crowds at its Old Trafford home, but United has responded quicker and better than anyone to the fan-free resumption of the English Premier League.

Five straight wins have made qualification for next season’s Champions League a strong likelihood instead of an outside chance, and restored some of the old aura and swagger that was prevalent through the Ferguson years.

“It is starting to feel like it did back then, just a little bit,” United fan Andrew Marshall, 45, told me. “Teams fear us again now. They know that even if they turn up and play well, if we are on form we’re going to blow them away. For years other sides have looked at us and sniffed blood. It’s a nice change.”

It is a change that has restored faith in manager Ole Gunnar Solskjaer, who came within a whisker of losing his job in the early part of the year on the back of a woefully inconsistent run.

But the arrival of Portuguese midfielder Bruno Fernandes in January, combined with the return from layoff of Paul Pogba and the spectacular emergence of 18-year-old forward Mason Greenwood, has sparked a fresh start.

With European soccer’s transfer market in drastic flux due to the shifted calendar and the impact of COVID-19, United might be positioned to swoop for some bargain talent at the end of the campaign. Having missed out on hot prospect Erling Haaland in January, the club is targeting Borussia Dortmund youngster Jadon Sancho as a potential difference maker.

Despite its tough few years, United is always a favored destination for ambitious players seeking to entrench their name in the history books.

“The funny thing is that Solskjaer was so close to losing his job,” Wyett added. “Things weren’t right behind the scenes, but they stuck with him just long enough for him to turn it around. The two things no one factored was Fernandes coming in and making such a difference.

“And then Greenwood. No one thought he would do this. People who have been around the game are saying this lad could really could be the one, great English forward. Better than Wayne Rooney, Harry Kane, Marcus Rashford. People who saw Cristiano Ronaldo at 18 are making those kind of comparisons. United still has work to do to strengthen the backline, but you can see a path to the basis of a really good team.”

United’s latest win came on Thursday, with a 3-0 cruise at Aston Villa and one thing is becoming into sharp focus – the team has figured out how to have fun again. As hard as it has been for the fan base to see the EPL title pressed into the hands of hated rival Liverpool, things at Old Trafford are feeling okay.

“There is something beginning to stir at Manchester United … after seven years of decline and drift,” wrote ESPN’s Mark Ogden.

No one has felt sorry for United during their downturn. Countless teams had their hearts broken, over and over, by the club’s surge through the Ferguson era, that saw 13 league titles in 21 years before the great man’s retirement.

Anyone of teenage years and above can remember what an English soccer reality where United rules looks like, and no one outside of those who bleed Manchester red has much appetite for it.

They may not have a choice. The sleeping giant is cranking back into life and the EPL can do nothing but look on nervously.

MVP Watch: Brady Enters Fray
Russell Wilson has a firm lead in the MVP race, but a three-time winner with an unrivaled pedigree is creeping up the list.
5 hours ago
those were the latest stories
Want to see more?
View All Stories
Fox Sports™ and © 2020 Fox Media LLC and Fox Sports Interactive Media, LLC. All rights reserved. Use of this website (including any and all parts and components) constitutes your acceptance of these Terms of Use and Updated Privacy Policy. Advertising Choices. Do Not Sell my Personal Info