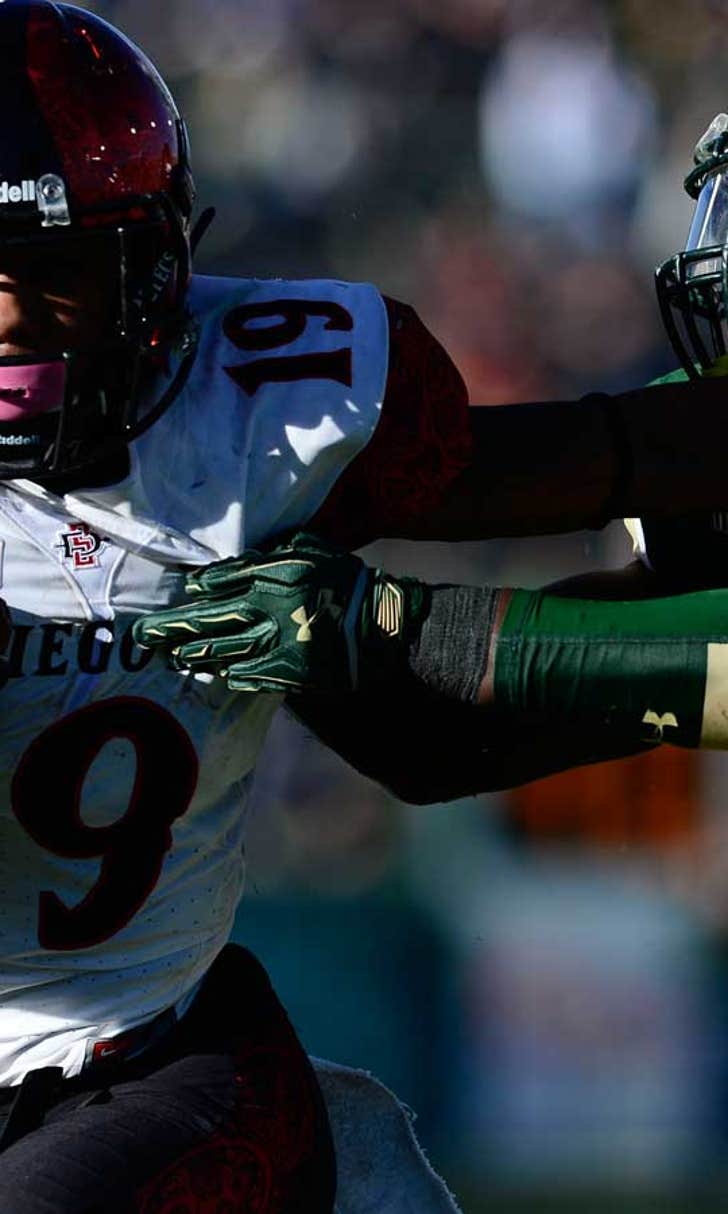 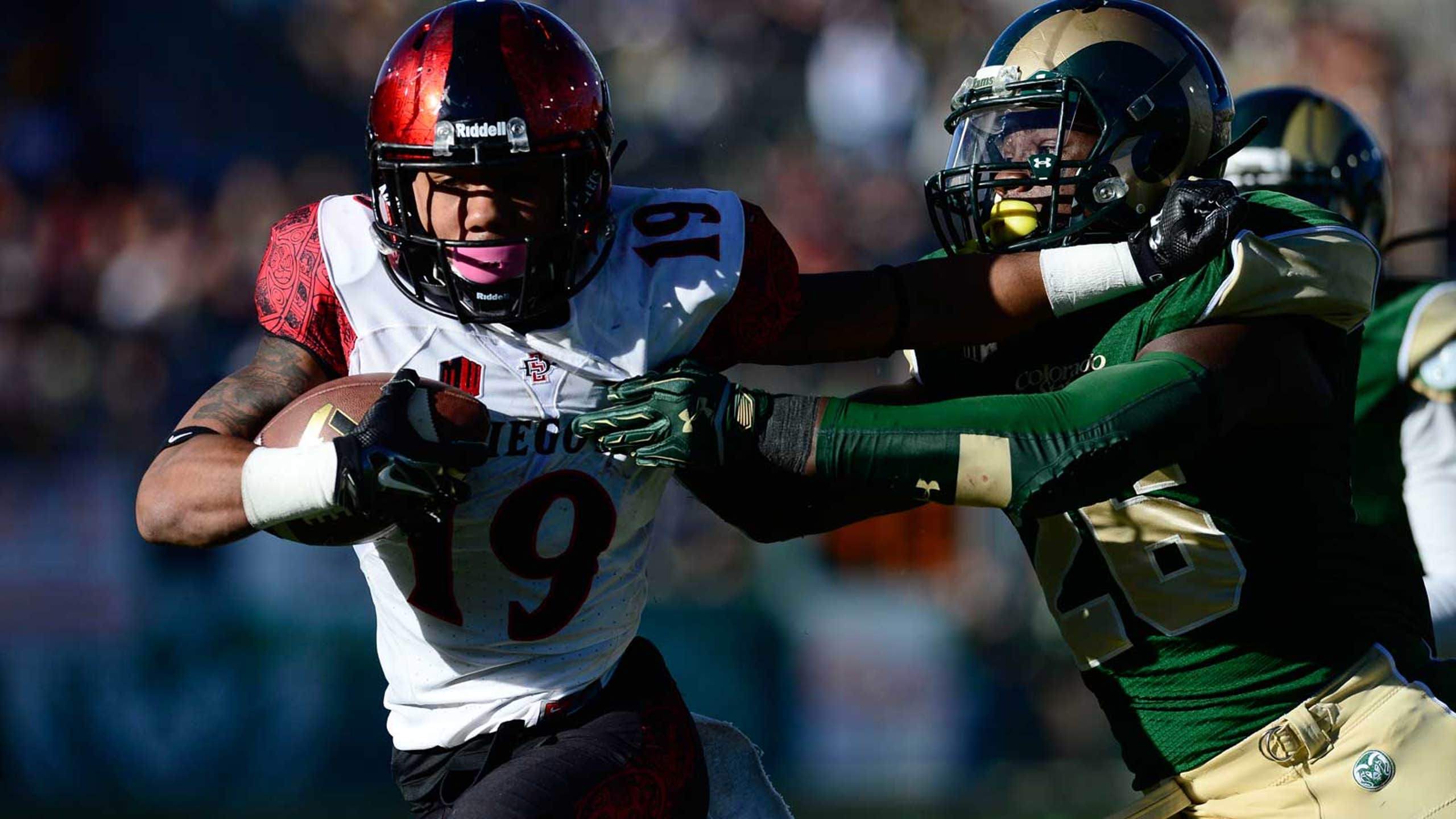 previous story
Heat stall in 1st half, dominate in 2nd to blow out Rockets
next story
Bucks fall to 0-3 with loss to Raptors 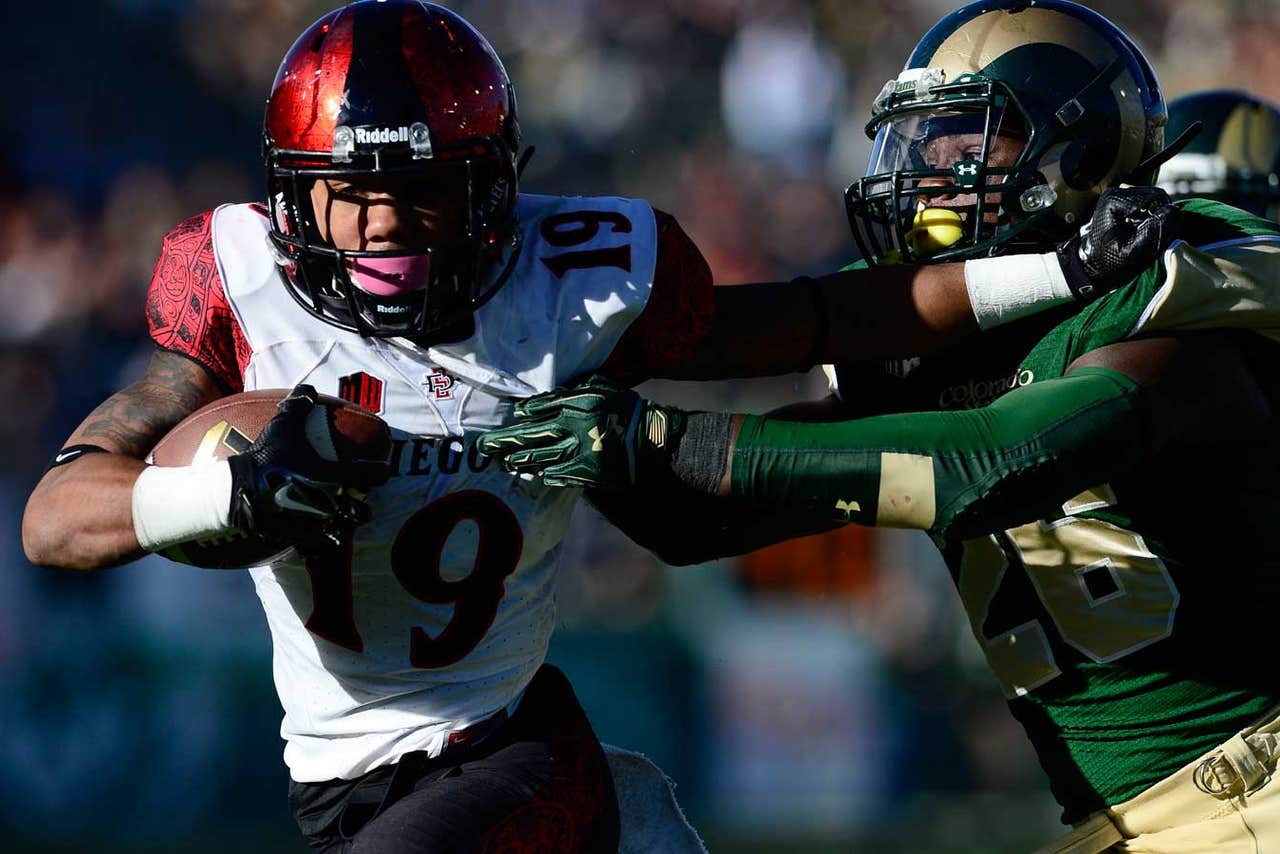 FORT COLLINS, Colo. (AP) -- Donnel Pumphrey rushed for two touchdowns and caught a third as San Diego State ran its winning streak to five games with a 41-17 victory over Colorado State on Saturday.

Pumphrey rushed for 121 yards on 20 carries, breaking 100 yards for the fifth straight game, and surpassing 1,000 yards for the season. He scored from the 1 in the first quarter, and added a 64-yard run in the final quarter.

The Rams tied it when Nick Stevens found Rashad Higgins from the 35, and went ahead 10-7 on Wyatt Bryan's 44-yard field goal.