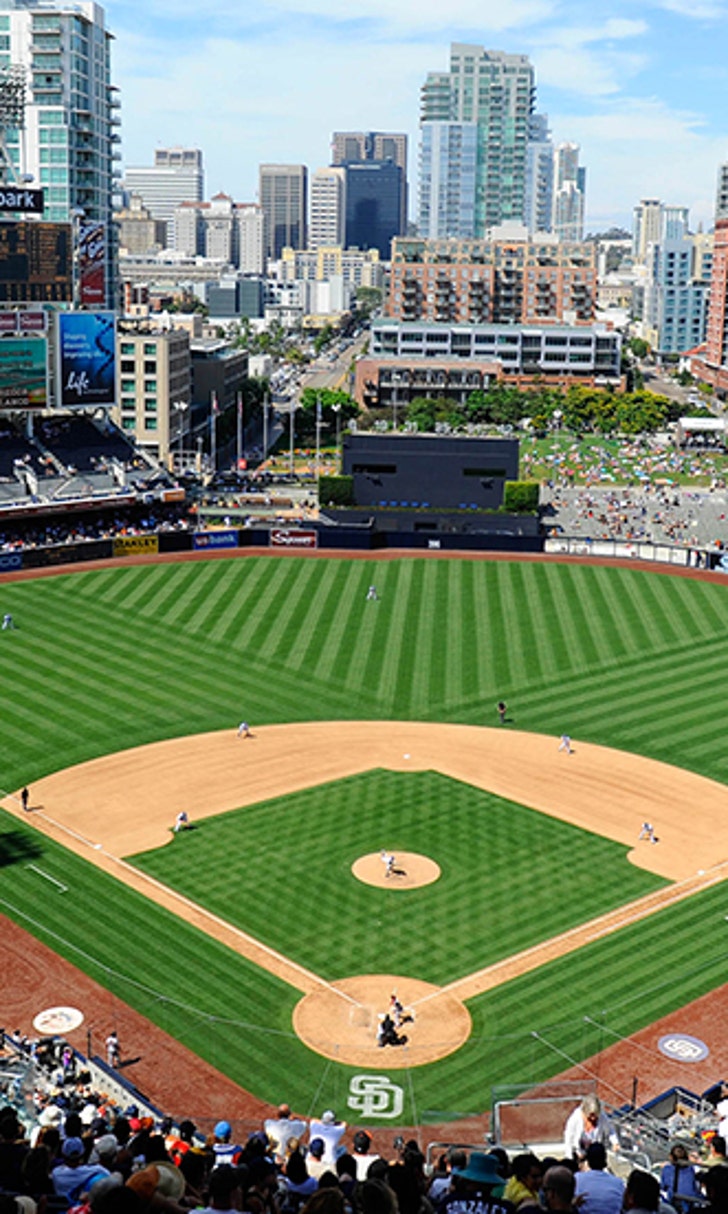 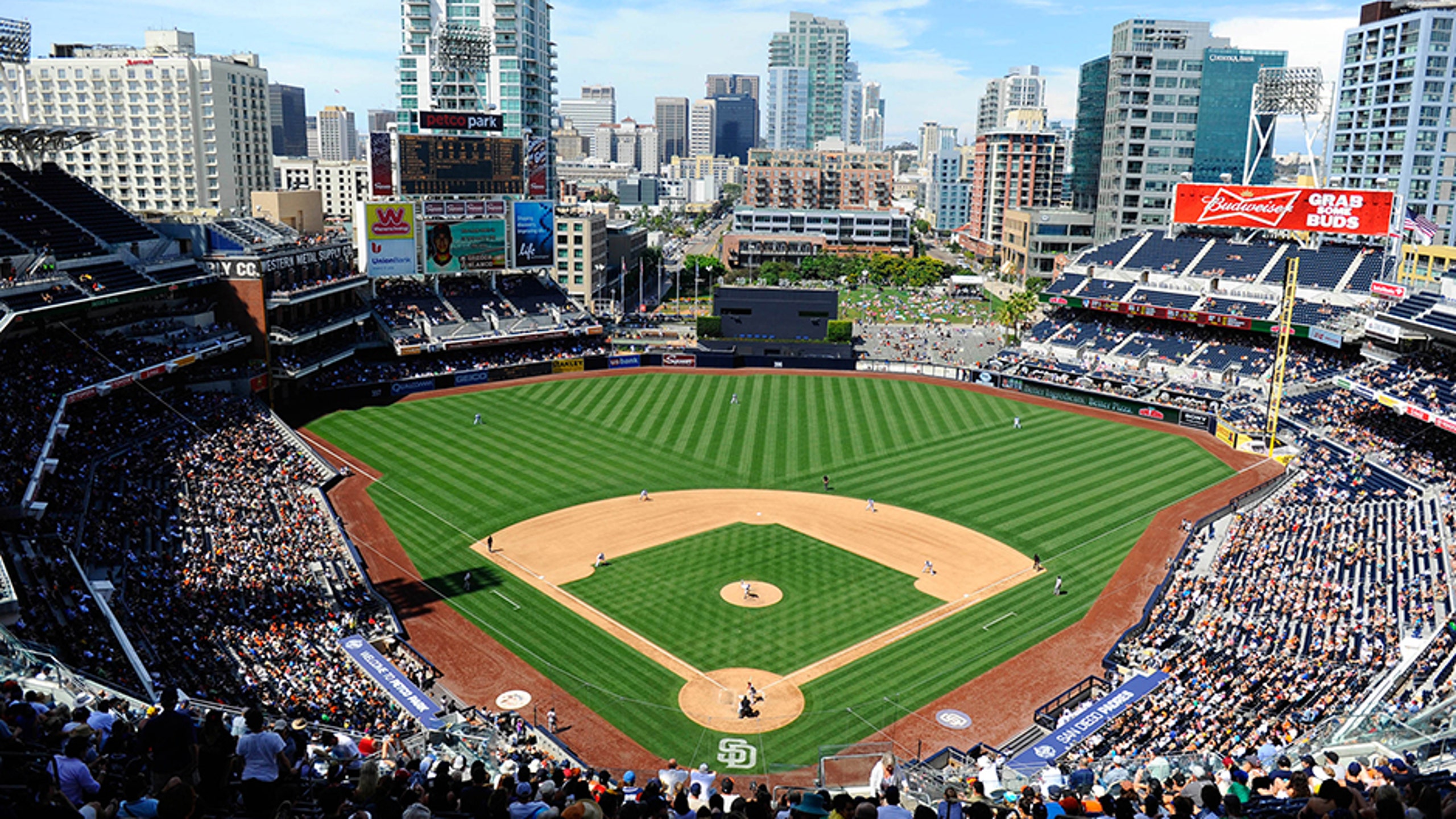 SAN DIEGO -- The San Diego Padres today announced details surrounding 2016 Padres FanFest presented by T-Mobile. Padres FanFest will take place over the course of two days this year -- Friday, April 1 and Saturday, April 2, in conjunction with two exhibition games against the Chicago White Sox at Petco Park. FanFest activities will be located in the Park at the Park, Power Alley and inside the Park Boulevard Gate, all areas that will be accessible to the public free of charge (no ticket or pre-registration necessary). General admission tickets to the exhibition games are free for all Padres Season Ticket Members (one ticket for every seat on their Membership account) and $10 for the general public. Tickets for the exhibition games are now on sale at www.padres.com and at the Padres Advance Ticket Windows at Petco Park. Members can access their tickets in their My Tickets account through Compadres Fan Rewards.

On Friday, April 1, gates to the Park at the Park (Gaslamp Gate on 7th Ave. and East Village Gate on 10th Ave.) will open at 4:30 p.m, for FanFest activities, with the seating bowl opening at 6:00 p.m. and the Home Plate Gate opening to fans with game tickets at the same time. First pitch for the Padres vs. White Sox will be at 7:00 p.m.

On Saturday, Park at the Park gates open to the general public at 10:00 a.m. Padres Members receive exclusive early access beginning at 9:00 a.m. The seating bowl and Home Plate Gate will open at noon. First pitch for the exhibition game against the White Sox is slated for 1:00 p.m. Following Saturday's game, fans will be invited on the field for the opportunity to run the bases.

2016 Padres FanFest presented by T-Mobile will be the first opportunity for fans to preview this season's ballpark updates, including Musco's Sportscluster LED ballpark lighting and the new two-level group and social space in right field: The Pier and the Sun Diego Beach. Free parking will be available to Padres Members only in Padres-owned lots around the ballpark on a first-come, first-served basis and are expected to fill quickly. Members will be notified when they can claim their free parking passes on their My Tickets account through Compadres Fan Rewards. General fan parking is $15 in Padres-owned lots and available on a first-come, first-served basis. Guests should plan to utilize public transportation or park in paid lots near the ballpark.

Park at the Park will be fully activated each day, featuring activities for the whole family. On Friday, fans can expect a preview of this season's Friday night Party in the Park presented by Southwest Airlines events, including entertainment provided by a DJ, as well as food and drink specials. Saturday will feature entertainment provided by a live band, as well as a preview of this season's Sunday KidsFest events, including bounce houses, games, obstacle courses and face painting. The interactive "For those who Serve" Military and First Responder Zone will be open Saturday.

On both days, the wiffle ball field at Park at the Park will feature live games and clinics open to kids 14 and under, put on by the Padres Baseball Camps staff to promote the new Padres Baseball Camp program. Registration will be available on both days for the week-long summer baseball camps offered at various locations across San Diego County. For more information visit padres.com/playball.

Also returning to FanFest in 2016, the Padres Foundation will host its annual Garage Sale inside the Park Blvd. gate on both Friday and Saturday. Fans will have the opportunity to purchase rare, one-of-a-kind Padres items, including game-used jerseys and batting helmets, with proceeds going to the Padres Foundation. The Garage Sale will be open to all fans, including those without tickets to the exhibition games. The Padres Foundation prize wheel will return at 2016 FanFest. For a suggested $5 donation, fans can spin the wheel and receive a Padres-themed prize, with proceeds benefitting the Foundation's community programs.

Fans are encouraged to visit the Padres Social Lounge, which will once again be located in left field on the set of Padres Social Hour at the AMR Studio in the Padres Team Store, and will feature a selfie station and giveaways.

Various Padres players, coaches and alumni will sign autographs at Park at the Park between 5:00 p.m. and 6:30 p.m. on Friday and 10:00 a.m. and 12:30 p.m. on Saturday. Autographs will be available on a first-come, first-served basis to fans who wait in line, and are not guaranteed.

In addition to participating in autograph sessions, fans will be able to watch batting practice both days, with the opportunity to win prizes for those who catch specially-marked BP balls. The outfield grandstand seats will be open for batting practice with access via Park at the Park. The grandstands will close for the exhibition games.

Standard Petco Park security and screening procedures will be in place for Padres FanFest. Re-entry will be permitted for FanFest events, but fans who exit will be screened again upon re-entry into the ballpark.