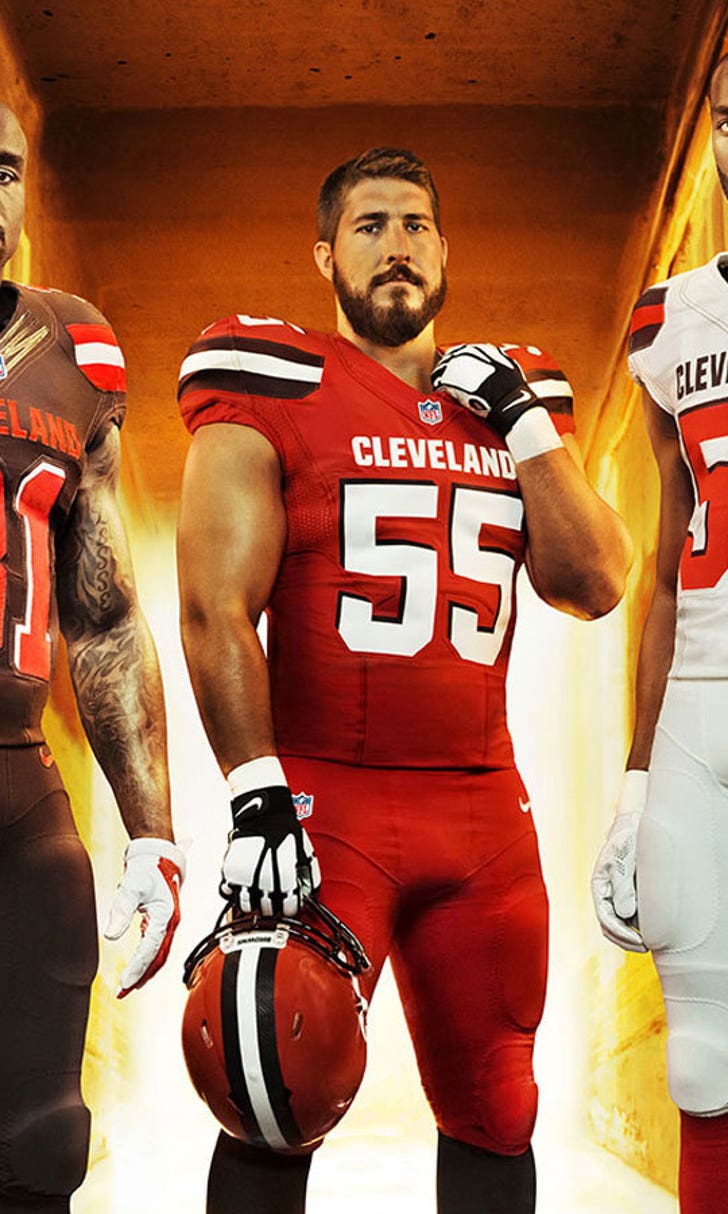 New-look Browns: Team hopes to change in more ways than one 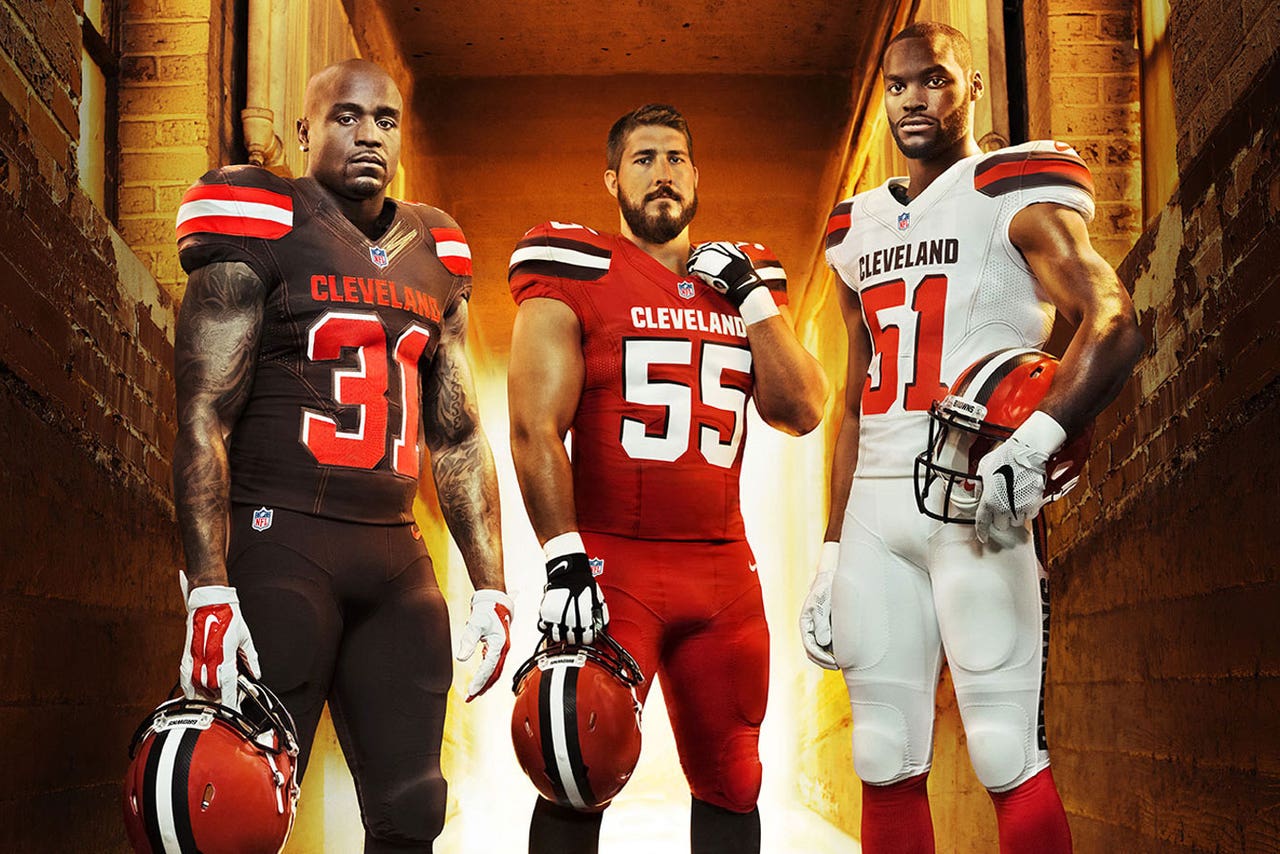 The Browns last won an NFL Championship in 1964 wearing very basic brown, white uniforms with plain orange helmets. Browns fans have shown that winning will solve any fashion statement, but for now the Browns are modernizing their look.

The long awaited wait for the official unveiling of the Browns new uniforms is over and the players are excited about their new look.

"I went to LSU, which is traditional," Barkevious Mingo said. "But the changes they made you see the tradition in the jerseys, but it's new and different and sometimes different is sometimes good.

Team president Alec Scheiner said the process took two years and the team walked a fine line to try and make sure they found the perfect balance.

"The fans will tell us," Scheiner said. "We know that. We've learned that for the good or for the bad. We're hopeful but for the most part the fans dictated what these uniforms looks like.

"We wanted and it was important to have a link to our tradition and I think we did that."

Karlos Dansby is impressed with the new look.

"I got a warm welcome from the Dawg Pound," he said. "Events like this are exciting and I'm excited to see all the (uniform) combinations."

Second-year linebacker Chris Kirksey was caught up in the excitement.

"Our fans our great," Kirksey said. "You can see how much energy our fans have."

Kirksey said he and other players play better if they feel they look good.

"Some guys if you look good you play good and I'm a strong believer in that."

The Browns displayed their new looks at the Cleveland Convention Center having nine different combinations modeled by nine current players.

The unveiling was open to season ticket holders from 6 pm to 8 pm and was televised by new TV partner Newschannel 5.