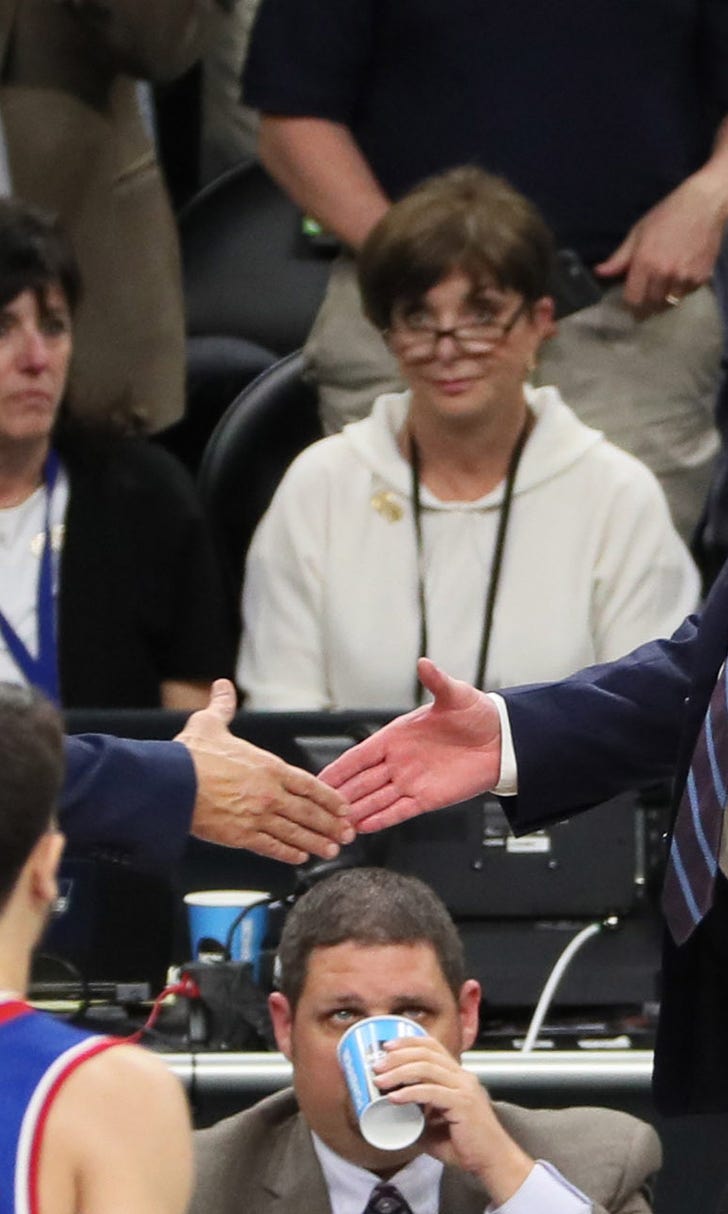 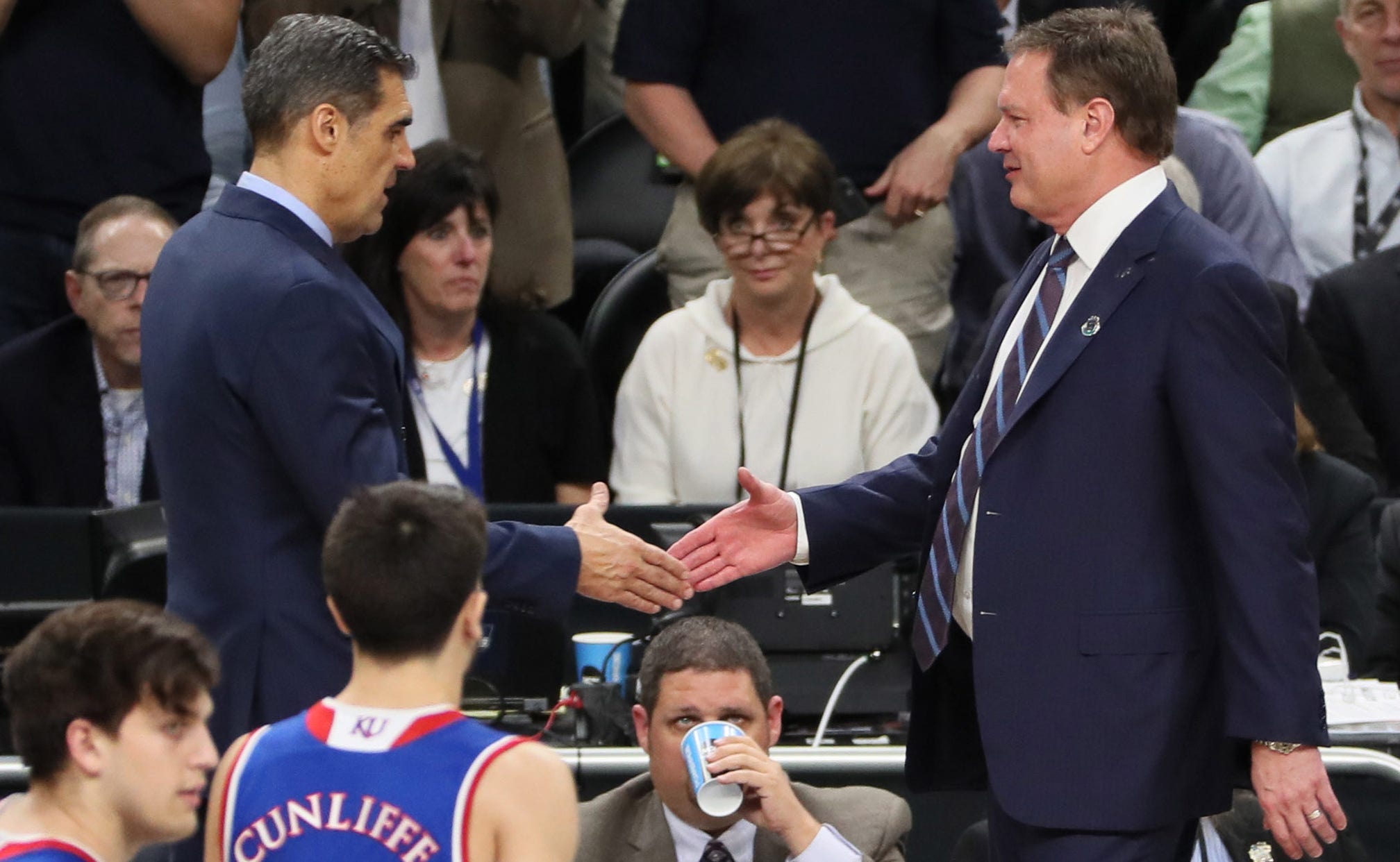 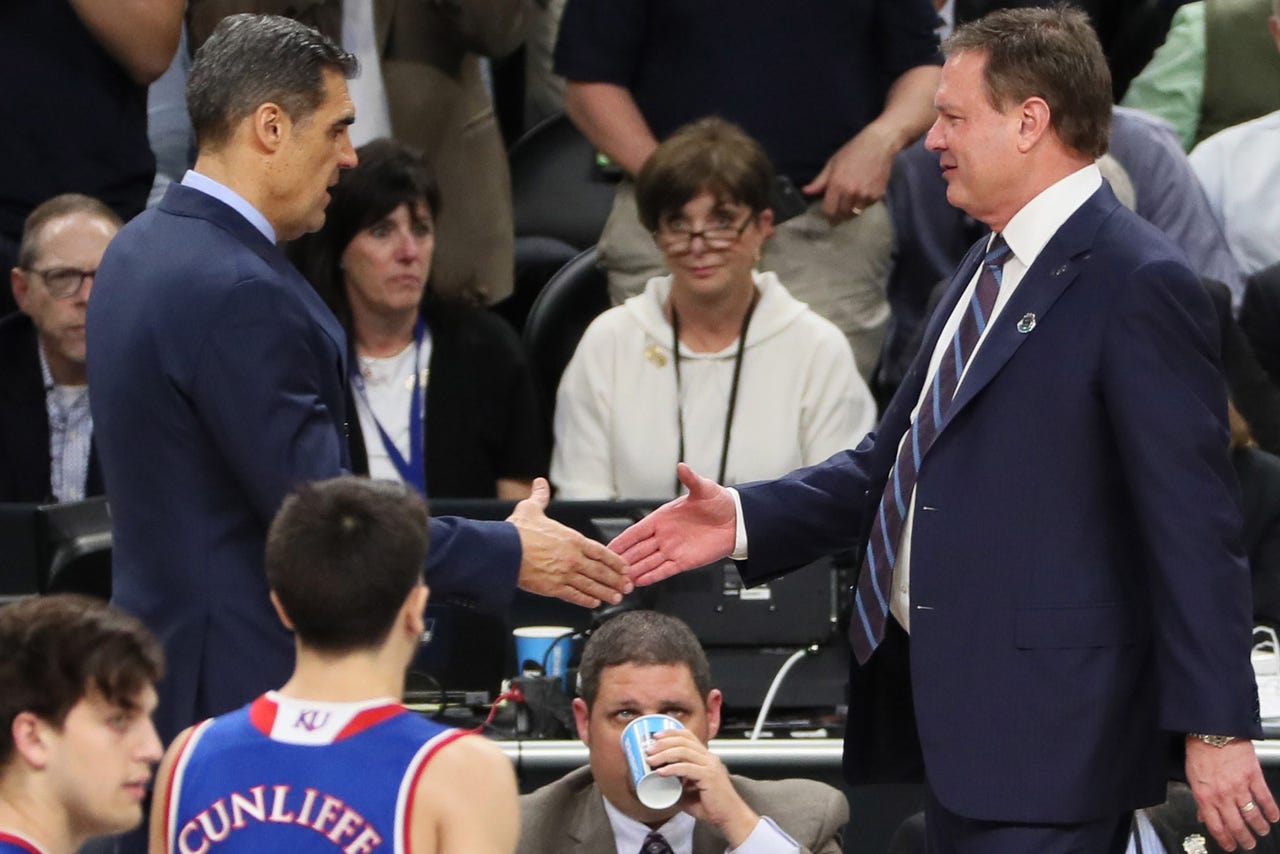 LAWRENCE, Kan. — Dedric Lawson was turning his attention from a harder-than-expected win over New Mexico State to studying for finals when he looked at his cellphone and saw Devonte' Graham's name pop up.

His old teammate, and now a member of the Charlotte Hornets, was calling with a pep talk.

"He saw we were struggling against New Mexico State," Lawson recalled, "and he said, 'Don't even worry about that. You just win on Saturday for me.'"

That's when top-ranked Kansas gets its rematch with Villanova.

It was the Wildcats who knocked the Jayhawks out of the Final Four last season, ending Graham's college career with a wire-to-wire drubbing at the Alamodome in San Antonio. Villanova would proceed to rout Michigan to win coach Jay Wright's second national championship in the past three years.

"Games like this are why you come to Kansas," said Lawson, who transferred along with his brother K.J. from Memphis. "They don't have the same caliber players as last year, but it's still Villanova."

There are indeed plenty of differences in the rematch.

For starters, the game will be played in the quaintly raucous confines of Allen Fieldhouse rather than a cavernous, neutral-site dome. The morning tipoff means daylight will be flooding the court from the windows in each end zone, rather than artificial lighting suspended high over the court.

"Believe it or not, we enjoy it," Wright said of the intimidating environment. "We talk about this all the time. We love going on the road, being together. Just us. It makes it simple."

The game eventually could affect NCAA Tournament seeding, and it matters where bragging rights are concerned, but otherwise it means very little in the grand scheme of things.

Other than to guys such as Graham, who are still smarting from their defeat in April.

"You've got to take it personal," said Kansas forward Mitch Lightfoot, who played in that national semifinal game, "but you also have to understand it's a game. You have to prepare the same way."

The personnel stepping onto James Naismith court also will be wildly different.

Graham was joined by teammates Svi Mykhailiuk and Malik Newman in the professional ranks, while a quartet of Wildcats were taken in the NBA draft. Mikal Bridges, Donte DiVincenzo and Omari Spellman went in the first round, while Jalen Brunson was selected early in the second.

But there are also plenty of holdovers, too.

The No. 17 Wildcats are still led by Eric Paschall, who was 10 of 11 from the field and scored a game-high 24 points against the Jayhawks. Phil Booth, Collin Gillespie and Dhamir Cosby-Roundtree give Wright four of five starters who took the floor in San Antonio.

Lightfoot and guards Lagerald Vick and Marcus Garrett are the only Jayhawks who played meaningful minutes in the game. Big man Udoka Azubuike remains sidelined by a sprained ankle, while the bulk of the scoring for Kansas in that 95-79 loss has been replaced this year by transfers and freshmen.

"There are some similarities in that they lost so much, but they still return two very, very key starters, and you could say the same about us," Jayhawks coach Bill Self said. "It is two different teams and they are going to be terrific before it is all said and done, and hopefully, we will continue to get better and work our way toward that as well. But it should be a fun atmosphere."

The Jayhawks (8-0) have lived up to expectations as the preseason No. 1, even though they only recently returned there after losses by Duke and Gonzaga. They beat Michigan State on a neutral floor in Indianapolis, and beat Marquette and Tennessee to win the NIT Season Tip-Off in New York.

But they've also survived some nail-biters, including an overtime win over the Vols and another over Stanford at Allen Fieldhouse in a game they trailed much of the way.

The Wildcats (8-3) have taken some lumps, getting blown out by Michigan before an overtime loss to Furman in November. They also lost a Big 5 game to Penn on Tuesday night at the Palestra.

Not that anything that happened earlier this season should have an impact on what happens Saturday.

Or anything that happened in April, for that matter.

Self said he had watched "bits and pieces" of his team's Final Four loss, that he "tinkered with it and watched it until I got sick and then put it away." But he finally watched it from start to finish Thursday morning, when Self dug his teeth into serious game-day preparations.

"It will be a good atmosphere," Self said. "Best one we have played in front of this year."