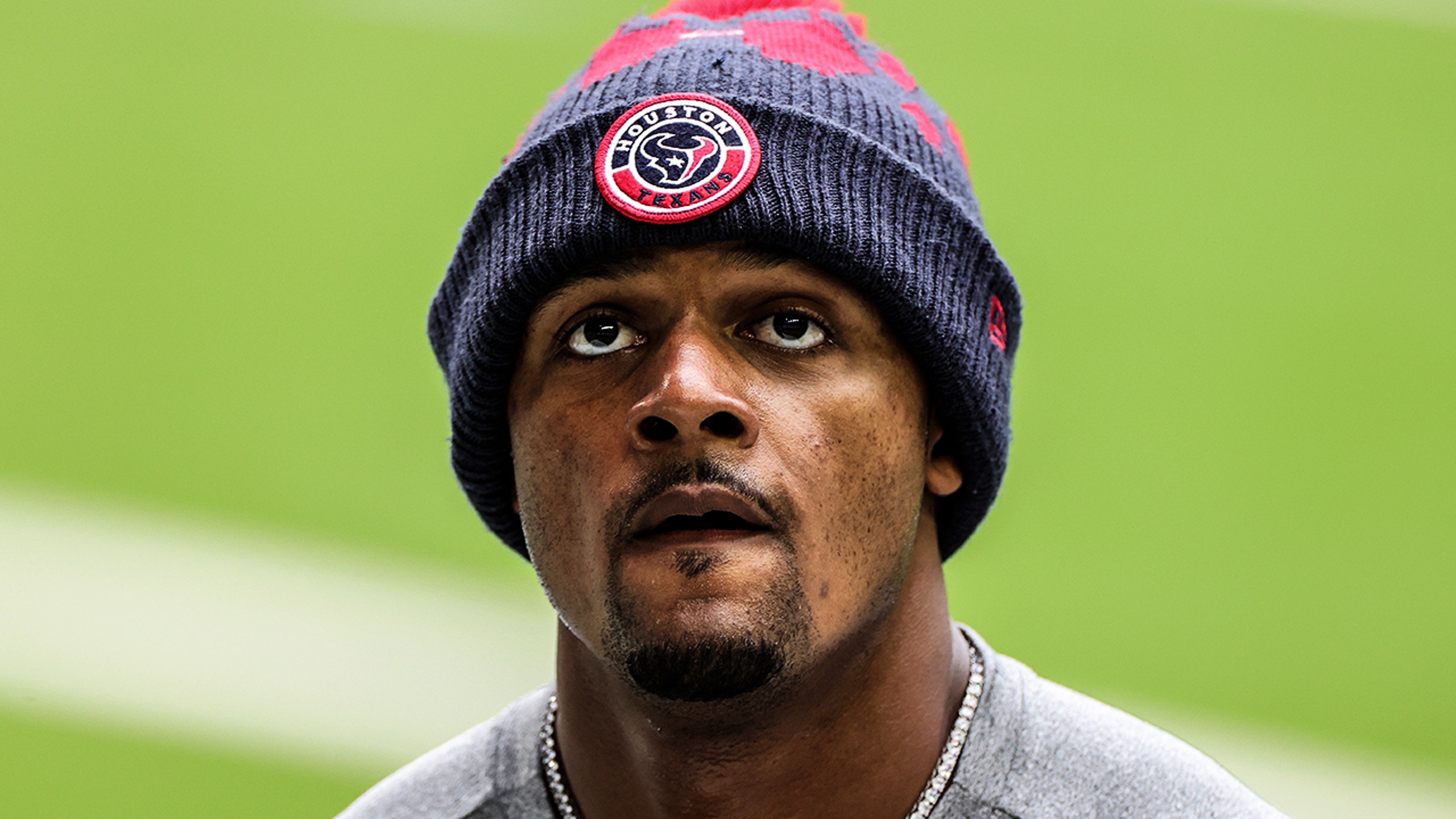 It was, in fact, official a few weeks ago: Deshaun Watson wants out of Houston.

While rumors that Watson was finished with the Texans have circulated for weeks, the levy broke Wednesday night, when Houston hired Baltimore Ravens assistant David Culley, and reports were that the hire did nothing to sway the franchise quarterback.

Now the conversation has shifted: If Watson is to be shipped out of Houston, where should he go?

The saga is made even more interesting by the fact that Watson has a no-trade clause, meaning that if Houston attempts to trade him to an undesirable destination, Watson can decline.

At the same time, Houston has some leverage of its own in the form of the dolla-dolla-bill.

What happens next in H-Town could be league-shifting, and on Thursday, Colin Cowherd laid out what he believes to be Watson's top eight options, should he push his way out of Houston once and for all.

Colin's take: "The Jets have nothing I would want. I want a dependable head coach, front-office stability and weapons. Jets don't have any of it. But of all the teams, this works best ... They could give the Texans Sam Darnold and the No. 2 pick ... The Jets makes the most sense by a mile, and I think Deshaun would make it work."

QB outlook: The Jets have the No. 2 pick in the 2021 NFL Draft, which means the franchise has a decision to make: Stick with Sam Darnold or draft his replacement. FOX Sports' Jason McIntyre has New York taking BYU's Zach Wilson in his latest Mock Draft, but new Jets coach Robert Saleh has championed Darnold since taking over in New York. Last season, Darnold completed only 59.6% of his passes, finishing with 2,208 yards, nine touchdowns and 11 interceptions in 12 games.

Colin's take: "I really like their coach, and they've got some nice weapons, but they're in a total rebuild. You're gonna be in shootouts almost every week ... and we don't know if Matt Rhule is great yet. I think he is, but I don't know he is."

QB outlook: Carolina went and grabbed Teddy Bridgewater out of New Orleans after he carried the Saints to a 5-0 record when Drew Brees got hurt in the middle of the 2019 season. Bridgewater started 15 games for the Panthers, but he won only four of them, and despite completing 69.1% of his passes, he threw 15 touchdowns with 11 interceptions. It didn't help that superstar running back Christian McCaffrey missed 13 games because of a shoulder injury.

Colin's take: "Love their defense. Love the city. But the GM and the coach are on the hot seat. They could both be gone by Thanksgiving. I don't like that instability."

QB outlook: The Bears couldn't figure out their QB room this season. They traded for Nick Foles last offseason, started Mitch Trubisky for three games, replaced him with Foles in Weeks 4 through 10 and then reinserted Trubisky into the starting spot from Week 12 through the end of the season. Trubisky was 6-4 in his 10 starts (including the postseason), and Foles was 2-5. The Bears made the playoffs, but they will need stability under center if they hope to make a big leap this season.

QB outlook: The Broncos drafted Drew Lock in the second round of the 2019 NFL Draft, and he has started 18 games in two seasons. After winning four of five starts in his rookie season, Lock was less than spectacular this past season. He posted a 4-9 record as the starter, completing 57.3% of his passes and tossing one more touchdown than interception (16-15).

Colin's take: "Don't love the owner, a lot of dysfunction. You get a great defense ... and you get a grown-up, an adult – Ron Rivera's got a long contract, so he's gonna be there a while. That gives me coaching stability."

QB outlook: It was a tumultuous year for the WFT quarterback room, with four guys – Alex Smith (6), Dwayne Haskins (6), Kyle Allen (4) and Taylor Heinicke (1) – starting games. Smith inspired by coming back from a gruesome leg injury and subsequent health issues, but he isn't confirmed as the quarterback of the future. Haskins – thought to be the long-term QB – was released near the end of the season after he violated the league's COVID-19 protocols on several occasions.

Colin's take: "Best football coach ever, above-average defense, offensive line talent is not bad at all, but they have no weapons, and that division is getting better."

QB outlook: Who would have thought that New England, of all franchises, would have instability at quarterback? After Tom Brady left for Tampa Bay last offseason, the Patriots brought in Cam Newton to fill the void, and things were up and down, to say the least. Newton made 15 starts and won seven of them, completing 65.8% of his passes but throwing only eight touchdowns, compared to 10 interceptions. He did most of his damage on the ground, rushing for 592 yards and 12 touchdowns. According to reports, Newton's time in New England might be up.

Colin's take: "I get a really good defense and a really good coach, but they are rebuilding their offensive line ... [and] I don't love their ownership group."

QB outlook: After one season with No. 5 pick Tua Tagovailoa at the helm, there are still questions as to what's next under center for Miami. Tagovailoa took over the starting job from Ryan Fitzpatrick in Week 8 and won four of his first five starts. However, he was relegated to a backup role in Week 13 before he took over the starting job again for the final four weeks, going 2-2. Tua threw 11 touchdowns and five interceptions while completing 64.1% of his passes as a rookie. After the season, there appeared to be doubts within the organization as to whether Tagovailoa is the long-term answer for Miami, which owns the third pick in the 2021 NFL Draft.

Colin's take: "No. 1 would be San Francisco by a mile. They are, without Deshaun Watson, a top-five Super Bowl favorite next year. They just had bad injuries ... They are stacked, and they're not real happy with Jimmy Garoppolo."

QB outlook: Just a year ago, the Niners entered the fourth quarter of Super Bowl LIV with a 20-10 lead over Kansas City. Then Patrick Mahomes decided not to let the Chiefs lose, throwing two touchdowns in the final frame. Still, hopes were high for Jimmy Garoppolo, who was 19-5 as a regular-season starter and led the franchise to the Super Bowl in his first 16-game campaign. However, S.F. digressed in 2020. Jimmy G missed 10 games because of an ankle injury, and the Niners missed the playoffs. Now, concerns regarding Garoppolo's health continue, considering that he has missed 23 games the past three seasons.