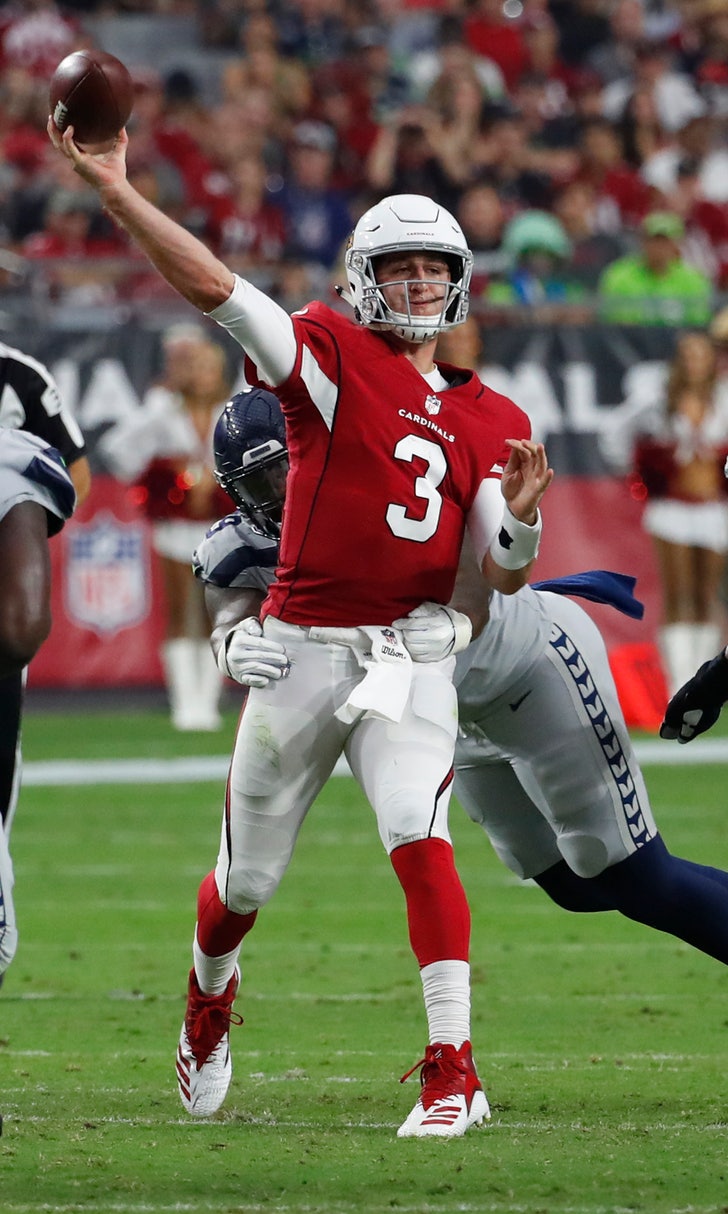 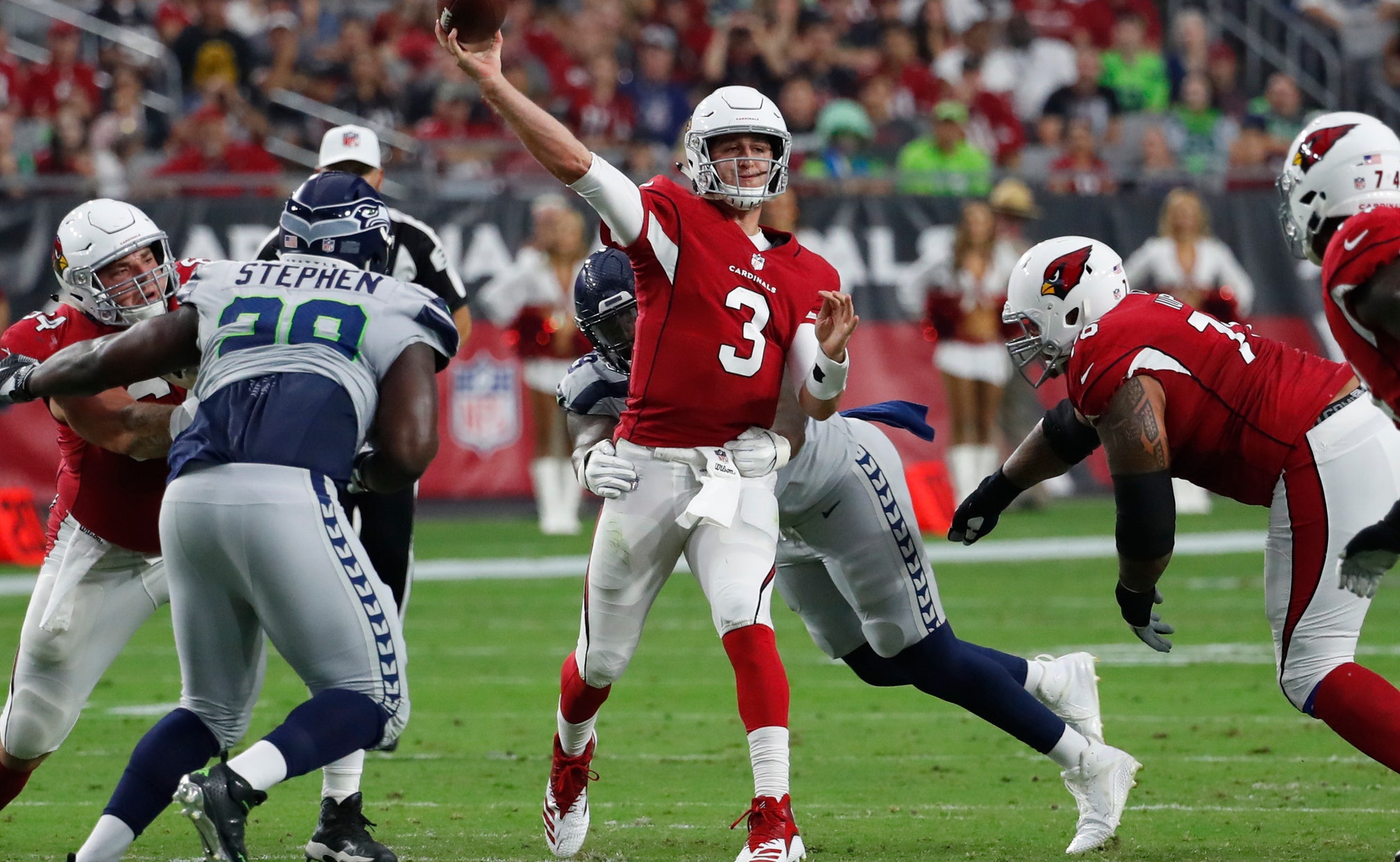 Shanahan studied Rosen a lot more closely this week after the rookie made his first career start in the NFL. Now he has to face him when the Arizona Cardinals (0-4) visit the 49ers (1-3). Shanahan came away impressed, even though Rosen threw for only 180 yards and one touchdown in a 20-17 loss to Seattle.

"He's a very good thrower. He made some very good throws in that game," Shanahan said. "They definitely, I believe, should have won that game. They had two big ones that were dropped, I think two touchdowns. It was impressive. So, as similar to college, we know we're going against a good player. He definitely helps them."

Arizona needs plenty of help as the NFL's only winless team. The Cardinals have lost their first four games for the first time since 1986 — two years before they moved from St. Louis to the desert.

The lack of early success hasn't shaken the confidence Rosen gained in college at UCLA when he played well enough to become the 10th overall pick in this year's draft.

"I'm a very confident person," he said. "Even if I have no reason to, I'll find a way to fool myself into going out there with full confidence that we're going to win every single game we play. Every time I step on the field, I expect to throw a touchdown or hand off a touchdown or lead the team to the end zone in some way. In my head, if I don't, it's a surprise and something's wrong and we've got to fix it so that we do next time."

Niners QB C.J. Beathard took a beating once again last week in his first start after Garoppolo went down with a season-ending injury. Beathard was sacked once and took nine hits in a loss at the Chargers behind a makeshift offensive line hurt by knee injuries to tackles Joe Staley and Mike McGlinchey. Center Weston Richburg is also nursing a knee injury this week, leaving major questions for the 49ers. Beathard took 19 sacks and 57 hits in five-plus games as a rookie last year.

"He played in a number of games last year where the O-Line was pretty beat up. That happened to him a couple days ago, also," Shanahan said. "I think he's gotten better knowing where people are, faster with it. That happens the more you play in a system."

Niners second-year TE George Kittle is emerging as a reliable target. He ranks third among all tight ends with 316 yards receiving this season after catching six passes for 125 yards, including an 82-yard TD last week. His 316 yards this year are more than he had in any of his four college seasons at Iowa, where he was teammates with Beathard.

Arizona kicker Phil Dawson will become the 11th player in NFL history to appear in 300 games. But that wasn't what was on his mind all week as he pondered the missed 45-yard field goal that may have cost the team a victory against Seattle.

He tried to diffuse the situation a bit with humor, walking around the locker room.

"I went around today and said, 'You want to be encouraged?'" Dawson said. "They said 'Yeah' and I said, 'You could be me this week.'"

It did produce a few smiles.

"But obviously I'm suffering each and every moment," Dawson said.

Shanahan is quite familiar with Arizona's style of defense, having gone against Cardinals coach Steve Wilks when Wilks was an assistant in Carolina for many years. Shanahan faced the Panthers six times over the past four seasons, including in his first game as 49ers coach a year ago.

"It's a very aggressive scheme" Shanahan said "It's always been one of the tougher ones to go against."

Seahawks Exact Revenge on Cardinals
Seattle is back atop the NFC West after a big division win over the Cardinals on Thursday Night Football.
3 days ago

Kyler Murray: The Fun, Carefree Superstar
The Arizona Cardinals have a ton of momentum and a young, electrifying QB who is making it look easy, Martin Rogers writes.
5 days ago

Objects Closer Than They Appear
The NFC West is easily the best race in football. The Cardinals and Seahawks will look for separation in a Thursday night showdown.
5 days ago