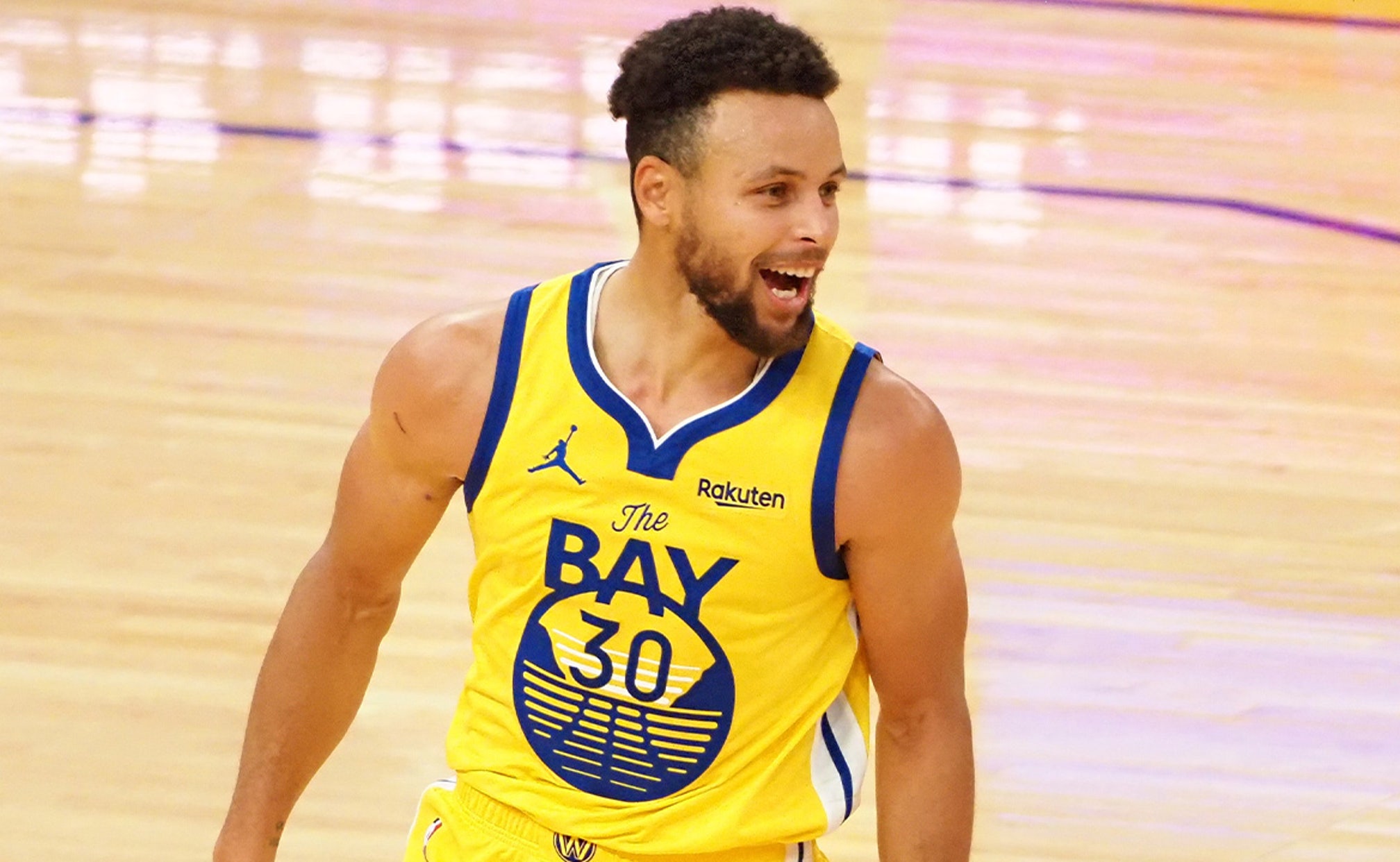 Stephen Curry ran down the court with his arms spread wide as though he were an airplane, as his teammates jumped up and down.

Curry had just made a 27-foot 3-pointer with 42.2 seconds left to finish with a career-high 62 points in the Golden State Warriors' 137-122 win over the Portland Trail Blazers on Sunday, eclipsing his previous record of 54 points set in 2013.

After losing three of their six games this season by at least 25 points, it was the type of joyous, inspired performance the Warriors needed to send the league an emphatic reminder.

Even though Klay Thompson (ruptured right Achilles tendon) is out, and even though the Warriors had the worst record in the league last season (15-50), this is still the team that won three championships in five seasons.

This is still the team that has a two-time MVP.

This is still the team that has the best shooter in the NBA.

The Warriors desperately needed this. And their celebration was infused with fun and humor.

During Curry's postgame television interview, Damion Lee snuck up behind him and poured a bottle of water over his head. Curry laughed and let out a high-pitched shriek.

Then in the locker room, Warriors coach Steve Kerr jokingly pretended to give the game ball to James Wiseman, a 19-year-old rookie who finished with his first career double-double (12 points and 11 rebounds), before handing the ball to its rightful recipient.

"I was over there cheering," Curry said, smiling. "I thought he was really going to give it to him."

Not on this night.

Curry had 21 points on 7-for-11 shooting in the first quarter. By halftime, he had 31 points on 10-for-18 shooting, while none of his teammates had scored more than six points. He had 45 points after three quarters. Then he scored another 17 in the fourth quarter, finishing with 18-for-31 shooting from the field, including making eight three-pointers and 18 of his 19 free throws.

Draymond Green, who has played alongside Curry for nine seasons, recognized what was happening after the first possession.

"Steph has a tendency at times to kind of f--- around with the basketball," Green said. "There was no f---ing around. Everything was either shot or attack. And me, I watched the guy's eyes – he never looked to pass once at the beginning of the game."

It was just what the Warriors needed.

It awakened the dog in Green, who was stagnant, lackluster and even quiet in Friday's 123-98 loss to the Trail Blazers, his first game of the season. This time around, he was animated and played lockdown defense, finishing with the highest plus-minus (+22) of the game.

And it inspired Wiseman's and Kelly Oubre's (17 points) best performance of the season.

"Everybody was just hyped," Wiseman said. "It was just crazy to just witness that. That was exciting."

The Warriors were a different team Sunday.

So far this season, their defense had been off. Their offense had been scattered. They were being written off before their season even began.

Curry used it all as motivation.

"You know the Jordan meme, right?" Curry said, referring to a still image of Michael Jordan from The Last Dance documentary series explaining how he used perceived slights as motivation. "I take all of that personally."

Curry, who is the oldest Warrior on the roster at 32, is known for his calm demeanor. He's light-hearted and silly. His wife, Ayesha, shared a photo of them sharing an over-the-top kiss on New Year's Eve as his sister exclaimed "Ew" in disgust.

But underneath it all, Curry has been seething.

"Because he doesn't say anything, people take it that he's not the competitor that he is," Green said.

Curry made the Trail Blazers deeply pay for that mistake.

He became the first player to score 30 points in each half since Kobe Bryant had 62 points against the Dallas Mavericks in 2005.

And he did it in a nearly empty arena in San Francisco, without getting external motivation from 18,000 screaming fans.

"I heard coach talk about [how] all 42 people in the stands gave me a round of applause," Curry joked.

He wanted to prove the critics wrong, even though he never let them get inside his head. It's something he's been doing since he entered the league in 2009 as a player who had a silky shot but who was never expected to become a superstar.

"The great ones are always confident in who they are, no matter what's said," Curry said.

He pointed out that what he does is tougher than most jobs.

"If you think about most of the guys who are considered the best players in the league, they're physical freaks of nature," Kerr said. "LeBron [James], Giannis [Antetokounmpo], Anthony Davis – whoever you want to throw in that group. So Steph is 6'3", 180 pounds, whatever he is, so he has to carry the game with skill. He can't carry a game with his physicality and athleticism. That would be the only thing that I can think of that would make people criticize him.

"It's much harder to carry a team single-handedly by making 35-footers all day." 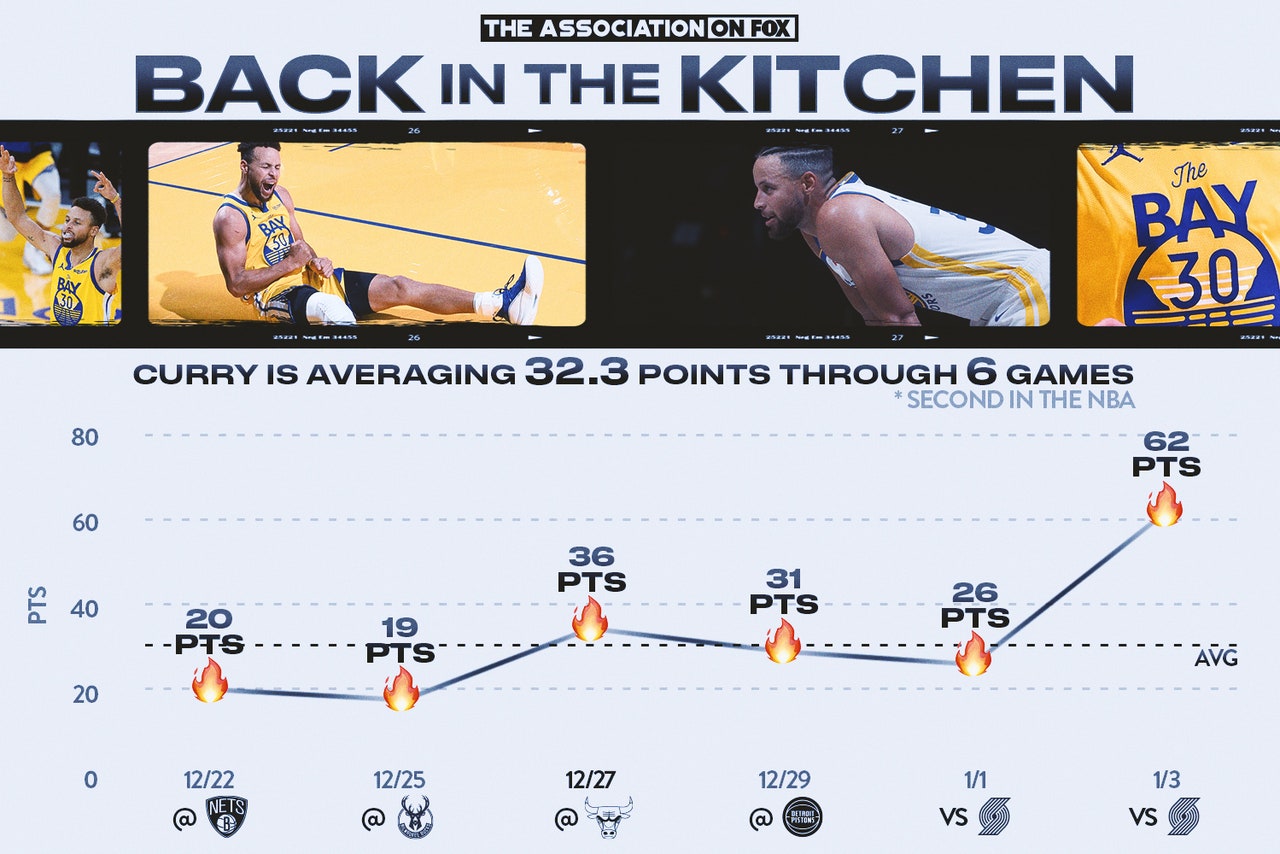 After Sunday's game, Curry knew exactly what he was going to do on his drive home.

He wanted to call Thompson, who was the last Warrior to score 60 points in a game against the Indiana Pacers in 2016.

"I've been chasing to get into that club since he did it," Curry said.

For Curry, it was a performance that was a long time coming.

Sure, he only played in five games last season because of a broken hand. And yes, the Warriors have seemed discombobulated so far.

But don't count them out.

Not as long as Curry is on the floor.