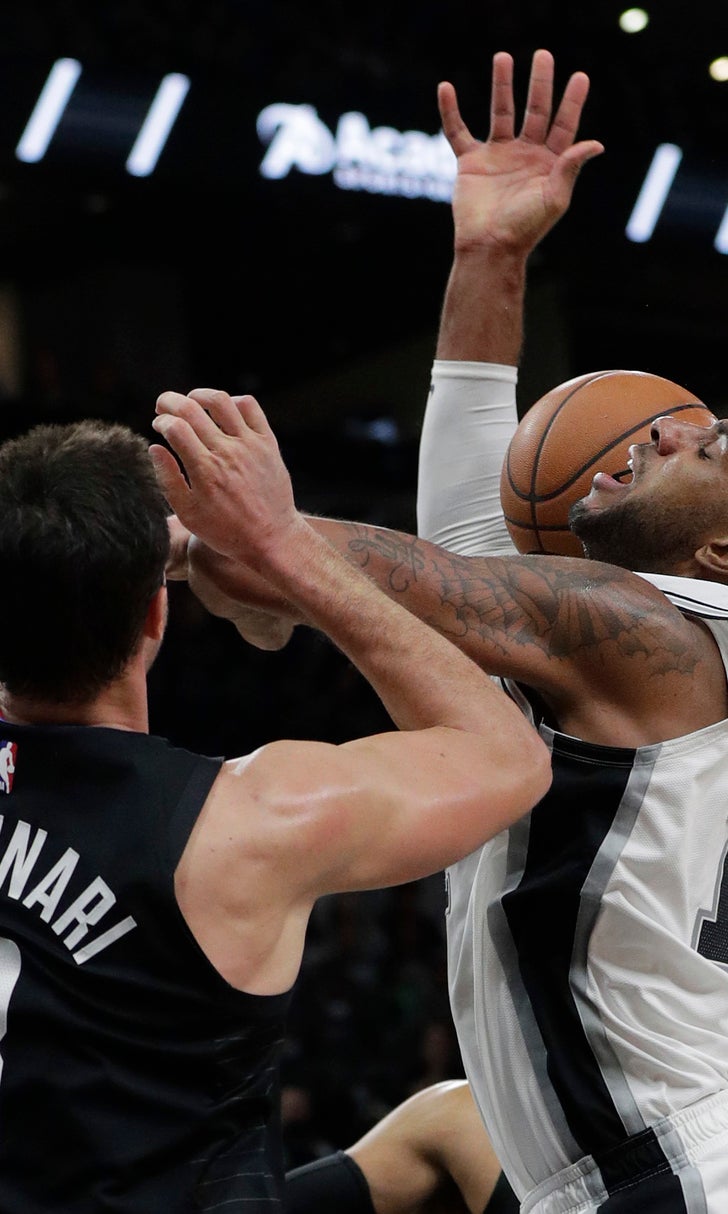 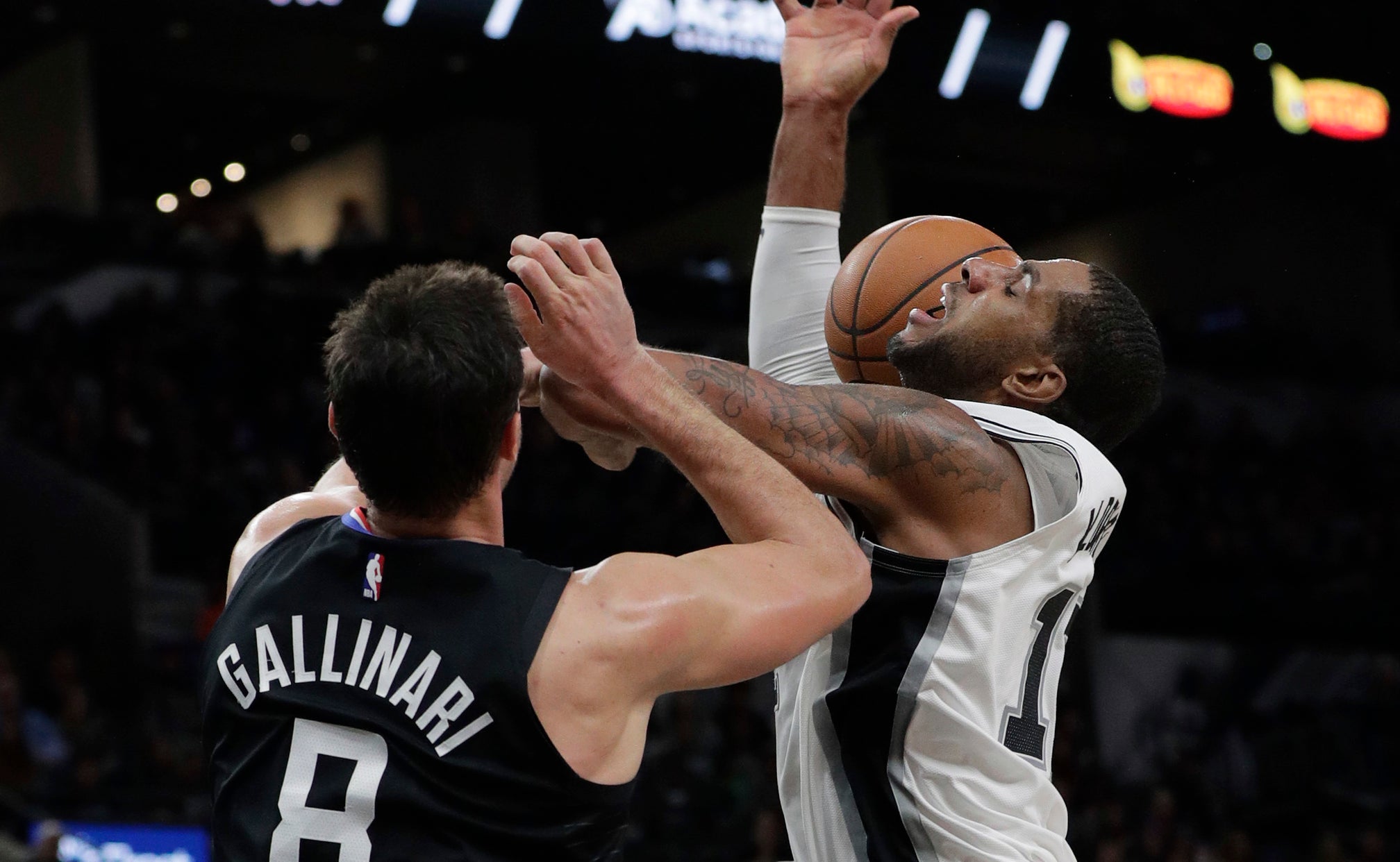 SAN ANTONIO (AP) — The Spurs appropriately returned to their defensive principles on an evening when San Antonio was celebrating "Throwback Night."

LaMarcus Aldridge scored 27 points and the Spurs won their fourth straight, topping the Los Angeles Clippers 125-87 on Thursday for their largest win of the season.

A franchise that won five championships behind a dominant defense under Gregg Popovich has been troubled by an inability to stop people this season. Two weeks ago, the Spurs lost by 30 points in three games after the franchise suffered only five such losses in Popovich's first 1,758 games.

San Antonio has since staged a revival, holding an opponent under 100 points for the third straight game while winning the first four games of a six-game homestand. With fans celebrating in giveaway T-shirts featuring the team's Fiesta colors, the Spurs feel like they have finally turned the corner defensively.

"Yeah, but we're still going to continue to get better defensively," DeMar DeRozan said. "Talking, communication, but for the most part we're just going out there having fun, playing with a lot of confidence."

Rudy Gay had 21 points and DeRozan added 14 as San Antonio handed Los Angeles its worst loss of the season.

"We're just playing basketball, making it easy on ourselves," Gay said. "We're moving the ball, helping each other on defense. That's what makes it fun, just playing the right way and being good teammates to each other."

The Spurs shot 59 percent from the field and had a 14-2 advantage on fast-break points. San Antonio shot 63 percent in the first quarter in taking a 38-27 lead that swelled as the game progressed.

Playing their third game in four nights and without Lou Williams and Luc Mbah a Moute, the Clippers' only lead came in the opening 2 1/2 minutes of the game.

"I turned to one of the coaches and said, 'Even if we're making shots, we lose tonight because they're just shooting the ball so well,' " Clippers coach Doc Rivers said. "I didn't think we were into them enough. I thought they were very comfortable."

San Antonio held Los Angeles to 20 points in the third quarter, extending its lead to 24 points and enabling Popovich to rest his starters in the fourth.

"In any stat, in any part of the floor, they were just better than us tonight," Gallinari said.

Clippers: Harris was cut across the bridge of his nose when DeRozan swiped down in an attempt to strip the Clippers forward of the ball. Harris had to have a bandage placed on his nose before re-entering. ... Former Spurs center Boban Marjanovic received a huge ovation when he entered the game in the fourth quarter. . Williams missed his second straight game after injuring his left hamstring Dec. 10 against Phoenix. Williams is expected to miss two weeks. ... Mbah a Moute has sat out 24 straight games with a sore left knee.

Spurs: San Antonio forward Davis Bertans returned after missing two games following the birth of his first child. Bertans had five points and four rebounds in 17 minutes. ... The Spurs' 38 points in the first quarter were two shy of their season high, which they set Oct. 22 against the Lakers. ... Bryn Forbes joined Danny Green and Gary Neal as the only Spurs players to score 1,000 points and make 150 3-pointers in their first 150 games with the team. Forbes finished with 10 points and was 2 for 7 on 3-pointers.

Rivers still has fond memories of his two seasons playing for the Spurs from 1994-96, even if it meant he had to give up his Sundays.

"Playing here with David (Robinson) and Avery (Johnson), I mean, my goodness they inspired you to do a lot of things, even go to church," Rivers said, laughing. "That was a tough one. My Sundays were off, but I did (go)."

Aldridge isn't sure what to make of Marco Belinelli's fondness for taking off-balance shots rather than squaring up for a basket.