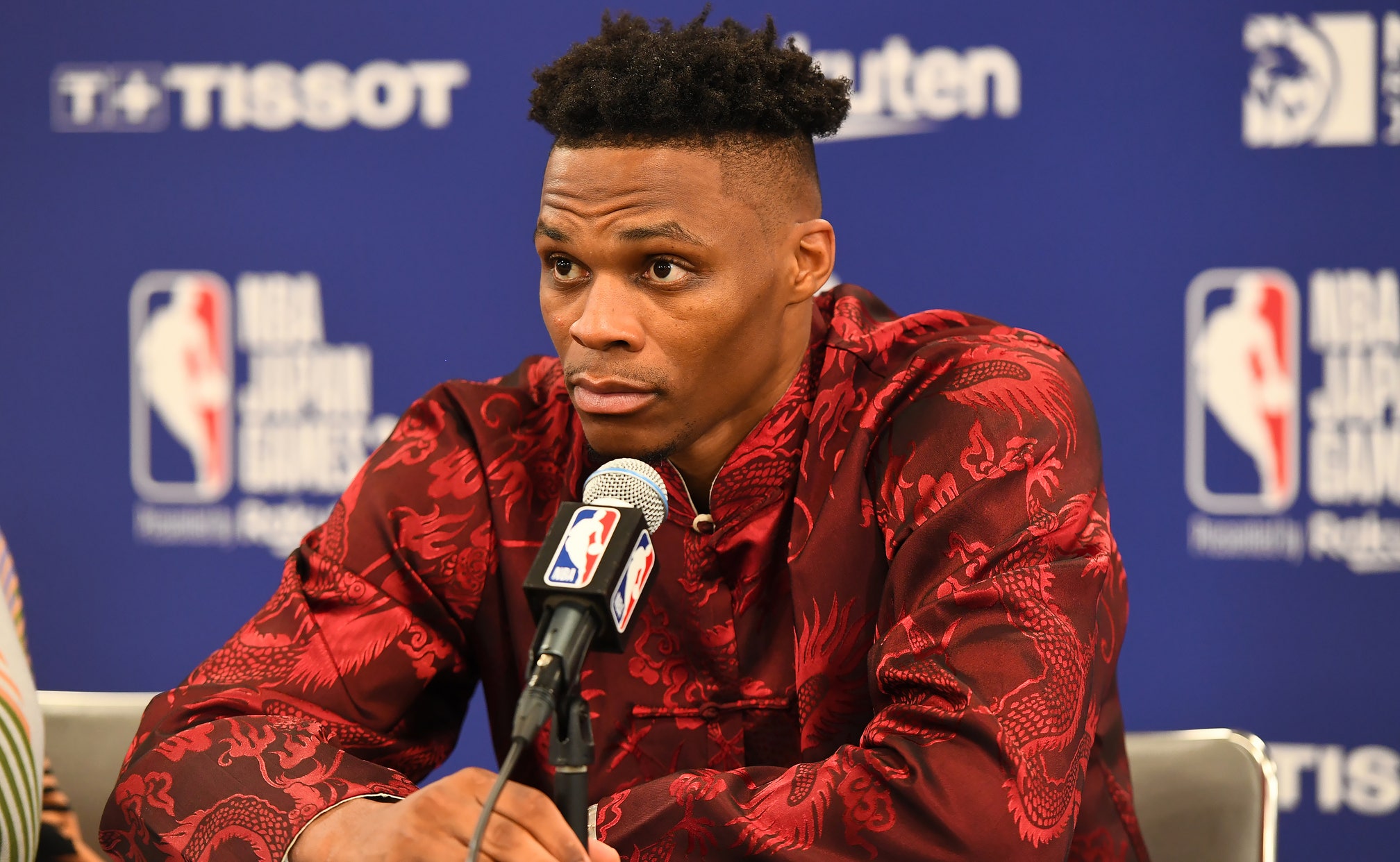 But he says there are two sides to him.

"When I'm on the floor, you're right, I don't have any friends. I'm not trying to be friendly," Westbrook said Saturday in his first interview since being traded to the Washington Wizards. "I'm trying to bust somebody's a--. I don't have time to try and shake hands and do all of that. I don't have time for it. And I'm never changing that."

Off the court, however, he's different. He prides himself on giving back to underserved communities. He's relatable, generous.

That's something that recently caught the eye of Wizards general manager Tommy Sheppard, who had long coveted Westbrook because of his basketball abilities, but acknowledged the two didn't have an "outstanding relationship" because Westbrook was one of the few players he didn't know.

But after Sheppard heard Westbrook left an $8,000 tip for housekeeping when his then-Houston Rockets were eliminated from the Western Conference semifinals at Walt Disney World near Orlando in September, Sheppard was moved.

"Hearing a story like that, I said, 'That's a Wizard,' " Sheppard said.

So, when the Wizards had an opportunity to trade John Wall and a lottery-protected 2023 first-round draft pick to the Rockets in exchange for Westbrook on Wednesday, there were no hesitations.

It was a move that shuffled two disgruntled point guards who are each earning more than $40 million a year. There were widespread reports Westbrook wanted to be traded but, when asked directly if they were true, he danced around the topic.

It worked out for the Wizards, who view the 32-year-old Westbrook as an upgrade at the point guard position.

Wall, whom the Wizards selected as the No. 1 overall pick in the 2010 NBA draft, missed the last two seasons because of injuries. Over his 10-season career with the Wizards, he was a five-time All-Star and one-time All-NBA player in 2017.

Sheppard said Westbrook gives the Wizards an upgrade in some much-needed areas.

He added one more notable upside.

"Fashion-wise, he probably picks our game up quite a bit," Sheppard said.

Wizards shooting guard Bradley Beal, however, acknowledged the trade was a bit of a shock as he saw his longtime backcourt mate leave D.C.

“It’s been an emotional week," said Beal, who developed into a superstar for the team in Wall's absence. "Definitely been some tough 24, 48, 72 hours here just letting it all seep in and realizing that your brother is no longer here with you no more. He’s off to something better."

But Beal was also quick to praise Westbrook's immense talent, calling him a triple-double machine. He doesn't foresee any problems playing alongside Westbrook despite his reputation of not getting along with other top talent.

"Russ is a pro. He's one of the best point guards in the game," Beal said. "For me to sit here and say he can't make things work with other guys, well, I can sit here and say I'm not like other guys either. Their games aren't like my game. I'm very adaptable."

The move reunites Westbrook with Wizards coach Scott Brooks, whom he played under on the Oklahoma City Thunder from 2008-2015. There's a friendship there. And a lot of respect. 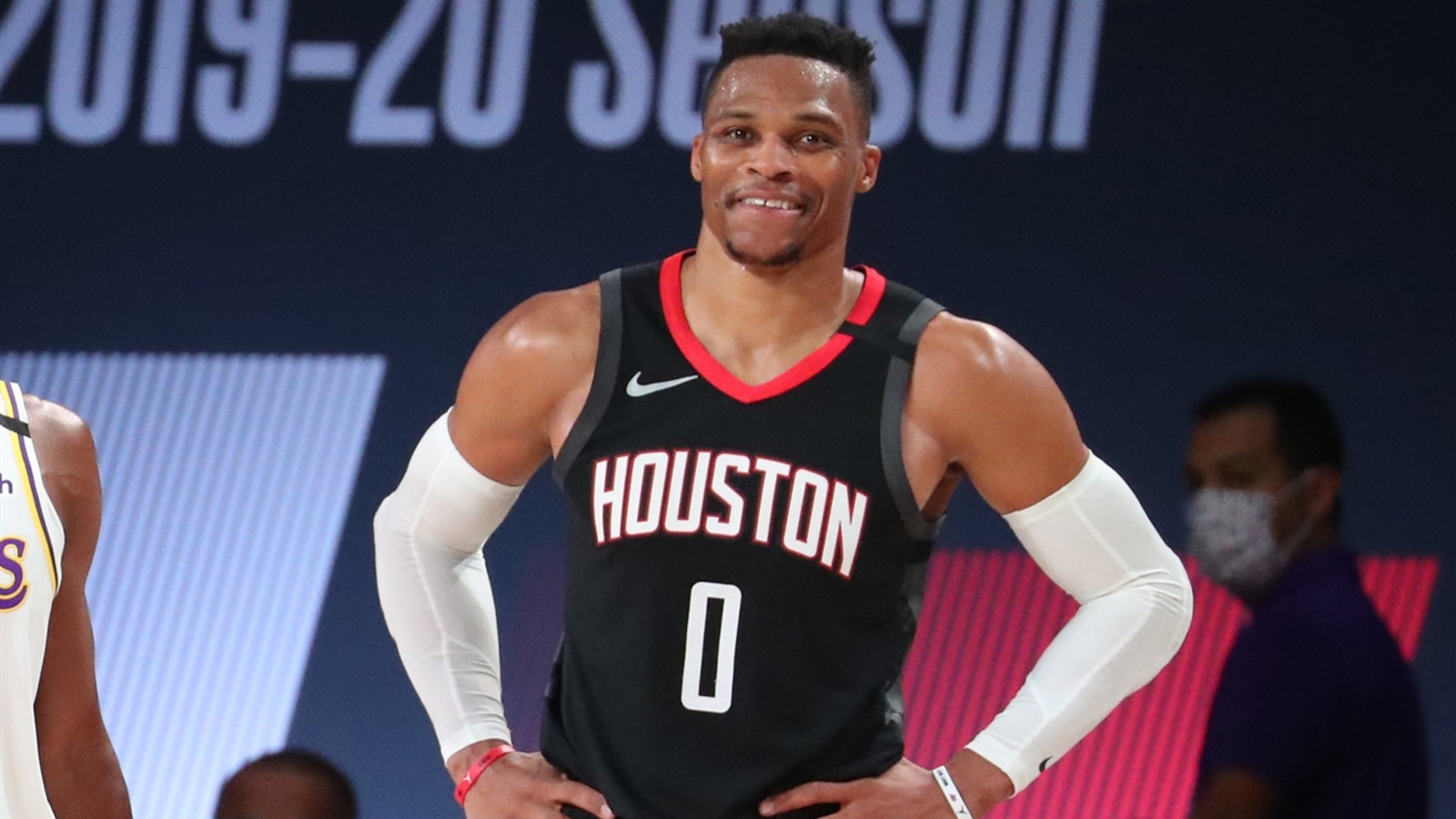 It began when Brooks gave Westbrook his first start at the point guard position as a rookie in 2008, ignoring widespread skepticism over whether he could excel at that spot.

“I didn’t care what the people were telling me what he’s not," Brooks said. "I saw and I coach what players do. And he was my point guard.”

And it created a bond between the two men, who remained in contact the last four years.

Brooks said Westbrook has developed in many ways over his 13-season career.

But there's one thing in particular that stands out to him.

"His ability to not always play in fifth gear," Brooks said. "He just would go. And I think as you grow up into the game and you learn about the game and your teammates, he picks and chooses his speed. And it's powerful. When he's in transition, it's intimidating."

Brooks said Westbrook's work ethic has always impressed him, adding the guard would work out before morning practices, even after the team returned from road trips in the middle of the night. But Brooks acknowledges he was a bit baffled by Westbrook at first. 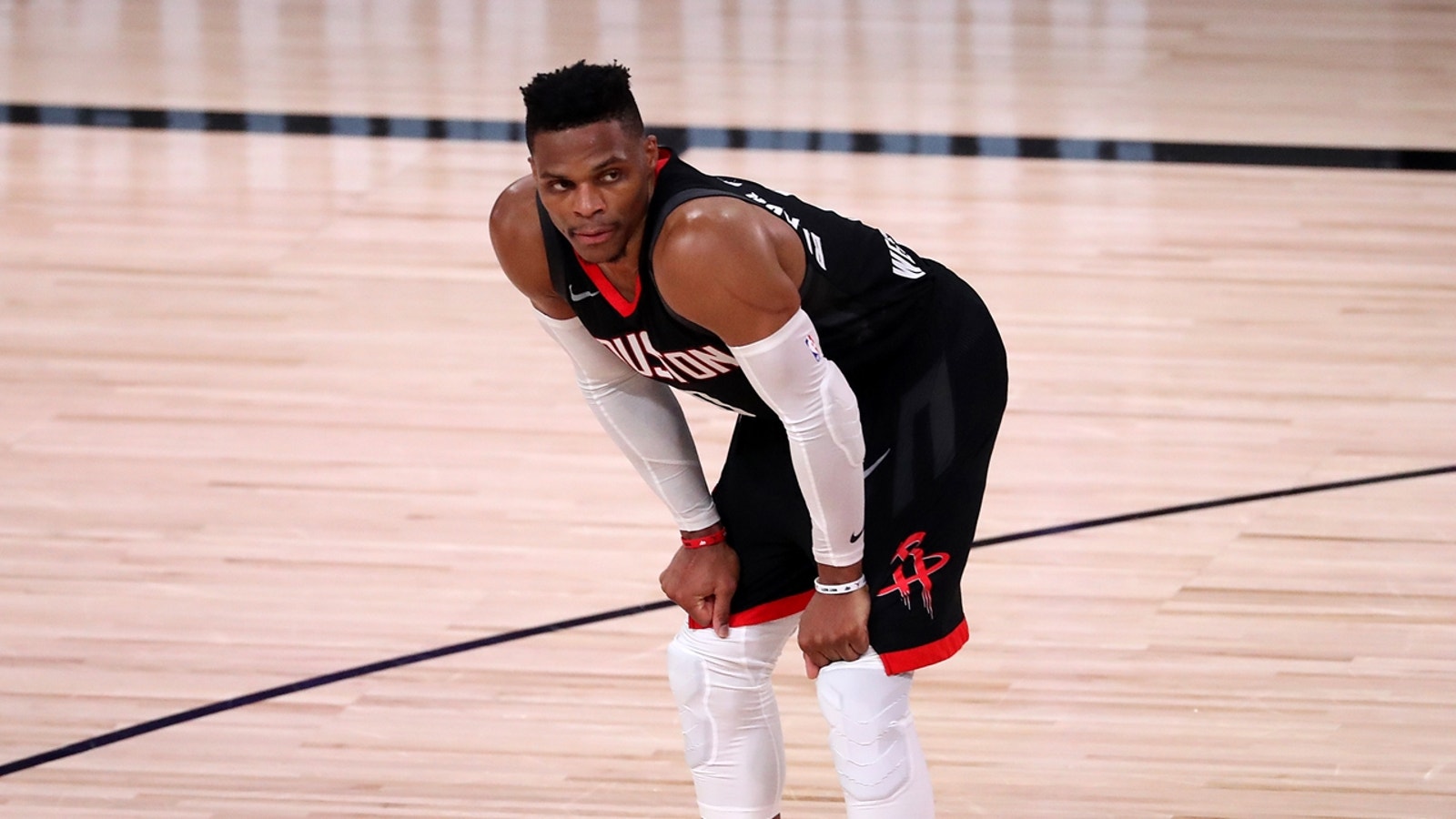 Brooks once asked Westbrook why he was always so angry before games.

But it didn't take long for Brooks to love Westbrook's edge.

Brooks affectionately calls Westbrook "old school," adding that he has never had to light a fire under him.

Westbrook said he's excited to help the Wizards become contenders. They missed the playoffs last season, finishing with a record of 25-47.

He wants to help guid the team's young core, which includes 13 players who have been in the league three years or fewer and nine players who are 24 years old or younger. 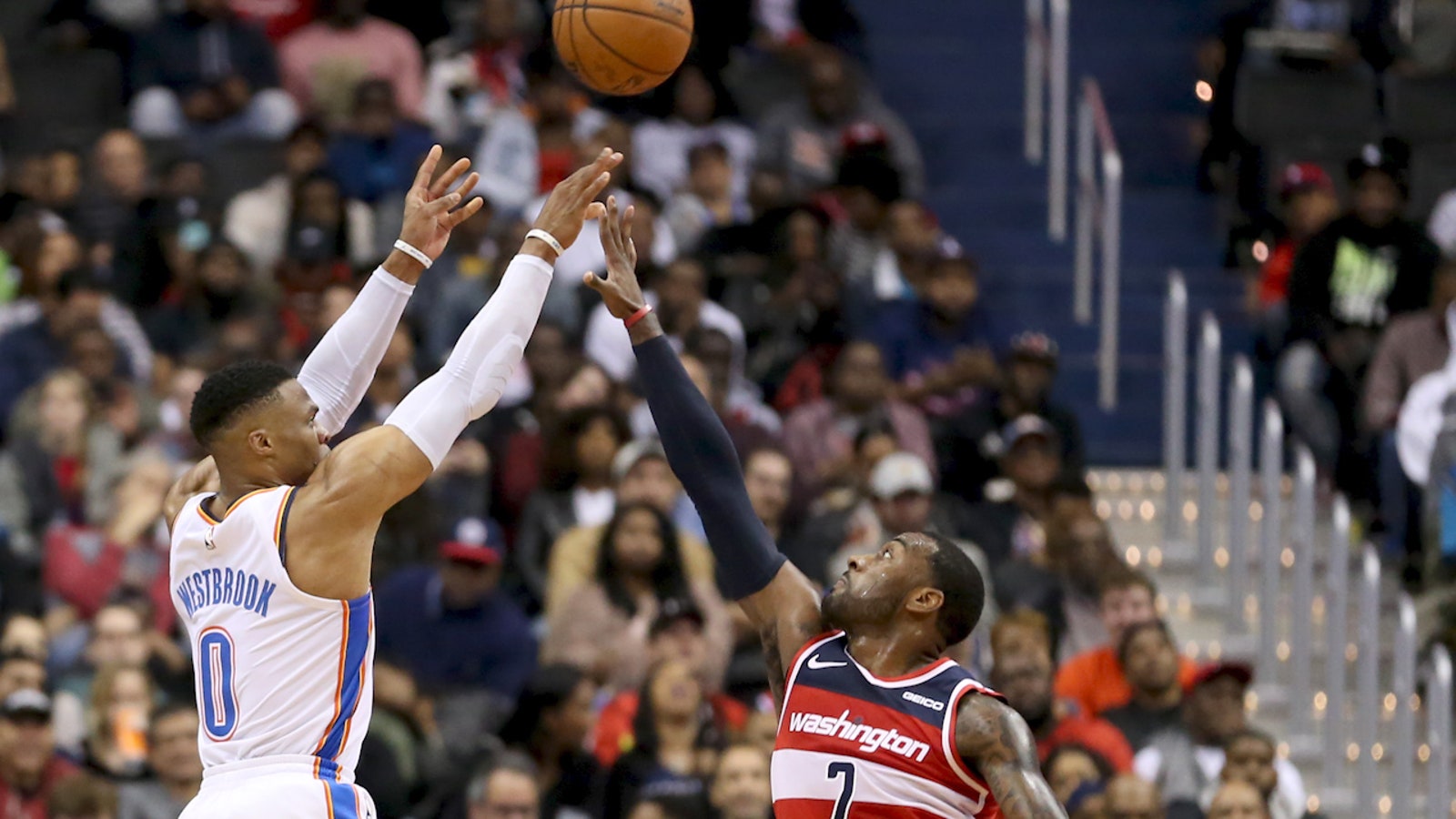 And he's excited to play alongside Beal, who averaged 30.5 points, 4.2 rebounds and 6.1 assists last season.

"Brad is superstar talent," Westbrook said. "He proved that and showed that last year. My job is to come in and continue to uplift him, try to push him to be better. That's all I'm here for. I'm happy to be his counterpart."

He wasn't allowed to participate yet, but he already feels comfortable and at home with his new team.

"I can already see in day one and two that we have a lot of guys that love to work, that want to put the work in, that understand what it's like to put the work in," he said. "For me, I'm just happy to be able to be a part of it."