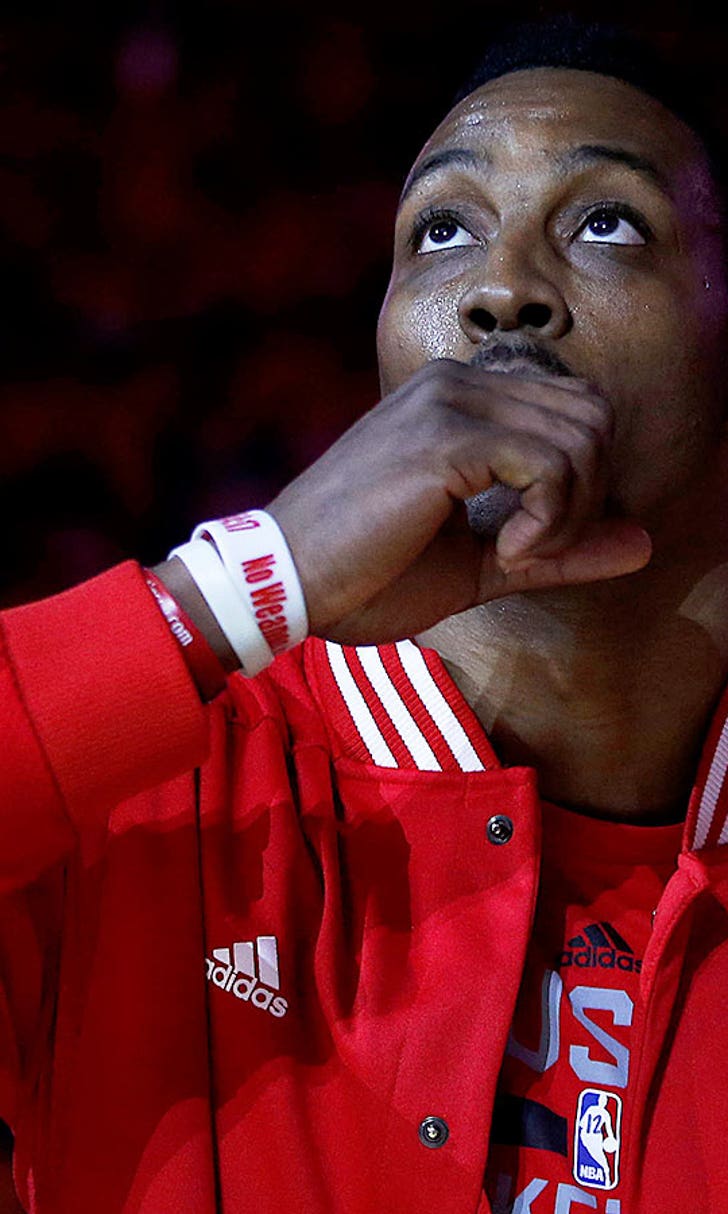 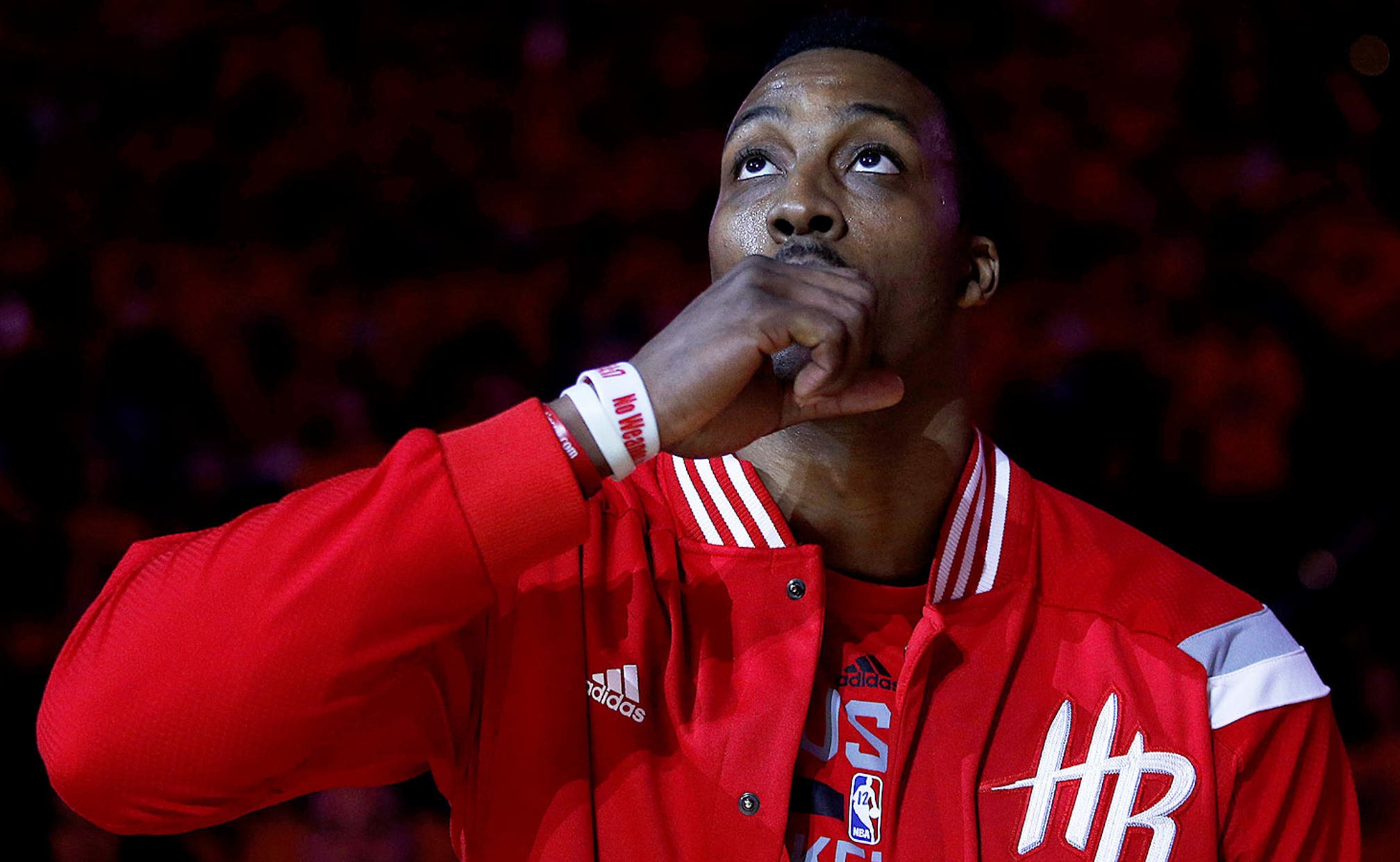 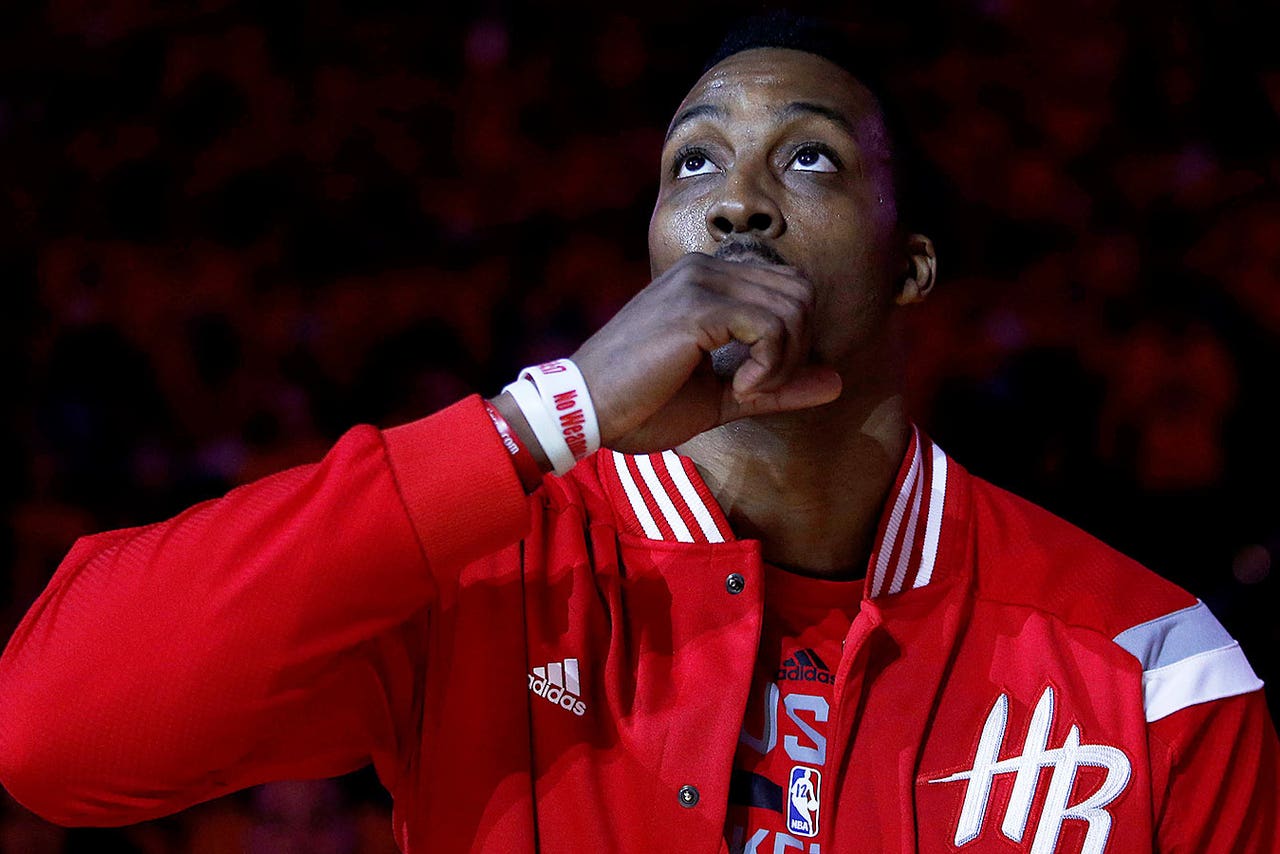 Dwight Howard was in the starting lineup for the Houston Rockets against the Golden State Warriors in Game 2 of the Western Conference finals.

The center had been questionable to play in Thursday night's game with a sprained left knee. He ran sprints to test his knee during pregame warmups at Oracle Arena before the Rockets made the announcement.

During the portion of the morning shootaround in San Francisco open to reporters, Howard worked on his post-up game -- turnaround hook shots, short floaters and even a few dunks -- while wearing a black brace around his knee.

Howard hurt his knee in a first-quarter collision with teammate Josh Smith in Golden State's series-opening win Tuesday night. He came back into the game in the second quarter but lacked his usual athleticism and eventually left less than a minute into the fourth. He finished with seven points and 13 rebounds in 26 minutes.

Howard's presence in the lineup was a major turnaround from Wednesday, when he sat out practice after an MRI confirmed the sprain. He had been optimistic after the morning shootaround but remained cautious.

"I want to be out there," Howard said, "but the most important thing is that I'm out there for the whole series."

Teammates said they were encouraged by Howard's progress and were optimistic he would play. Rockets coach Kevin McHale, who walks with a limp from injuries during his playing days, said the decision would be up to Howard and the team's medical staff.

"That was a whole different era, and I didn't listen to anybody," McHale said. "I wanted to play, and you have to have some part of you that feels that you can contribute no matter what shape you're in. You see me walk around now. I didn't always make the best decision."

Howard said his ability to jump felt "OK" at shootaround. He said the swelling and pain in his knee had subsided. Trainers taped up his knee, then put a strong black brace around it.

"It's kind of weird, but with the brace on it feels better," he said.

Howard missed 41 of 82 games during the regular season, mostly due to issues with his right knee, but had been playing as well as he has in years during the playoffs.

Nuggets Of Wisdom
For almost every team, down 2-1 in the conference finals to LeBron would be a must-win. Not for Denver, Martin Rogers explains.
8 hours ago

Super Herro Makes History
The Heat are on the verge of the Finals thanks to Tyler Herro, who joined Magic Johnson with one record and broke another.
8 hours ago

Lethargic In Los Angeles
The Lakers looked sluggish in their Game 3 loss to Denver. Will it wind up costing LeBron & Co. in the long run?
19 hours ago

'I Want to Win Tomorrow'
NASCAR's newest team owner, Michael Jordan, sat down with Bob Pockrass to explain his move into the Cup Series.
20 hours ago

A Shift In Momentum?
Boston welcomed the return of Gordon Hayward in Game 3, with hopes it will translate into a comeback series win over Miami.
22 hours ago
those were the latest stories
Want to see more?
View All Stories
Fox Sports™ and © 2020 Fox Media LLC and Fox Sports Interactive Media, LLC. All rights reserved. Use of this website (including any and all parts and components) constitutes your acceptance of these Terms of Use and Updated Privacy Policy. Advertising Choices. Do Not Sell my Personal Info