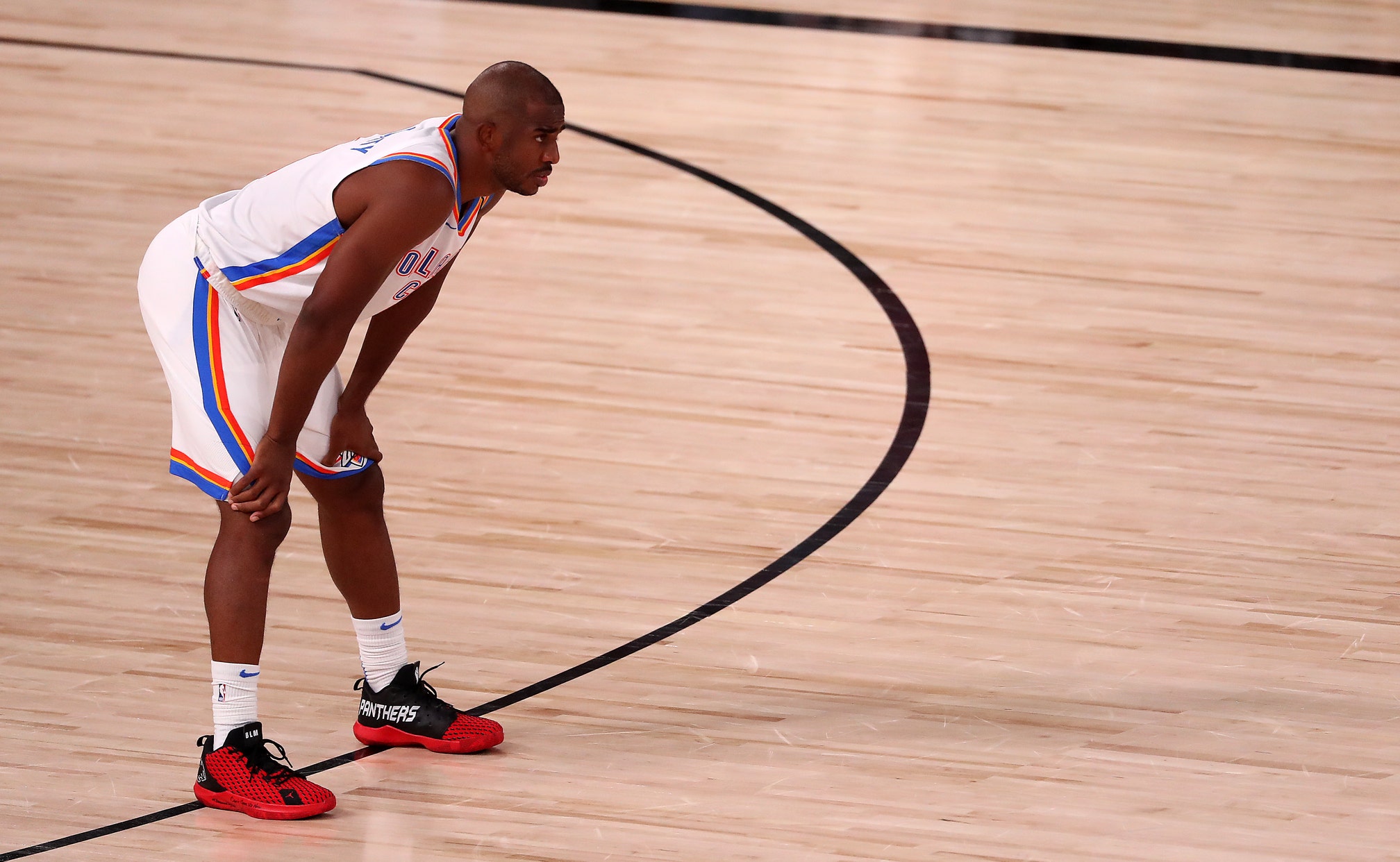 After finishing 8-0 in the NBA bubble seeding games, the Phoenix Suns are looking to continue their upward trend heading into the 2021 season.

And adding a future Hall of Famer to the mix might be a good starting point.

The first huge trade of the NBA offseason took place on Monday morning, with Oklahoma City shipping Chris Paul to Phoenix in exchange for a package that includes Kelly Oubre Jr. and Ricky Rubio.

FOX Sports' Chris Broussard reacted to the trade on Monday:

“Great move by the Suns. Chris Paul will help them in a way similar to how he helped OKC this past season. He’ll bring a winning pedigree and mentality, and still has the ability to help on the court – and can do that without stepping on the toes of Devin Booker and Deandre Ayton. Look for the Suns to fight for the sixth, seventh or eighth seed in the West.”

While Paul's numbers might not jump off the page, he helped carry the Thunder to the playoffs for the fifth straight season, where they pushed James Harden, Russell Westbrook and the Houston Rockets to seven games in the first round.

The trade will pair Paul with Phoenix's rising superstar Devin Booker, who put up 26.6 points, 6.5 assists and 4.2 rebounds per game for the Suns last season.

Most recently, Booker starred in the NBA bubble, scoring 30.5 points per game and leading Phoenix to an 8-0 record.

Oubre Jr. averaged 18.7 points and 6.4 rebounds for the Suns last season but did not factor into Phoenix's undefeated run in the NBA's bubble. Meanwhile, Rubio put up 13.0 points, 8.8 assists and 4.7 rebounds in his lone season with Phoenix.

For the Thunder, general manager Sam Presti adds another first-round selection to an already bountiful array of picks in the coming NBA drafts.