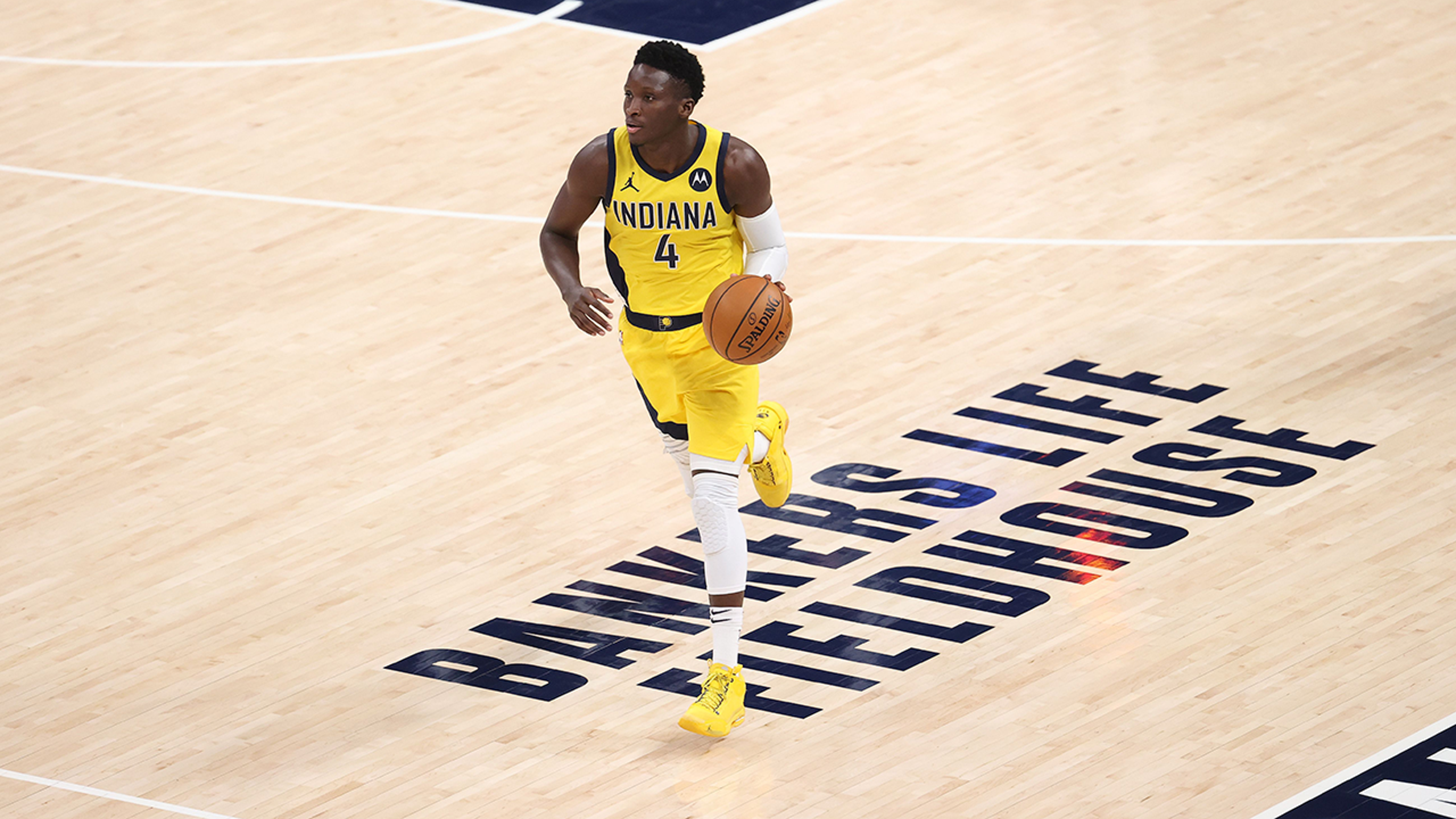 It's a new day in Houston.

In fact, it's the first day since October 2012 that James Harden is not a member of the Houston Rockets franchise.

During Harden's eight seasons in Houston, he led the Rockets to the postseason every year, including four 50-win seasons and a franchise-record 65 wins in 2017-18. The Rockets advanced to the Western Conference finals in 2015 and 2018, falling to the Golden State Warriors both times – the second time in Game 7.

When an iconic player departs a franchise, there is usually a rebuild.

It is almost impossible to get a player of Harden's caliber back in a trade, but the Rockets had a chance to get a proven All-Star in his prime when the Philadelphia 76ers offered a package featuring 24-year-old Ben Simmons.

They instead opted to take the Nets' offer centered on future first-round picks and pick swaps in a four-team deal that netted them a former All-Star.

The Rockets also received Indiana Pacers shooting guard Victor Oladpio. He will be paired with current point guard John Wall, whom the team traded Russell Westbrook for in the offseason, and center DeMarcus Cousins, whom they signed in free agency.

The new trio gives the Rockets three players who have a combined 10 All-Star appearances and four All-NBA selections -- as well as a trio of guys looking to prove that they are still the players they were before injuries derailed them.

According to Max Kellerman, this deal was a win for the Rockets, as he explained on ESPN's First Take.

"Let's not forget: Even though he is coming off of a catastrophic injury, Oladipo's only 28 years old. And Oladipo not that long ago was the best player on a dangerous playoff team."

That year, the Pacers earned the fifth seed in the Eastern Conference before falling to the Cleveland Cavaliers in seven games in the first round.

That was the only season in which Oladipo has been named an All-Star or All-NBA.

The skepticism around whether Oladipo can return to his form of three seasons ago is part of why Chris Broussard believes the Rockets didn't take the best deal possible for Harden.

On First Things First, Broussard laid out why the Sixers' package was better.

"I'm told that they [Sixers] offered Ben Simmons but also Matisse Thybulle and Tyrese Maxey. And Houston turned it down because they wanted draft picks. Houston made a mistake. They could lose Victor Oladipo at the end of this season or max him out. He's not a max player."

It remains to be seen what the Rockets can become with Oladipo in the fold next to Wall, Cousins and their prized free-agent signing, Christian Wood.

The Rockets currently sit at 3-6, two games out of the eighth spot in the Western Conference standings.

But the cupboard isn't bare in Houston.

If Oladipo still has gas left in the tank, it could end up being full.