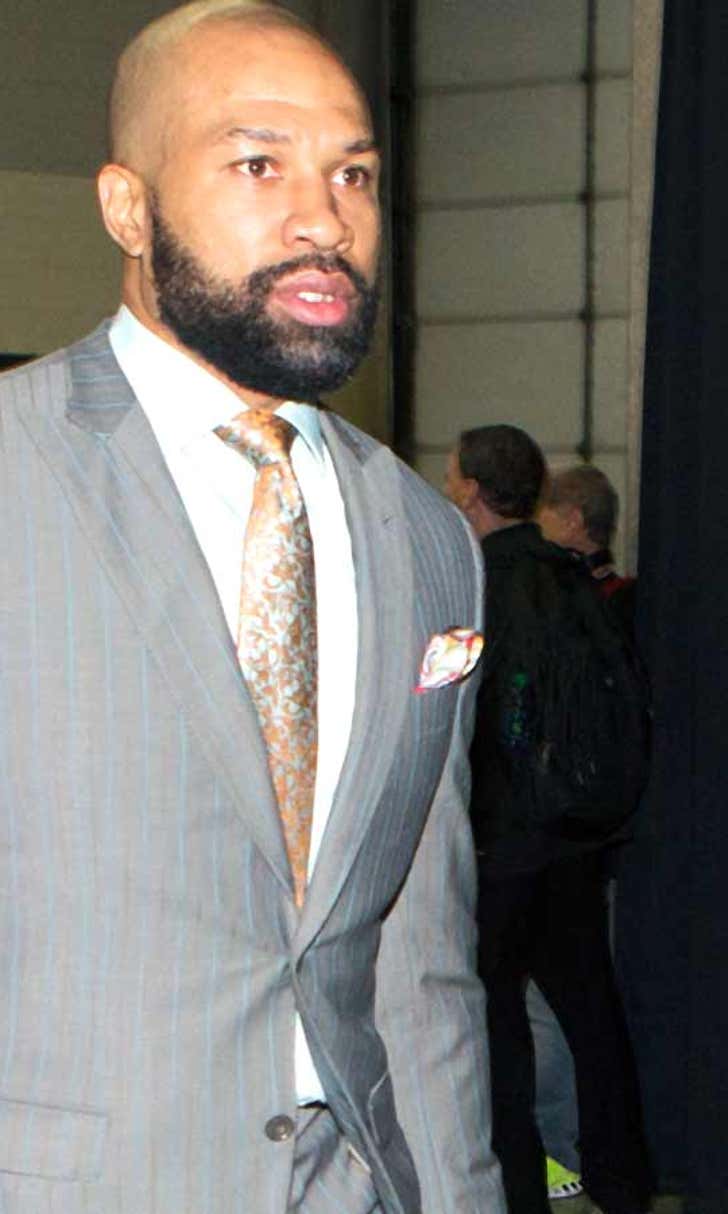 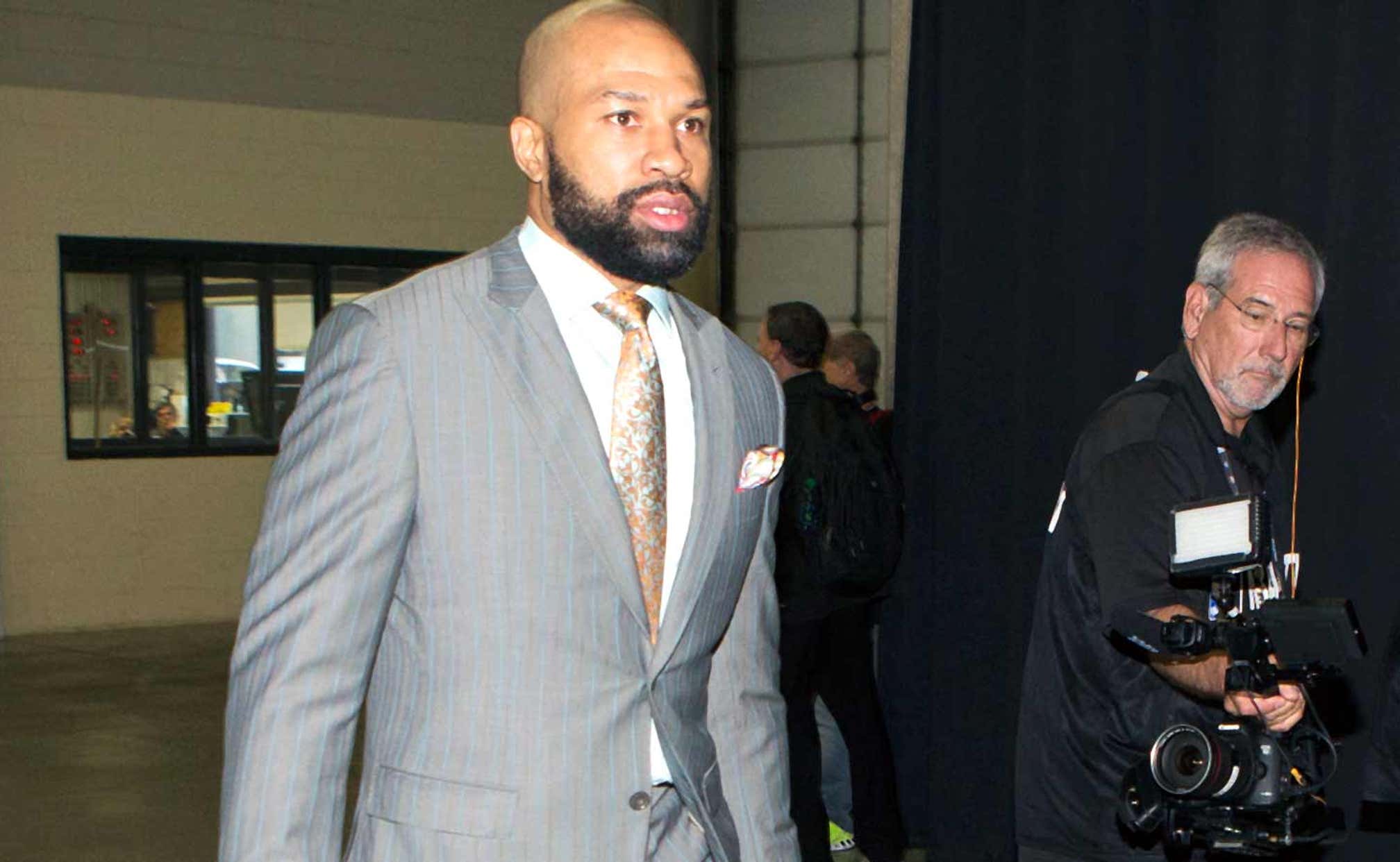 The New York Knicks hired Derek Fisher as their new coach on Tuesday, with Phil Jackson turning to one of his most trustworthy former players.

Just days after finishing his 18th season, Fisher was tabbed to replace Mike Woodson, whom Jackson fired after the season in his first major move as team president.

Fisher won five championships playing for Jackson with the Los Angeles Lakers and was known for his knack for hitting clutch postseason shots while playing an NBA-record 259 playoff games. Jackson said that "it has come clear to me" that he and Fisher can form a great partnership again, listing some of the coaches the 39-year-old Fisher had played under -- though leaving out himself.

"Derek has a long, laundry list of coaches that he's worked under and had a tremendous amount of success and we welcome him," Jackson said Tuesday during a press conference at the Knicks' training center in Greenburgh, New York.

The Knicks went 37-45 and missed the playoffs, just a year after winning the Atlantic Division and advancing to the Eastern Conference semifinals. Jackson, who declined an original offer to coach the team, was instead hired to run the front office in March and fired Woodson the week after the season ended.

He was seeking someone familiar with the triangle offense and someone with little or no coaching experience that he could teach. The Knicks had nearly closed a deal to hire Steve Kerr, who instead left the TNT broadcast table to take the Golden State Warriors' coaching job.

Terms of the Fisher's deal were not released, but Yahoo! Sports reported it to be for five years, $25 million -- about the same deal Kerr signed with the Warriors.

Jackson then turned his attention to Fisher, even getting fined $25,000 last week when he was too open about his interest in the point guard who was still under contract with the Thunder.

Fisher is respected among players around the league and was the president of the Players Association during the 2011 lockout. The Knicks have had nowhere near the success of Fisher or Jackson, but their new coach believes they can.

"We know without a doubt that we can re-establish what that means, what that is," Fisher said.

Fisher won three straight titles from 2000-02 on the Lakers teams led by Shaquille O'Neal and Kobe Bryant. He later returned to the Lakers and helped them win again in 2009 and '10.

The 6-foot-1 Fisher was still a key contributor for the Thunder this season, helping them reach the Western Conference finals. Fisher, who is tied for third on the career list for 3-pointers in the NBA Finals, said thinking like a coach helped him play so long despite never being the most athletic or talented player.

And now, like Jason Kidd in Brooklyn, he is prepared to make the leap right from the court to the bench without any coaching experience on any level.

They Knicks won titles in 1970 and 1973, when Jackson was a player in the organization, but have had little postseason success in this century. Fisher is the team's 26th coach, and Jackson, noticing how sharply Fisher was dressed in his brown suit in purple shirt, said the former first-round pick from Arkansas-Little Rock "always stepped into the vacuum of leadership."

And the Knicks hope that leadership, and Fisher's success as a player, will help reach a group that admittedly tuned Woodson out at times. And perhaps it can help persuade Carmelo Anthony, who can become a free agent in July, to remain in New York.

His presence will certainly give New York a credibility that only champions can bring.

"That's why I'm here," Fisher said. "That's why I took advantage of this opportunity, to be a part of that process."

Lethargic In Los Angeles
The Lakers looked sluggish in their Game 3 loss to Denver. Will it wind up costing LeBron & Co. in the long run?
17 mins ago 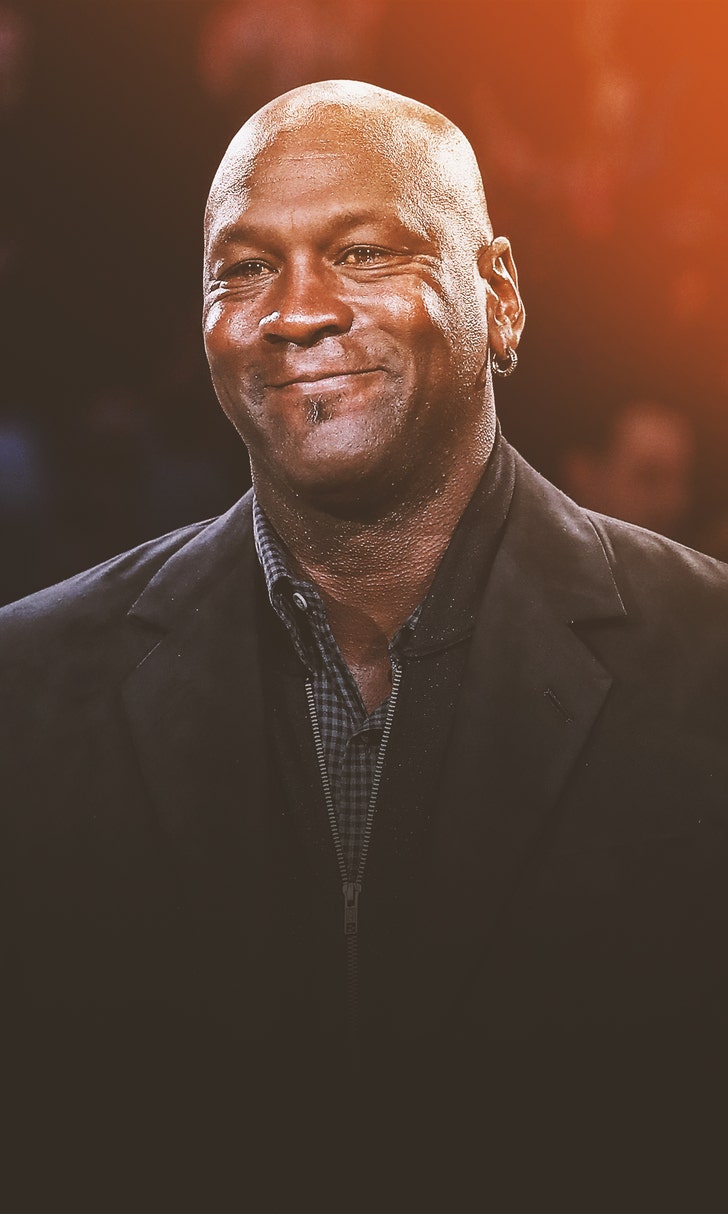 A Shift In Momentum?
Boston welcomed the return of Gordon Hayward in Game 3, with hopes it will translate into a comeback series win over Miami.
3 hours ago

Nuggets Hold On To Win Game 3
Denver has become known for staging epic comebacks, but it needed to stave off one to claw back into the West Finals.
12 hours ago

Bulls Hire Billy Donovan
Unemployment didn't last long for Billy Donovan, who was Tuesday hired to take the reins in Chicago.
17 hours ago
those were the latest stories
Want to see more?
View All Stories
Fox Sports™ and © 2020 Fox Media LLC and Fox Sports Interactive Media, LLC. All rights reserved. Use of this website (including any and all parts and components) constitutes your acceptance of these Terms of Use and Updated Privacy Policy. Advertising Choices. Do Not Sell my Personal Info