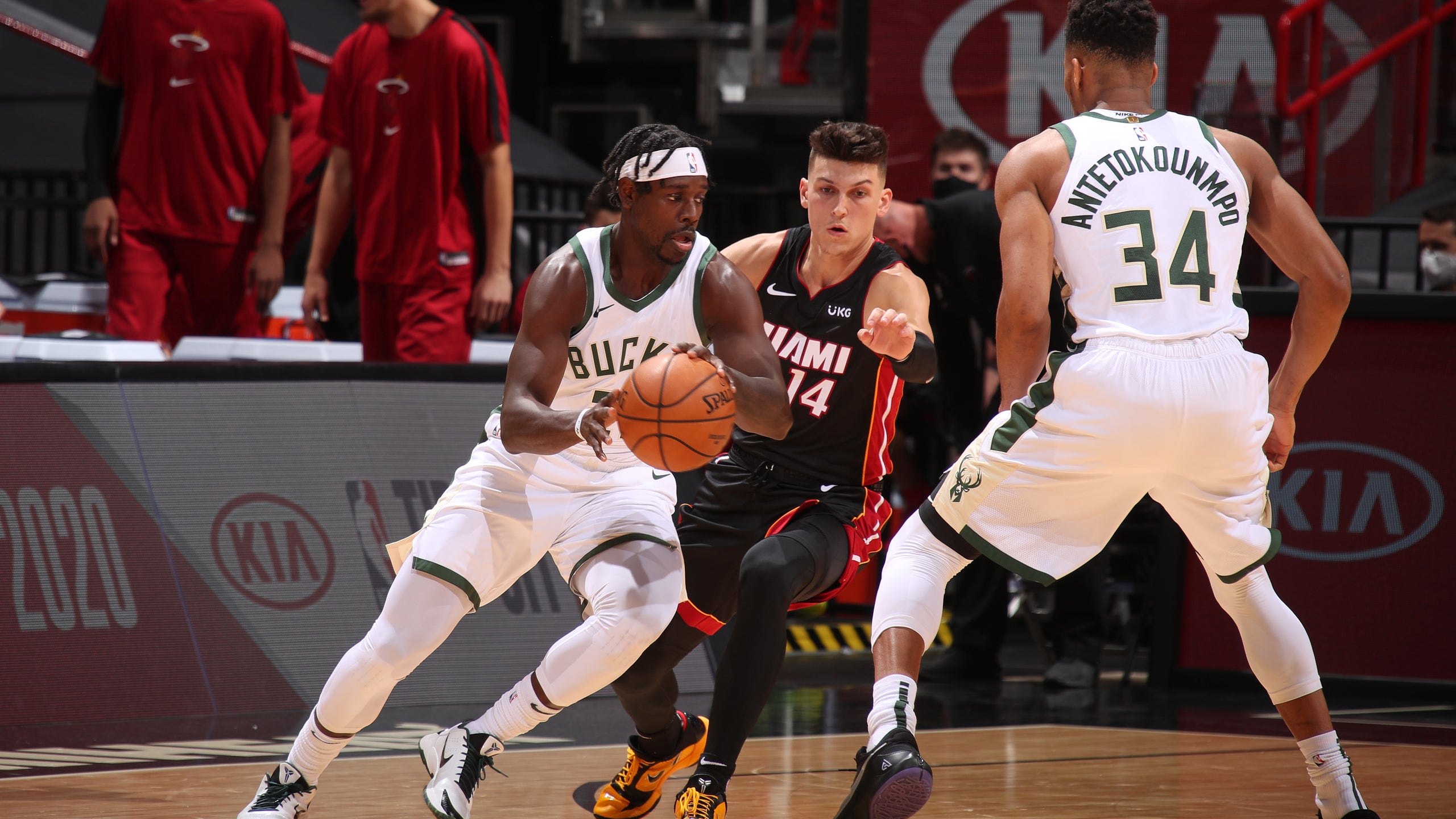 Tuesday night's NBA slate was headlined by a dynamite double-header on TNT.

The first matchup was between the Milwaukee Bucks and defending Eastern Conference champions, the Miami Heat, followed by the New Orleans Pelicans taking on the Phoenix Suns.

Here are the top takeaways from each matchup.

Deservedly so, Giannis Antetokounmpo is at the top of the scouting reports for opposing teams when facing the Bucks.

But if Milwaukee is going to shoot anywhere near where it shot on Tuesday night, Giannis might be the least of teams' worries.

The Bucks made 16 3-pointers in the first half on their way to setting a new NBA record for threes made in a game with 29.

All-Star guard Khris Middleton led the way for Milwaukee, scoring a game-high 25 points and shooting 4-of-5 from beyond the arc.

Antetokounmpo finished with nine points, six rebounds and six assists in 24 minutes, but his services were not necessarily needed, considering Milwaukee led the Jimmy Butler-less Heat 46-26 after the first quarter.

The Suns haven't made the playoffs in 11 seasons, but after going 8-0 in the NBA bubble seeding games at the end of last season, and acquiring Chris Paul in the offseason, it appears Phoenix is all in on breaking that streak, evidenced by their 111-86 beatdown of New Orleans on Tuesday.

Much of the Suns' success will hinge on the depth of their roster, which tonight featured six players scoring in double figures, led by the 21 points and five made three-pointers from Jae Crowder.

While Crowder was dominant in his role tonight, it was the Suns' bench that ultimately proved to be the difference.

As a team, the Suns made 19 3-pointers, outscoring the Pelicans by 48 from behind the arc.

The Suns All-Star backcourt duo of Paul and Devin Booker only combined to score 17 points, but similar to Milwaukee, Phoenix didn't need its superstar(s) to emerge with a victory.

Still, Paul made history in Tuesday's win, recording 38 assists through his first four games with the Suns.