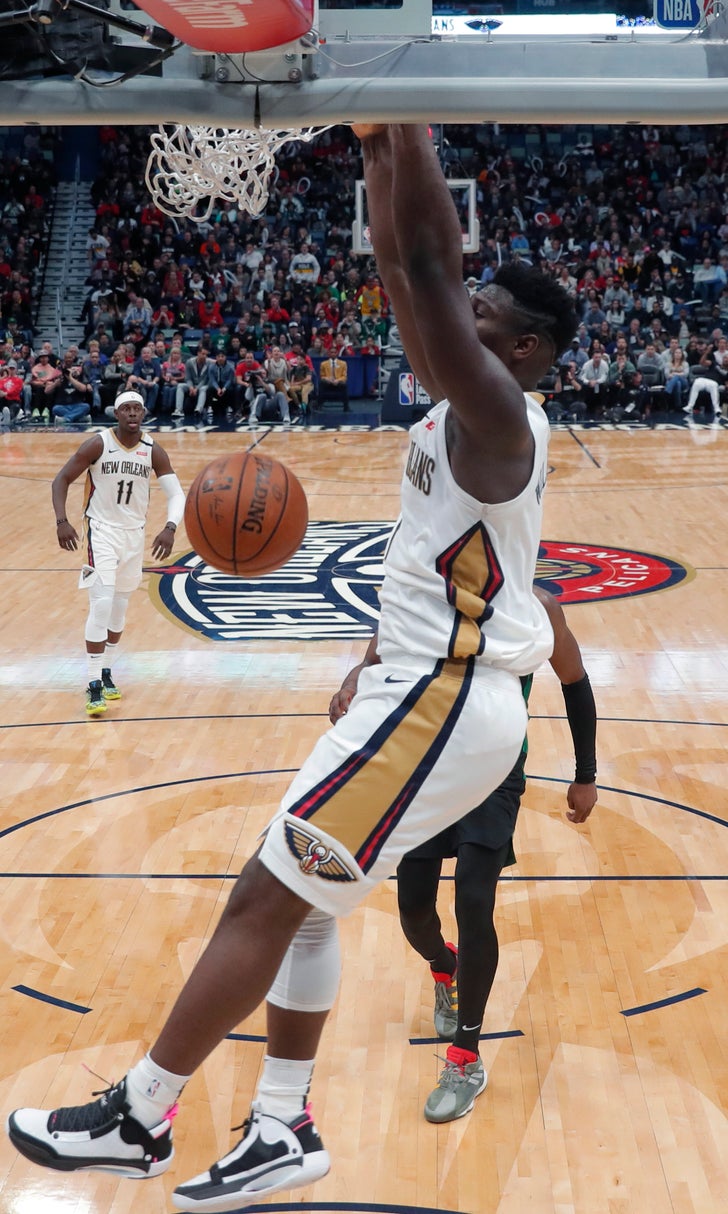 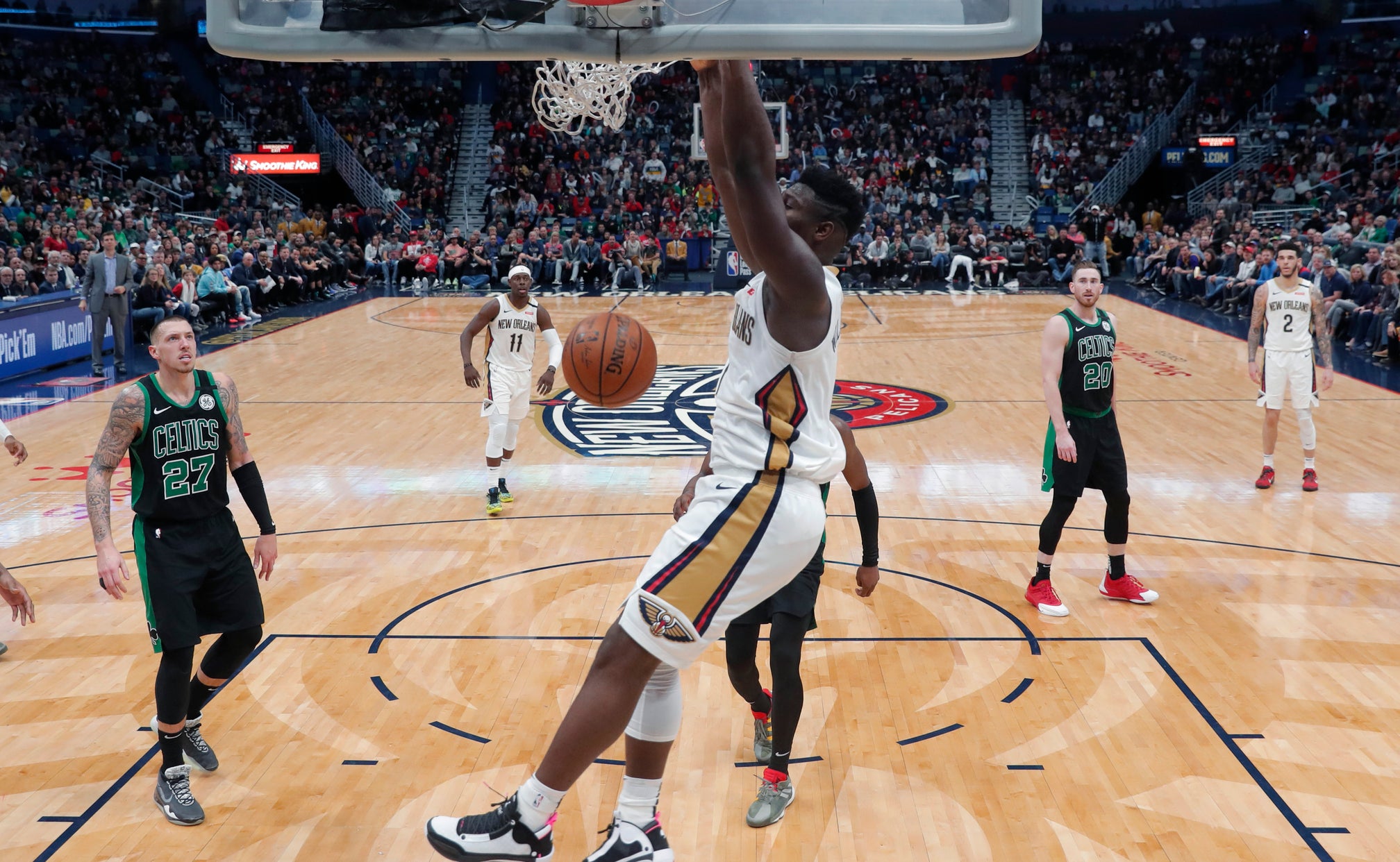 PORTLAND, Ore. (AP) — Damian Lillard had 50 points and 13 assists, becoming the first Portland player with 40-plus points in three straight games, and the Trail Blazers beat the Indiana Pacers 139-129 on a Sunday night marked by grief over the death of NBA great Kobe Bryant.

The Trail Blazers honored Bryant with 24 seconds of silence before the game, and the team took a 24-second shot-clock violation at the start before the Pacers took an eight-second timeline penalty, recognizing Bryant's jersey numbers. Several fans at the Moda Center wore Lakers jerseys in salute to a player who spent his entire career with rival Los Angeles.

CJ McCollum returned after a three-game absence because of an ankle injury and added 28 points for the Blazers . Hassan Whiteside had 21 points and 14 rebounds.

Domantas Sabonis — whose father, Arvydas, played for the Blazers, had 27 points, 14 assists and 11 rebounds for the Pacers for his second career triple-double. His first came last Sunday at Denver.

There was a pall over the game because of the helicopter crash earlier Sunday that killed Bryant, one of his daughters, and seven others in Southern California.

NEW ORLEANS (AP) — Zion Williamson had 21 points and 11 rebounds in 27 minutes and New Orleans beat Boston for its first victory since the rookie star joined the lineup.

Williamson played his most minutes yet in his third game back from arthroscopic knee surgery performed the day before the regular season opened. He had played the first five or so minutes of each quarter in his first two games, but the Pelicans made an adjustment to his fourth-quarter usage to allow the NBA's top overall draft choice out of Duke to be on the court for the final minutes Sunday.

It paid off. Williamson scored eight points in the final three minutes — highlighted by a dunk on a baseline cut as he was fouled — and the Pelicans pulled away.

Kemba Walker scored 35 points, Gordon Hayward had 23 and Jaylen Brown 20 for the Celtics. They fell behind for good in the first quarter and trailed by as many as 23 in the third quarter.

Madison Square Garden was the site of some of Bryant's biggest highlights and his picture was on the marquis outside. Inside, there was little of the energy that MSG contained whenever Bryant played here, save for a “Kobe! Kobe!” chant after a moment of silence before the game.

Spencer Dinwiddie, back in the starting lineup with Irving out, scored 23 points for the Nets. Irving was out the arena and warming up before leaving after learning the news about Bryant. The Nets said he was not with the team for personal reasons.

ATLANTA (AP) — Trae Young had 45 points and 14 assists in an emotional game for the first-time All-Star, helping Atlanta beat Washington.

Young looked up toward the rafters several times to honor Kobe Bryant, his mentor and favorite NBA star who died in a helicopter crash earlier in the day. Young wore a No. 8 jersey to acknowledge Bryant during the first few seconds of the game and dressed up his shoes with a heartfelt tribute as well.

The teams each dribbled out the 24-second shot clock in remembrance of the No. 24 worn by Kobe Bryant, the former NBA great killed in a helicopter crash at age 41.

Leonard scored seven straight points for the Clippers in the quarter to help Los Angeles stretch a four-point lead to 10 as they pulled away to their sixth win in seven games.

Landry Shamel and Montrezl Harrell scored 19 points each for the Clippers. Leonard had 14 rebounds, leading Los Angeles to a 53-45 advantage.

DENVER (AP) — Nikola Jokic had 24 points, 12 rebounds and 11 assists for his ninth triple-double of the season and Jerami Grant scored a season-high 25 points in Denver's victory over Houston.

The Nuggets held a moment of silence before the tip-off, with fans chanting, "Kobe! Kobe!" right after.

Russell Westbrook scored 22 of his 32 points in the second half for Houston. James Harden sat out with a bruised left thigh.

MEMPHIS, Tenn. (AP) — Ja Morant scored 14 of his 23 points in the fourth quarter to help Memphis hold off Phoenix.

Playing hours after news that former NBA star Kobe Bryant was killed in a helicopter accident, the Grizzlies won the opening tip and immediately took a 24-second clock violation. When the Suns took possession, they stayed in the backcourt for an 8-second violation — the 24 and 8 representing Bryant’s two numbers during his NBA career. As the Memphis crowd rose in appreciation of Bryant, they began chanting “Kobe! Kobe!"

LaVar Talks His Stuff at Club Shay Shay
LaVar Ball stopped by the club to talk LaMelo being drafted, his three sons playing together, and going one-on-one with MJ.
3 hours ago

NBA Free Agency Tracker
The NBA free agency period is officially underway. Stay up to date with all the latest moves across the Association!
7 hours ago