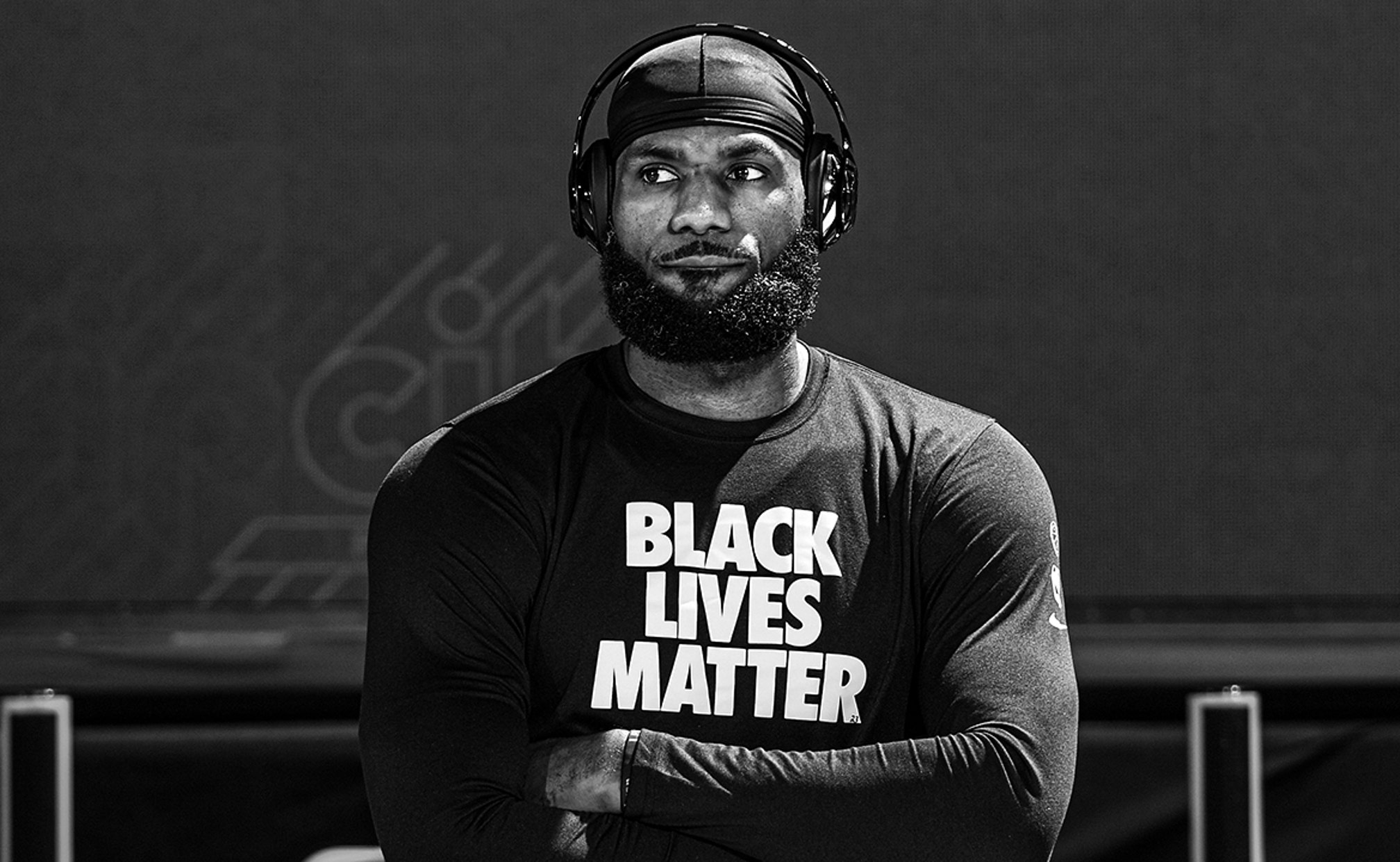 Five months ago, LeBron James made an emotional plea for change.

James had just led the Lakers to a victory over the Portland Trail Blazers in Game 4 of their first-round playoff series at the Walt Disney World bubble, but instead of enjoying the win, the face of the league was overcome with anguish.

"We are scared as Black people in America," James said August 24. "Black men, Black women, Black kids – we are terrified."

The players went on to take a stand.

The Milwaukee Bucks refused to take the court against the Orlando Magic for Game 5 of their first round series August 26, a move that led to basketball being paused for three days.

But Tuesday, after prosecutors decided not to file criminal charges against the officers involved in Blake's shooting, many players couldn't help but feel it was also all for naught.

"To hear what happened in Kenosha today was a blow to the heart and to the gut," said James after the Lakers' 94-92 win over the Memphis Grizzlies.

Added Anthony Davis: "It feels like we let the family down."

NBA players chose to leave their families and be isolated in a bubble near Orlando amid a global pandemic last summer not only to crown a champion – they also wanted to effect social change.

The resumed season came on the heels of the death of George Floyd, a 46-year-old Black man, who died after a white police officer knelt on his neck for nearly nine minutes in Minneapolis on May 29.

The nation was outraged.

And a big, bright spotlight was on the NBA.

Some players questioned whether playing basketball would distract from the fight for racial equality, but the vast majority decided playing in front of national audiences would be an opportunity to further disseminate their messages.

Before and after games, many press conferences were taken over by players demanding justice for Breonna Taylor, a 26-year-old Black woman who was shot in her apartment by plainclothes officers during a botched raid on March 13 in Louisville, Kentucky.

The words "Blacks Lives Matter" were written on the courts. Social justice messages were on the backs of many players' jerseys.

But when Blake was shot in the middle of their efforts, their collective grief was crushing.

During their boycott, the players discussed how to proceed, eventually returning to the court re-energized after coming to an agreement with the league and ownership to create a social justice coalition, turn as many arenas as possible into voting centers, and use advertising spots during playoff games to promote civic engagement.

But the wound was reopened Tuesday after the decision in Blake's case was announced.

The Bucks issued a tweet which said, in part, "Reoccurring instances of excessive use of force and immediate escalation when engaging the Black community must stop."

Wesley Matthews, who played for the Bucks last season before signing with the Lakers in November, called the news "disheartening," but added that players – and the rest of the nation – should continue to do everything in their power to effect change.

"It can’t deter us," Matthews said. "We can’t lose our heads. We can’t start rioting. We can’t. I mean, we have to be calculated. We have to keep our foot on the pedal. We have to continue to keep our foot on the gas ... We can vote and do all those things with the president but, at the same time, we have to make sure that we protect our state, and vote in-state, and understand that what’s going on is real. This isn’t made up, this isn’t a lie, this isn’t fabricated. This is lives. These are lives right here.

He's long used his massive platform of a combined 125.2 million followers on Twitter and Instagram to promote social justice. He helped found More Than A Vote in June to excite the minority vote across the nation. And after playing Tuesday, he was planning to spend the evening closely following the results of the US Senate runoff elections in Georgia.

James was disappointed by the Blake decision.

But he wasn't deterred.

"I will continue to use my platform, use my influence to continue to empower people, to continue to enlighten people on things that’s going on that I feel are just wrong," James said. "And today is one of those instances where we as a community feel like the verdict on that particular officer was just wrong.

"There’s nothing else to say more about it."

Reactions To Harden's Impressive Debut
The Beard was in classic form in his first game with Brooklyn, making NBA history along the way. Here's how people responded.
23 hours ago